Birmingham (United Kingdom) – detailed information about the city with photo. The main attractions of Birmingham with a description, guides and maps.

Birmingham is the UK’s second largest city and center West Midlands county. Once the flagship of the industrial revolution, now it is a modern metropolis with a vibrant cultural life. Birmingham is a city with an important industrial heritage and rich the history that in the Victorian era bore the nickname “workshop of the world “and the” city of 1000 crafts “. His most remarkable feature considered to be a vast network of channels that is evidence of the past industrial development. There are more channels in Birmingham than in Venice and Amsterdam. Unfortunately, the historic center of the city was significantly destroyed during World War II, and the modern architecture strongly distorted the appearance of the city.

Birmingham is located in central England on a hilly plateau. between the valleys of the Severn and Trent rivers. The city has a moderate marine climate with a bit cooler in winter and warmer in summer than in the rest of the UK. 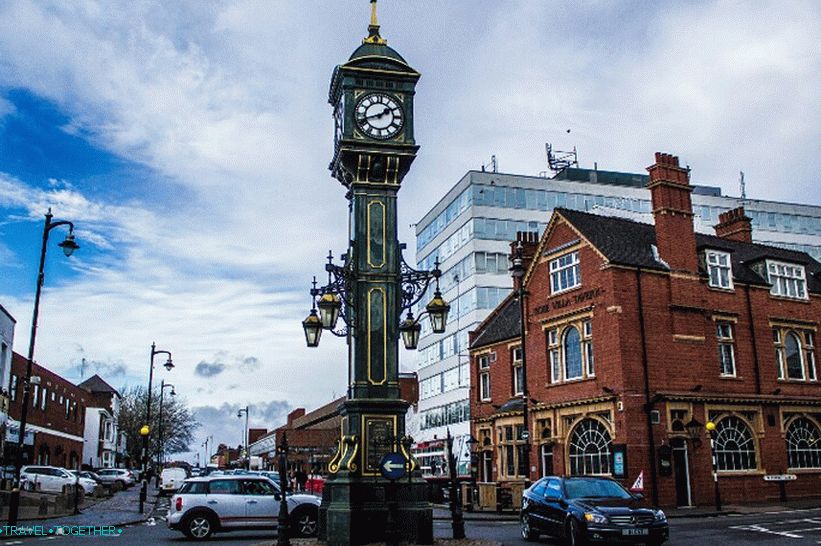 Birmingham as a settlement was founded in the 6th – 7th century. Modern the name comes from Old English Beormingahām, which means “house” or “village”. The first mention of the city dates from 1166 year By the 13th century, Birmingham became a major trading center and famous for its fairs. 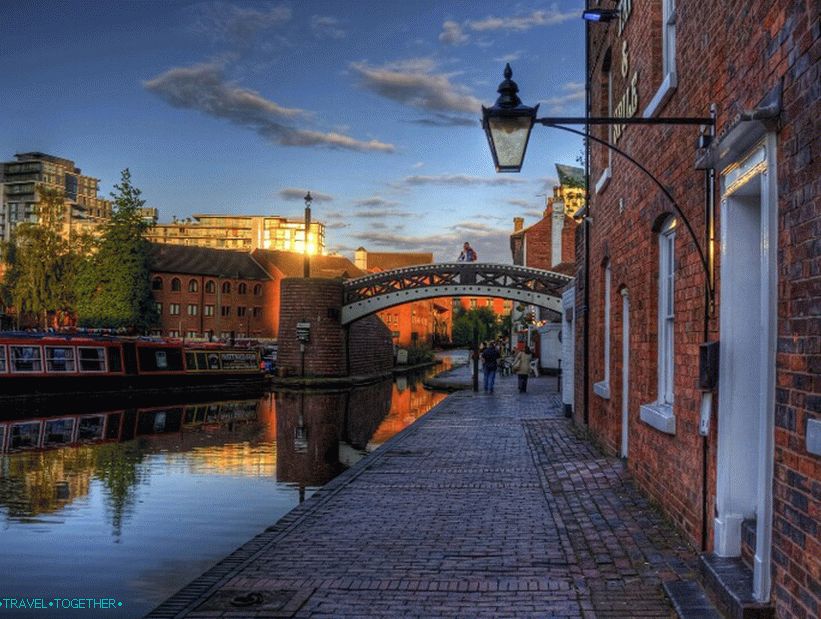 Birmingham began to flourish in the 16th century, when there were built metallurgical plants. By the 18th century, the city becomes one of the largest industrial centers of England. Also birmingham attracts many famous scientists and engineers who in this period lived and worked here. 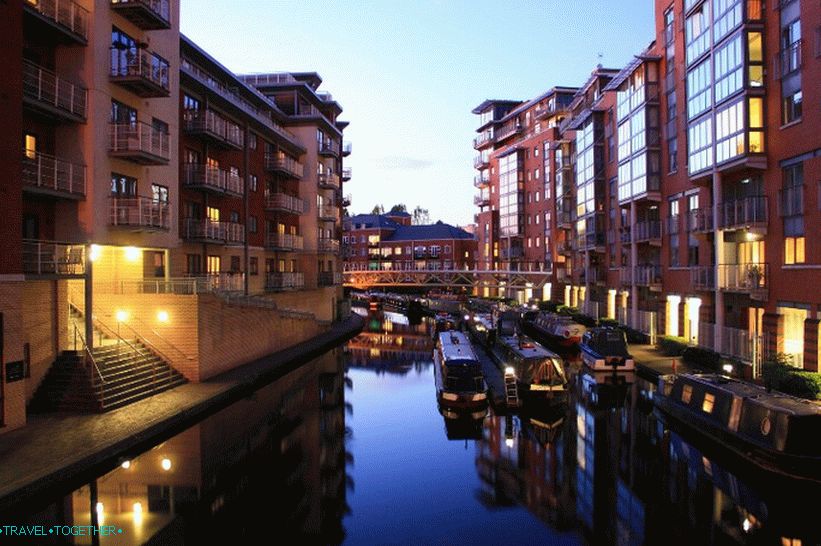 In the 20th century, the city became a major center of military industry. This was the reason for the massive bombing. cities by German aviation that significantly damaged historical Center.

The historic center of Birmingham was severely destroyed during World War II. Now it is a mixture classical Victorian architecture and modern buildings. One of the most beautiful buildings in Birmingham is the City Hall, which is considered a masterpiece of 19th century architecture. This is impressive the structure resembles an ancient Roman temple and has 40 ornate decorated Corinthian marble columns. 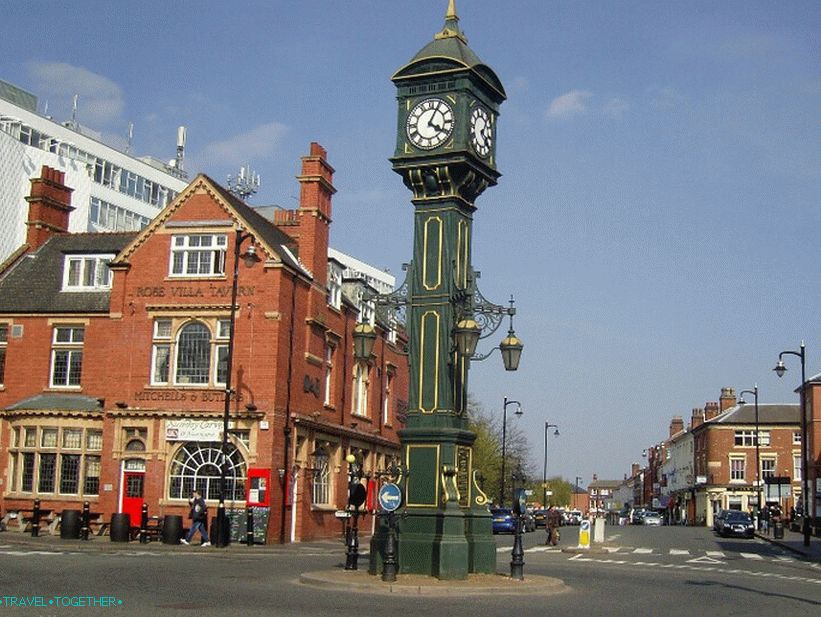 Jewelery quarter – the pride of Birmingham and the area with the rich traditions, which includes 200 jewelry workshops. Also here the jewelers museum is located. 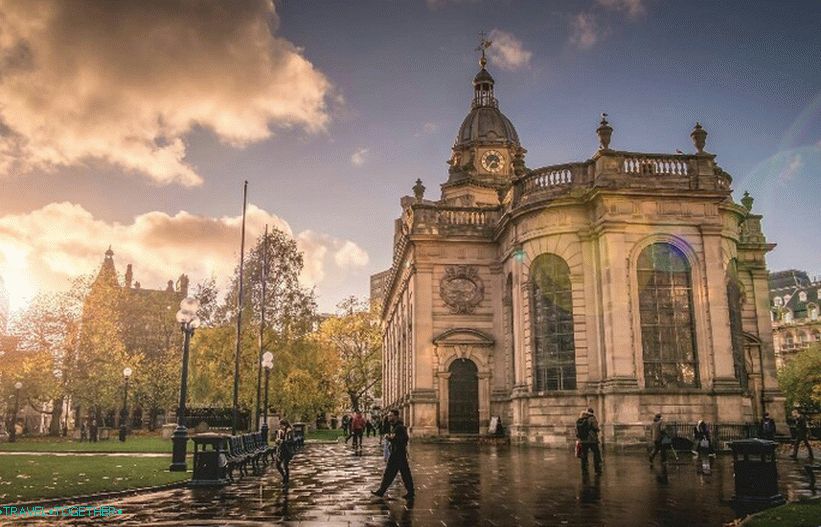 Cathedral of sv. Philip – Cathedral, built in the first half of the 18th century. The building was destroyed during the 1940 bombing raids. year and rebuilt in 1948. 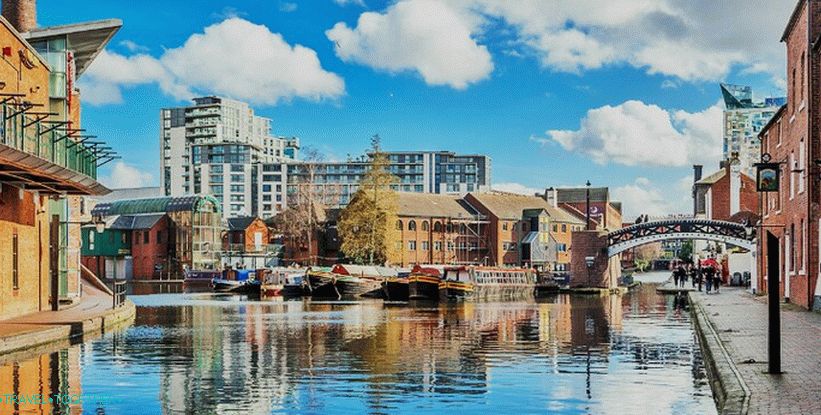 Birmingham’s canals are its true attraction. The oldest of them date back to the 18th century and were built during industrial revolution. The total length of these waterways several hundred kilometers that exceeds the length of the channels Venice 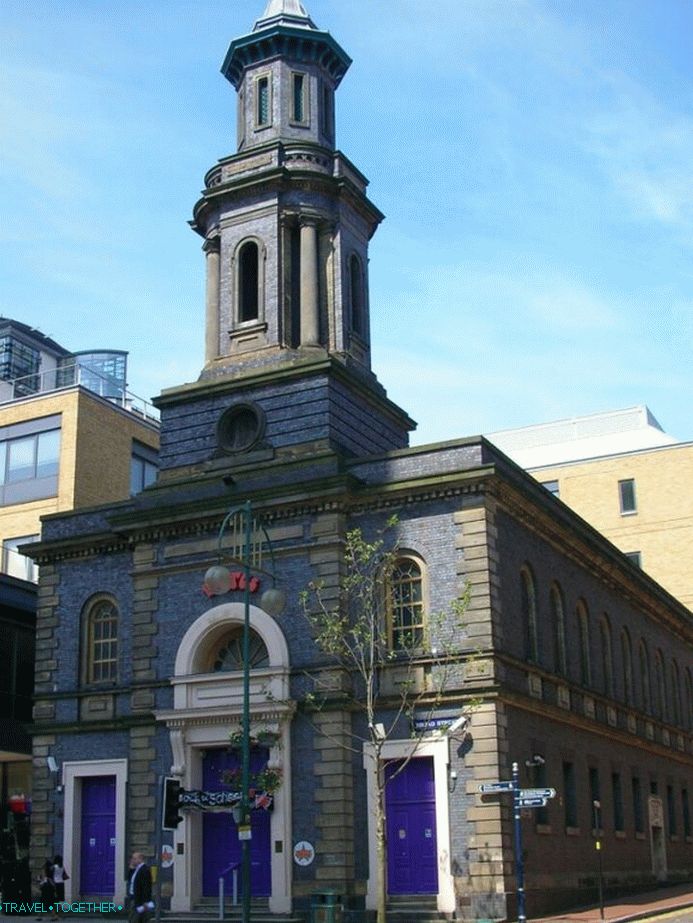 Church on Broad Street – former Presbyterian Church, built in the middle of the 19th century. 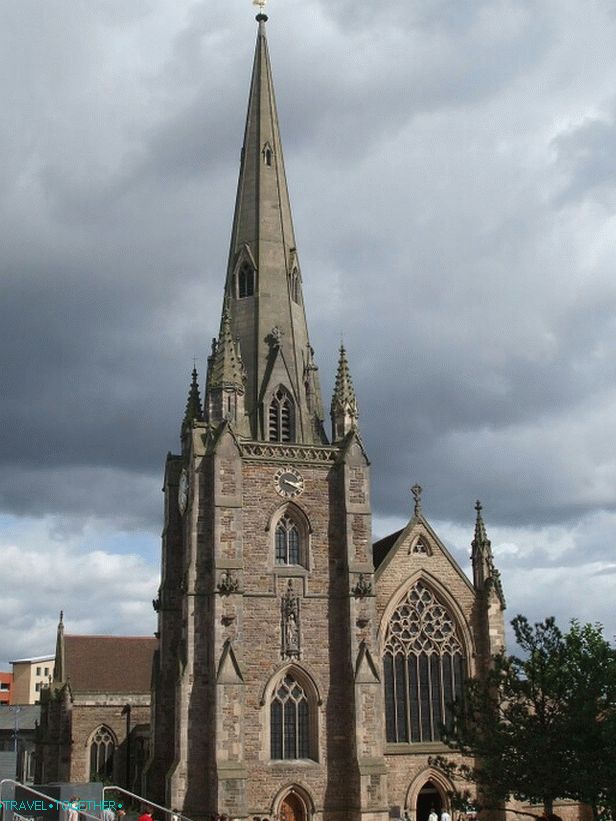 Church of sv. Martina is an original neo-gothic building, completed in 1855.

Birmingham on a UK map