Belfast (United Kingdom) – the most detailed information about the city with a photo. The main attractions of Belfast with a description, guides and maps.

Belfast is a city in the UK and the capital of Northern Ireland. It was once a powerful shipbuilding center, in the shipyards of which built the legendary Titanic. Belfast is a city with a great Irish atmosphere, rich history, vibrant cultural life and charming provincial charm. Despite the scars of recent military conflicts (between government forces and Irish nationalists), now the capital of Northern Ireland lives in peace life and is one of the safest places in Britain. Belfast attracts more and more tourists with its sights, beautiful Victorian architecture surrounding natural landscapes and interesting cultural objects.

Belfast is located at the mouth of the Lagan River on the east coast Ireland From the north and northwest, the city is bounded by rows of hills. The climate of Belfast is temperate maritime with a noticeable influence of warm Gulf Stream. It is characterized by cool summer, rainy autumn and mild winter. 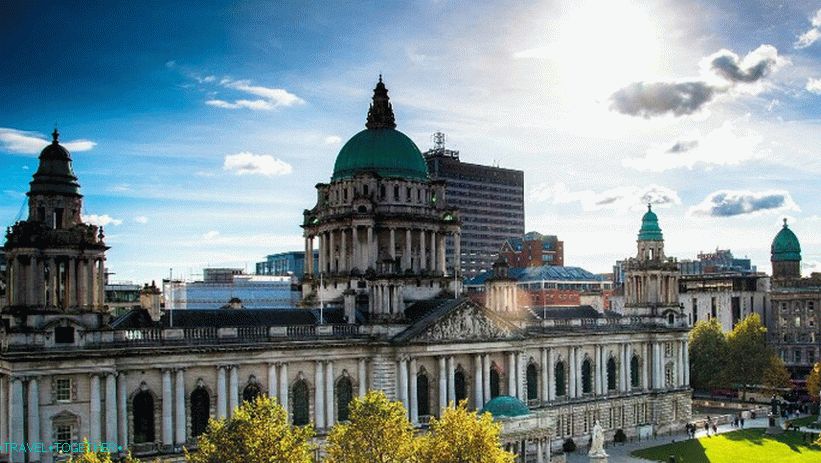 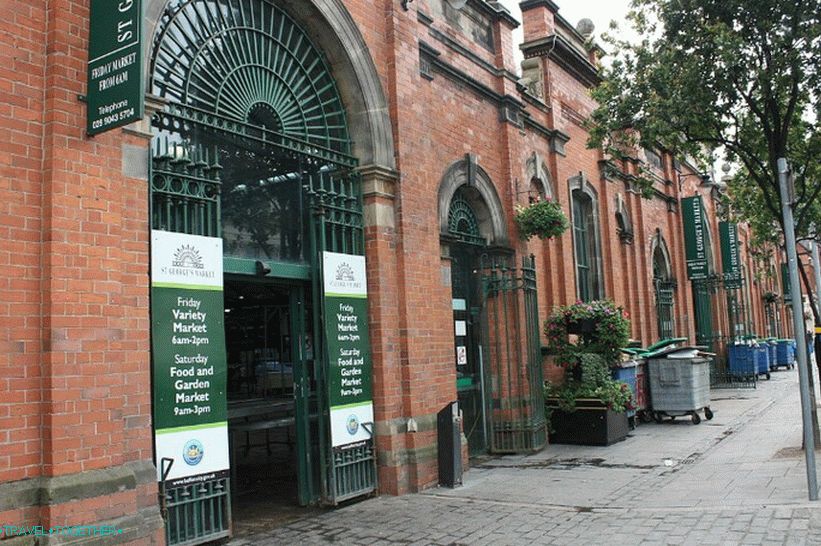 The name Belfast is derived from the Irish Béal Feirsde, which can be translated as “ford at the mouth of the river.” Actual territory The modern city was settled more than 5,000 years ago. Actually Belfast’s history began in the 12th century, when the British built here is the castle. The city itself was founded in 1609 by English and Scottish settlers. 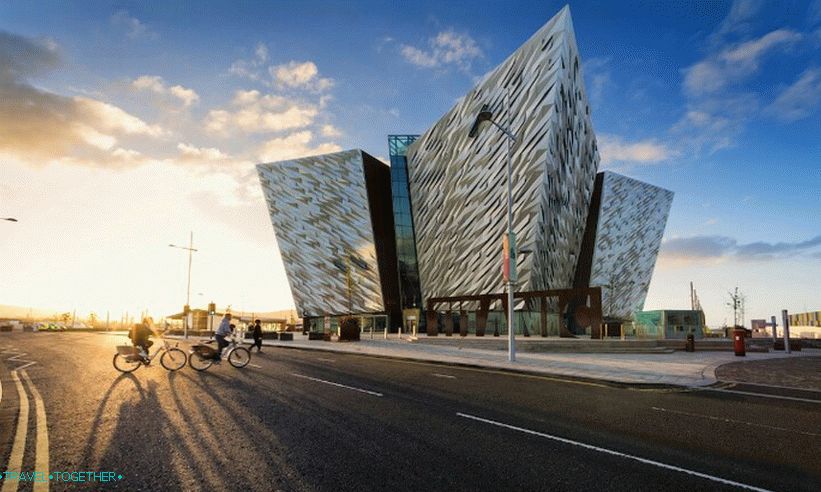 In the 17th century, Belfast was a small provincial town that traded wool and agricultural products. Swift The development of the city occurred at the onset of transatlantic trade. TO By the end of the 19th century, Belfast had become one of the largest centers shipbuilding in Europe. The city was also one of the largest industrial centers of Ireland. 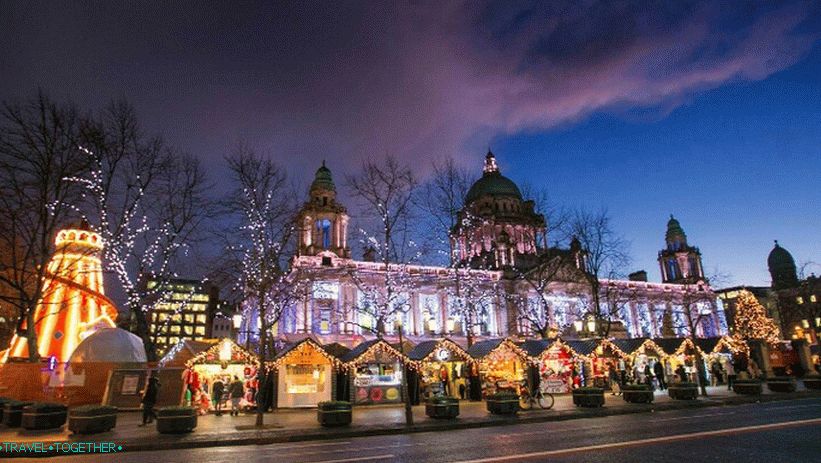 At the beginning of the 20th century, the Belfast shipyards performed a number of ambitious shipbuilding and engineering projects, among which construction of the Titanic. Belfast affected the following military Conflicts: Irish War of Independence (1920–1922), Second World War and Distemper 1970-1972. 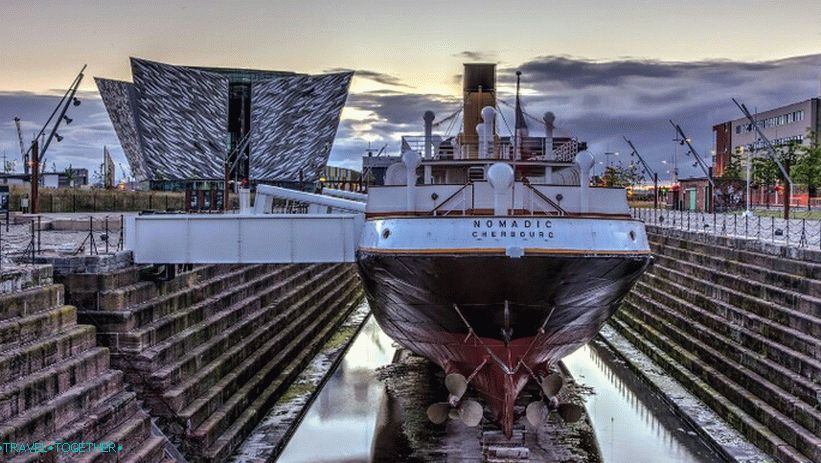 The Titanic Museum is one of the most famous cultural sites. Belfast, dedicated to the construction and demise of one of the largest ocean liners of the early 20th century and the marine history of the city. Here You can take a tour of the stocks and the huge dock, in which more than a century ago, the Titanic was built (second class liner “Olympic”). An interesting modern building in the shape of a star stores many interesting artifacts and offers to get acquainted with interactive exhibitions.

The Titanic crashed during his first voyage faced with an iceberg, 600 km from the shores of Newfoundland. The catastrophe claimed the lives of 1496 passengers and crew members. 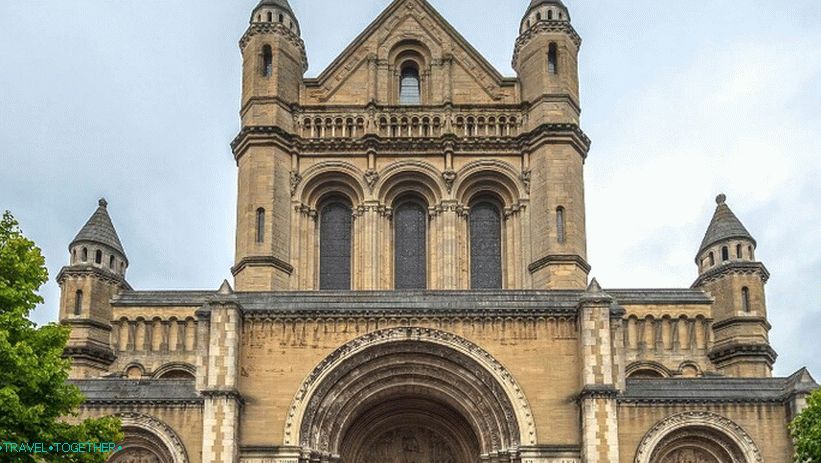 Cathedral of sv. Annas – the main Anglican Church of Ireland. This The beautiful Neo-Romanesque basilica was built at the end of the 19th century. Interesting features: beautiful sculpted portals, stained glass windows, mosaic ceiling and decorative wooden elements in the interior. 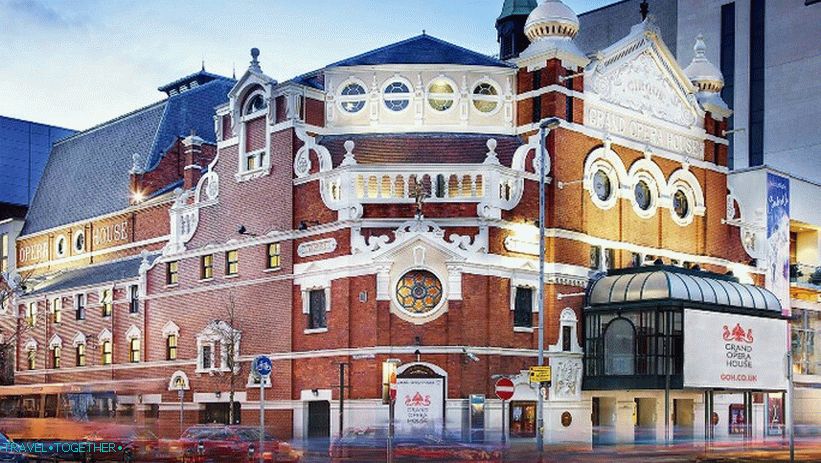 The Bolshoi Opera House is one of the most beautiful buildings in Belfast, built in 1895. In the midst of the 1972 military conflict the theater was almost destroyed. Fortunately, this building was restored in the 80s of the 20th century and is now considered a masterpiece Georgian architecture. 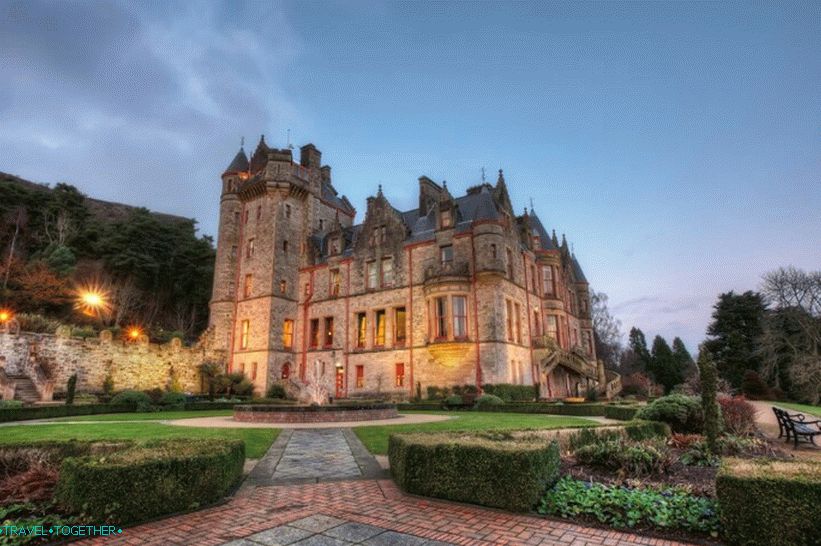 Belfast Castle is one of the oldest buildings in Belfast, whose history began in the 12th century. Current structure dates from 1870 year and more like a country mansion. The castle is located 6 km from the city center. 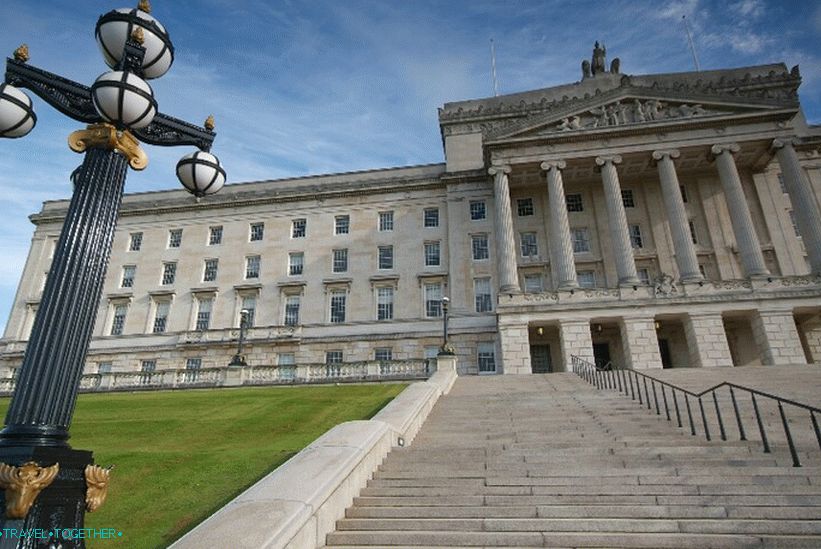 Stormont – the building of the Northern Ireland Parliament, built in 1921 in the style of classicism. 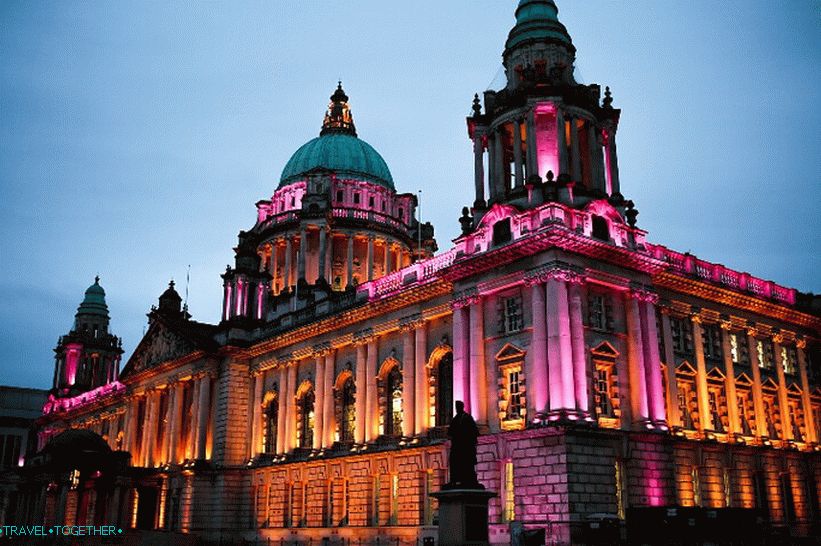 The Town Hall is an excellent example of the architecture of the early 20th century and one of The main symbols of the capital of Northern Ireland. The building has a beautiful renaissance facade and luxurious interior. 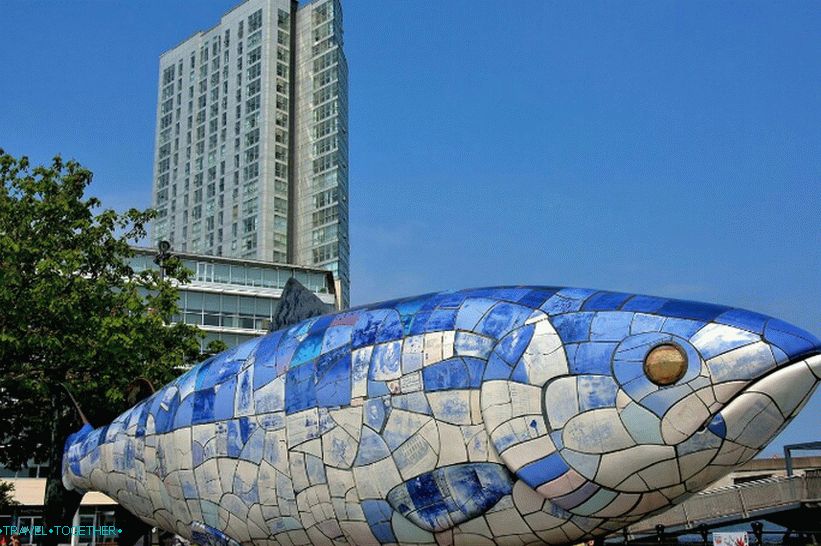 Big Fish is one of the most famous compositions of Belfast. it 10-meter statue, opened in 1999. 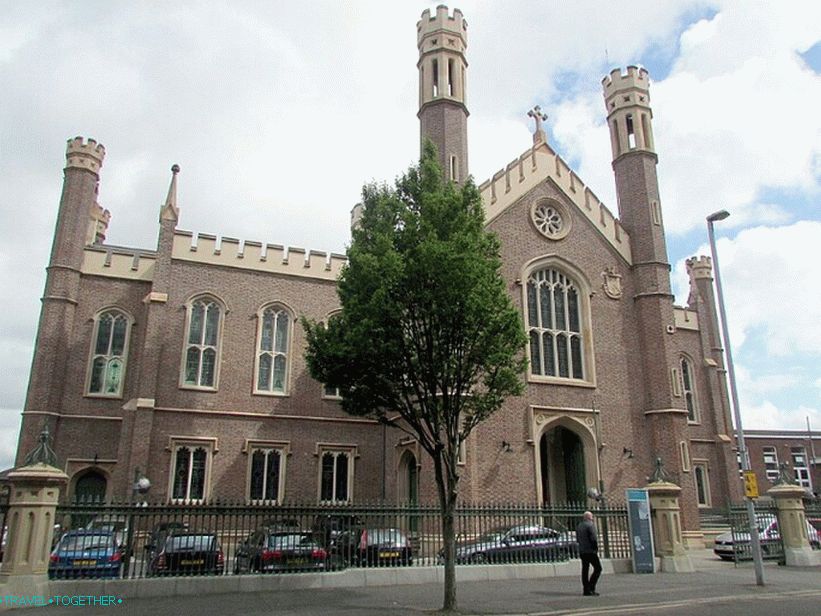 Church of sv. Malachi – Catholic Church, built in 19 century in the architectural style of the Tudor era. 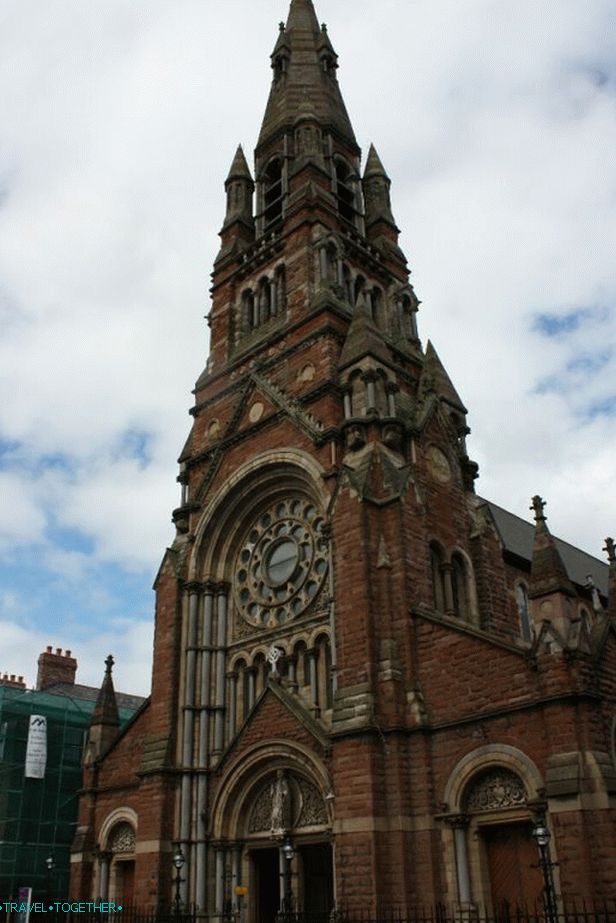 Church of sv. Patricks – Catholic Church in the style of the Gothic Renaissance, built in the second half of the 19th century. 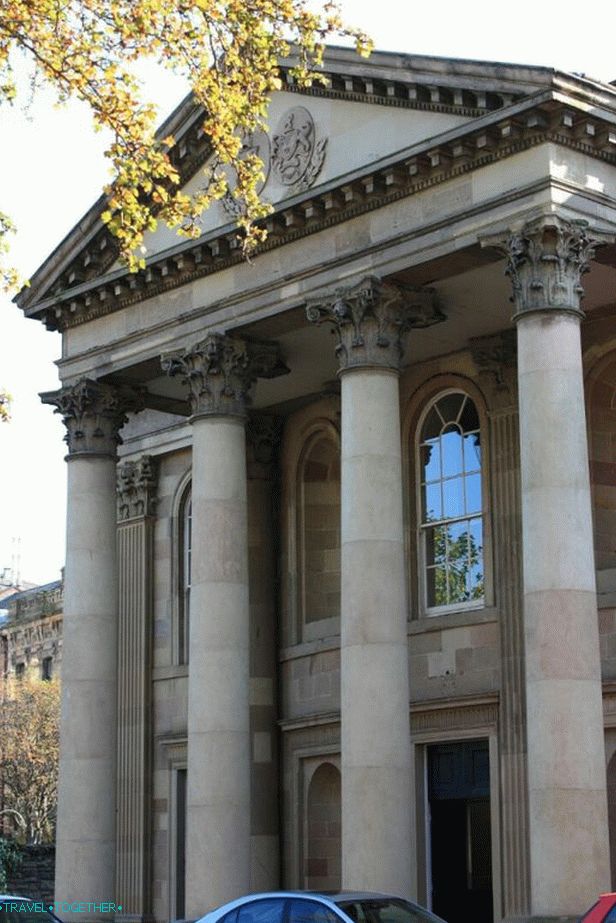