Batumi (Georgia) – the most detailed information about the city with photos. The main attractions of Batumi with a description, guides and cards.

Batumi is the second largest city of Georgia and a major maritime port, the capital of Adjara. Located in the south of the country in the east Black Sea Coast. Batumi – the resort capital of Georgia with bright nightlife. The city is an eclectic mix architecture ranging from charming 19th century classic buildings and ending with ultramodern skyscrapers.

Batumi is located on the Kahaber lowland along the rivers of Bartskhana. and Korolistskali. Most of the city is on the shores the bay of the same name and is surrounded by mountains. Batumi climate is humid subtropical (Mediterranean). The summer is hot and the winter is warm and almost frost-free. For the year falls more than 2000 mm of rain. 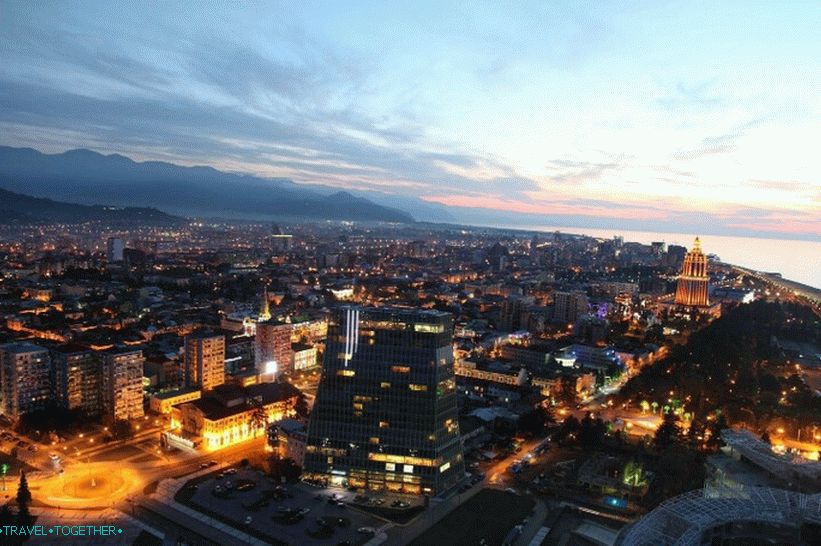 Batumi is one of the oldest cities in Georgia. Settlement Batus mentioned already from the 4th century BC. During the reign Emperor Hadrian (2nd century AD) here was the Roman military camp.

In the 5th century, Batumi became part of the kingdom of Vakhtang I Gorgasal. WITH 6-8 centuries the city was part of one of the early Georgian kingdoms – Egrisi. From the 8th to the 10th century Batumi was part of the Tao-Klarjetsky princedoms In the 15th century, the whole of Ajara was conquered by the Ottoman an empire. 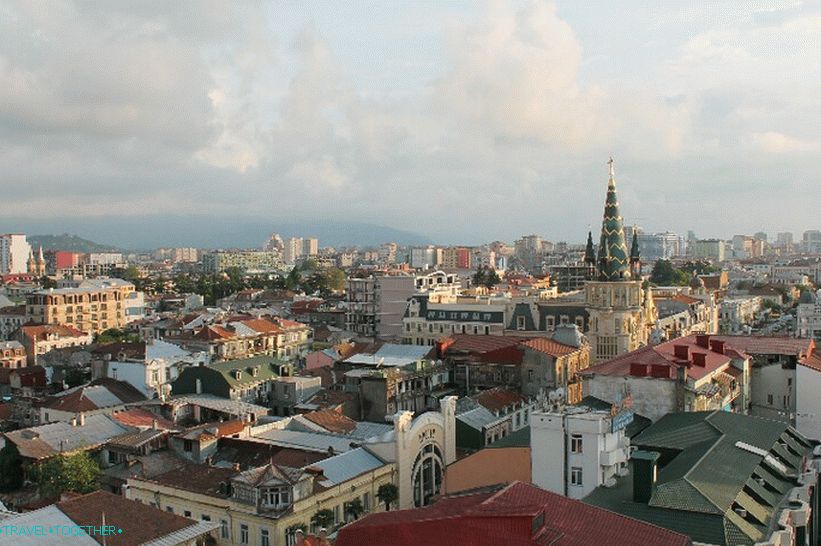 In 1878 the city was conquered by Russian troops and again became part of Georgia as part of the Russian Empire. In 1918, Turkey annexed Adjara, but two years later the region became part of THE USSR.

In Batumi you can find many shops with a variety of goods. Interestingly, prices in supermarket chains are often higher than in small shops. On New Boulevard is a shopping center Metro CITY. 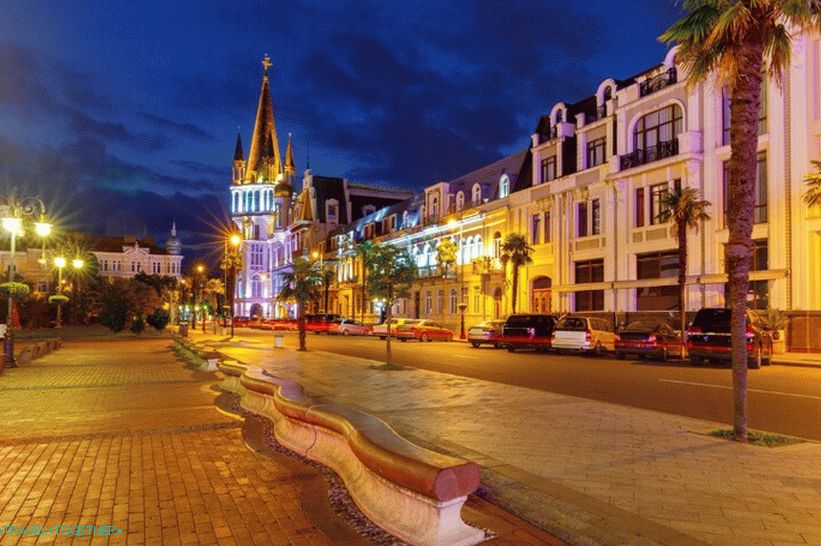 Batumi is one of the oldest cities in Georgia, founded in the 8th century. Although the origins of the settlement on the site of the modern city go back to 4 century BC. The old town of Batumi is located between the port and the boulevard. It contains ancient buildings of the 19th century and many examples of modern architecture. 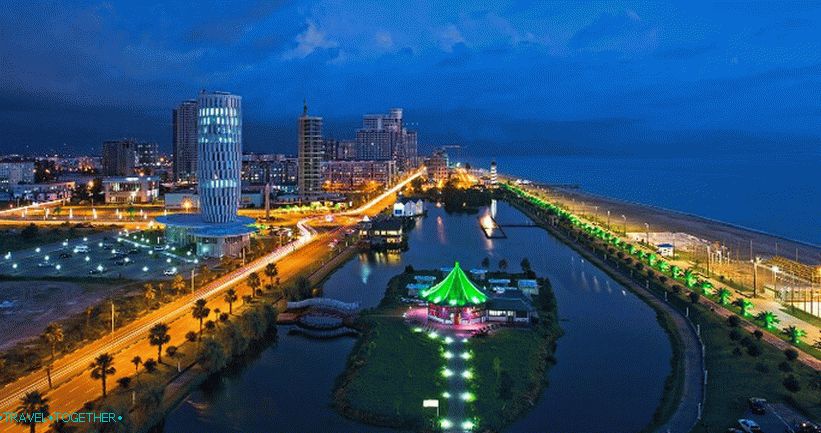 Batumi Boulevard – the card of the city. This is the front resort quay, which stretches along the sea for 7 km. Decorated with fountains and sculptures. 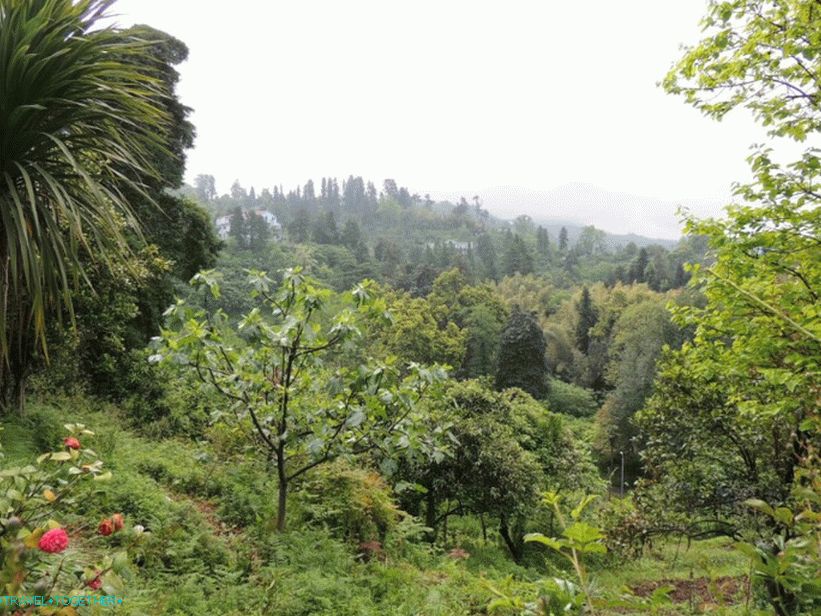 The Botanical Garden is one of the most picturesque places of Batumi. Was Founded in 1912 by the outstanding scientist A. Krasnov. It’s huge Park area of ​​more than 100 hectares, which include plants from the East Asia, North America, New Zealand, South America, Himalayas, Mexico, Australia, the Mediterranean and the subtropics of the Black Sea coast. 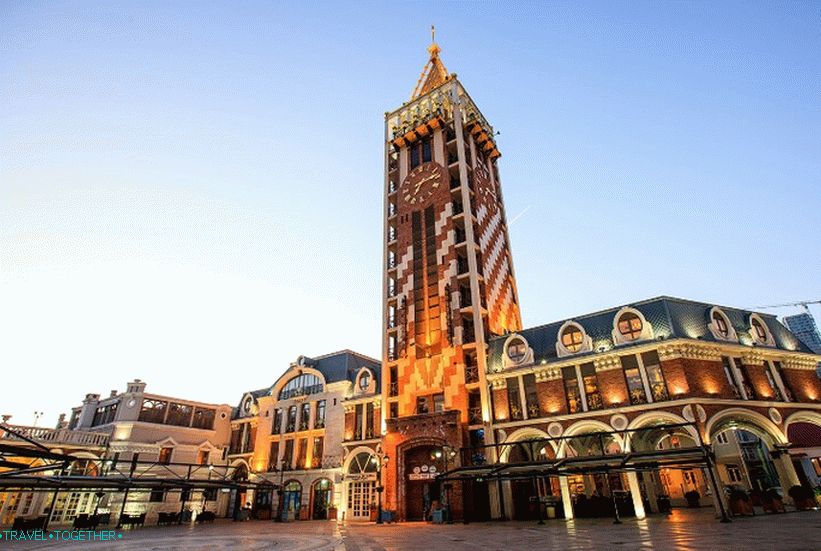 Piazza is one of the most beautiful squares in Georgia, located in the center of Batumi. Made in the architectural style of Italy and well fits into the architecture of the old city. Piazza was built in 2010 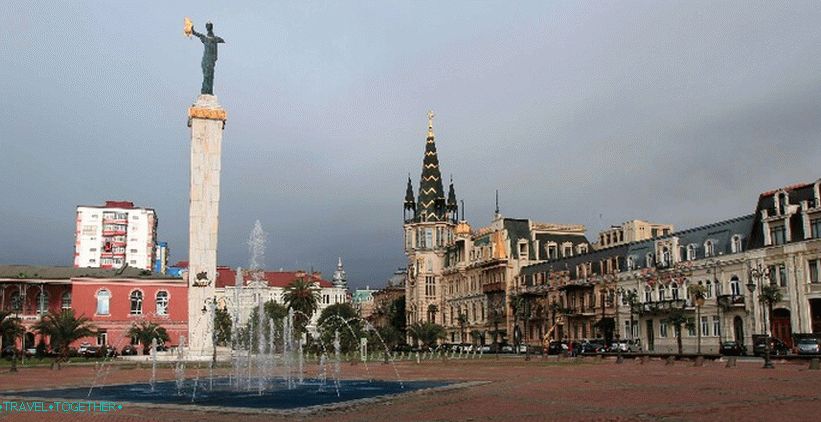 Europe Square is another popular Batumi Square. Done at traditional European architectural style and something like Paris. The buildings here are decorated with stained glass windows, mosaics, bas-reliefs. On Square is a fountain, a beautiful tower with an astronomical clock and the 40-meter statue of Medea with the Golden Fleece, which according to myths was located in ancient Colchis.

Gonio Apsaros – an ancient fortress located not far from Batumi on the bank of Chorokhi. This is one of the oldest and legendary places. Georgia The fortress contains elements of ancient Roman buildings (3-4 century BC), Byzantium (6-7 century) and the construction of the Turks (16 century). Shalta is an ancient monastery located in the mountains of Ajara in Hulo. It is assumed that it was built in the 13th century. 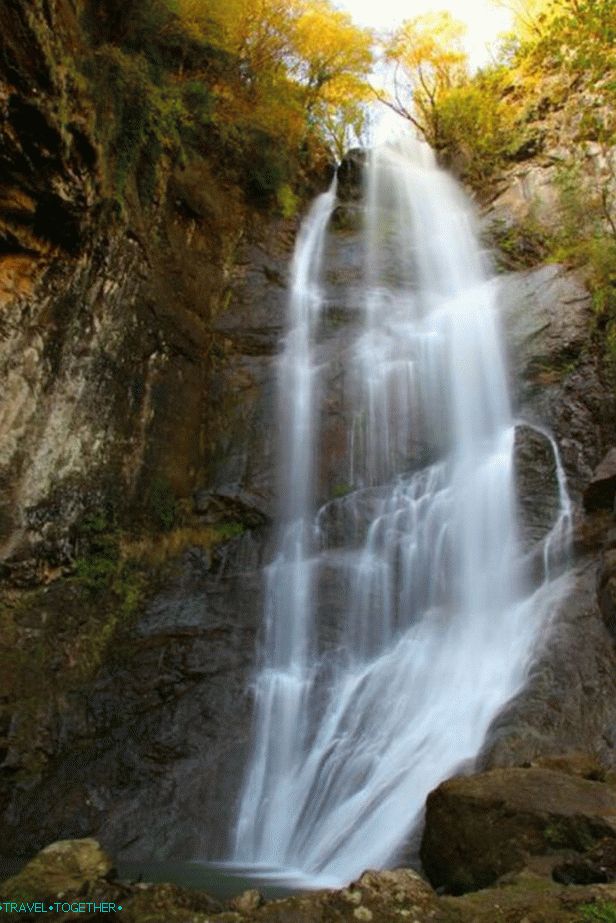 Mahuntsetti – a picturesque waterfall near the town of Keda at an altitude of 335 m. Nearby is an ancient arched bridge.

Cathedral of the Nativity of the Blessed Virgin Mary – Orthodox temple built at the beginning of the 20th century in an unusual style neo-gothic. 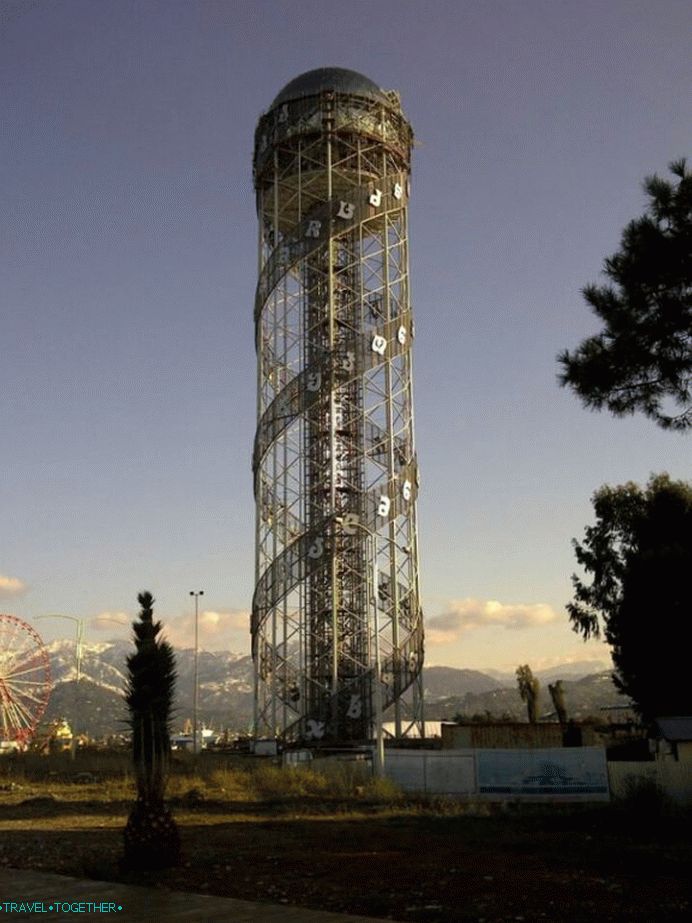 Alphabet Tower – 130 meter high construction, built in 2011 year and symbolizing the uniqueness of the Georgian alphabet. Armenian church is a religious building built at the end 19th century. The synagogue is a Jewish religious building of the early 20th century. 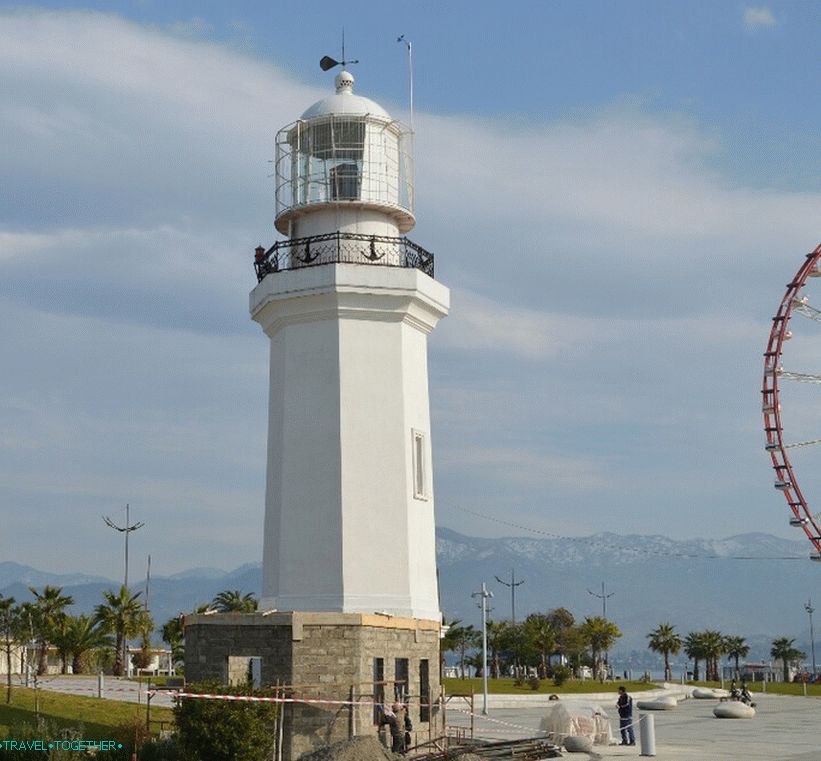 The lighthouse in Batumi was built in 1878 by a French company. It has 21 meters high and octagonal structure. 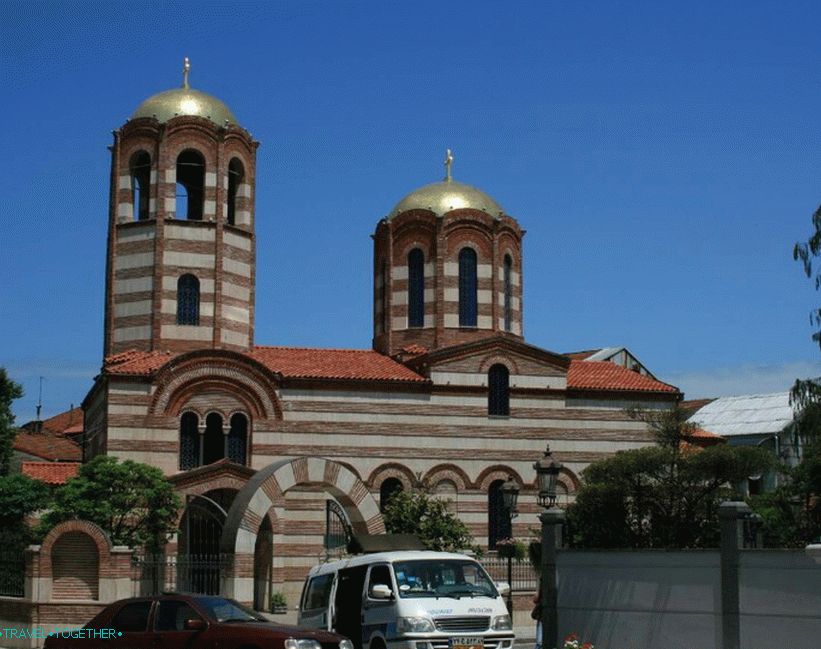 The Greek church was built in 1865 as early as the period when Batumi ruled by the Turks. In 1878 a bell was installed. 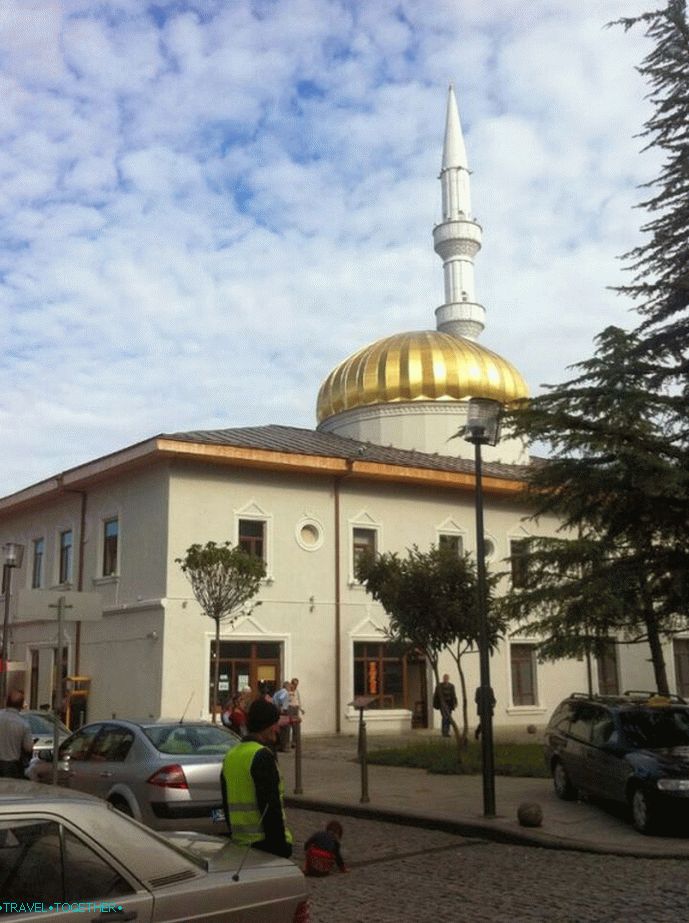 The mosque Ortajame was built in the late 19th century. During the USSR �was closed. The mosque was reopened in the 90s 20 century. Ali and Nino – one of the business cards of Batumi. Sculptural the group was designed by Tamara Kvesitadze and symbolizes love and understanding.

Landmarks on a city map

Batumi on the map of Georgia