Bad Säckingen (Germany) – detailed information about the city from a photo. The main attractions of Bad Sackingen with a description, guides and maps.

Bad Säckingen is a resort town in the south-west of Germany. federal state of Baden-Wuertenburg. Located in South Black Forest a few minutes from the border with Switzerland. Bad Säckingen is a wonderful small town, one of the most beautiful in southern Germany, conveniently located between the Swiss Basel, Freiburg and Konstanz.

The city is located in the headwaters of the Rhine amid stunning nature. forests and mountains of the Black Forest. The first mention of the settlement here dates back to the 3rd century and is associated with the Alemanni tribe. City Sackingen was built near the monastery of the same name, the foundation of which attributed to sv. Fridolin. The monastery was founded in the 7th century. Climate the city is characteristic of the Rhine Valley and southern Germany – the summer is warm, the winter is mild with slight frosts. 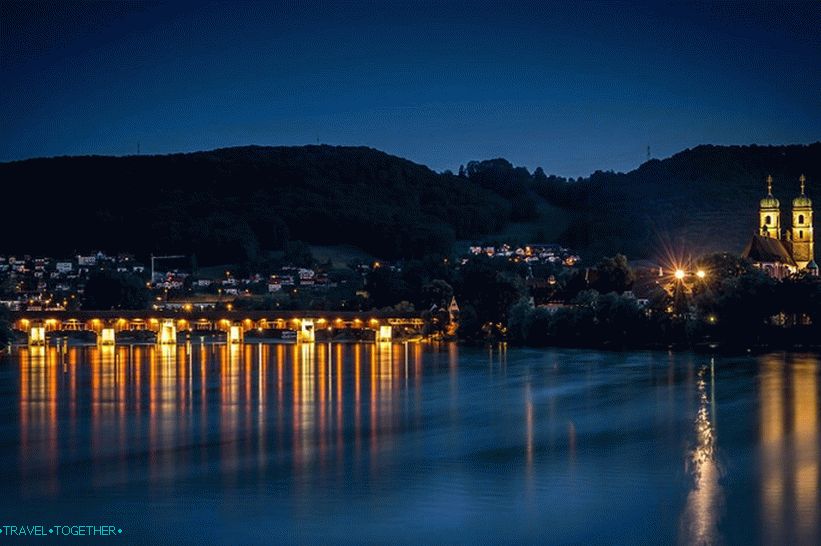 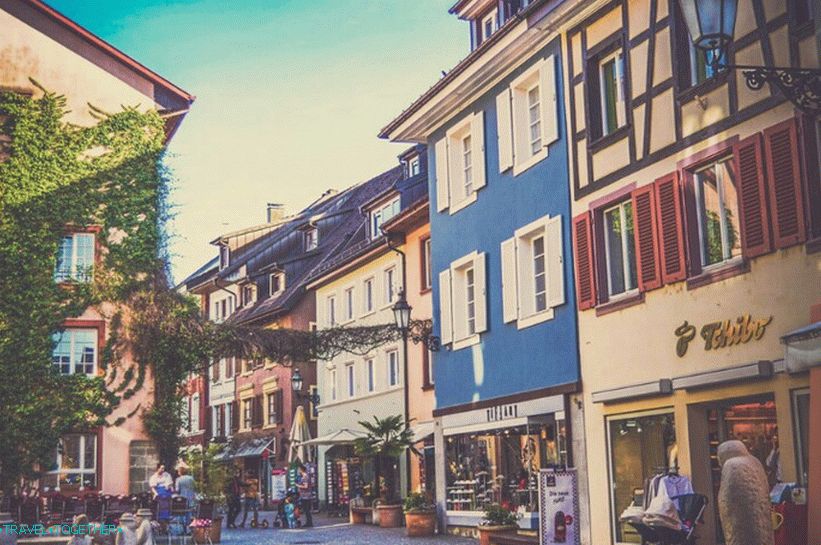 The nearest airports are located in Zurich and Basel. From Basel to Bad Säckingen is easily accessible by train. Basel train departure Badischer Bahnhof. There is also a regular train service. with Ulm. 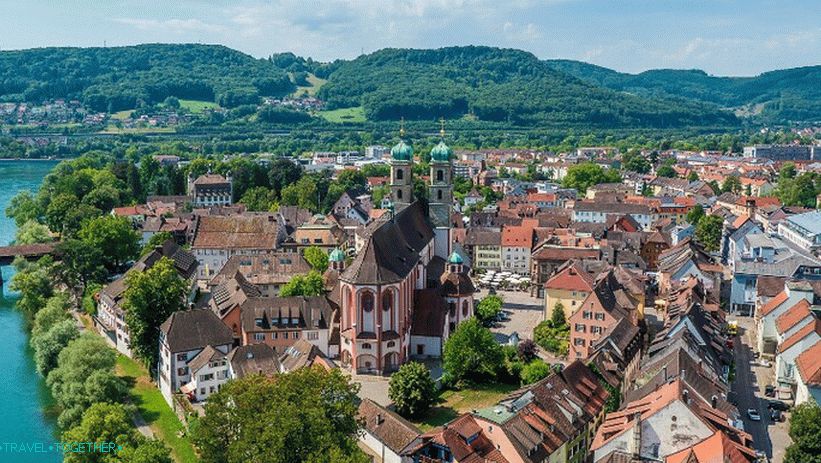 The main attractions of Bad Sackingen.

Münster or the Church of Sts. Fridolin – a symbol and the main Landmark Bad Sackingen. Old monastic Romanesque church with baroque elements. It is believed that the ancient monastery was founded in the 7th century by sv. Fridolin back in the Carolingian period. Now here in a small the chapel kept his power. The church was rebuilt in the existing style in the 14th century after the fire. Baroque building elements received in 17-18 century. Münster in Bad Säckingen is considered one of the most the legendary places of the Upper Rhine. The building stands out for its high towers that can be seen from almost any part of the city. 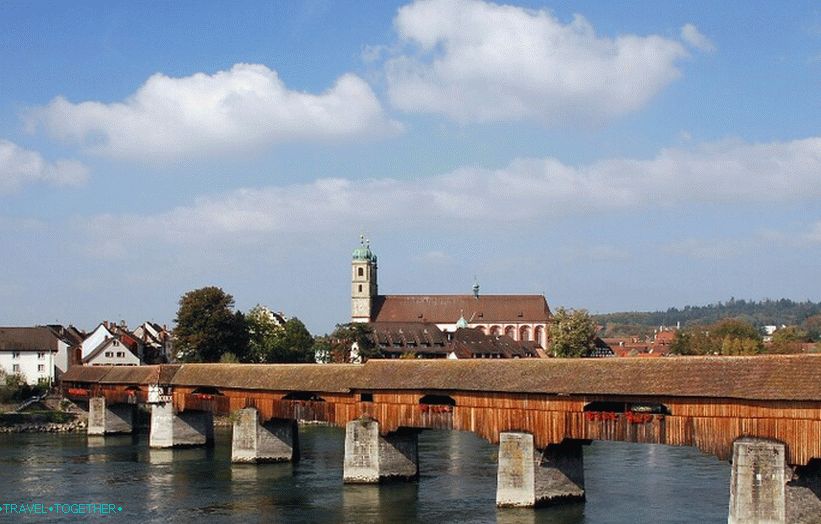 The wooden bridge is Europe’s longest covered wooden bridge. (206.5 meters). Connects Bad Säckingen with the Swiss Stein. For the first time a wooden bridge was built in the 13th century. He has repeatedly been destroyed during the floods and wars. The existing bridge refers to the end of the 17th century. 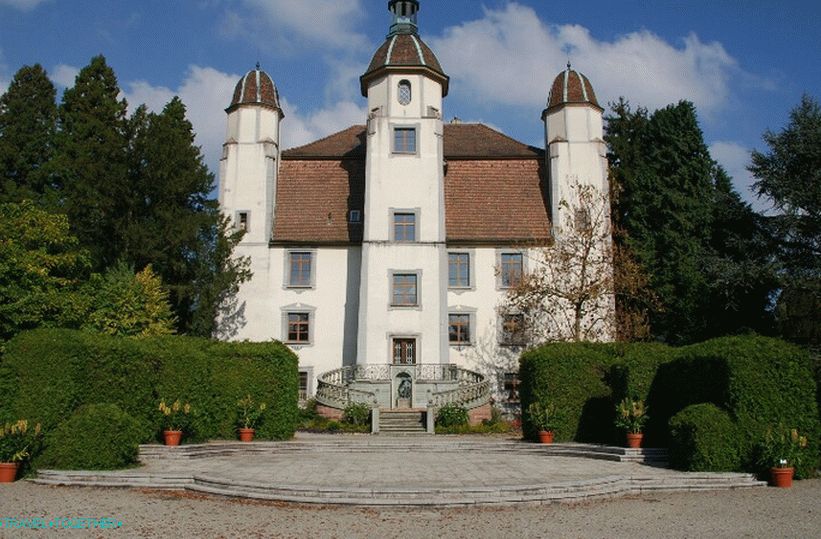 Schönau Castle – a small castle of the 17th century, where Upper Rhine Museum.

Altstadt Bad Sackingen – old town with beautiful buildings, Great place for walking. In the historic center and along the Rhine you can admire the houses with beautifully painted facades and signage.

Diebsturm – a round stone tower from the 13th century, which used to be part of the city walls. It was rebuilt in neo-gothic style. 1864 Located near the castle Schonau. 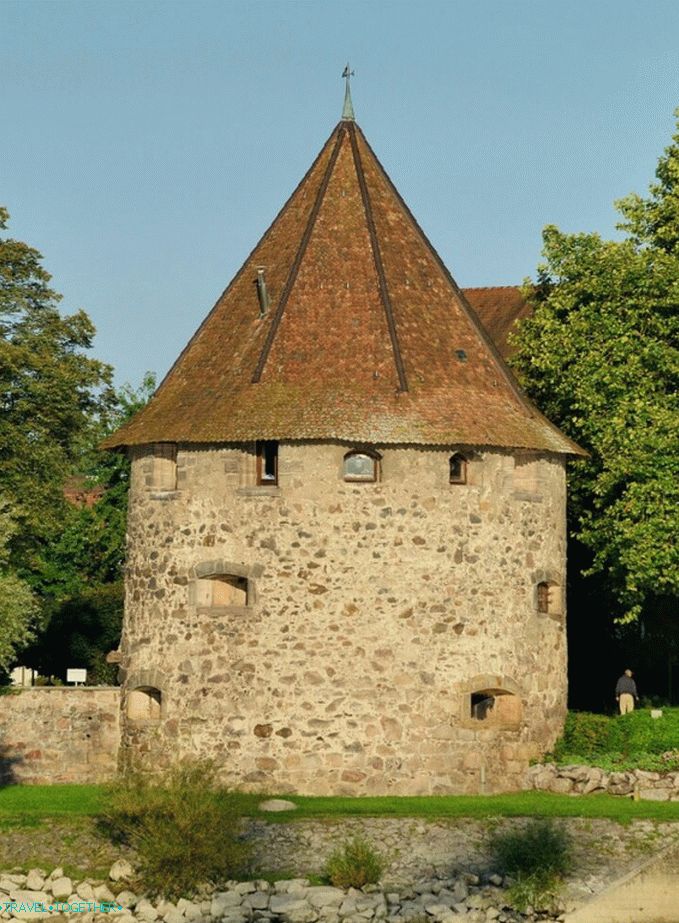 Gallus Tower – was built in 1343 as a defense against floods. Nearby is a small chapel, and built, probably in the 10th century.

Bad Säckingen on a map of Germany