Ananuri is one of the best preserved late medieval fortresses of Georgia, located on the shore of the Zhinvali reservoir in 70 km from Tbilisi on the Georgian Military Highway. Was built at 16 century and was one of the main defensive bastions of the Northern Transcaucasia. 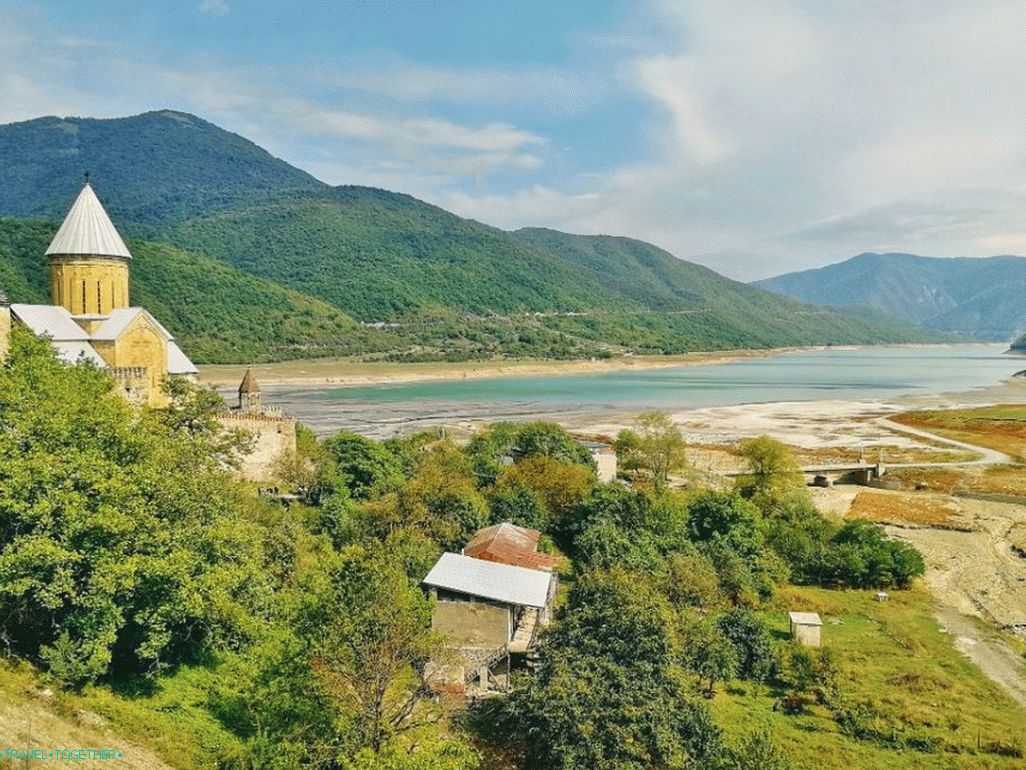 Ananuri is one of the most famous sights. Northern Georgia, in which, up to our time, practically in original condition preserved walls and towers. Wherein visiting the fortress and the temple is free.

The exact date of the foundation of the fortress raises questions. Some historians believe that the small tower adjacent to the Assumption The temple dates back to the 13th century. Although written evidence the existence of fortifications on this site was not found until the 16th century. 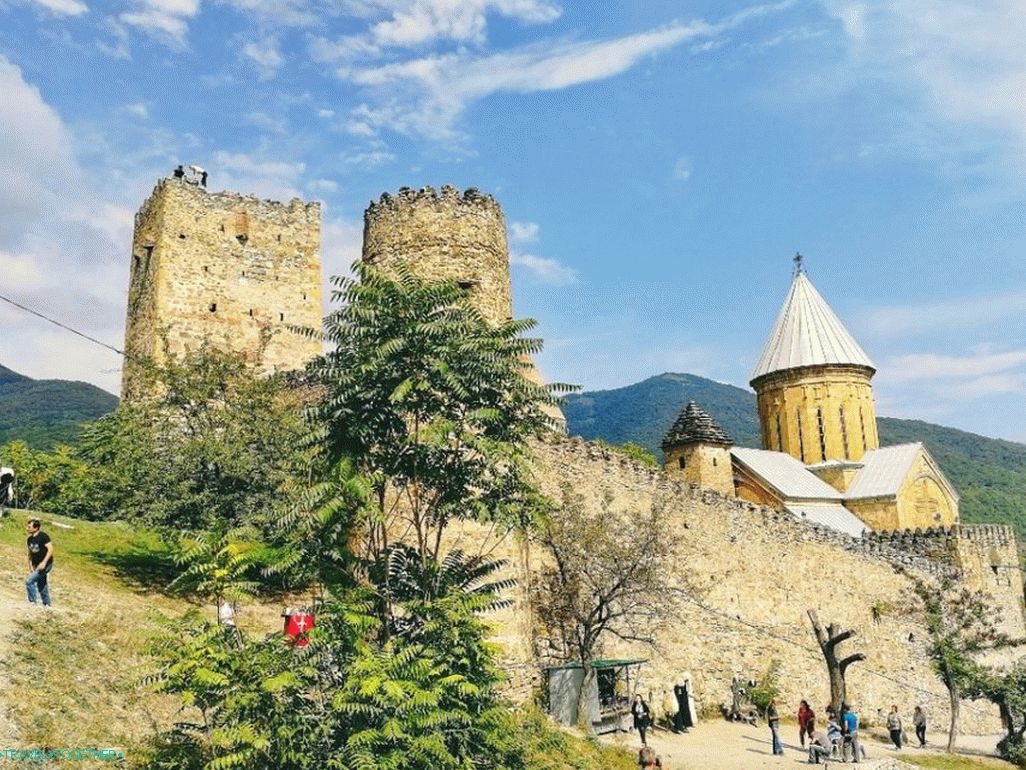 The fortress was built by the Dusheti Eristavs in a narrow gorge in place the confluence of the Aragvi and the small river Vedzathevi. Was first built the tower, and later the walls and the temple.

In 1739, Ananuri was captured by Eristav Ksani. With his the army was a large detachment of Lezgins, which significantly damaged frescoes of the church. In 1795, the fortress stood in the way of the Persians, not giving they go through the gorge.

At the beginning of the 19th century, the fortress played an important role in maintaining order in the region. There was always a Russian garrison and even planned to build a town. Later strategic importance Ananuri fell, the Russian troops left, and the fortress came to desolation.

In Annanuri, the walls, three large towers and several smaller defensive structures. The fortress can be divided into Lower and Upper. The lower fortress is in ruins, and the upper preserved in excellent condition.

The pyramid-roofed tower was built earlier than the rest. Fortress (13-14 century). The most beautiful structure of Ananuri is Assumption Church. 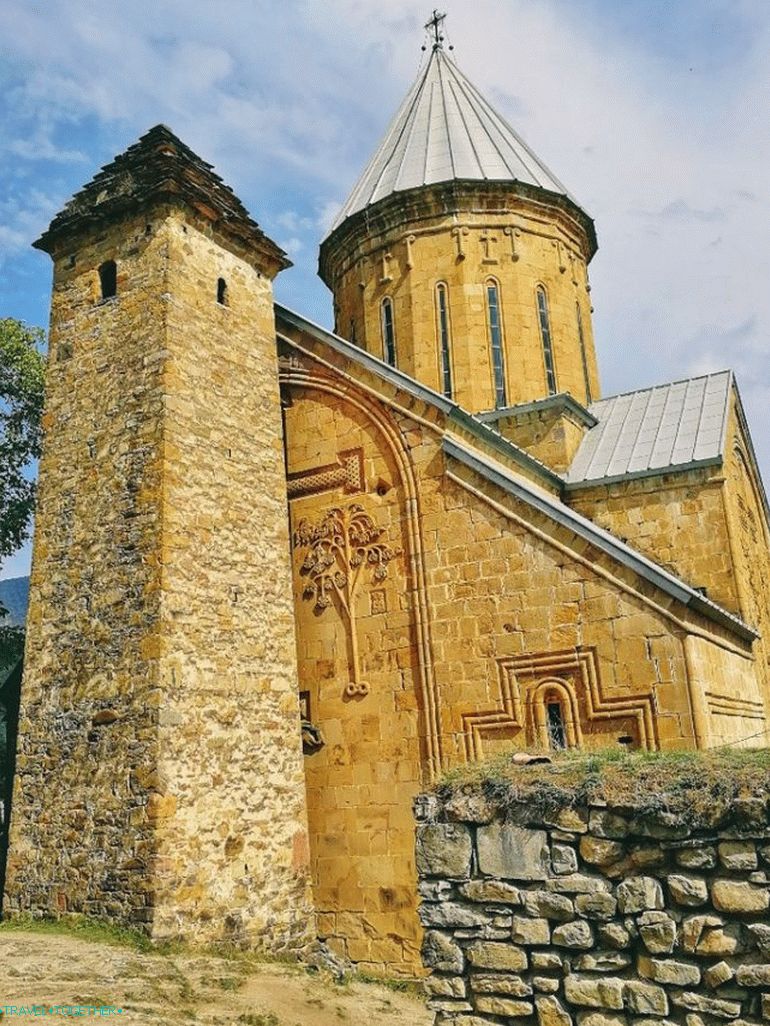 The Assumption Church was built at the end of the 17th century in the spirit of the ancient Georgian traditions. Its interior is quite simple. On the walls you can discover inscriptions and interesting bas-reliefs.

A little to the west is the church of the Virgin Mary, which older. Currently it is not valid. 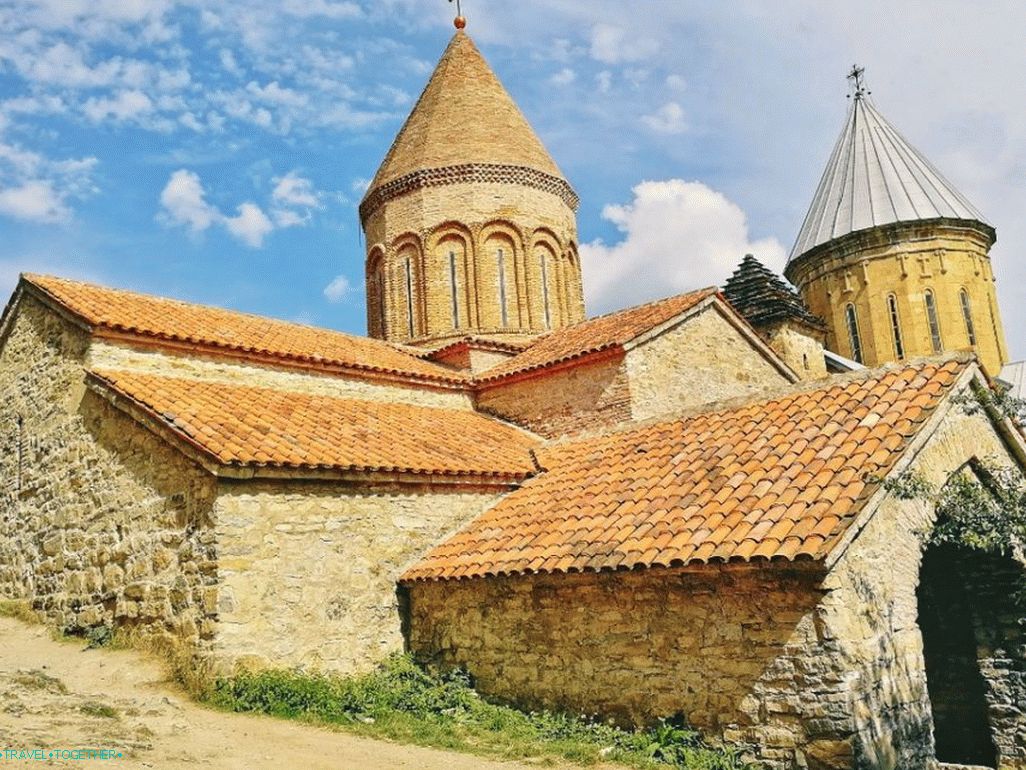 In the easternmost part of the church there is a small bell tower, which was part of a small church. The western walls are protected by three large towers. Medium tower (square) – the largest and most important protective structure. Its dimensions are 6.8 x 8 m, and its height is about 20 m. By The edges are round towers. On the north wall is the the small of the Ananuri towers.

In Ananuri can be reached by any bus, going to Pasanauri and Stepantsminda. Also the fortress is located right on Georgian Military Road, so you can not miss it.