Amasra (Turkey) – detailed information about the city with photos. The main attractions of Amasra with a description, guides and cards.

Amasra is a small town and port in northwestern Turkey in Bartın province. Currently a popular resort on Black Sea coast with good beaches and beautiful nature. Amasra – one of the most beautiful seaside towns of the Black Sea region of Turkey.

Amasra is an ancient city in the historical region of Paflagoniya with rich history. The settlement here was founded in Antiquity and even mentioned by Homer. At that time, the city was called Amastris. Later He belonged to the Pontic kingdom and the Roman Empire. 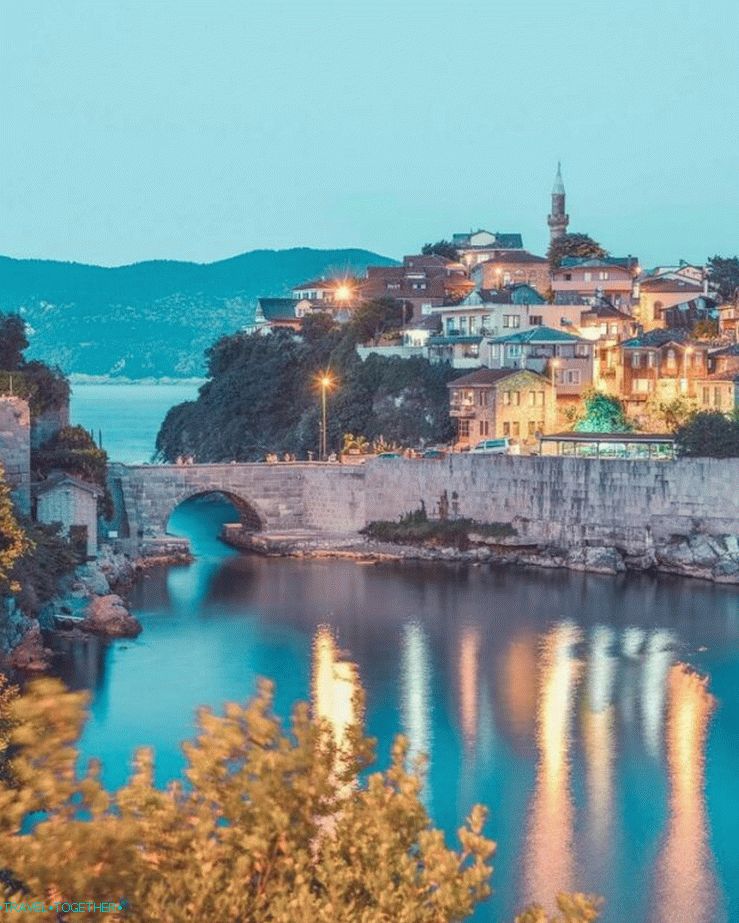 After the collapse of the Roman Empire, Amasra became part of Byzantium. AT 830, the city was taken by Russian troops. Early 13th century Amasra becomes first part of the Trabzon Empire, a little later seized by the Seljuks, after some time – controlled by Genoa The Ottoman Empire conquered the city in the 15th century in the period reign of Mehmet the Conqueror.

Amasra has a bus connection to Safranbolu. Trip takes about 3 hours. From other cities in Amasra can be reached as follows: take a bus to Bartın, and then find dolmush.

Amasra is a small ancient coastal town that has small but charming historical center in which there are several places of interest.

At the top of the cape stands a fortress that combines the elements Roman and Byzantine period, as well as the time when the city belonged to genoa. This fortification is largely retained the original structure. Now in the walls of the fortress the archaeological museum is located.

In the 9th century in Amasra, the Byzantines built a church, which in 1460 year was transformed into a mosque. 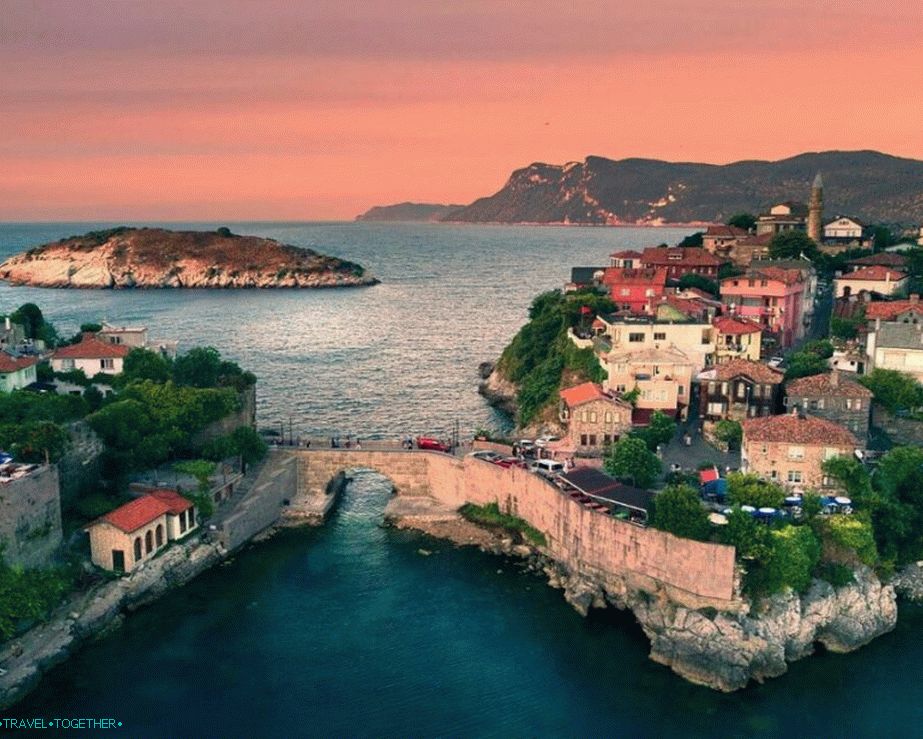 One of the best places for swimming in Amasra is Küçük Liman. This beach is a bay near the fortress. Other the city beach – Büyük Liman, is sandy and is also located nearby. A bit further to the east are the beaches of Bozköy (13 km) and Amasra Çakraz (16 km). The latter is sandy and surrounded beautiful mountain landscape.

Mustafa Amca’nın Yeri – a great seafood restaurant located in the western part of the old city at the very water.

Amasra on the map of Turkey