Aarhus (Denmark) – the most detailed information about the city with photos. The main attractions of Århus with a description, guides and cards.

Aarhus – the second largest city of Dania, one of the largest Danish ports. Located in the east of Jutland on the coast of the eponymous gulf of the Baltic Sea. Aarhus offers interesting the combination of a modern city with a cosmopolitan atmosphere and the charm of an old little town with beautiful pubs restaurants and romantic places. The city is one of centers of Danish education and is known for numerous student by the population.

Aarhus is located in the eastern part of the Jutland peninsula on the shore of the eponymous gulf of the Baltic Sea. The city is surrounded by hills moraine plateau, which were once covered with forests. West there are several lakes. Climate – temperate sea with cool summer and mild winter. In autumn, it is rainy and windy in Aarhus. Winter accompanied by fog, small frosts and rare snowfall.

The history of Aarhus began in the 8th century, when on the northern shores fjord in a natural harbor was founded fortified settlement the Vikings. The first written records of the city date from 948 year In the Middle Ages, Aarhus flourished thanks to maritime trade. In 1441 he was granted city rights. 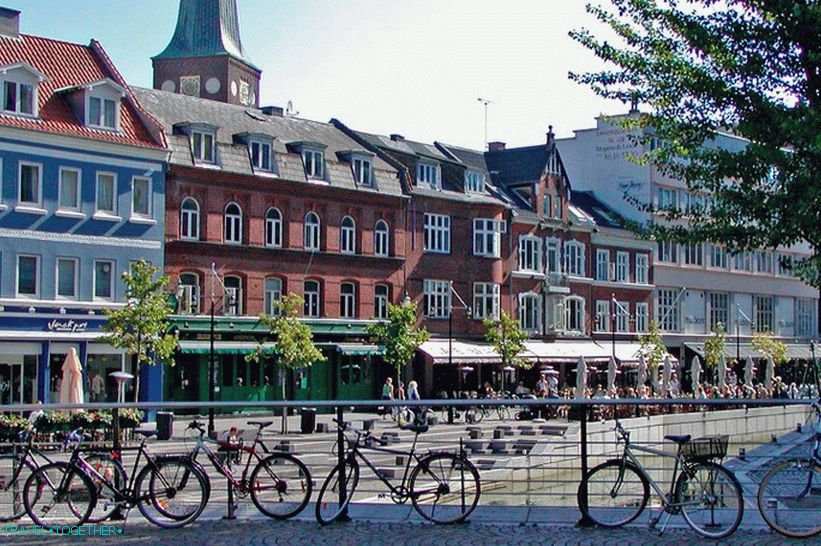 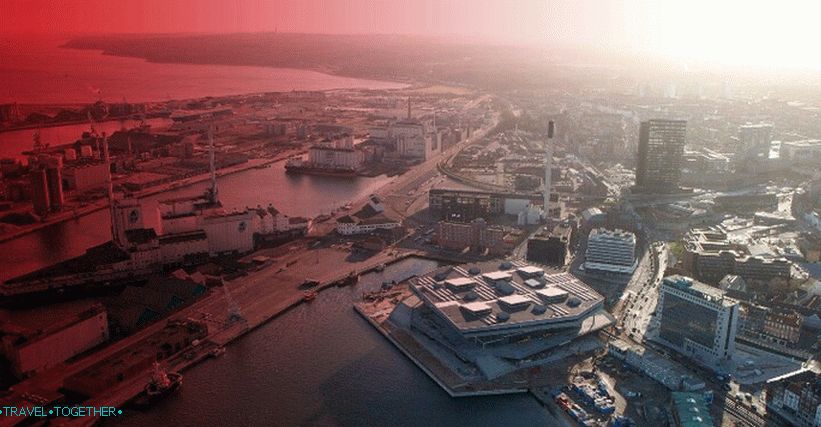 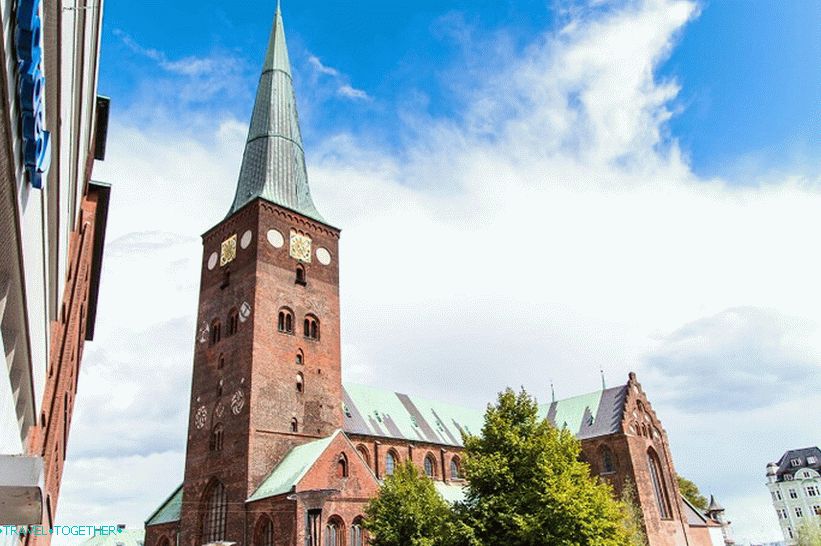 The Cathedral is a beautiful medieval gothic church, located in the heart of Aarhus on the Big Market Square (Store Torv). The cathedral is dedicated to St. Clement and was founded in the 12th century. The current Gothic structure dates back to the 15th century, although in The architecture of the church preserved some of the old Romanesque features. The cathedral has a beautiful interior with a 15th century altar decorated many figures, a beautiful carved chair, two organs and old paintings of the late Middle Ages. 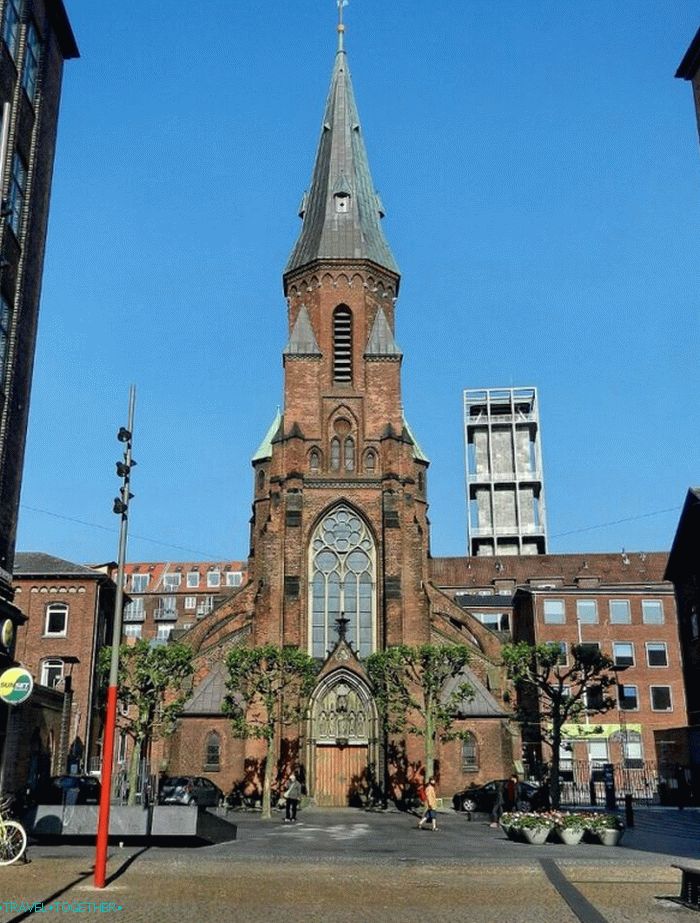 The Church of Our Lady is a medieval brick church, built between the 13th and 15th centuries. Originally was part Dominican monastery. Currently one of The largest churches of Denmark. Now this is a pure Gothic building, in which has preserved many beautiful frescoes and a magnificent altar 16th century. Of particular interest is an even older church, discovered during excavations in 1955. This is a small stone the building built in the middle of the 11th century was carefully restored. 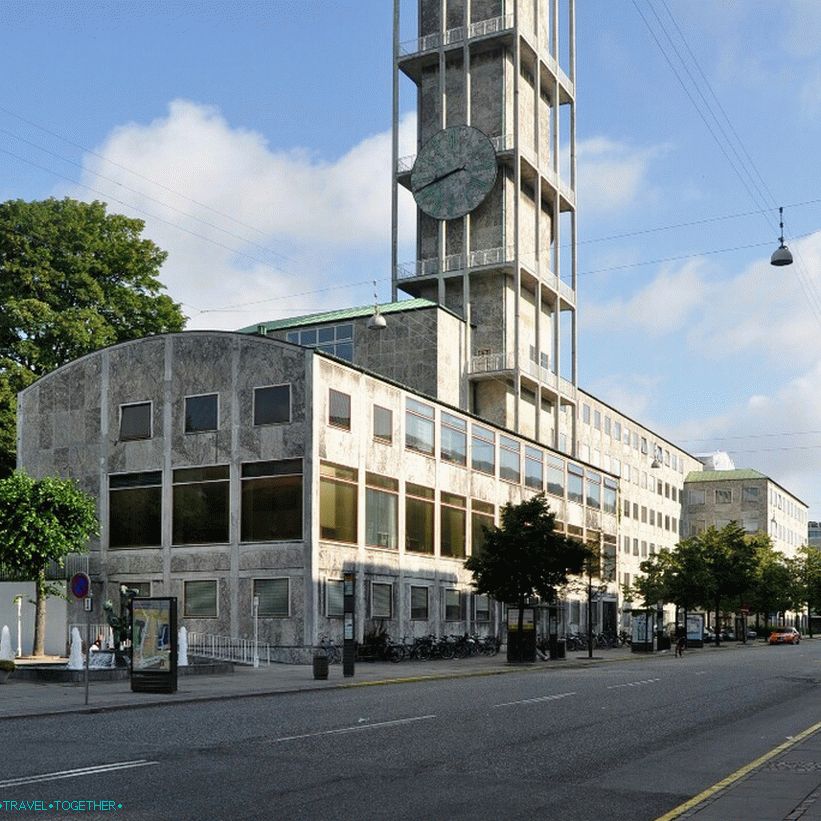 Town Hall – an interesting building in the style of modernism, built in 1941 from Norwegian marble. The highlight of its architecture is 60-meter tower with a beautiful view of the city and the bay. 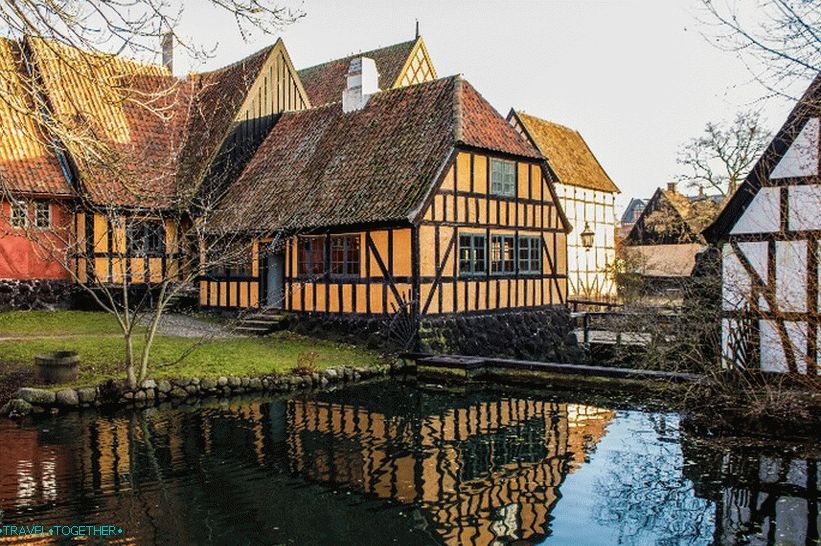 Old Town (Den Gamle By) – a wonderful open museum sky, which includes 75 old historic buildings, collected from the whole of Denmark. This wonderful collection covers the period from the 16th until the beginning of the 20th century and made as if it were genuine old a city whose effect is enhanced by magnificent old houses shops, workshops and windmills. 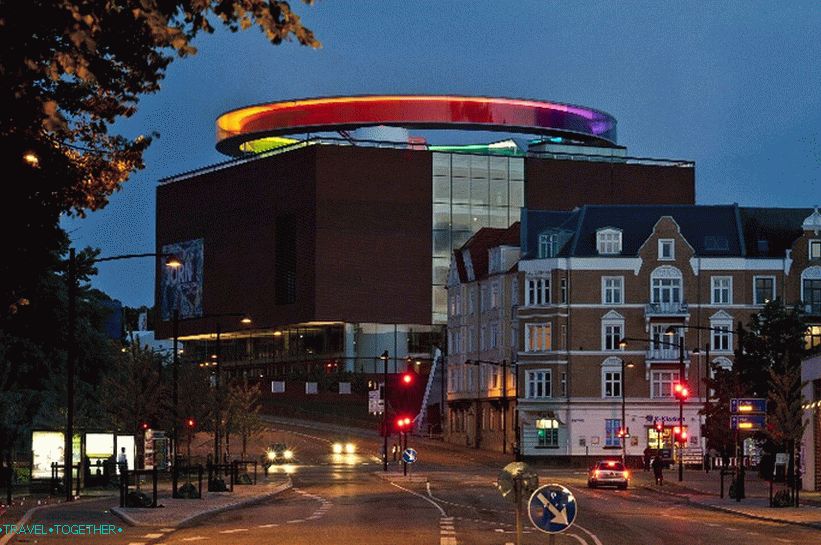 ARoS is one of the largest art museums in Europe, located in a beautiful modern building. Museum collection includes paintings of the Danish golden age (1770–1900), the Danish modernism (1900-1960-ies) and modern art.

Marselisborg – the palace of the early 20th century, which is a summer residence of the Danish royal family. When the queen and her family are in residence, then every afternoon there is a change guard of honor. The highlight of the palace is a large park with sculptures and ponds.

Aarhus on the map of Denmark