Thailand attracts millions of tourists with its golden beaches sand and tropical palm trees. Move around the resort places countries will be hard in the heat, and the distance between the beaches rather big. Public transportation like Thai buses are not an option, so people have to either rent or use a taxi Thailand. To deal with the features of use each of all types of Thai taksino need to consider it types and cost.

Tuk-tuk taxi in Thailand is one of most popular vehicles in resort areas. the services offered are somewhat similar to our minibuses but look They are in a video van with a canopy (roof). 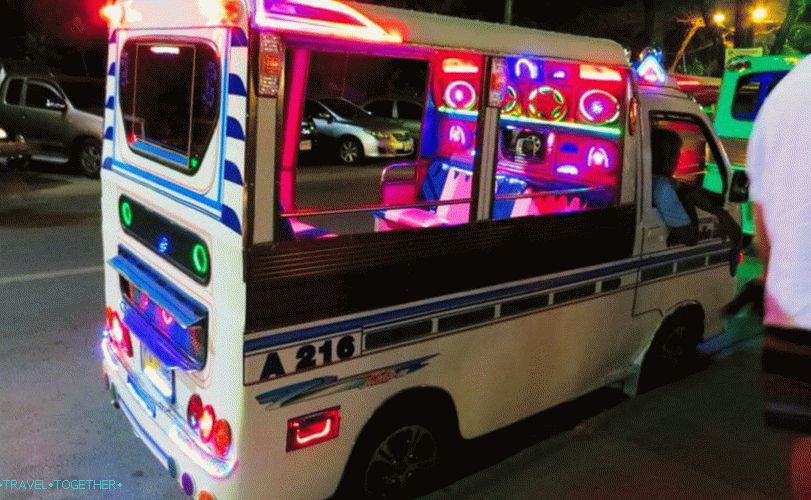 Local drivers are constantly trying to modernize their vehicle body kit, neon lights, and set chrome wheels on wheels. Usually in the tuk-tuk always plays fun and loud music, often with such bass, that on the road just do not have to miss. 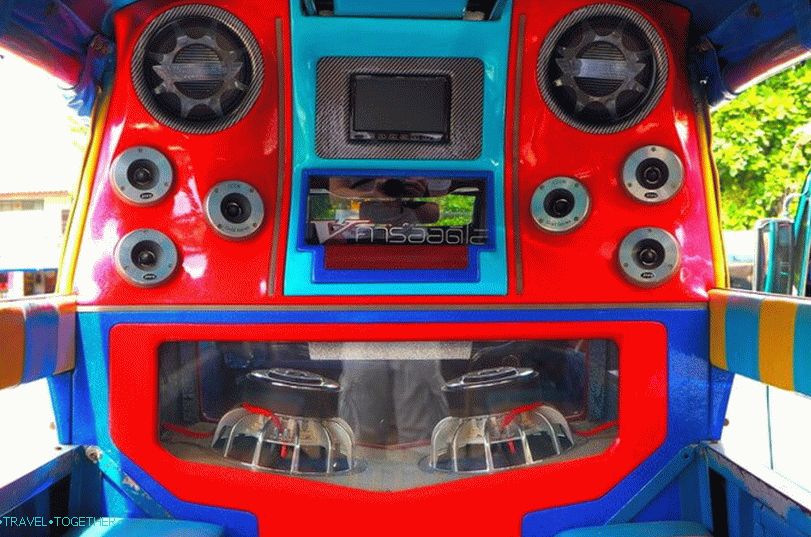 But all these charms do not mean that everyone likes the tuk-tuk to tourists. And there are three reasons for this: 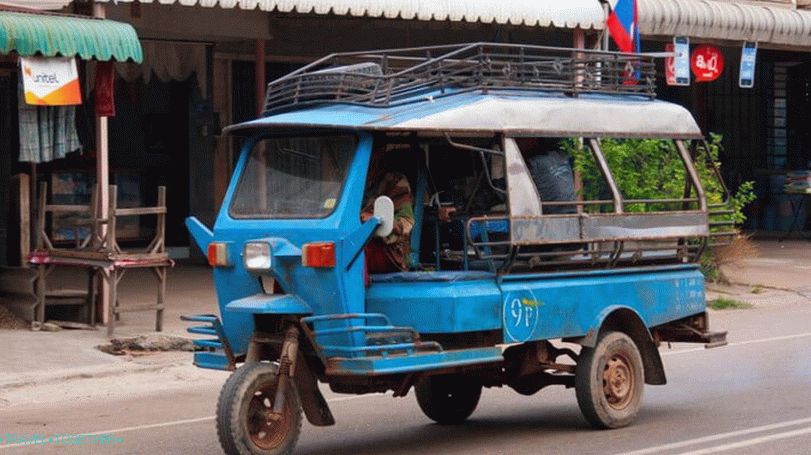 Be careful! According to our reviews tourists, in the tuk-tuk often pickpockets. To you money is unexpectedly missing, it is important to know how not to become a victim pickpockets in the journey.

Moto-taxi (Moto Sai) is considered the most common and mobile vehicle all over thailand. In order to to become a passenger of such a taxi, you need to agree with the driver. AT depending on the distance and route cost may vary. Often, bikers, as if forgetting about the passenger, begin to squander and thereby putting it at risk. So you have to constantly remind him of you. Isn’t it better to rent a bike in general? Thailand, how to use their services? 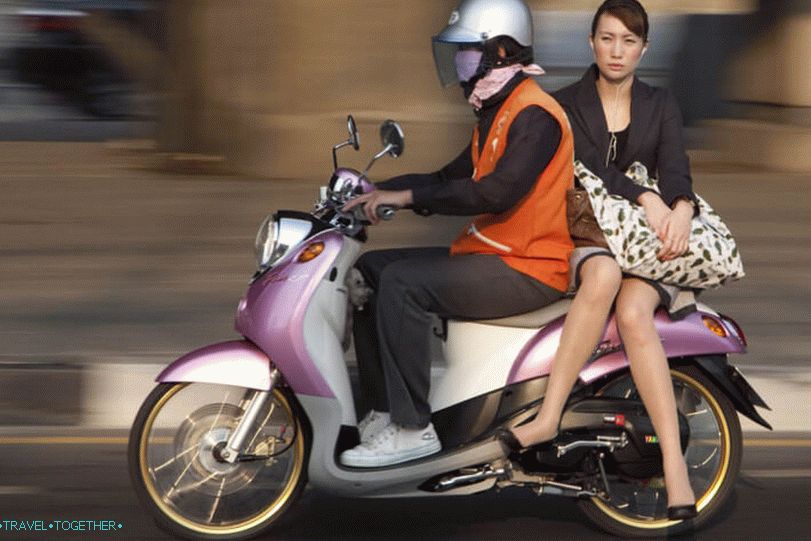 Taxi meter in Thailand is, usual passenger taxi. Most often this type of transport Used to travel to the airport or hotel and back. Officially, they have meters, but few of them include Thailand, and the cost depends on the resort and itinerary. The only drawback of this Thai taxi is traffic jams, if tuk-tuk and bikes can easily drive around them, then Taxi The meter is not under the force. 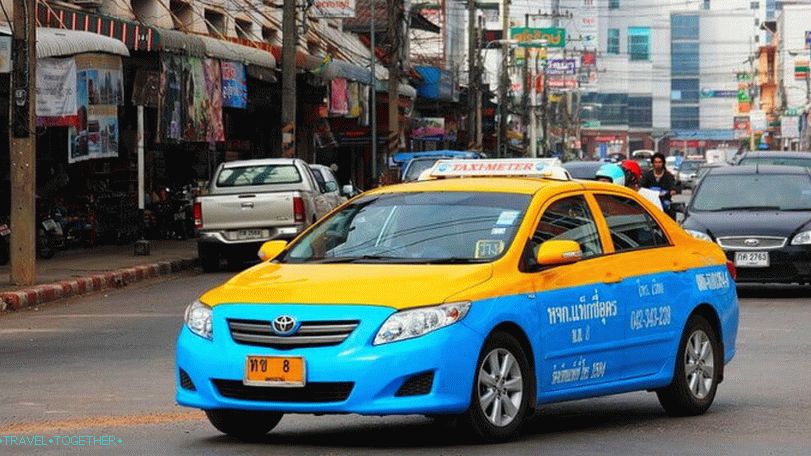 Transfers in Thailand are something like Taxi meter, only has a higher comfort and convenience. The essence that is, you order a transfer over the Internet to a certain time, the car pulls up to the destination, the driver gets out and expects vass sign in his hands, which will be written your data, in addition, it can help with luggage. To order transfer is possible on the company’s website 12 Go Asia. 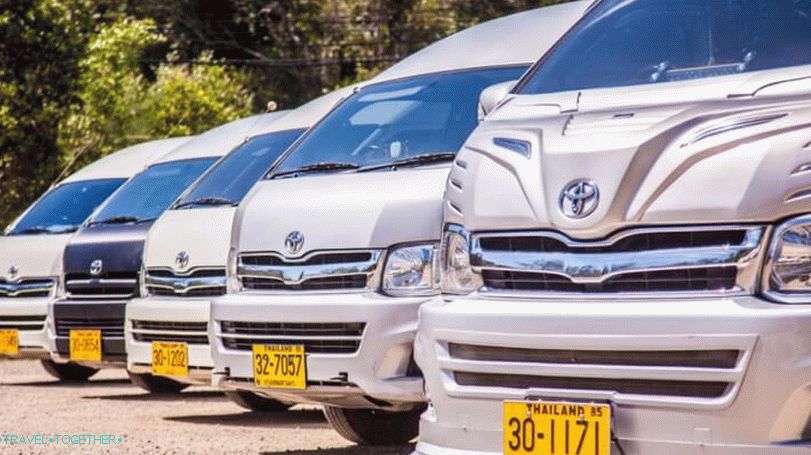 Another difference is the ability order a minibus, provided that you are traveling in a large company and do not fit in a normal passenger car.

How much is a taxi in Thailand?

Because of its island location in Phuket, everything is significantly more expensive than the mainland resorts, so do not be surprised if in Pattaya for a tuk-tuk fare you will be asked for a total of 20 baht. Price on the cost of the tuk-tuk between the beaches of Phuket is officially registered on stands at the roadway, but usually with drivers you can agree, since English and a little Russian know almost everything. It is better to negotiate the price in advance with the driver. Most Popular tourist destinations in Phuket are travel between Patong, Karon and Kata beaches.

Transport
If you are planning a trip on your own, you should consider such a

Transport
Many times traveled in Thailand by bus and always good buses come across, even

Transport
A short note on motion sickness in transport, sometimes are asking. In general, I

Transport
Many tourists ask themselves: “How to rent a bike in Thailand? What kinds of

Transport
Rent a bike in Phuket in 2018 is unlikely to be something differ from
Leave a Reply Cancel reply
Recent Posts
Categories
Recent Comments
Archives
This site uses cookies to store data. By continuing to use the site, you consent to work with these files.