I tell about the main attractions of Stockholm – from Abba Museum to the most beautiful metro station in the world.

All that is listed in the article can be viewed in Stockholm for 3 days. Scandinavia is not a cheap destination, so the route Compiled from the most must-visit locations of the capital of Sweden, for which, I think it is necessary to spend money.

And yes, since half of the places are museums – and the reader, perhaps not a fan of art – I admit that by lowering them, it’s real accommodate IKEA homeland in 1-2 days.

My trip to Stockholm

I first visited Stockholm at the age of 11, and the brightest The impression was narrow streets, as from book illustrations to Carlson, and chocolate coins from the fairy tale museum.

In the following years I returned to my beloved city four times. I live in Moscow, so I travel via Helsinki by ferry. Like floating hotels, they place bars, restaurants on 12 decks, clubs and the most comfortable beds. In fact, more comfortable beds I have not met

In Stockholm I was more often in winter, but also in early autumn lucky. The best weather for Stockholm is September and December. There have not yet come ferocious winds from the sea or the suffocating summer heat. And in December is a bonus Advent – a few weeks before the Catholic Christmas, when street fairs are opened. 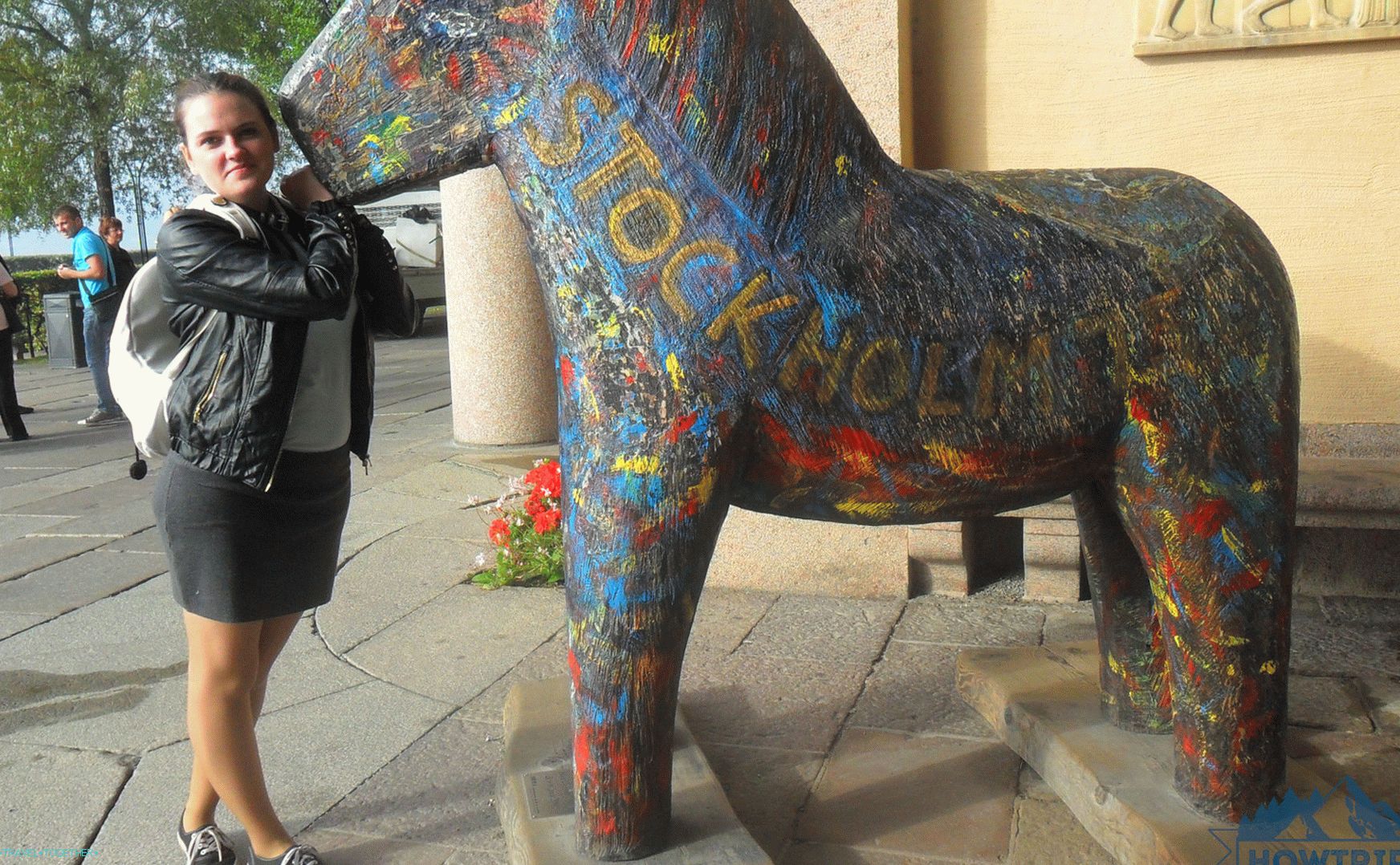 I lived in Stockholm a couple of times, plus I was passing through and spent the night on the ferry, but I can advise on accommodation – hotels of the chain Scandic, there are divine breakfasts. Diverse, dense and charge before long walks.

I visited a large number of attractions that admired or, conversely, disappointed; checked on arab kebabs and popular museums. So, write down what to see in Stockholm alone.

By the way, I also indulge in excursions. Considering what is now accepted book-buy online from all services I like Tripster – excursions in Stockholm are conducted by local (Russian-speaking) residents, and prices are quite adequate, see:

The main attractions of Stockholm are located in this area.

Large Square (Stor Torget) – the main, oddly enough, area Old Town. Here is the Nobel Museum. If not interesting history of the award, try the very ice cream that served at the Nobel Banquet, after the delivery – 100 sek per portion.

I will note the narrowest street of the city – Morten Trotzig Lane. Width 90 cm, and at the height of the tourist season traffic jams gather hoo hoo

Iron Square (Jarn Torget) is famous for the sculpture “Uncle in glasses. “Nobody knows who he is, but they actively take pictures and rub nose. In fact, this is a Swedish composer and poet Evert Toba. 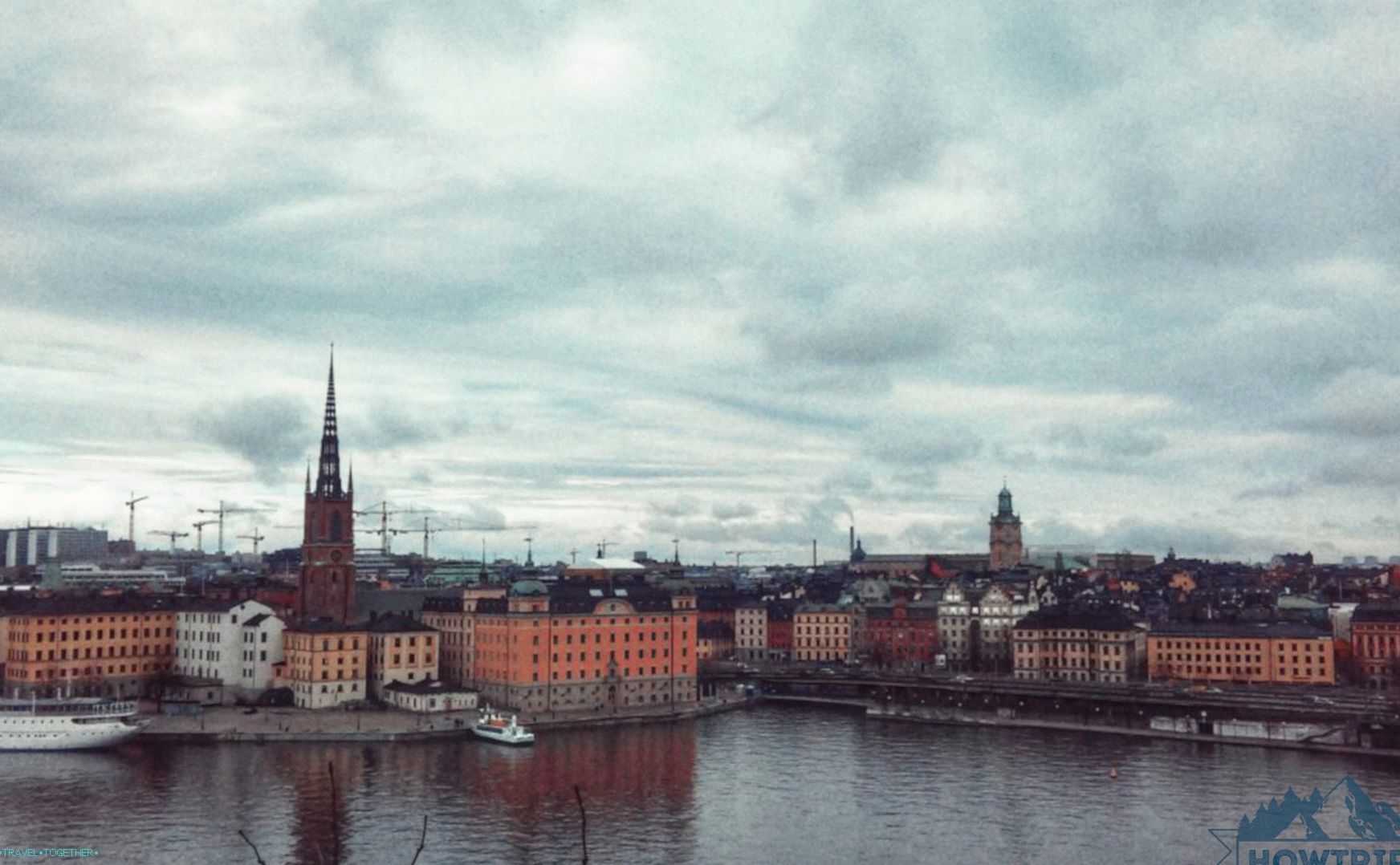 The main attraction of Stockholm! Outside – gray strict construction, not a palace, but luxurious inside interiors. Conditionally divided into 4 parts:

The palace is a working residence, therefore it is open to the public. One Wing: Apartment, Treasury and the Museum of the Three Crowns.

The Riksdag, or Swedish Parliament, is opposite the Royal the palace. In the old wing is a museum with more than 4000 works of art. Guided tours are free on English and Swedish.

Another free of charge museum is hiding in the building of the Riksdag. Middle Ages. How to dress the townspeople, tools, jewelry – all about life in the Middle Ages. 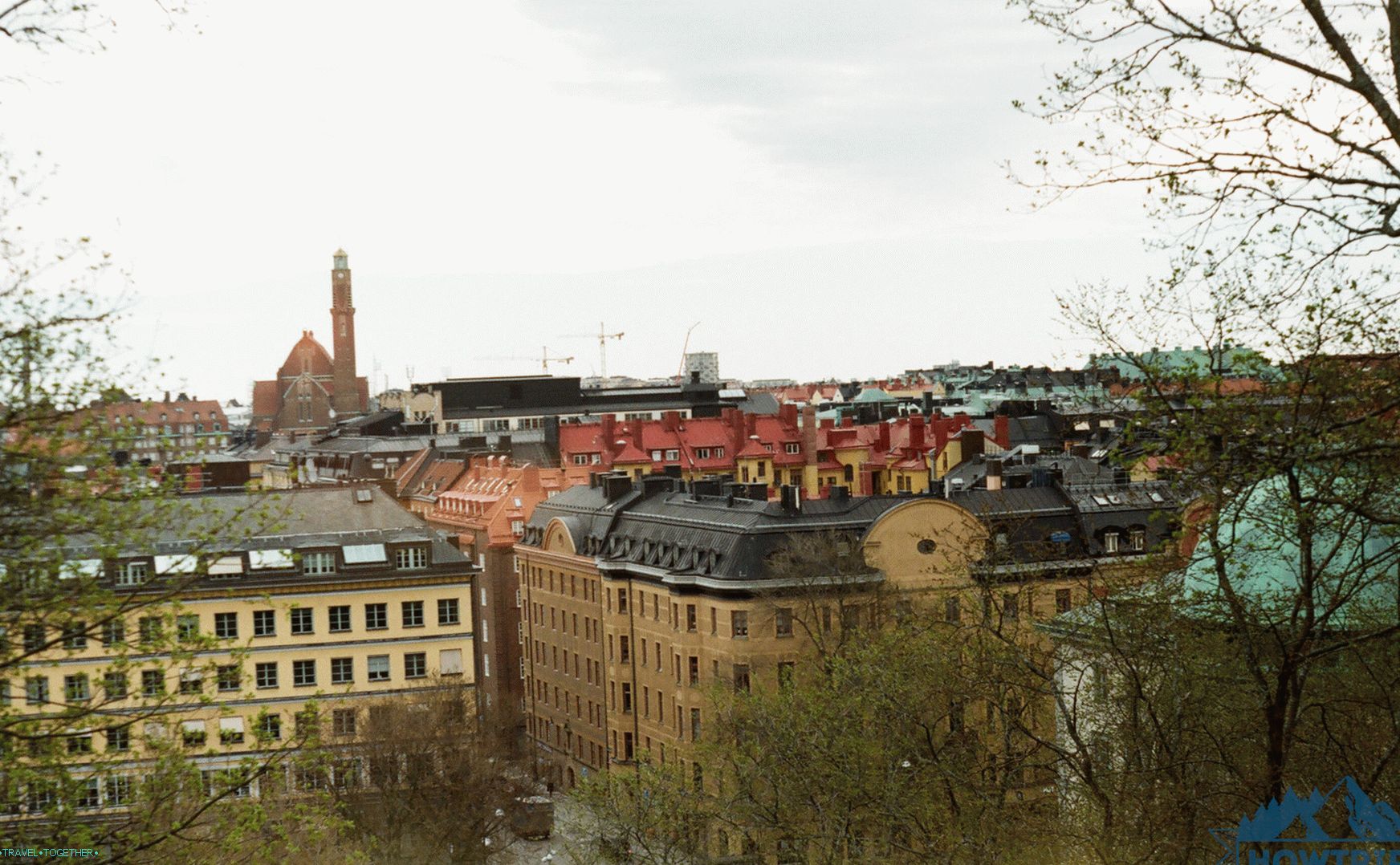 Boy looking at the moon

Not far from the Royal Palace, in the courtyard, the most little statue in stockholm. Metallic boy sits hugging hands knees and looks to the sky. The townspeople love him very much and in the winter they put a knitted hat and scarf on him so as not to freeze. Magic his strength is simple – rub and come back, or throw a coin. And she works! At each visit I rub his head and return to next year.

Its spire is visible from almost every point of the city. And she is famous in first of all by the fact that the Nobel banquet takes place here. I.e, after the Nobel Prize is awarded, everyone goes to the Town Hall – note.

There is also the most convenient staircase in the world (due to the height stairs), the hall is entirely of gold and the blue room, which is really red o_o. You can get to the Town Hall only with a guided tour. In the summer they are held once every half hour, in the winter – every hour. 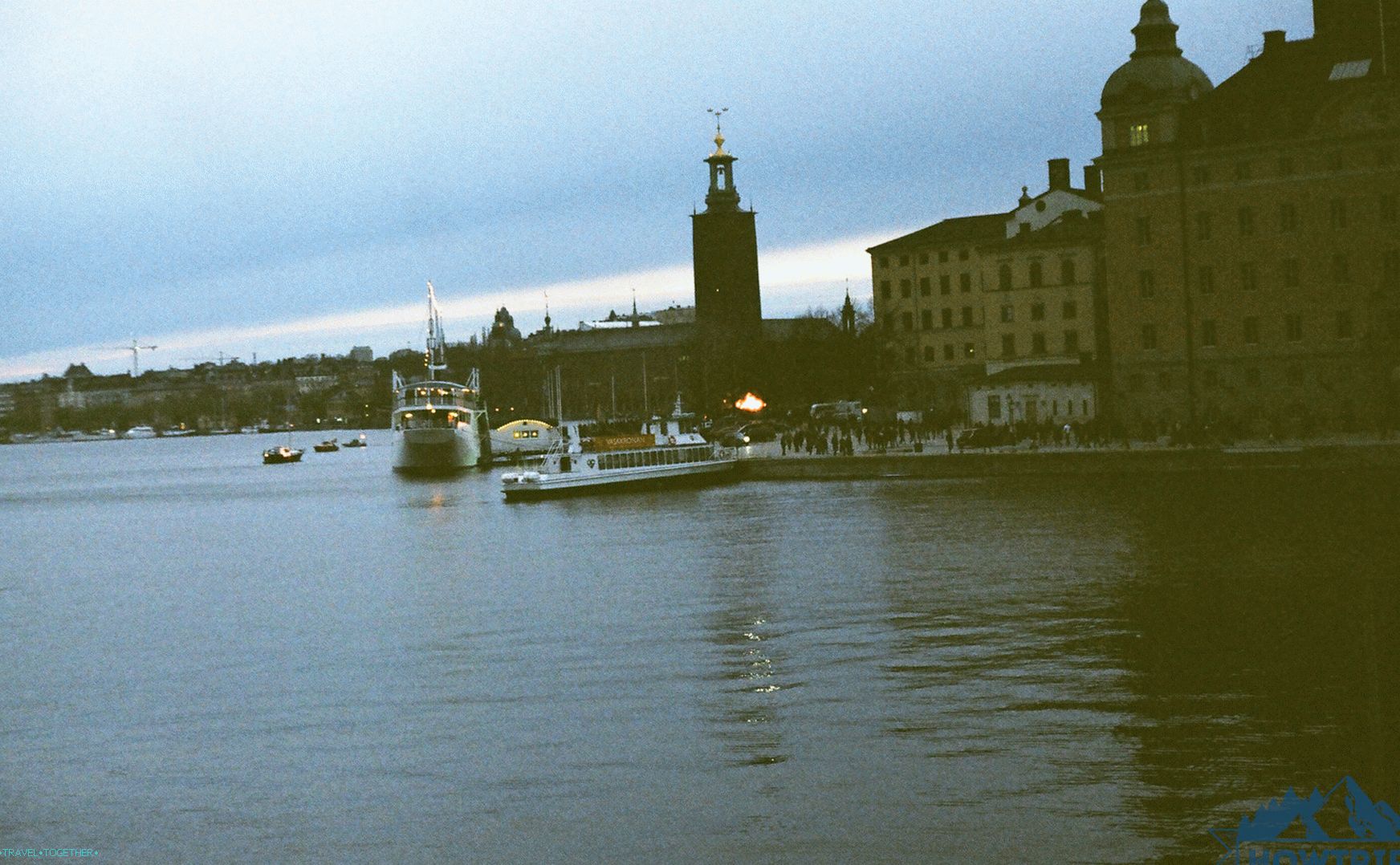 There are three branches in the metro: red, green and blue. All the most beautiful stations are on the blue. You can sit on it in the center Stockholm stations are denoted by the letter T.

At Kungsträdgården, it’s also the Royal Garden, the ruins of a palace trickle, small lakes. On Rådhuset – the design is similar to excavations of ancient civilization.

I advise you to allocate more time on the subway. Tickets are divided into zones: for independent travel for aesthetic purposes is enough ticket for zone A for 36 sek.

In the beginning I told about my recollection of chocolate coins, so here it is from here. 17 years have passed, and barrels of chocolate gold still stand in the store.

The museum is based on Swedish fairy tales: Peppy Long Stocking, Carlson – all of them are presented in the form of installations and dioramas. Fall into a fairy tale on a fabulous train, however, more he reminds ski lifts for 3 people.

After the trip, go out to the playground, where there is a big Peppy ‘s house and spotted horse. Climb is interesting even for adults, I checked. 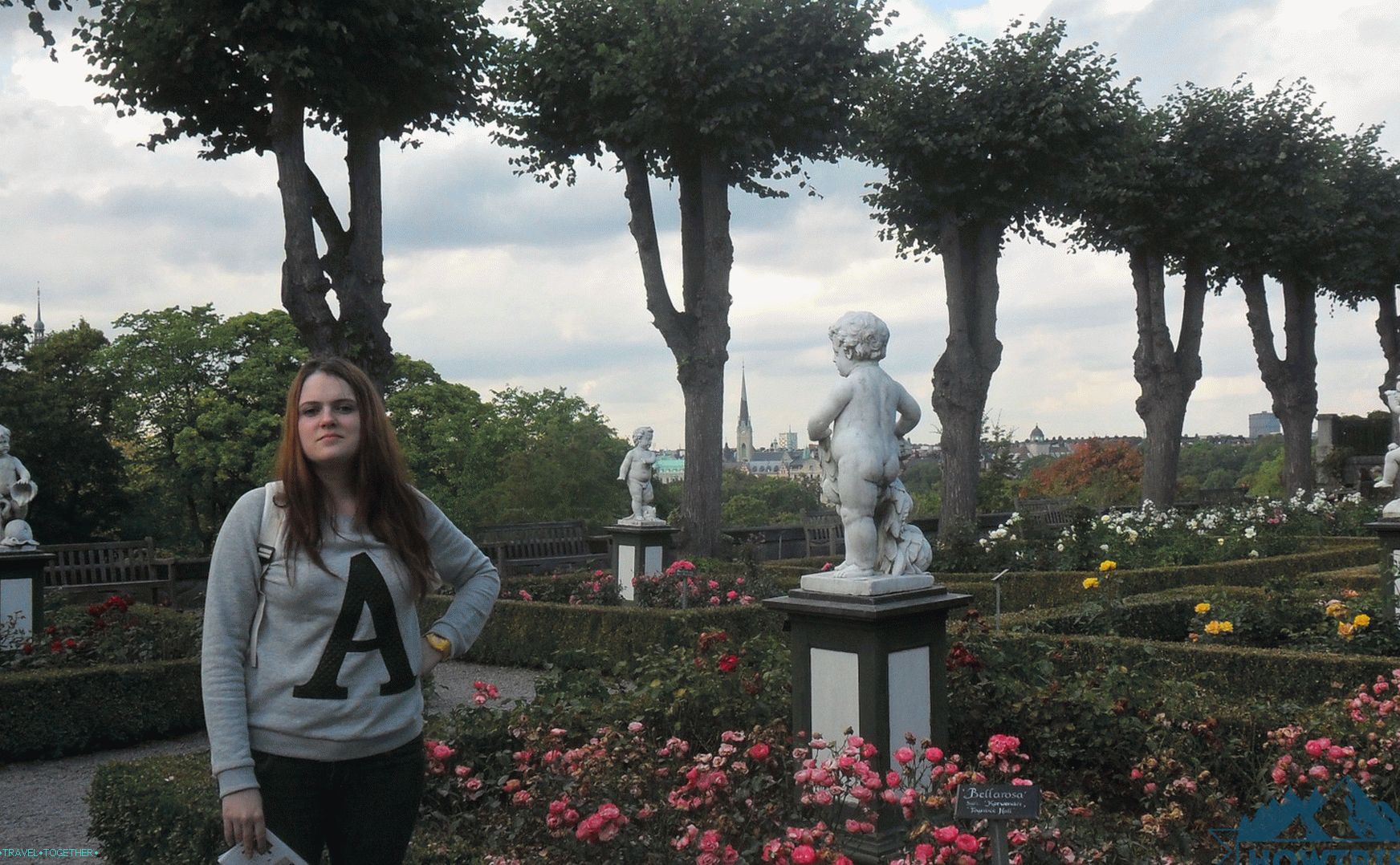 My favorite museum! And in the winter, and in the summer to walk on it very well entertaining. Take a free card at the entrance, everything is not without it look.

A large area is given under the construction of the 17-18 century, illustrating the life of the Swedes at that time – at home, churches, etc. A craftsman lives in every house: baker, glassblower, blacksmith, can come in and try something.

In the north of the museum-park there is a mini-zoo where typical people live. northern animals: deer, bears, wolves or owls (well, it’s a bird, Yes :)). Nearby and a petting zoo with pets – pigs, geese, guinea pigs and seals (ordinary)! A single word about aviaries. Cats live in an apartment with an armchair, blankets and a TV. Guinea pigs – in a large aviary with tunnels overlooking lawn on the street. I recommend to highlight at least Skansen half a day

Swedes are very patriotic and even unpresentable historical events can turn for the better. So with this museum. Errors in construction led to the fact that the ship – the hero of the museum – sank, barely leaving the port. Lay on the bottom for about 300 years and was raised in the 60s. He was parked at the pier and built around tourist attraction.

When you see the ship’s hulk, it is breathtaking! Alas, but Vasa collapses. He is predicted a maximum of 8-10 years of life, therefore – visit necessarily.

The museum is interactive. Learn about the history of the ship, look at items raised from the bottom, listen to the life of sailors on the ship. Or interactively build your ship, distribute the weight and send to swimming The museum has something to do and adults, and children.

Opened in 2013. I was in it twice and will go with pleasure still not an ardent fan of the group. Anyone will be delighted. 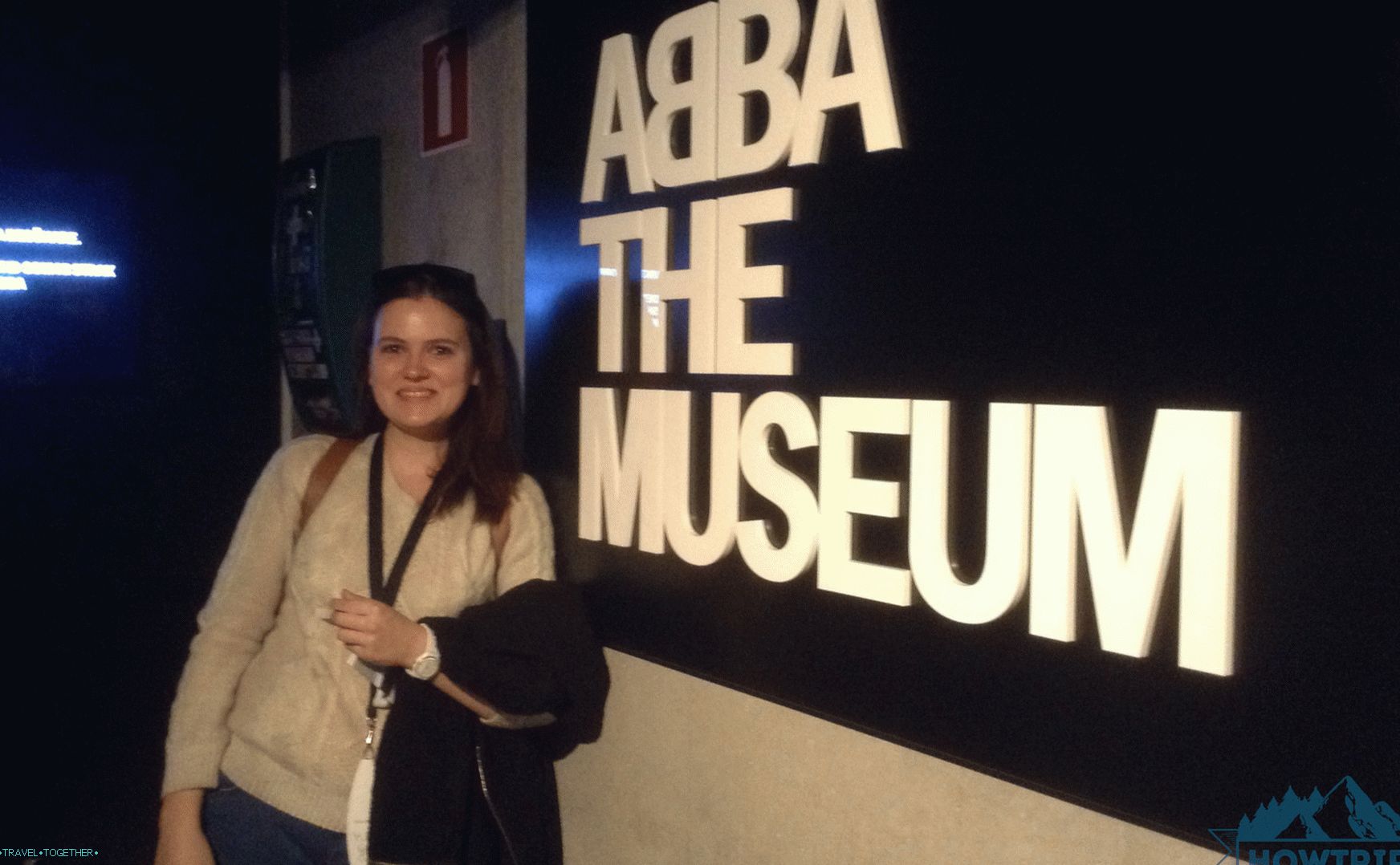 Here and originals costumes, and tools, and the interior apartments, where the work on songs took place, and souvenirs with symbols that everyone loves so much – T-shirts, mugs, key rings.

But the coolest attraction is to sing on the same stage with ABBA. On three songs give a choice, holograms of the participants appear on the scene, and op! be ready to light the crowd!

Museum dear, entrance ticket: 250 sek (+ audio guide in Russian language for 20 sek). Important! You can buy online or on site bank card, cash is not accepted.

What to see in Stockholm in 3 days? 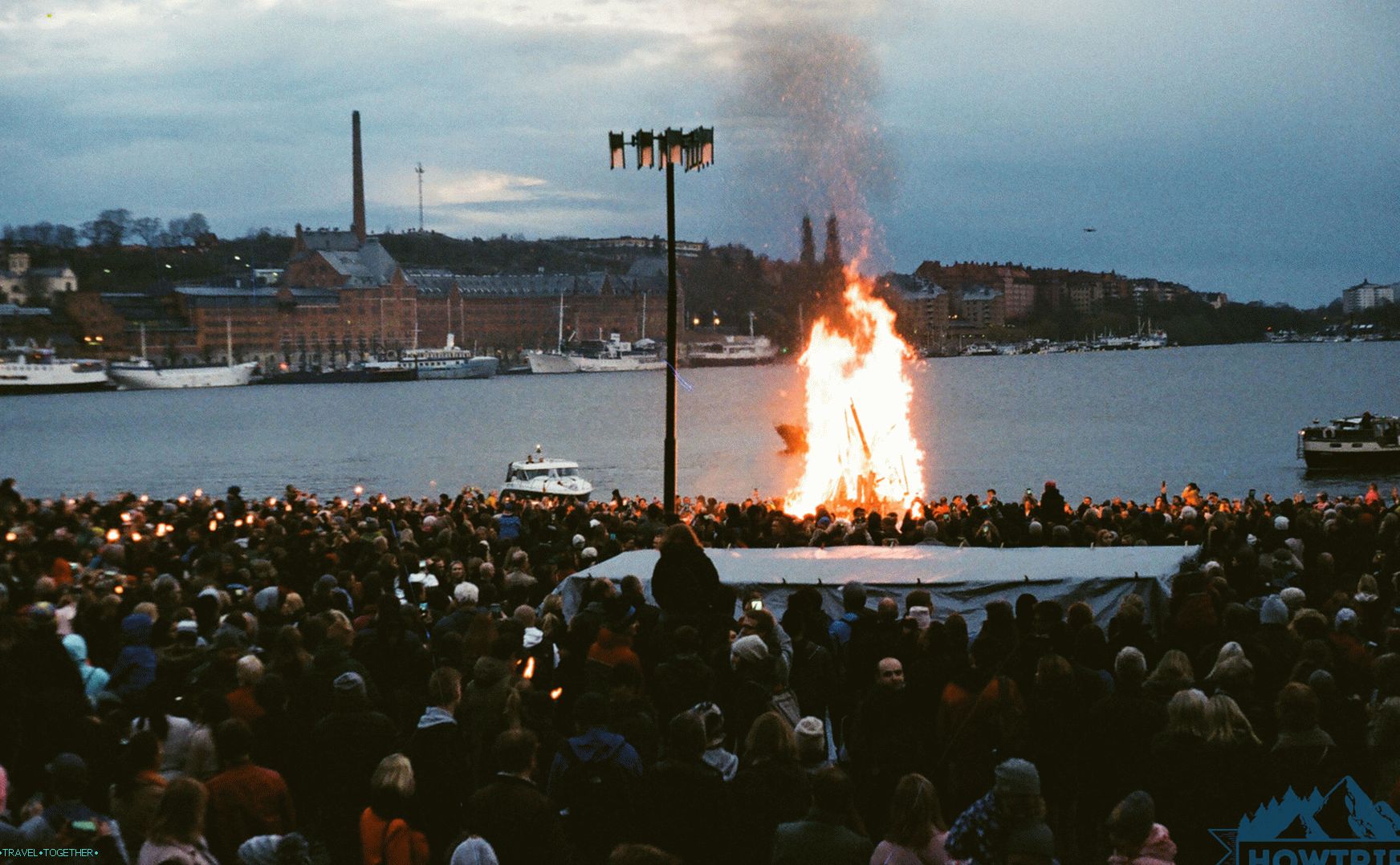 For 1 day: you can explore the Old Town with the Royal Palace and Rummage on the Drottninggatan promenade.

For 2 days: in addition to the Old Town, you can spend a whole day on museum island Djurgorden (Vasa, Yunibakken, Skansen). Besides museums, there is a beautiful promenade.

For 3 days: you can see all of the above plus visit Drottningholm Palace (the royal family lives there), and want to go to the neighboring cities of Sigtuna and Uppsala. Maybe swing by train to Oslo? 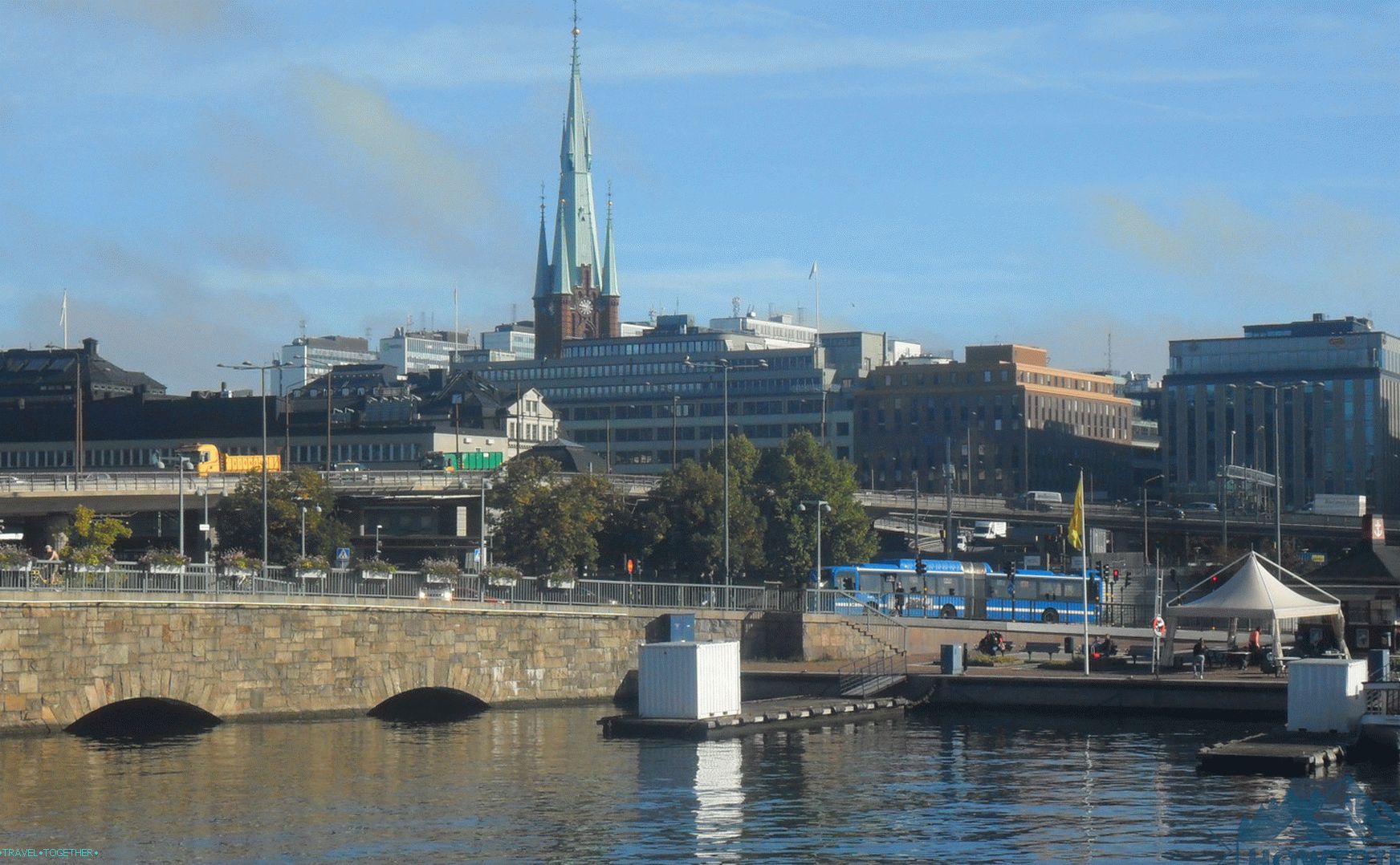 And now some life hacking.

✓ The first and most important thing to buy in Stockholm is Stockholm Pass. A card that allows you to visit for free museums, incl. Vasu and Junibacken. Plus, go to the Royal Palace and Drottningholm Palace (without a card – 350 sek), take a boat ride through the channels (without a cruise card – 250 sek) and go to an amusement park Grunalund (no card – 120 sek). This treasure for 3 days will be cost 1130 sek. It is beneficial if you add up all the entrance tickets!

✓ Red Hop-on buses are also good for exploring the city Hop off Ply the city center near the main sights and always on the same route. Can sit down and get off the bus where needed. The ticket is valid all day, There is an audio guide in Russian. “Pass” for 24 hours: 331 sek, three days: 416 sek.

✓ Free tour of Stockholm is possible, but you need to know English or Spanish. Do you own? Then – Free Walking Tours Stockholm.

✓ What 100% do not advise you to spend money on is an amphibious bus. Whole chip – entry into the water under the epic music from “Pirates of the Caribbean”, but Lasts only 5 minutes. Next comes the usual 70-minute walk through water for 315 sek. 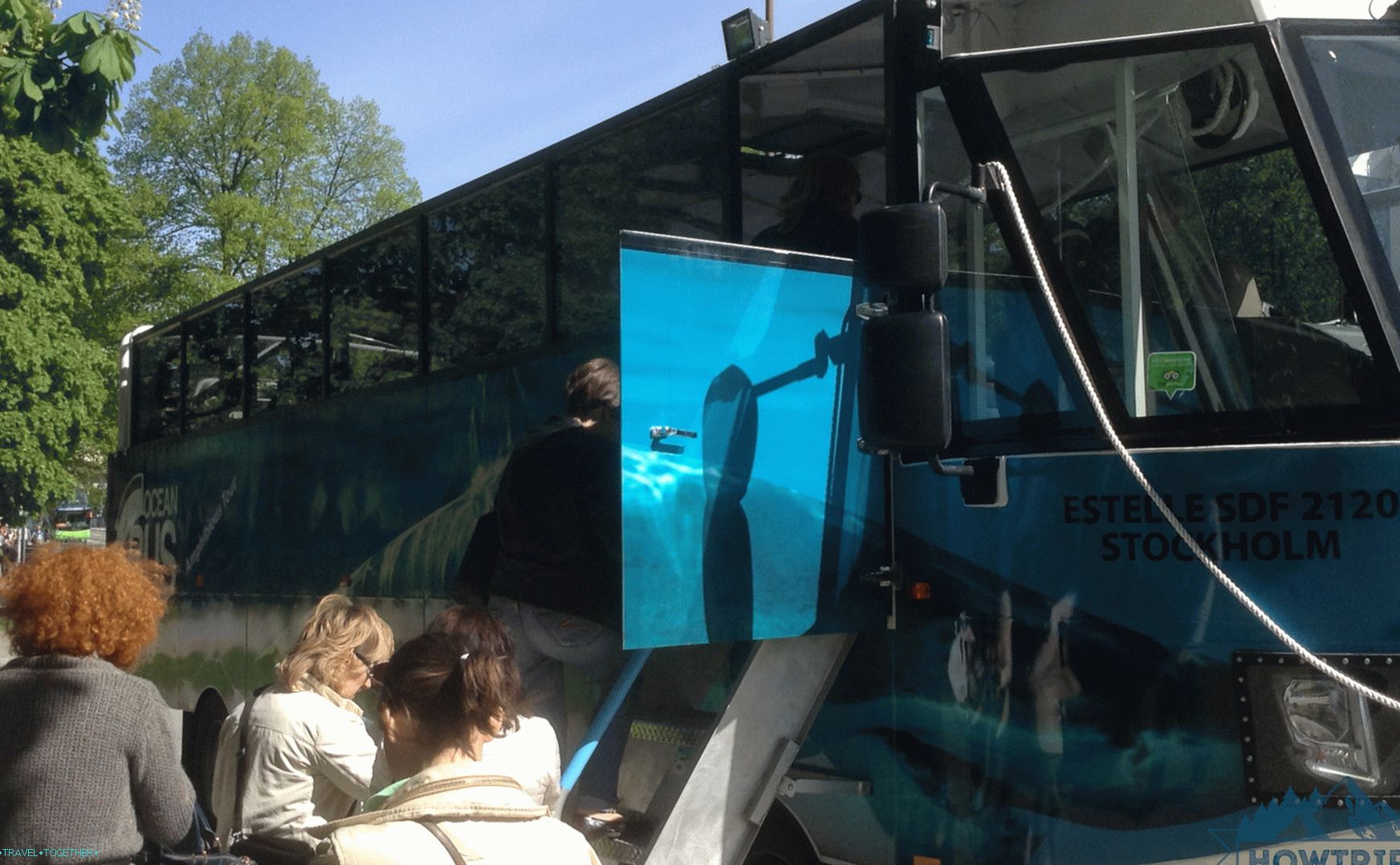 ✓ In terms of food Stockholm is problematic due to prices. After trial and mistakes telling where to eat:

✓ What to see in Stockholm from the shops on the street Drottninggatan (Drottgatan): 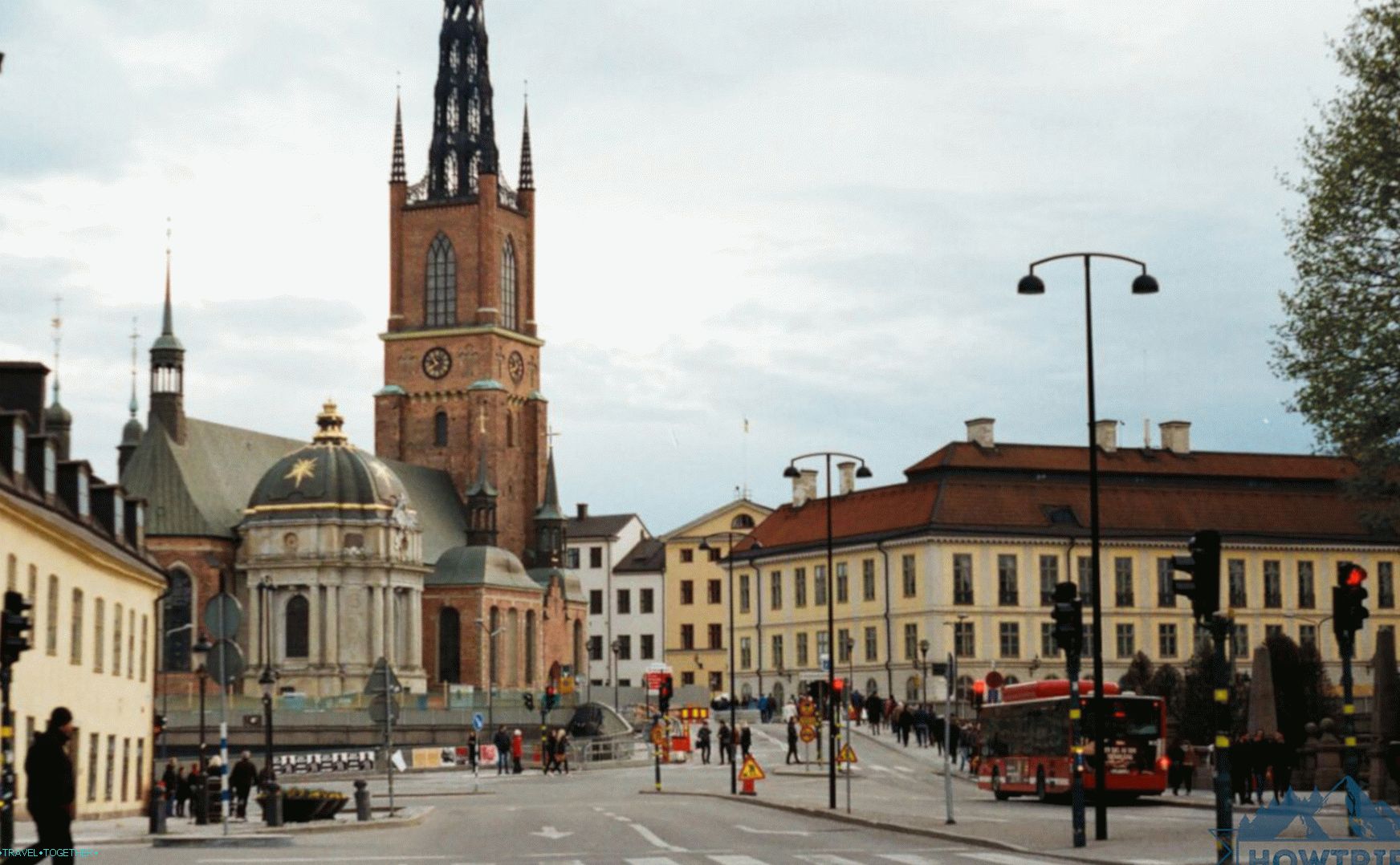 How to get from the city to the airport?

How to get from Arlanda Airport to the city center? The most comfortable and the fastest way is the high-speed Arlanda Express train. Flies over 20 minutes, ticket price from 195 sek. More budget option – commuter trains, 50 minutes and 140 sek one way.