Season in Tunisia – we look at the months and lay them out shelves: when, where and how much to count (and, as in rubles, and in degrees Celsius).

We tell what the difference is between “when is cheaper” and “when better to go to rest in Tunisia.

The beginning and end of the season in Tunisia

Tourist season for any type of holiday in Tunisia It lasts from May to October, when actively fly charters from cities of Russia. Other months the resorts of Tunisia freeze, fall into anabiosis and noticeably cheaper. Generally, in the winter here go breathe the sea and for the SPA procedures.

The season in Tunisia breaks out in June: temperature the air finally reaches + 30 ° С, the water temperature reaches + 23.5 ° С (Exception – the island of Djerba, everything is + 26 ° C). July and August can to shake holidaymakers with dry heat and jellyfish. But in September, the influx of tourists will repeat – there comes velvet season.

Off season in Tunisia, as probably everywhere, the best time for “ride-see.” Love excursions – fly in early spring or late fall. And another important point: Tunisian resorts stretch along the coast from north to south of the country. And in the same month in different places the climate may differ (like the concepts themselves season / off season).

In order not to confuse anything – our table by months:

Where to look for cheap tours?

In this case, good online aggregators. They collect offers from all the leading tour operators, suggest when to fly more profitable and easy to use:

Prices for vouchers are displayed directly from travel companies, but plus in that you can cheapen the tour with the help of promotional codes. 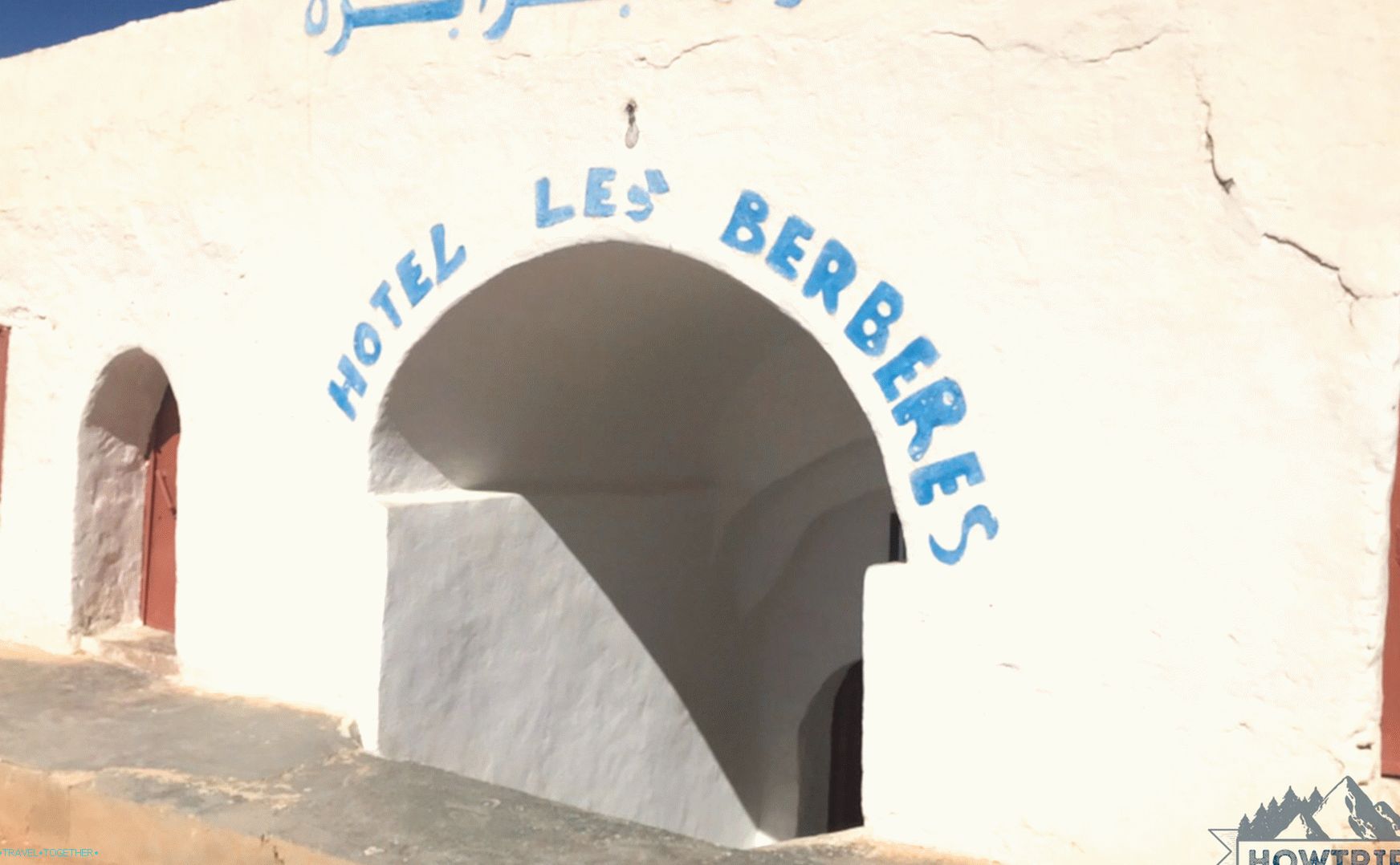 The weather in Tunisia is almost African. Almost – because nights can to be cool and the heat is better tolerated than they are tourists. All because of the winds blowing from the neighboring Sahara, then from the sea. They “smooth out” the summer heat (the main thing is not to burn under such a breeze) and cool the night air. And the rainy season, on the contrary, they make it especially wet.

So, we analyze each season in Tunisia for months, weather surprises and level of comfort.

Tunisia in March, April and May

In March, on the heads of casual tourists still winter rains can spill. Air temperature indefinitely jumps from + 15 ° С to + 25 ° С (5-10 degrees lower at night). ABOUT water temperature is not even worth a stammer (+ 15 ° C, to whom interesting).

In April, the tourist season is coming. Around everything is blooming and smelling, connoisseurs of slow walks are catching up and excursions. The air stably warms up to + 20 ° С (we remember about cool wind and take a jacket with you for the evening). By the end you can risk and climb into the sea, but in the area of Djerba, where the highest for April + 20 ° С in water.

In May, a beach holiday in Tunisia is gaining momentum, and you can safely lying under the sun and eating strawberries, which just ripen. Wind and rain are possible, but less often. Outside it warms up to + 27 ° С, water warms up to + 20 ° С in all resorts. Our tourists are already swimming in May holidays (again, on Djerba), but only those who are + 21 ° C in joy?

If you ask in which month it is better to rest in Tunisia in the spring, my answer is in april. When the season starts, you can be nice save (and to compensate for the cold sea by the pool): prices for tours in April 2019 – from 45 thousand for two in 7 days! 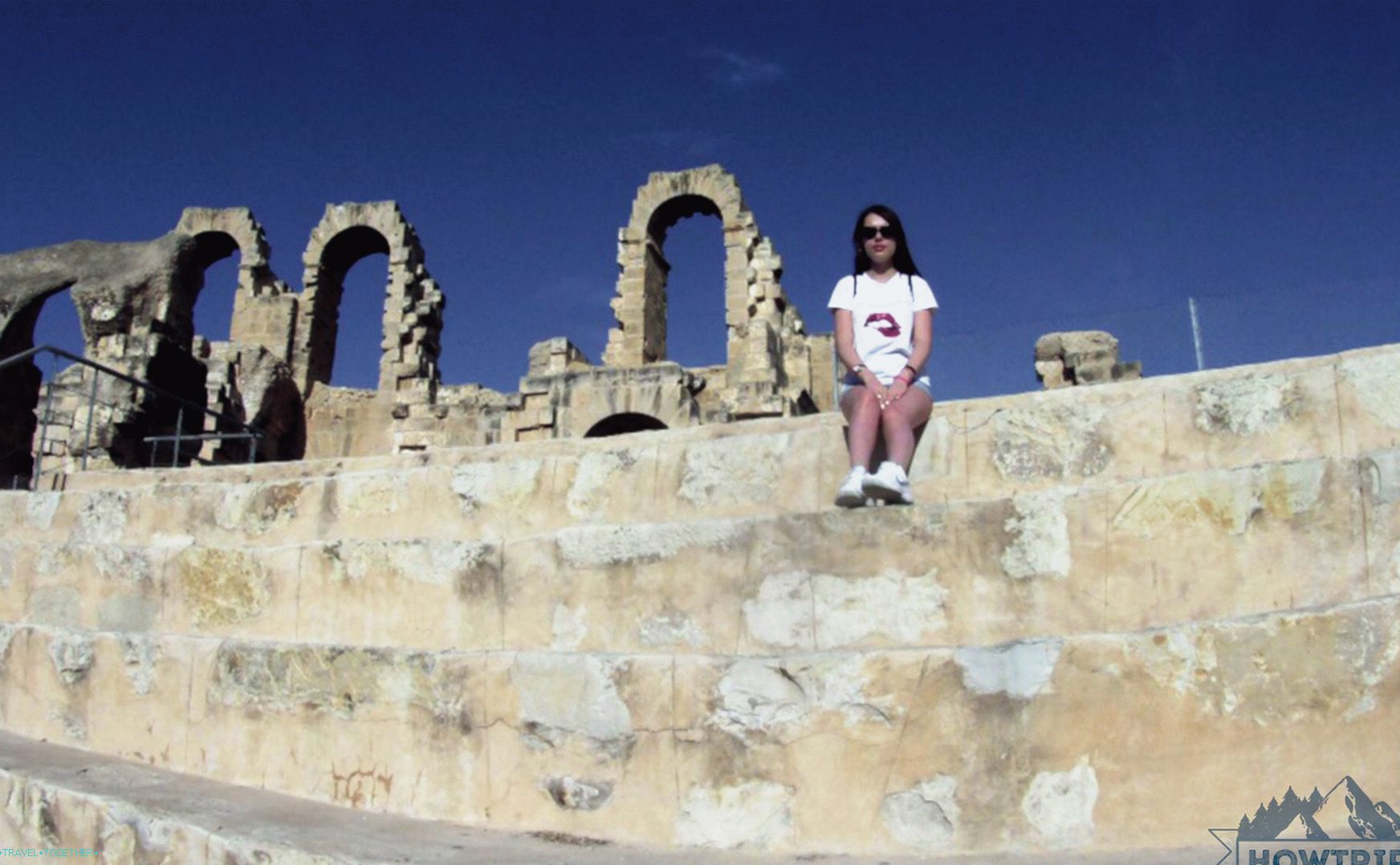 Tunisia in June, July and August

In June, the swimming season starts. Degrees are rising in the air (+ 28 ° С) and water (+ 24 ° С) and prices for rest. I note that Tunisia at the beginning and at the end of June – different in the degree of warmth. If you need more or less warm sea, in the first half of the month it is better to Djerba, from the second half – anywhere.

Already in July comes the hottest and driest period of the year. AT conditions of + 34 ° C in air and + 25 ° C in water the most desirable object on rest becomes air conditioning. On the tour dare read units. However, at this time hotels do discounts – if the week is two in June costs from 58,000 rubles, in July – from 53,000.

In August, the beach season breaks another The beauty of resort life is the season of jellyfish. In Tunisia, such an invasion especially susceptible to Sousse and Monastir. Although difficult to guess which the beach will be chosen by jellyfish for their beach holidays summer.

Tunisia in September, October and November

Velvet season begins in September: families appear in Tunisia with children, pensioners and other tourists, which is important weather comfort. Air temperature is + 30 ° C, the sun is not so active. Water, heated from summer + 27 ° C. In theory, everything is stable, but in September 2018 in Tunisia, there was a real flood – to the extent that suffered hotels and the airport.

A wonderful time continues in October: + 25 ° C sightseeing, the sea is still warm (+ 24 ° C and only by the end it drops to + 22 ° C). Delicious ripen in October Tunisian dates. Prices for all this luxury even slightly lower. Summer: tour for two adults – from 50 000 rubles for 7 nights.

In November, the rainy season rages. At sea – storms, it gets colder up to + 20 ° С during the day and + 16 ° С at night. Winter arrives in Tunisia. Find out where November is warm. 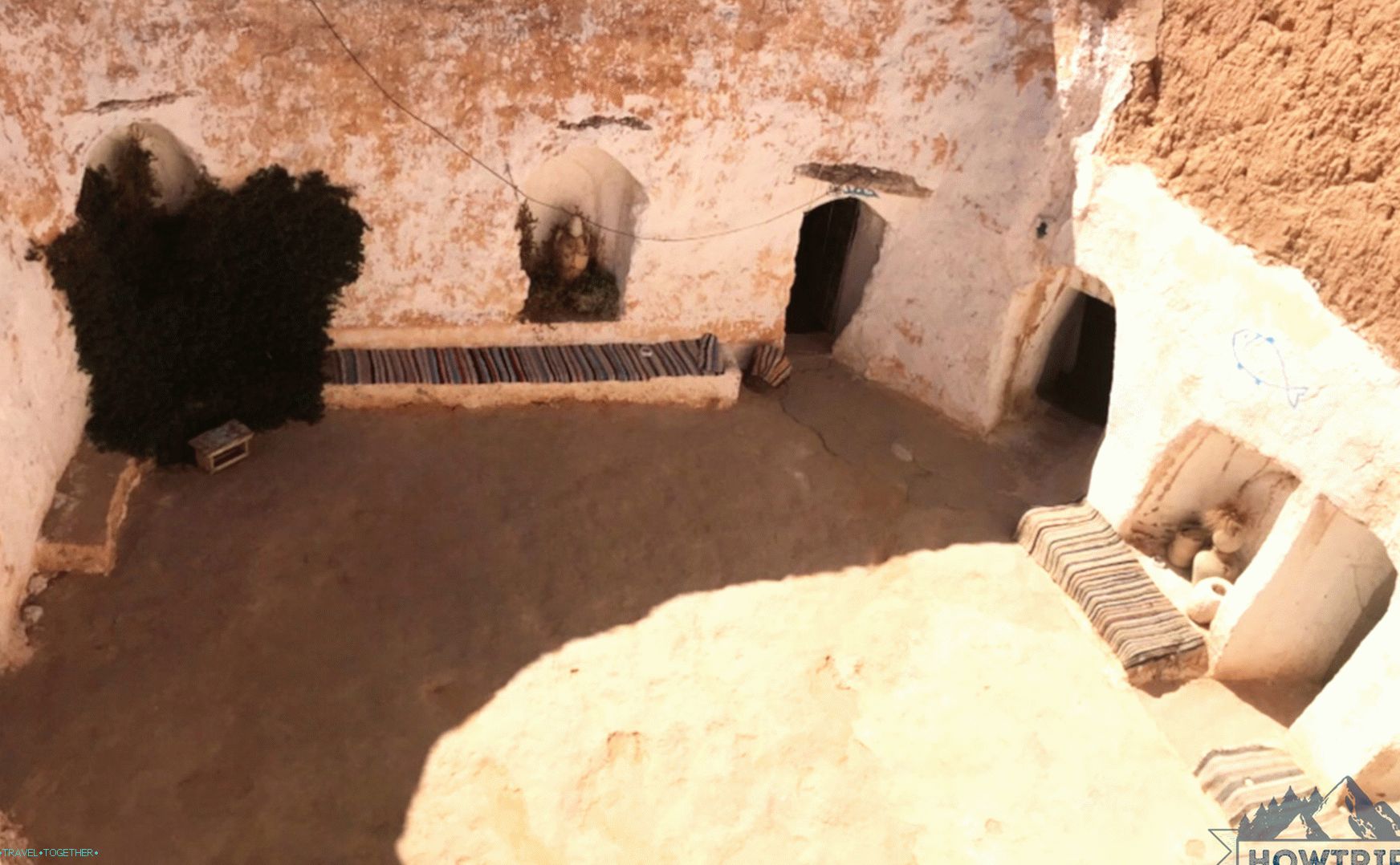 Tunisia in December, January and February

The winter weather in Tunisia is mild enough. Yes, it rains, but they yet they are replaced by a bright sun, which sometimes warms up even + 17 ° С. In general, Tunisia turns into a world in winter (I’m not afraid of the word) health resort: in the low season they are coming here and flying for the sake of centers of thalasso therapy.

December is still not very rainy. New Year’s Eve years (read: almost all of December) “winter” hotels are luring discounts, guides and guides drop the price tag from $ 120 for the popular Sahara up to $ 100.

In January, Tunisia floods, the rainy season in the the height. Only 10-12 bad weather days per month. Air temperature comparable to December, + 13 ° С. Strange, but trees are starting to bloom almond and citrus seeds By the way, even in early January from Moscow There are tours to Tunisia. And people drive!

In February, it warms up to + 16 ° С. Rainy days less, especially in the south of the country. Tunisia is preparing for the arrival of spring. AND to new tourists.

When is the best time to relax in Tunisia?

To decide when it is better to go, answer yourself: why are you going to Tunisia?

If you have already decided when to go on vacation, go to the next item.

What to see in Tunisia?

Take any travel guide booklet for Tunisia and you will offer excursions to the ruins of Carthage, will be sent on a trip to ATVs on the Sahara or to meet dawn on camels ($ 120 for two days, as already mentioned).

But Tunisia is not limited to this. Therefore, for you my personal selection of attractions: 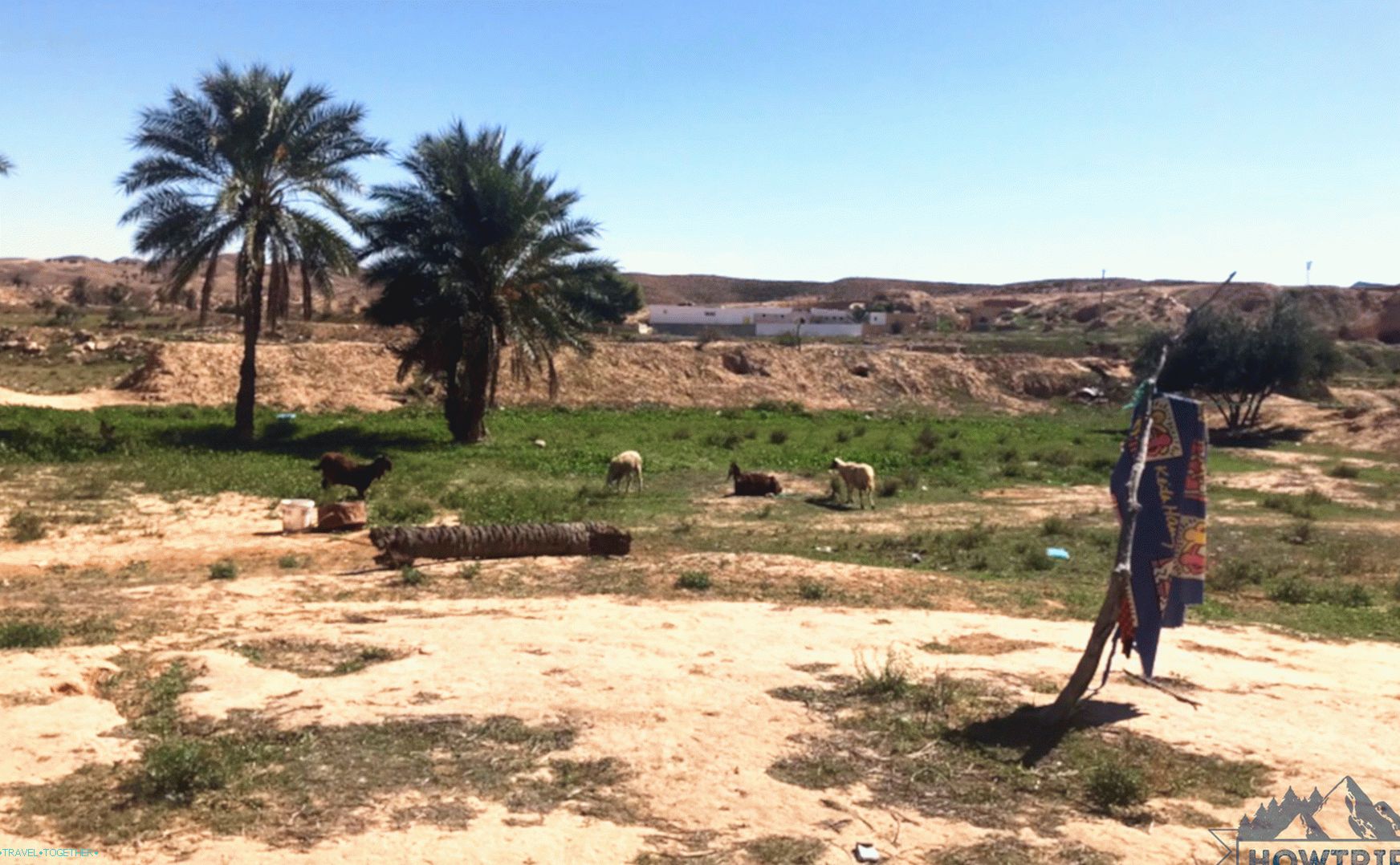 Finally, we find out that useful feedback will advise us. tourists:

When is it cheaper to relax in Tunisia?

According to most experienced tourists, cheaper holidays in Tunisia coming out in April or October. In these months you can catch a tour of very “tasty” price.

Should I go there out of season (December-February)? If very want, then why not. But considering how much to fly to Tunis, in the absence of charter flights, all the savings will be eaten by the flight. For example, round-trip air ticket in February will cost from 22,000 rubles per person