South Korea is not the most popular destination among Russians. This is due mainly to the remoteness of the region; high prices, well, the prevailing idea is that vacation = sea

Yes, the rest in South Korea is really not cheap. But quite acceptable – even for a budget tourist. I’ll tell you what time we cost a trip to Seoul and sign for prices in detail in South Korea in 2019

How much did my trip to Korea cost? 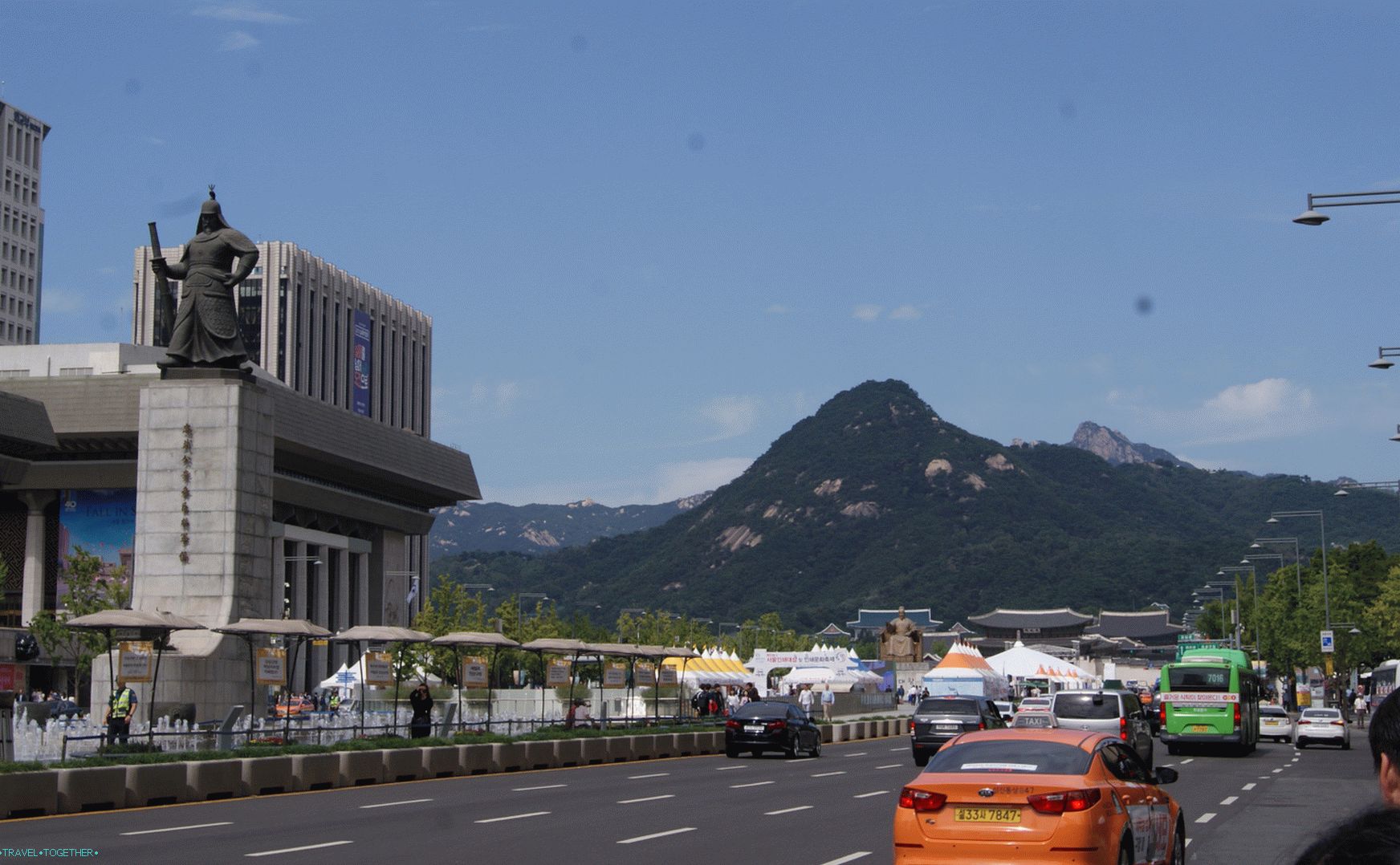 We went to Seoul (I’ll say right away that all amounts are given on example of this city) in the first days of December 2018. Into two weeks flew from Moscow.

In December there is a low season in Seoul, so the expenses were wrong great as i expected. In general, prices in South Korea are comparable to our Moscow: we spent about food as much as in Russia. Clothes in seoul department stores and boutiques are expensive, another thing is markets, a paradise for shopping lovers! There you can buy literally everything – from shoes to vegetables – at a discount of 30-40 percent, and in some places – all 50. And else there (yes, in the market!) you can find cheap and quite-beautiful jewelry.

In Korea, circulation only won, dollars, euros, rubles from Koreans “not in honor.” My advice: change at the airport amount to the road to the hotel (hostel / apartment), and the rest is already in the city. The course at the airport is hellish rip off In the city, there is no point in looking for the most profitable course, because the difference, if there will be, is minimal. Just take international passport and calmly go to the first major bank.

And a few interesting facts about which I can not help but to tell:

Prices for holidays in South Korea (based on our experience, on one, for 2 weeks):

Total budget: about 100,000 rubles per person Yes, it was not quite economical, but we studied reviews experienced tourists, because they were ready for such expenses. And never sorry – a trip to Korea is definitely worth it!

The good news is that Russians don’t need a visa to Korea, but that’s when provided that you will stay no more than 60 days.

Prices of flights to Seoul

For most Russians, the price of a ticket to South Korea (namely, to Seoul) starts from 24,000 rubles round-trip. It, Of course, the flight from Moscow and with transfers: in Novosibirsk, Irkutsk, Mongolia, Kazakhstan, etc., depends on the airline. Straight flight – 8.5 hours – costs from 38,000 rubles, is carried out by Korean Air and Aeroflot (more expensive).

Keep an eye out for convenient options and monitor prices on aggregators (I will tell you that everything that is below 23 can be considered excellent for Moscow thousand):

Most frees those who are from the Far East. So from Vladivostok to get to Seoul by plane for a penny: from 12 000 rubles in both directions! Or by ferry to the Korean port of Donghe (from 11 000 rubles), and from there – by bus to Seoul (900 rubles). The road will get rich, but long enough: about 27 hours by ferry and 3 hours by bus.

Prices for food in cafes vary greatly depending on what is decided you have a snack at food court in the mall or have dinner in decent restaurant. In principle, as in any country. If you worried about the unusual dishes, it is not necessary: in any institution There are variations of rice, meat and noodle soups.

Be sure to try something from the street food – It is very tasty, cheap and unusual! Us the most Liked:

✓Everest. It is very tasty there, and you can find everything in the menu – from lamb curry to a vegetarian vegetable salad. Average check for one ≈ 17,000 won. ✓Paris Baguette – very popular bakery in Seoul with tourists. ✓Isaac Toast & Coffee – sandwiches for snacks, with potatoes, cheese, ham, etc. 3000-3500 won over toast.

Prices in South Korea for products, it seemed to me, not much below our Moscow. We purchased mainly in large network supermarkets (as local people told us, prices are much lower there) – EMART, GS25, COU.

Life hacking for those who like to save: many grocery stores Free tastings are organized daily in Seoul – they put up whole racks with fruits, vegetables, cheeses. You can take food from there to any quantity, the process is not controlled by anyone. Anyway – Koreans oh-so-love to eat, so no one is sure about you look, be calm

In the grocery, by the way, you can find a lot of strange. For example, Baskin Robins, but not ice cream, but a sandwich (yes, filling between pieces of bread), tomato yogurt, maple sap marinated in soy sauce quail eggs …

Prices for hotels in Seoul in 2019 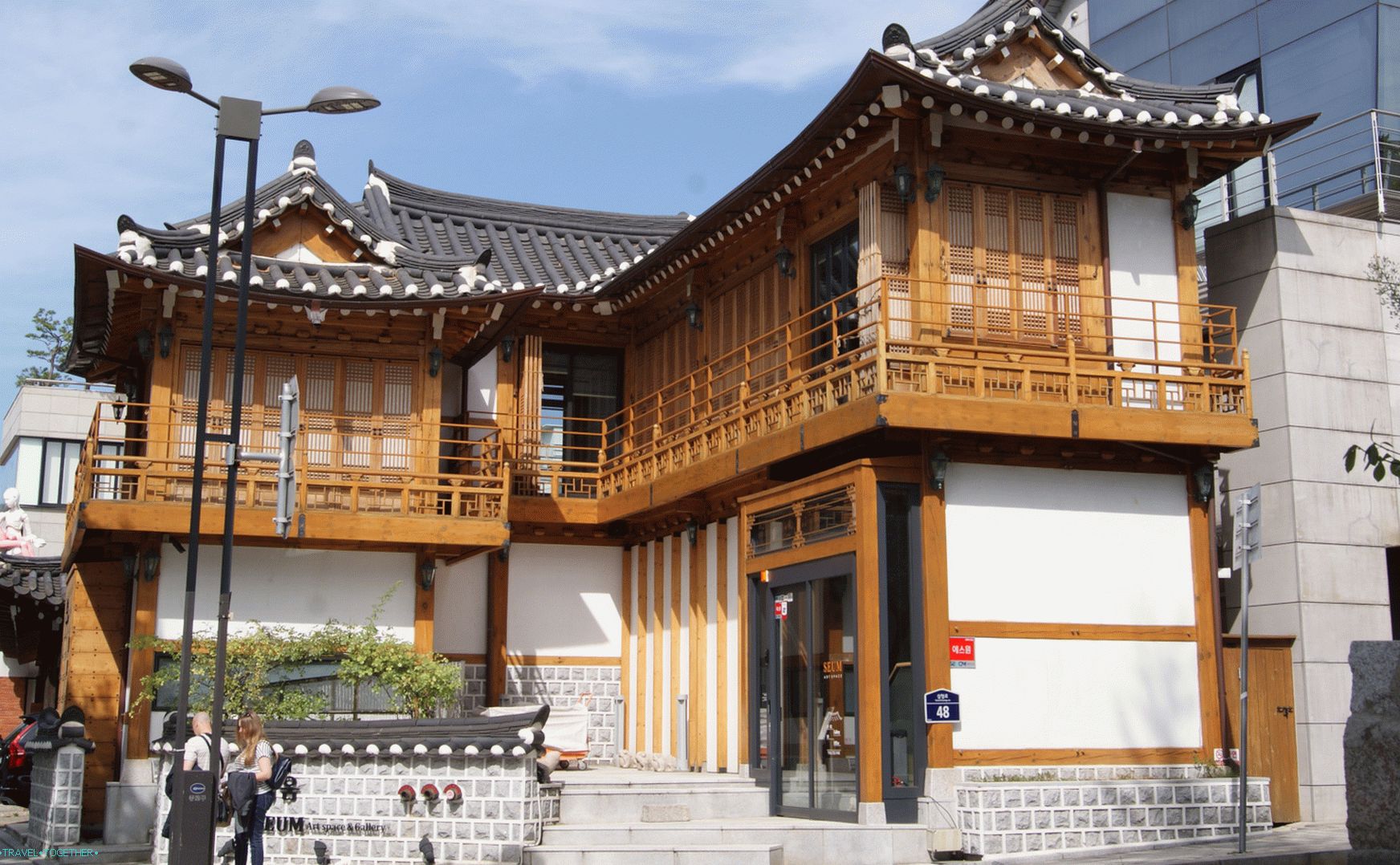 To begin with the question: where to stay? Seoul is generally divided by 25 of the districts, half of them are central, and there, of course, is very expensive. Therefore, to reduce the cost of living, it is better to choose areas away from the center. For example, Gangnam (he, by the way, is dedicated to the song Gangnam Style) or Chamsil. We lived precisely in the latter. There is the famous Lotte Hotel World, but if you do not look next to him, then you can catch cheap rooms or apartments.

The cost of renting housing in Seoul is highly dependent on its locations – the closer to the center, the more expensive. We did not want to live in the hostel, and the hotels were too exorbitant, so opted for a small odnushki 15 minutes from center. The apartment was very simply furnished – nothing extra, only the most necessary, but it didn’t bother us, because sleep and take a shower there could be quite comfortable, and the rest we had no need.

Since I can’t say anything about the last in Seoul, a selection of hotels from my older and more important friends (to whom it is important, in first of all, comfort):

The cost of renting an apartment

Rental prices in Korea (per day):

Prices for transport in South Korea 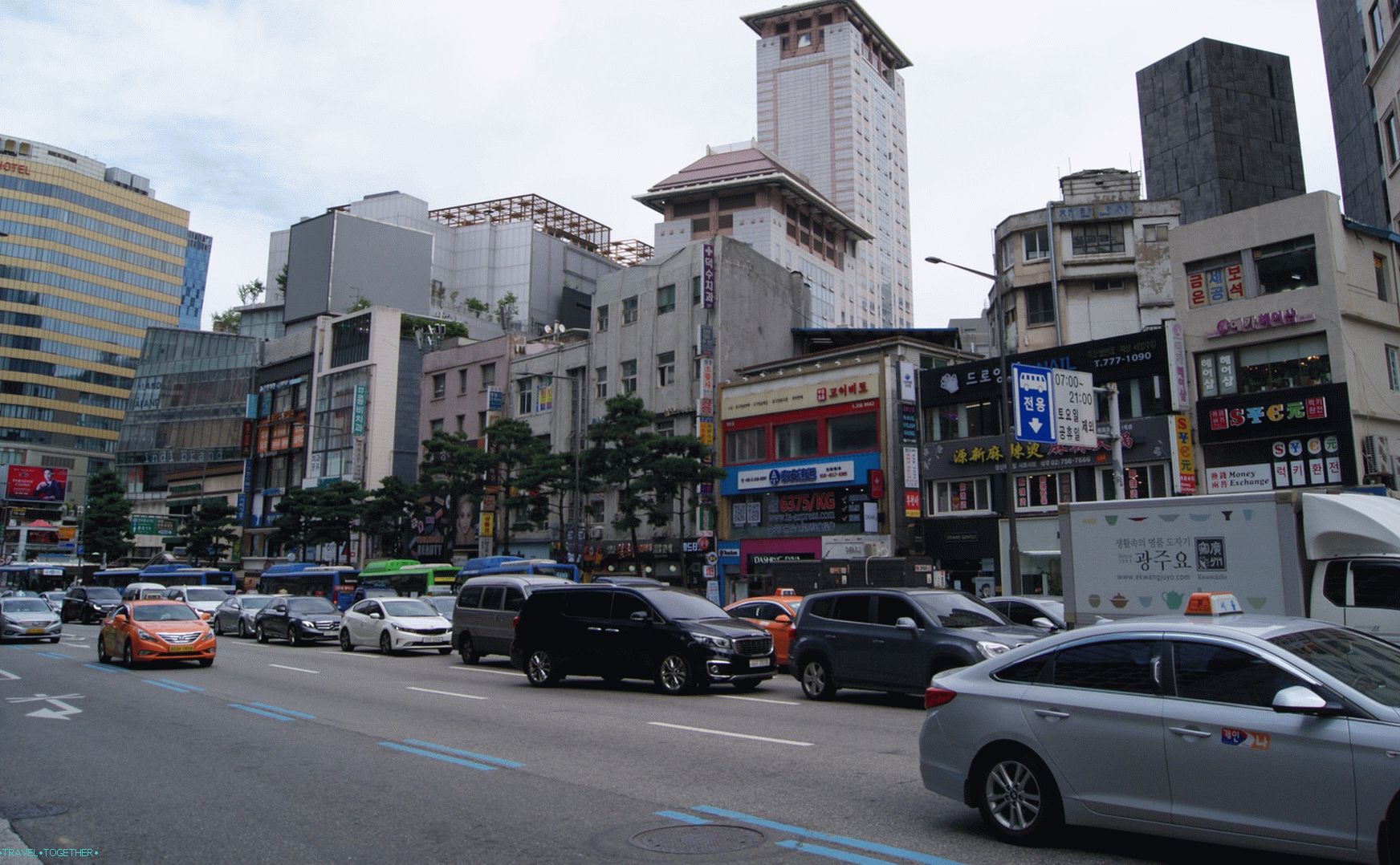 Public transportation in Seoul is not the cheapest: one ride to Metro – about 2000 won, but 500 of them can then be returned. Simply you insert the used ticket into a special machine, and he returns this amount.

But the prices in Seoul by taxi are quite reasonable, it works according to to the counter. On average, a trip around the city can cost from 5000 to 15,000 won If you are a couple or a company, a taxi happens more profitable.

If you allow the budget, you should definitely take the car in Renting is a great way to get to know Korea better. For you must have an international driver’s license be over 21 years old and have at least an annual driving experience.

Renting the simplest car (for example, Kia Ray) begins from $ 65 per day. For reliability, book in advance on the aggregator RentalCars.

Prices for entertainment and attractions in Seoul 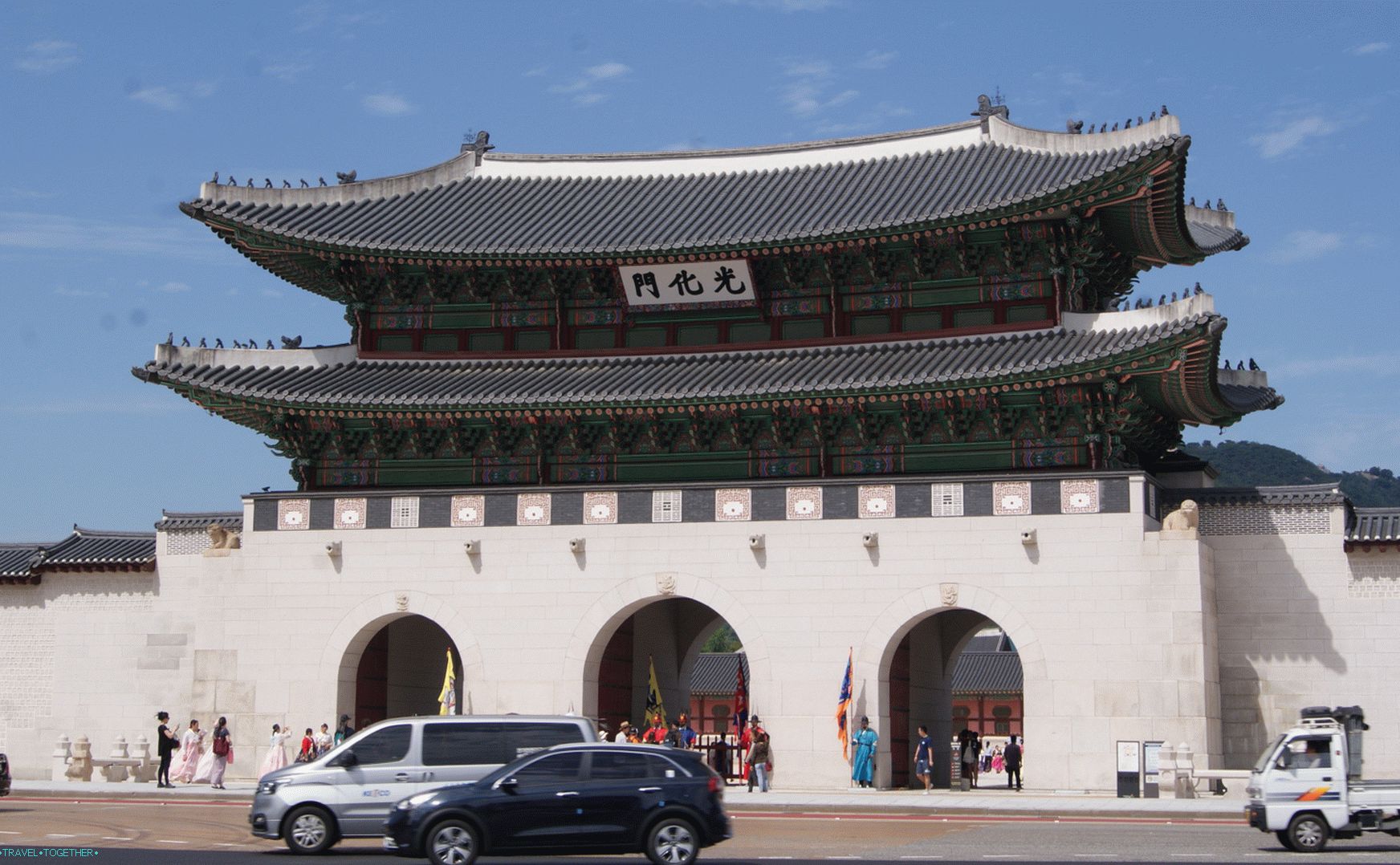 Holidays in South Korea are not only delicious cuisine, but also entertainment, and attractions. But I’ll say right away that prices in Seoul for entertainment is not at all small, so be prepared to spend money

Mendon Street – the most famous shopping street Seoul There you can find huge shopping centers and pretentious ones. specialty shops, and small shops. And by the way, besides the famous world brands there you can find things of local designers – cool and for a small price. And there are a lot of restaurants, kiosks with food, beauty salons and other things, so if you go there, then for sure for all day.

Hongdae District – pleasant for walks, modern, filled with students from a local university for artists and designers, plus a lot of stylish cafes.

What to see in Seoul?

There is also the Seoul tower – we, unfortunately, have not reached – Genbokgun and Chandok palaces, tours to the demilitarized zone of Korea (prices from 48,000 won per person) and countless streets and alleys for walking. 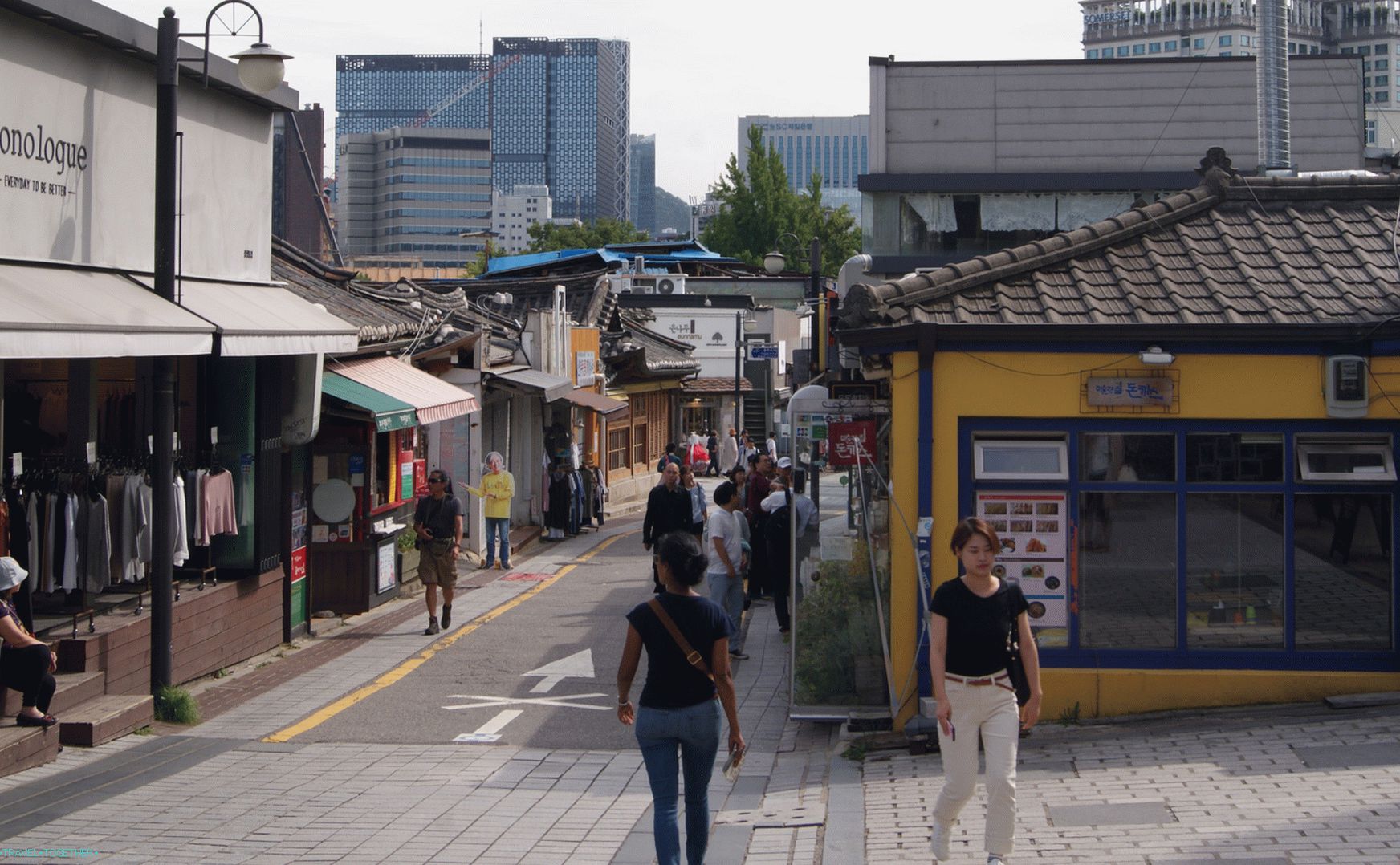 By the way, the sea in South Korea is another attraction. They say it is very warm in summer and the beaches are clean and nice. equipped. During the next trip to Korea we Be sure to check!