Meet the New Year in the most romantic city of all the planet – already an event about which you can tell your grandchildren. New Year Paris is Christmas markets with mulled wine and hot chocolate, live showcases in the Printemps and Lafayette galleries, holiday programs at the Moulin Rouge and Disneyland, multicolored crowd on the Champs Elysees at midnight. We will understand what, where, how much and how cold?

Probably the only thing that can reduce the degree of fun is weather in Paris for the New Year. In December and January in the capital of France usually damp, windy and chilly. Air temperature is kept around + 6 ° C in the afternoon, and at night it can freeze. Alas, but snow in Paris not to see either for the New Year or for the winter in general. But get under small prolonged under-rain – completely.

How is Christmas celebrated in France?

Christmas in France, as in all of Europe, is an important holiday, family and very beautiful. Required attributes: cozy Christmas markets, ice rinks in the city center, the main tree at the cathedral, family gatherings on Christmas Eve with traditional treats (turkey / duck, truffles, oysters).

As for the holiday in Paris for the New Year 2020 – here is a completely different story. It is more a holiday for visitors, immigrants and young people.

Where to celebrate New Year 2020 in Paris?

Of course, you can celebrate New Year in Paris everywhere: it would be suitable mood and company. Catch a list of the most popular locations:

Don’t forget that all programs and presentations are better. book in advance (from October), on official sites institutions / companies.

If you are looking for where to have fun on New Year’s Eve in France, you direct road to paris clubs. The best parties will be here. (prices for tickets are December 31):

It’s cool to come dance after midnight, but there are New Year’s programs, for example, in Le Duplex – with dinner in a restaurant and a further margin on the dance floor (from € 160). Cocktail prices in For clubs: € 10-20.

Paris under the permit has a place to be. Prices and offers are possible. Monitor on several resources:

Tours are always easier, but cheaper in European capitals travel alone. Then you have more choice and have opportunities for savings (rent a house away from the main streets, cook in the apartment, buy cheap tickets with a transfer).

Below we calculated how much a trip to Paris for two people costs winter holidays:

All tours to Paris for the New Year 2020 of the plate mean departure after December 25 and from Moscow. On catholic christmas Rates are about the same. Consider that some 4 star hotels more expensive, but in fact not very different from their 3-star brothers. Here are required to read reviews of tourists.

And remember about early booking – 3-5 months before the date! – and other 9 rules for buying a tour.

The fact is clear: air tickets for the New Year are more expensive. Keep up track more or less adequate on aggregators:

Now the alignment of prices per person is as follows:

The good news: housing prices in Paris for the New Year is not give in to an uptrend (after all, the main holiday – Christmas). The bad: in this city everything is expensive and always.

For one night in the most simple hotel in the city center will have lay out from € 90 for two. Slightly cheaper will cost rooms in distant districts – from € 50 (but lay on the transport). Apartments it is more profitable to rent a decent studio in a non-tourist area will cost € 65, in the center – from € 90.

Accommodation in Paris for the New Year can be found at:

Prices for holidays in Paris in winter

The cost of rest for two when self-booking airfare and housing may vary with the cost of the New Year’s tour both up and down. But the price of food in Paris the same for everyone:

Walking around Paris it is important to be able to get lost and roll up on such streets?

New Year in a hotel in Paris is usually met by those guests who came by tour. Pre-offer banquet with program (usually the price includes unlimited alcohol, buffet, several main courses). New Year’s Hotel is not surprising interesting the show is just dancing, DJ, beautiful illuminations. Surcharge for such a holiday – around € 300.

Good reviews of thematic programs in Le Bristol. Them there three: varying degrees of sophistication (from € 280 for a tea party cabin up to € 850 for a ballroom with performances, and it’s still without drinks).

Most often, visitors start celebrating New Year in France in the restaurant, subsequently moving to the streets – a scenario similar to Russian

Festive dinners are praised in places:

What to see in Paris?

The main attractions in Paris:

If you have an intensive museum program (after all, not the Louvre as a single), buy a Paris Pass for € 131, and you will be guaranteed a free visiting over 60 iconic sights, museums and tours Paris for 2 days. Super plus – pass without queues.

Where to go for the New Year’s atmosphere? Here are some clean winter holiday ideas:

After the New Year’s party in Paris, it’s time to do shopping

Please note that on January 1, running through boutiques is not it will work out – almost everything in the capital is closed. Yes, and get on New Year’s discounts are possible only after the holidays: a full winter sale starts from January 10th.

Top places for shopaholics in Paris:

TAX FREE option: if you buy in one store goods worth from € 175 (one check), you can return at customs 12% of the cost purchases.

Holidays in Paris with children 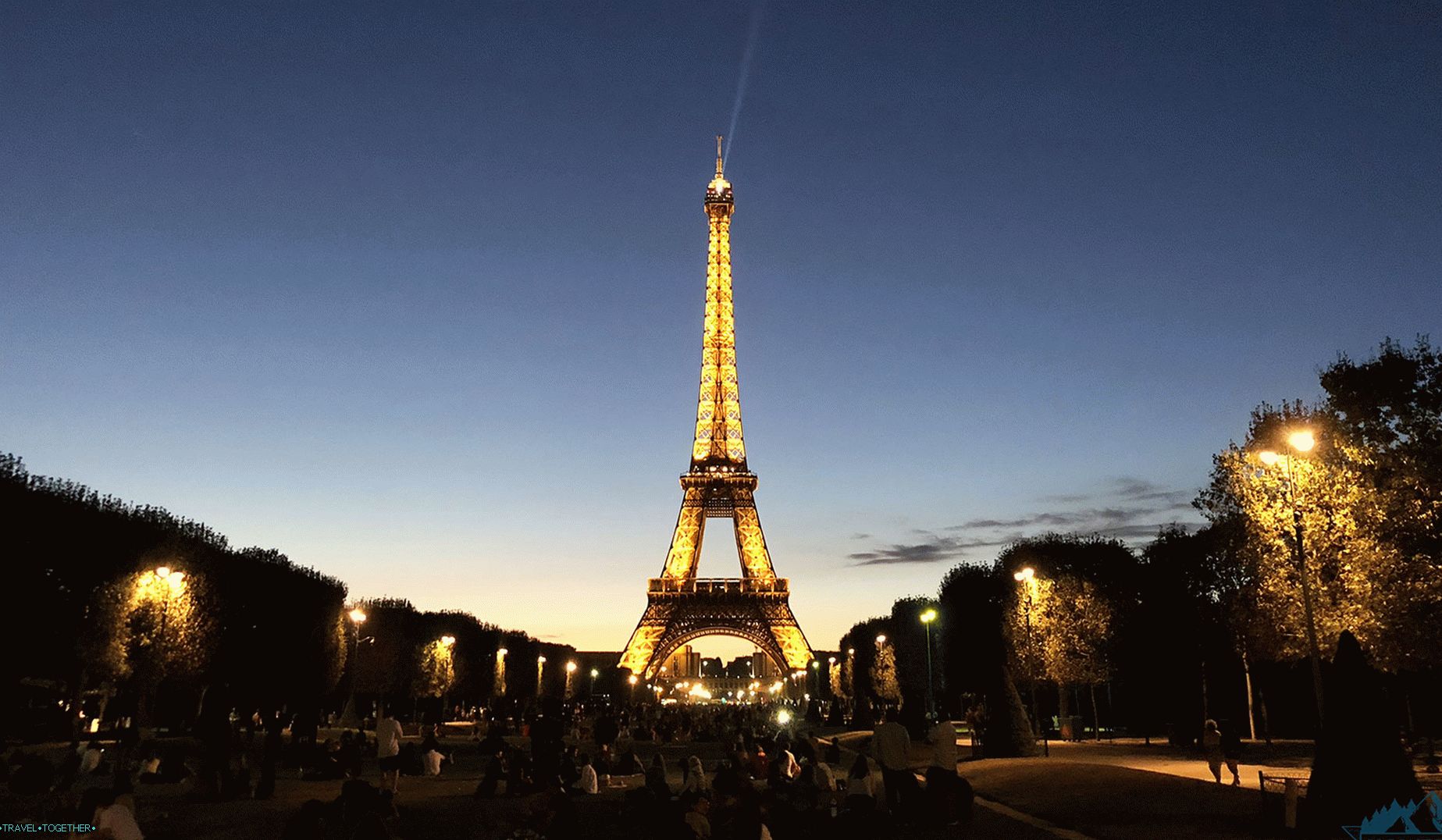 Young children in Paris itself will not be so interesting. Although plus New Year’s holidays – in the presence of colorful fairs with carousel / amusement rinks. If the child is older, then You can safely take a sightseeing tour, for example, hop-on hop-off bus for € 34 per day, and attach to museums.

But all this goes by the wayside, because in Paris – a dream many children (and adults) – Disneyland!

A few tips if you decide on Disneyland on holidays (we do not take into account the evening of December 31):

Booking is easy: go to the official website, choose tickets By the way, there are two parks: Disneyland Park and Walt Disney Studios. December 31 According to the usual tickets, they work until 18:30, and the cost for a visit to both – from € 111, for one – from € 89.

A different alignment, if you celebrate New Year’s Eve in the park (from 20:00 until 1:00). In addition to the usual entertainment, open and after midnight, there will be a parade with Disney characters, the coolest fireworks in the New Year and dancing to sets from the Incredibles. Prices: from € 111 per the above with a person; from € 225 if you book and dinner.