Tired of running eyes on reviews about Aneks tour, it is worth / not worth taking vouchers for this tour operator? We simplified the task, collected and analyzed the reasons most raised in 2018-2019 on the forums praise him or scold him. Plus, they themselves flew with Anex to the Emirates, oh than tell in detail.

It is important to understand that negative reviews in bulk about any tour operator! Therefore, first of all, you should pay attention on adequate.

Where to look for tours to all tour operators?

Anex Tour – national tour operator: in the sense that it sets one of the lowest prices on the travel market. But still can be cheaper. Who in general is hard to say, but on concrete ones the dates you need are possible. Just search by all tour operators at once, with this great help:

They smartly compare the cost of tours for 120+ tour operators and show the minimum possible under your requirements. That’s why last-minute tours, and earlier booking – everything is profitable to catch on online search engines. Read about 10 ways to find cheap tours.

Our trip – Anex tour meets at the airport Dubai

Let’s start with the hottest offers from Anex Tour, and then switch to reviews:

We ourselves went to rest Anex in 2015 in Spain. Didn’t know about absolutely nothing, but a tasty check … made us shovel more than two hundred reviews. Among them there were different – yes, but, for the most part, highly subjective. In addition, Anex recognized as one of the largest tour operators in Russia and included in top 10 – and that says something.

Sure to! Especially for those who are chasing stocks and economy options. To prevent a vacation, we recommend in advance study the hotel and resort reviews. Cheap does not mean quality. And this applies to most tour operators when it comes to savings.

In the “menu” Anex tour for 2019 more than 30 countries. Buy tours can be both online and in the office of the travel agency. Operator slogan – “Sea of the sun all year round!” It would be worth adding – … and inexpensive – Vouchers from Anexa – one of the most budget. In particular, thanks to own airline – Azur Air.

Almost every year the company adds to its list directions. And more recently, it has entered the domestic market, where visa and red tape with the documents do not need: rest in Krasnodar Krai and Sochi, package offers to the Dalnik East. 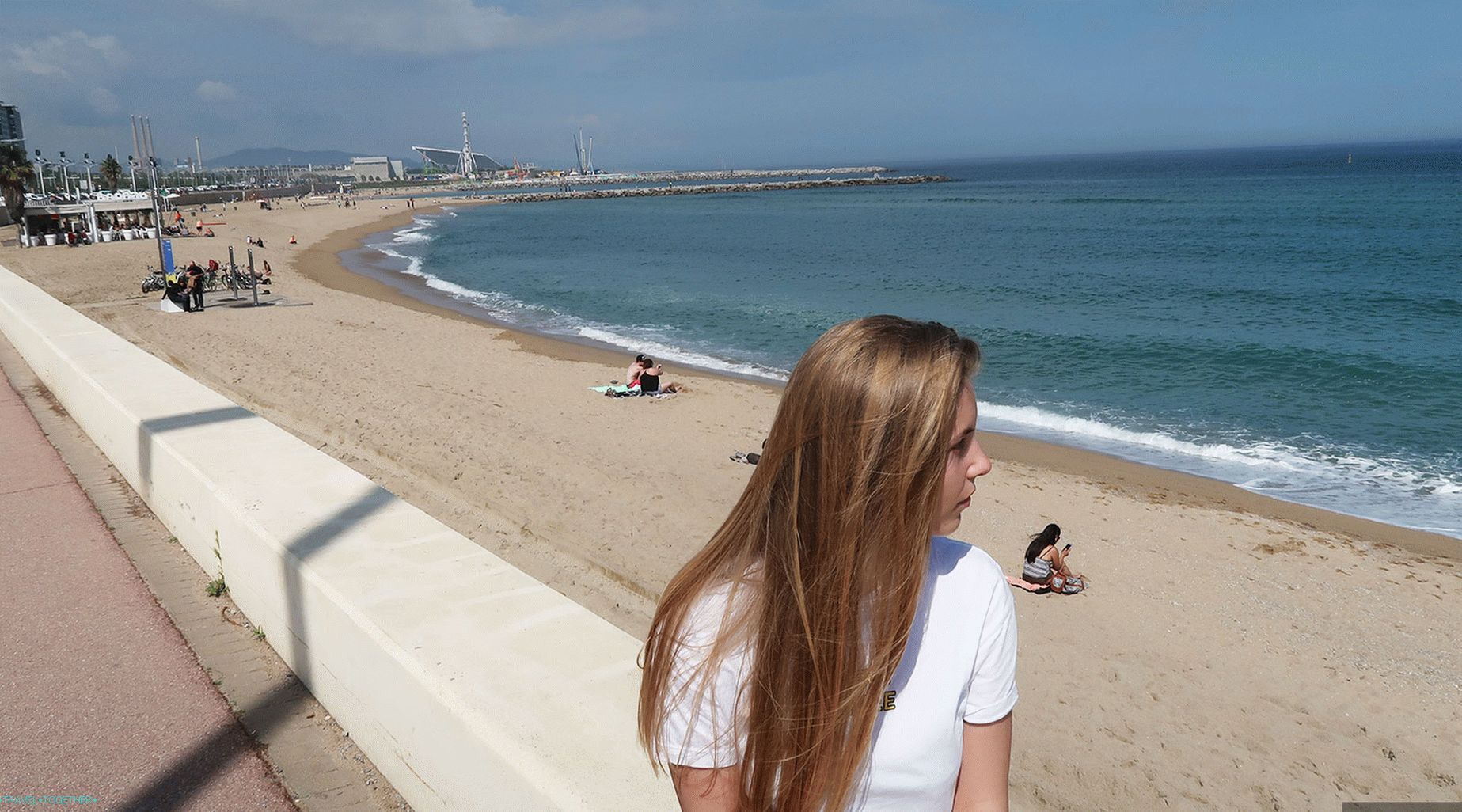 Walking around the beaches of Barcelona

Positive reviews of tourists about “Anex tour” in 2019

You understand that all feedback on a tour operator is taken as Cannot a coin be? It will not be difficult to stitch customized and throw it on the site, just to peck. Best to wool forums or (steeper a hundredfold!) ask around friends, who flew.

Judging by the responses, Anex Tour is not very fond. But if you sweep away remarks like “the guide was boring guided tour” and “transfer to man 15, skated for a long time “, everything looks not so scary. Yes, and such reviews can be found at any tour operator.

So, catch the second our review of opinions on the tour operator (the first was about Biblio Globus, and the next one is about Sanmar). By the way how do you like the idea make it a tradition?

“Anex changed the flight program and canceled the number of my departure charter … offered to return the cost for one day (departure for the day later), we asked to pay extra and fly two days earlier. Changed … without any fines (as some scared tourists) “.

If you score in the search engine “Aneks tour” reviews will pour virtual river, including negative. Where without it. But What are the complaints in the first place?

Delaying departure time for Anex is the norm … Especially, according to early booking. From January on the application to Spain has already been 11 changes. Just do not tell tourists. Let sleep peacefully. And then until June there will be another 10 changes.

Since Azur was scolded a lot, we decided to study the question (and later also flew, that came out of it – read below). And so what found out. Indeed, the airline has abused irregular flights due to lack of aircraft and other troubles. For which in January 2018 Rosaviatsiya temporarily limited the Russian and international flights of this company (now all restrictions removed). Hopefully this will benefit. ?

1 day trip to Barcelona with Anex

No, other options offered, naturally. But the mood is no longer the cheapest five is just an alternative to the Limak hotel.

We took a tour of Onlinetours a couple of weeks before departure (December 2018) and fairly cheap: 33,000 rubles for two to a 3 * Centro hotel Sharjah from Kazan. Our friends were a bit slow and they got 39 thousand, which is also inexpensive for 5 days of rest in the UAE (Sharjah). Already on the place were people who found an offer for 44 thousand by 11 nights! Very cool ?

Flight: Azur Air – in general, the most normal charter. Old aircraft, tasteless food – the usual phenomenon. But at times cheaper (voucher) and more convenient (there are direct departures from regions). We arrived in Dubai without delay, but back…

Transfer: to the hotel and to the airport all it was great + we were lucky to be delivered first, and on the contrary the paths were taken last.

The hotel itself: breakfast, rooms – without complaints, also added convenience are free transfers to the beach of Sharjah and Dubai Mall. And a heated pool on street, of course? We did not go down to the meeting with the guide, although “lured” by the lack of information boards in hotels and other means of communication with a representative on the issue of the return flight. Guide left anyway for us an envelope under the door with a contact phone.

By the end of the rest happened unforeseen. We arrived at the airport, passed registration, control, announced landing, boarded the bus and … we were dropped off and the flight was canceled due to technical reasons (breakdown aircraft). Were supposed to fly out on December 26 at 4 pm, and took off 27th at 8 am!

BUT! We must pay tribute to Anex Tour. After 4 hours we had dinner “Five Star” Ghaya Grand Hotel, where he spent the night. Had to true, to sit at the airport in complete obscurity about 3 hours In such cases, business rooms are very much saved (and how get there?) As a result – plus 1 day in Dubai at the hotel 5 stars. Well still fed food is not Azur Air, and cooked in the UAE. Also a plus.

In general, we have Telegram @howtrip channel – where you can read all that is not published on the site. For example, the route for Dubai for one day or how to eat in a cafe for 180 dirhams, and pay 90! Subscribe? >> ?

What should I look for when choosing a tour operator?

So that before the very departure, or even in the midst of rest, not to know that company or agency bankrupt (this is the most trabl!), better preliminarily examine its background: the number of directions that are represents the host travel company, an agreement with air carriers and financial security insurance.

Long and dreary? In one of our articles we have compiled a rating. reliable travel-operators of Moscow. You just have to go to link. ?