Tilos is the nearest neighbor of Rhodes. This rocky island is home to just a few hundred residents. But it is calm the atmosphere makes Tylos a great alternative to all crowded directions. Although the island is not as rich in sights, there is always where to go and what to do. 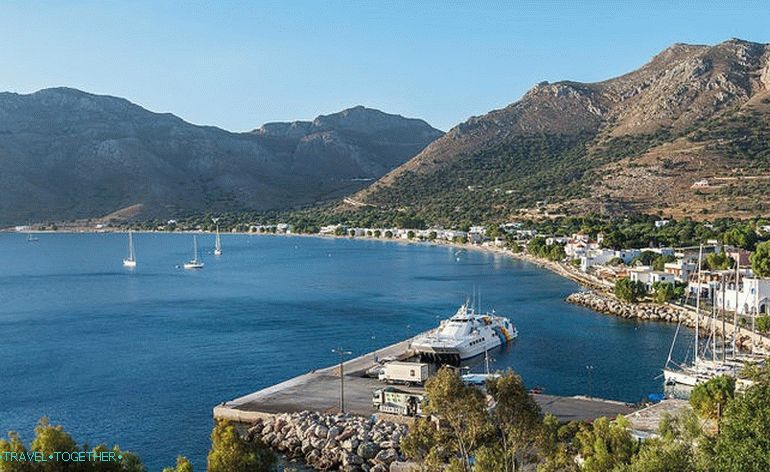 Tiny Tilos has a rich past. Most ancient landmark – cave Kharkadio, which was discovered only in 1971. Further excavations allowed to find artifacts of the era Neolithic: stone hunting tools and pieces of ceramics. But more impressive is the fact that the fossils are preserved in Harkadio animals, including turtles, deer and dwarf elephants. On Based on the results of the excavations, it was determined that in ancient times Tylos broke away from Asia Minor. In the capital of the island, Megalo Horio, The Paleontological Museum operates. It contains the found skeletons and ceramics.

In Megalo Horio there is another museum – the Archaeological. Its worth visit to inspect fragments of ancient ships, small statues, ancient inscriptions and sculptures of classical and Hellenistic eras.

Another important monument is located to the north of Megalo Horio. Tilos – medieval castle. Built on a hill at the end of the Byzantine period, it offers magnificent views of the bay Ayios Antonios. Tourists often climb here to observe sunset Already in the post-Byzantine period in the castle complex built the chapel of the Archangel Michael. It preserved medieval frescoes. Interestingly, the population of Megalo Horio lived in the borders of the fortress until the XVIII century, and only then local began to descend to the coast.

You can visit Micro Horio. More than 70 years, it is empty, because local gradually moved to Livadia. Today, tourists are traveling here to see the stone houses and the only church to take a walk through the old alleys and feel the mysterious atmosphere.

The beaches on Tylos are mostly quiet and unorganized. therefore the local coast is a paradise for those who want to relax without crowds of tourists. Plaka Beach, even in the midst of summer, remains a serene corner of Tylos. The seabed is rocky, but plenty of greenery around the beach compensates for this small minus.

The longest beach on Tylos is Agios Antonios. Coast covered with pebbles and sand, and the sea is immaculately clean. Plus This beach is close to the village of the same name. No less Eristos is known, although with all the popularity the atmosphere here lonely

The only organized beach of the island is Livadia. is he located close to the main port of Tilos. Livadia extends 2 km and, unlike all previous beaches, equipped lounge chairs. This is a popular resort area of ​​Tilos with many hotels and coastal taverns. Other entertainment on Tilos

They don’t go to Tilos for rampant parties – for this Rhodes will fit. But after the beach and sightseeing there is something to take time. For example, at sunset visit tavern, try ouzo and listen to island music. In Megalo Horio and Livadia have great bars where they play blues and rock, but more respected traditional motifs. The only club of Tilos is located, oddly enough, in the abandoned village of Micro Horio. it gives life to a forgotten settlement and creates an atmosphere of romance.

In late July, you can join the pilgrims who flock to the Panteleimon monastery on the west coast. In it time arrange a three-day festival with traditional dances, wide feasts and entertainment.

Do not forget about the possibilities of Tylos for outdoor activities. The island has long attracted lovers of hiking. Tylos meets protected corners, cliffs and green valleys – ideal conditions for unity with nature. The island is riddled with a network of trails, which local farmers usually use to reach their land The best route is from Livadia through Potami gorge to isolated bay Lefra. No matter how modest the glory of Tilos seemed in the shadow of a large neighbor – Rhodes, the island has great prospects. And see him bye another wild charm is now. A few local will do everything to be remembered by tourists for their hospitality.