One of the main attractions of. Crete is an amazing creation of nature – the Lassithi Plateau. It is located in eastern part of the island, 25 km from the city of Malia. 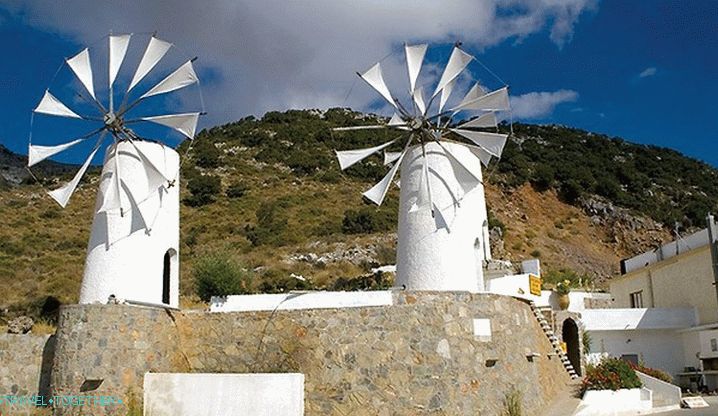 Красоту этой живописной области невозможно передатьin words – it seems that her landscapes have hardly changed from since the beginning of the Earth. People in local patriarchal villages live almost the same as their ancestors, are mainly engaged livestock and agriculture. Vegetables and fruits grown in this fertile area considered to be among the best in Greece.

In the vast territory of Lassithi, many villages with old mills. In some places their canvas blades are still spinning, but a large part already dismantled. In the past, the local edges decorated thousands snow-white mills, which became the hallmark of the plateau Lassithi The wind in some areas of the plateau is strong enough therefore, since the XV century. windmills were used by Cretans for water supply. Apparently, the flour in the Lassithi mills is practically not milled, although on some you can still see special circles. Still, their main function was irrigation. By some According to the data, up to 10 thousand mills worked on the plateau (just imagine imagine how beautiful snow-white blades looked against sunlit valleys and hills!). 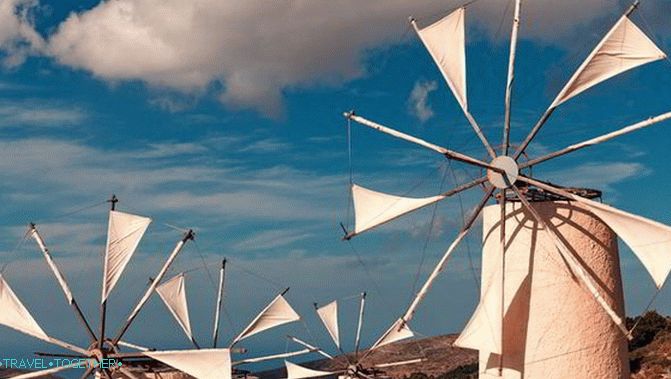 But progress does not stand still – now water is supplied to the fields with using special pumps, so most mills perform only a function of decorating and attracting tourists. Their romantic the outlines complement the landscapes, and to many of the guests of Crete they even remind ships sailing on the “waves” of the plateau.

However, tourists are attracted to Lassithi not only mills. Many come on about. Crete to see with your own eyes the place of birth ancient greek supreme god zeus. According to legend, he was born in the stalactite cave of Dikti Mountain (not far from modern settlement Psychro). Dikti’s height is 1025 m, leading to it mountain path. Tourists who experience difficulties even with small ascents, you can rent a donkey and significantly make your way easier.

In the “Cave of Zeus”, as it is often called, the eyes of visitors bizarre outlines of stalactites and stalagmites open up, that have been shaped by nature for thousands of years. They remind many the faces of the formidable ancient gods and even the God of Thunder Zeus himself. AT The cave also has a small underground lake and a place where antiquity was the altar and tables for sacrifices. 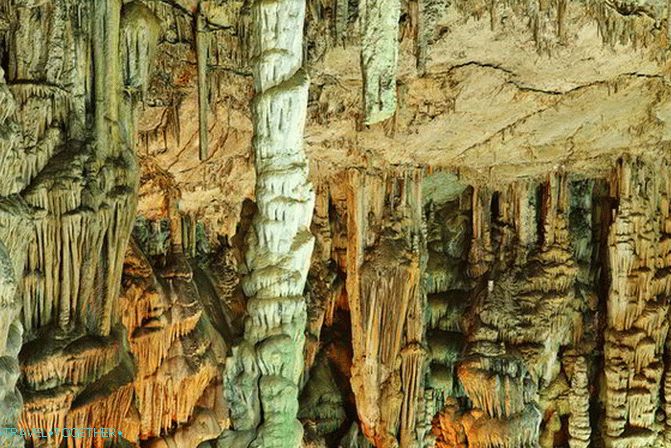 Guests of Greece, especially Crete, should definitely visit Plateau Lasithi – its clean air, the famous air mills, unique landscapes and sacred history remain for a long time in the heart and memory! It is best to come here in summer or autumn – in the cold season on the tops is quite low temperature, and snow in the mountains until spring.