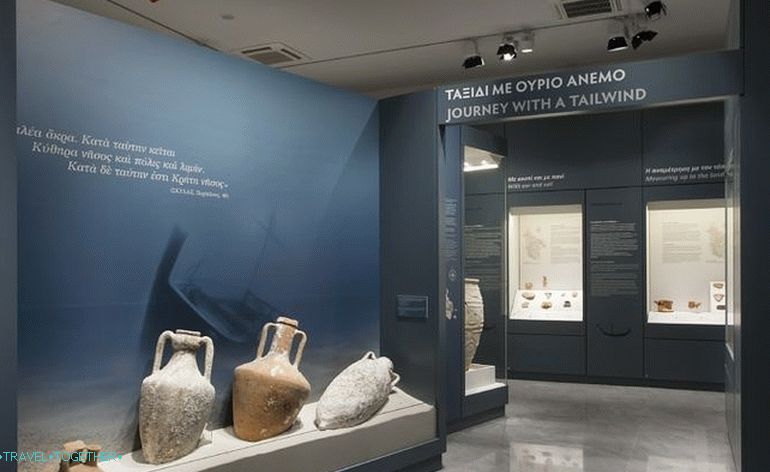 Девять лет — столько времени понадобилосьThe archaeological museum of Kifira Island to open after restoration. The building in which it was located was built as a house in 1911. In 1975 the building was transferred as a gift to the government, and at the end of 2006 – closed due to the consequences destructive earthquake.

The opening ceremony of the fully renovated museum will be held May 7th. It will be attended by the Minister of Culture Aristidis Baltas. Located in Chora, the museum houses the most important finds from excavation areas of both the Kifira itself and neighboring islands (including Antikifira). The oldest exhibits date back to the 5th century BC. AT the collections of the museum are artifacts of the Minoan era and the Mycenaean period, ceramics and stone utensils, marble sculptures, coins, and marble head of a young man of the Roman period. Later period The history of the development of Kifira is represented by the Venetian grave plates and statues of the Renaissance.

The museum used the renovation as a convenient opportunity to attracting modern technology. The exhibition will be presented electronic presentations on the island’s distinctive culture. This format mainly focused on young people, but will be interesting to visitors any ages.