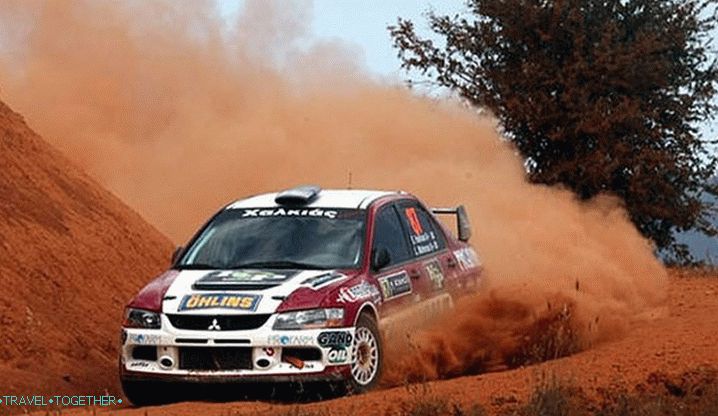 Very difficult economic situation in the Greek economy led to a large reduction in the number of participants and the number of stages held in Greece. In addition, in next year in Greece will not be held and the World Championships in this motor racing discipline (WRC).

So, in the 2013 season, to reduce costs, the organizers national stages, it was decided to reduce the total number of races to five, and one of the stages should be held in double format, i.e. two races in one stage!

And so, on the last weekend of October in Crete Greece Championship Final Rally – Rally Kritis, the winner of which was the crew that spoke on car Mitsubishi Lancer Evo IX, Kirkos / Polizois. And in the end, by the results of all stages this crew became the champion of Greece in absolute standings.