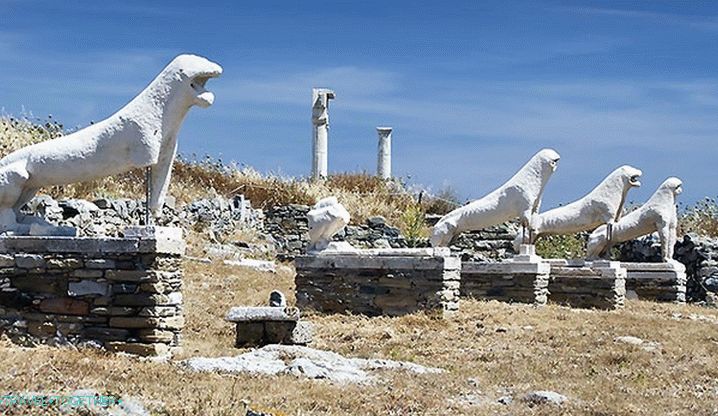 За Миконосом ошибочно закрепилось звание исключительно”party” direction and just beautiful pictures. But the image an island that never sleeps at all does not affect the relevance of Mykonos as an object of cultural interest. Here many museums and art galleries that can conquer lovers of history and art. Which ones are worth visiting sure to? 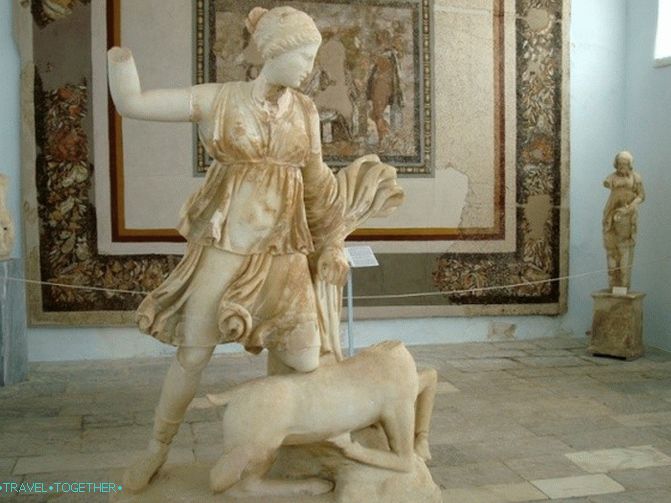 The exhibition of the Archaeological Museum of Mykonos presents a large number of vessels with drawings based on myths and historical events. And many of them were discovered by chance. Vase with the image Troy takes – the pride of the collection. Believed to be the oldest graphically captured image of the Trojan Horse. Other priceless finds – burial steles with engraving, sculptures from Parian marble, clay figurines of women in traditional dress, decorations and some exhibits from the island of Delos. 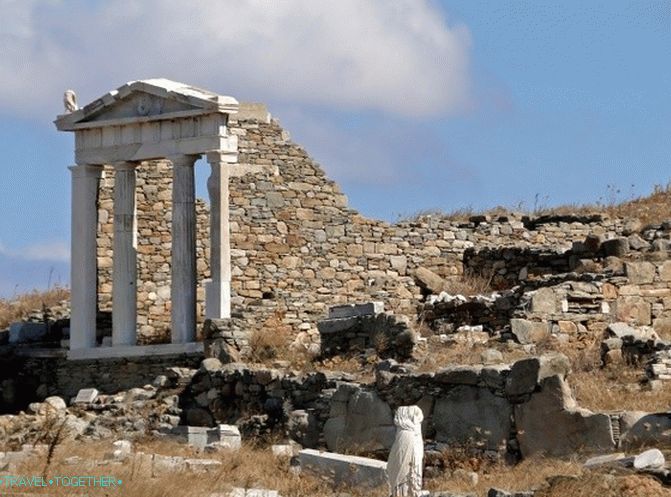 Delos is located very close to Mykonos, so if you want worth a trip to this island reserve. In 1904 it was approved the construction of the museum Delos, which after the opening of more for many years expanded and acquired new halls. How can understand from the title, the museum’s collection is entirely based on archaeological finds of the island of Delos. Now here you can see rare statues, a delightful collection of pottery, household items, commemorative plaques depicting war scenes. In addition to the rich collections of artifacts that are stored in the walls of the museum, Delos himself impresses with its treasures in the form of ancient temples, houses, sculptures. 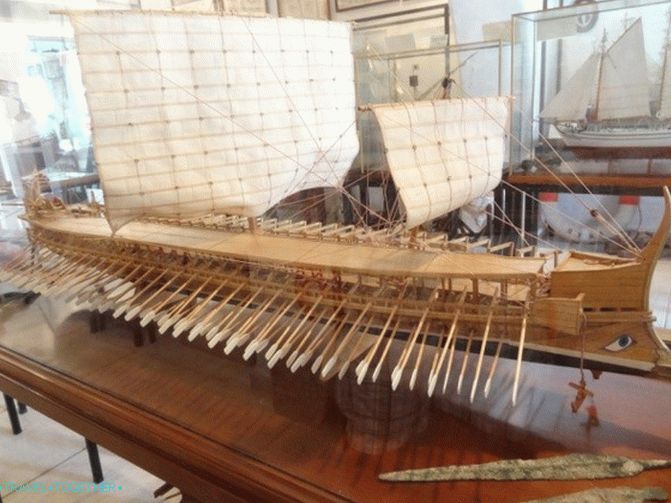 In the area of ​​Tria Pigadia in a typical 19th century Cycladic building The Maritime Museum is located. His goal is a detailed study of the Greek maritime tradition. Here are models of ships, ranging from Minoan era and ending with the XX century, historical documents, maps, rare prints, as well as ancient instruments. And in The library contains interesting photographs and manuscripts. By the way The Maritime Museum is actively working for the benefit of Greek history. With his it helps to restore the appearance of ancient lighthouses and sailboats, exhibitions are organized and conferences are held.

The idea of ​​modern mosaic art may not capture the minds of millions, but the gallery Mosaic Art is able to interest interesting combination of old mosaics of Mykonos with new artistic styles. In other words, the creators are actively trying to transfer traditions to the modern art scene. Here skilful copies of old finds and modern creations are kept authors. Such an innovative and unusual art form will attract Anyone who wants to explore Mykonos for non-tourist destinations. The gallery is hidden in the main city of the island, not far from the harbor.

Having seen enough of the impressive antique finds, for sure want to transfer the Greek motifs in your interior. In this case you need to go to the Art Gallery, where modern sculptors and painters not only present their works to the court visitors, but also make them with an eye on the possibility of selling. AT mostly items made of marble – exhibited in the gallery sculptures, tables, mosaics and even marble stones for decorating. You can simply admire the modern masterpieces, and you can take with you an impressive picture with antique motifs or marble bas-reliefs. 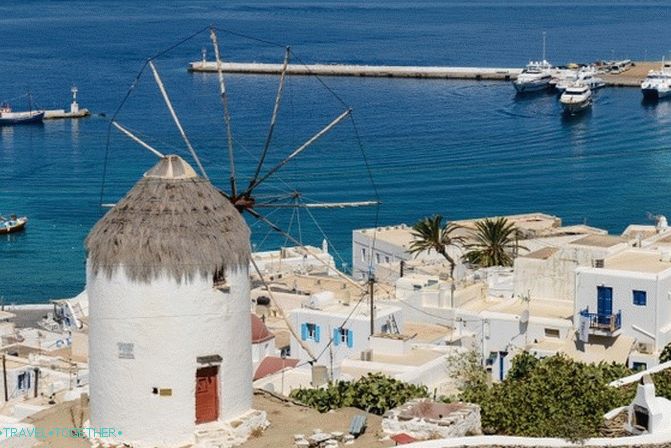 Learn more about how people in Mykonos lived and what they did In the old days it is possible with the help of the exposition of the folklore museum. AT collections – traditional furniture, post-Byzantine sculptures, musical instruments, Cycladic costumes, historical photos and paintings. You can also be on a renovated old kitchen or bedroom furnished in style XIX century. Next to the Folklore Museum there is another house in which collected tools of farmers and millers.