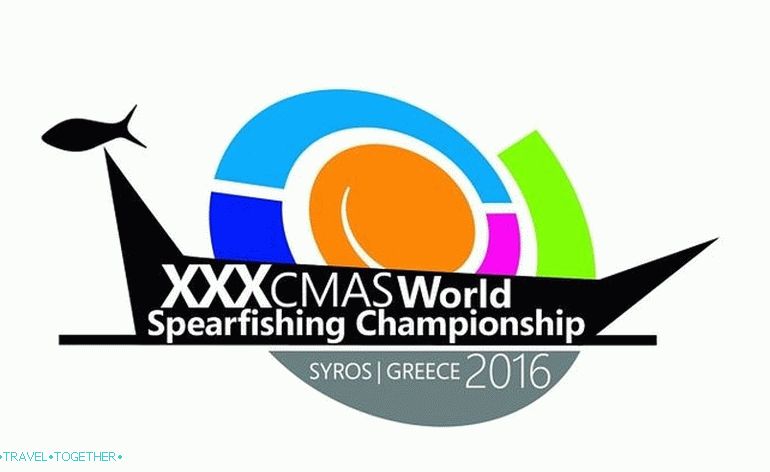 The organizers were the Greek Fishing Sports Federation, The Sea Club of Syros, the municipalities of Syros-Ermoupolis and South Aegean Region with the support of the World Confederation underwater activities.

The five-day sporting event promises to be quite ambitious. Dozens of athletes will represent 21 countries, and will be able to support them hundreds of fans. In 2016, teams from Greece, Russia, Croatia, Cyprus, USA, Mexico. Such a rush is easy to explain: the ancient method of spearfishing is currently competitive sport. Participants will have to fish without technical assistance to maintain breathing – only with using your own physical abilities. Championship was held in Peru, Spain, Italy, Malta. Greece participates in competitions for many years, and athletes from this country are often took prizes.

September 16 in the port of Ermoupolis held a parade, then activities will move to the city square. September 17 – the first competitive day. The start is at 8:30 from the Dolphin Bay Hotel.