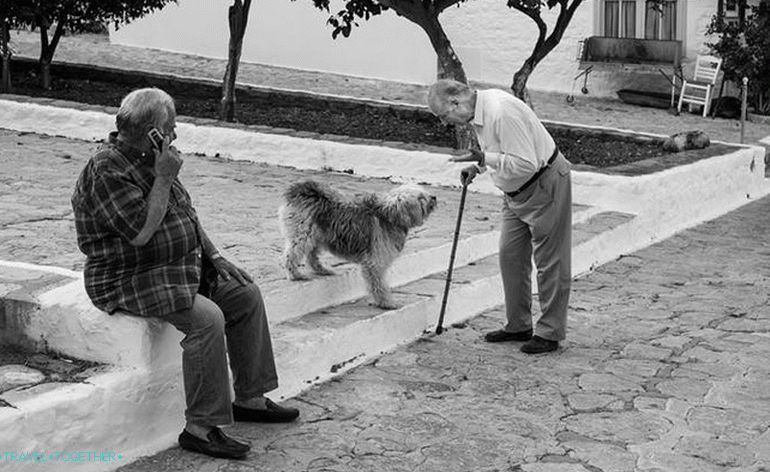 5 сентября в 20:30 на острове Идра открывается фотовыставкаHydra Opsis. It will present the work of the Greek photographer Thassos Venecanopoulos. The exhibition is held in the Historical the archives and the museum of Hydra until November 1st.

Creativity Venetsanopulos interesting unusual approach to beauty Idry He seeks to show this saronic island while focusing on his “theatricality” and his personal visual impressions. The philosophy of the photographer is based on the six elements of the tragedy. Aristotle: plot, character, thought, melody, stage setting and performance.

Thasos Venezanopulos looks at the life of Hydra not as a reality, but as if on a scene where events unfold. The island is shown as one of those places in Greece that remained unchanged and kept authenticity. On his camera photographer captured everyday scenes of life of Hydra (its cities and countryside) in black and white color.

Thassos Venezanopoulos is a book author and Athens photographer, whose successful career began in 1977. Long At the time, he worked in the Greek edition of National Geographic. Now His photographs from various parts of Greece and Istanbul are published in local travel magazines as well as presented in several museums of Athens.