Thai rice noodles Pad Tai For residents kingdom of siam is food everyday and ubiquitous used by Whatever province of the country you visit, you find it in the menu of any Thai cafe, as well as in the assortment street vendors edible, in the so-called makashnitsah. And at the latter it is especially popular for its ease of preparation and consistently high demand. Even foreigners prefer to eat it. tourists, since it is the least spicy Thai dish of all that is served in Thailand. Popularity compare, probably, with Russian mashed potatoes or buckwheat porridge. At the same time, there are much more options for its preparation. Today we will share with you the most simple recipe, providing step by step cooking instructions. Well, before this short tell about this Thai gastronomic phenomenon.

Pad Thai is the common name whole family of dishes based on rice dough. If you want her try at any point of the Thai catering, you must ask which species you prefer. In the street makashnitsah Traditionally served with chicken pad. Especially often this variant found in the northern continental provinces, less often variants with pork and even less often with beef are offered. 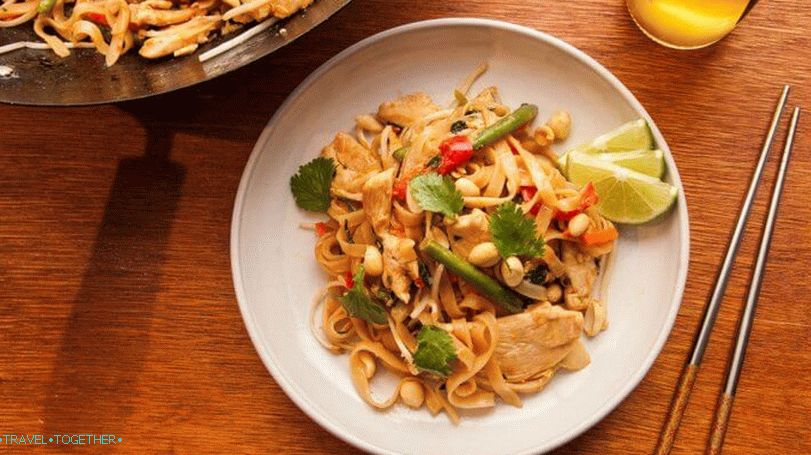 In the coastal areas of the country the favorite dish of Aborigines is Pad Tai with shrimp. 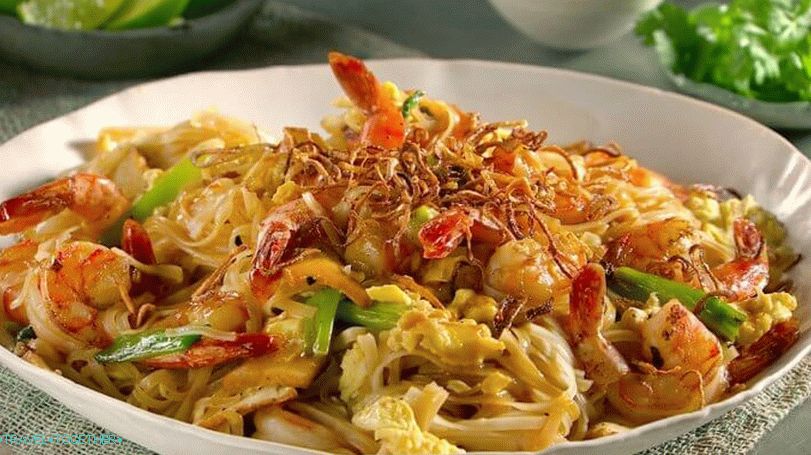 Any kind of rice noodle can be cooked countless. number of ways, and each of the chefs has Your own recipe for cooking Pad Thai Noodles with a full right may claim the uniqueness of its works. The composition of the dish Pad Taymnokomponentny, with This ingredients are basic and optional. To the first the noodles themselves and its fillers are meat, chicken or seafood. As well as an egg and a special sauce, having the same name and prepared from tamarind pods, which is also called Indian dates The second is like a cherry on the cake, they can be, for example, bean curd (tofu), vegetables, greens, lime.

How much is Pad Thai in Thailand

Dish Pad Thai – food commoners therefore, its value is available to all who reside on the blessed land of the kingdom of Siam. The cheapest offer you you will find in the street makashnitsah, there it stands in the region of 60 baht. In the cafe or in a restaurant the price can double up to 150 baht. This rule is true for tourist regions of the country. Somewhere in the deaf provinces, for example, in the northeastern lands of Isan, you will be served Pad Thai and 50 or even 40 baht. 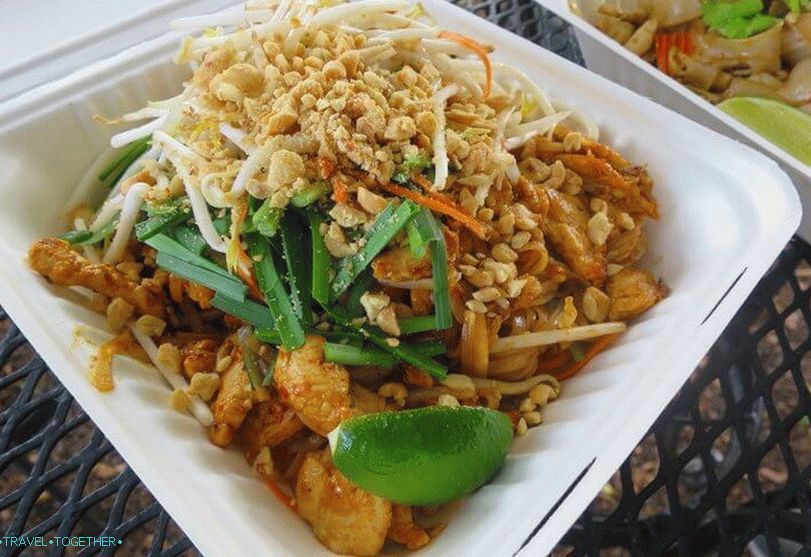 The second question you will be asked after choosing a dish is your preferred way of use. That is, you want whether you eat pad thai here and now or you wrap with you. For those who wish to eat at the cafe will bring noodles on a plate and complete the set fork or chopsticks. It is put in a container of foam, which plays the role of a thermos and allows you to bring the finished noodles, for example, to a hotel room in a state of complete readiness (warm or moderately hot). At the price of a place use is not affected.

Thai Noodle Pad Thai – it’s almost a drug in the sense that getting used to this simple but A delicious meal can be done in just a week off in Thailand, and then suffer because of his absence in the historic homeland. Since Thai restaurants are far from being in everyone the Russian city, the desire to try fragrant fried noodles still once becomes literally an obsession. Therefore, many returning from the exotic shores of Indochina are wondering about how to make a Pat Thai dish.

So, the promised recipe dishes Pad Tai with chicken. It’s pretty simple, and the whole process cooking will take no more than a quarter of an hour. For one portion you You will need the following ingredients:

Noodles are cooked in a wide pan with high walls. AT Thailand, it is called “Wok”. In place it fits the usual wide the pan, but cooking on it will not be very convenient. 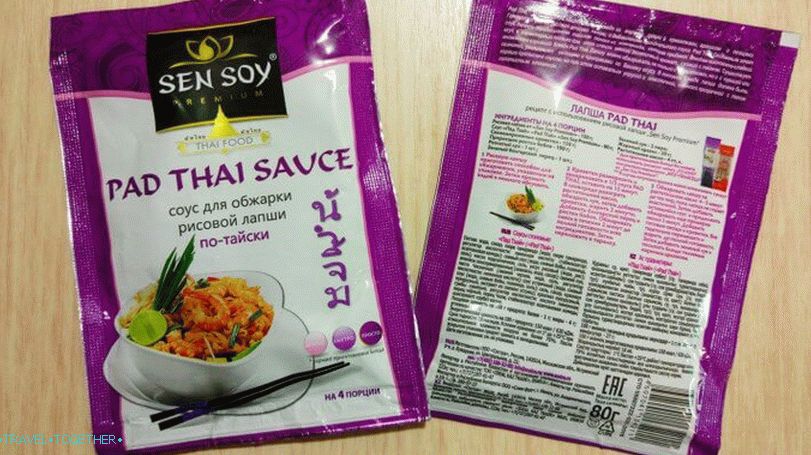 Sauce Pad Thai, which can be found in Russian supermarkets

Sauce Pad Thai is the only main an ingredient that is worth buying it in Thailand (or online stores with Thai goods), because cooking is a rare tamarind fruit that we have in the afternoon with fire is not found. You can also find it in our supermarkets in departments of Asian cuisine, but the taste of this sauce may differ from the original Thai. In extreme cases it can be replaced. Tkemali sauce, although authenticity will be compromised.

Portions of Pad Thai are laid out on plates and sprinkled crushed. peanuts. Put half a lemon on top and pour over lime juice taste. Recipe for cooking Thai noodles Pad Thai is democratic, so you can replace lemon with cucumber slices. This option can be found in Thailand. Europeans eat Thai noodles with a fork, but it is better to do it chopsticks.