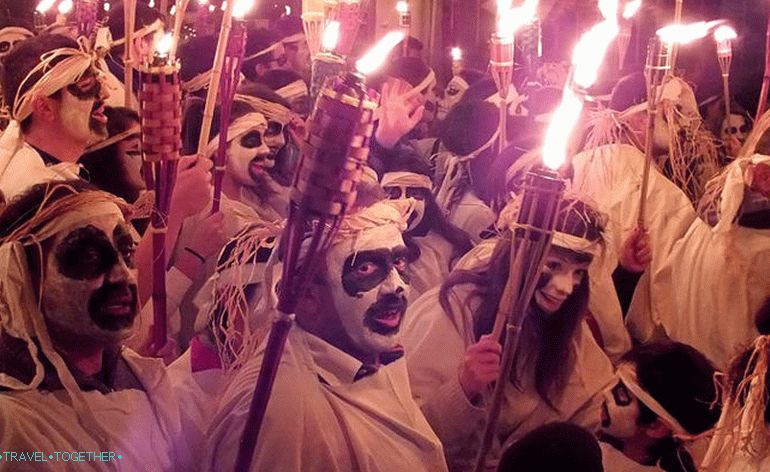 During all the carnival days in the Chorus a quest is held. “Escape from the cheese factory”, invented by the Union agricultural cooperatives of Naxos. The task of the participants – to steal the recipe of the local engraving, which the island is famous for, to solve puzzle and get out so as not to become a victim of “cheese mice”.

Theatrical performance will take place on March 11 at 21:00 “Abduction of Dionysus by Tyrrhenian Pirates”. it fascinating reconstruction of mythological events. Highlight Carnival will be a torchlight procession. March 12 at 21:00 hundreds participants in black and white suits will pass through the streets of the capital Naxos. The march will end with dancing and entertainment on main square in the port.

And on March 13, the Grand Parade will begin in the morning. Participants in thematic costumes will retell the myth of Dionysus, which fell in love with Ariadne on the island of Naxos. Also until March 14 carnival widely celebrated in all the major villages of the island, offering tasting traditional dishes and music programs.