In the heart of the Cycladic archipelago, between Paros, Syros, Tinos and Naxos, is famous for its bohemian life. Island of Greece – Mykonos. Retaining its natural beauty Mykonos is the heart of the fashionable life of the Mediterranean.

World stars prefer to rest on this Greek island. Sophia Loren, Mick Jagger, Madonna, Russell Crowe, Sophie Marceau – this is just a small list of “star” tourists. Air the island is filled with endless holiday, the beaches are filled with bright colors of fun, but the life of Mykonos does not fall asleep for a minute.

The first mentions of the island date back to the 11th century BC, when Mykonos was inhabited by the Ionians. It is in Mykonos, according to ancient Greek legend, there was a battle between Zeus and By the titans.

Mykonos’s business card is windmills known for since the XII-XIII century. In past centuries, they really processed grain, and their number on the Cycladic islands exceeded 600. But only 20 mills have reached our time, and now they are not used for its intended purpose: some of them are museums, and the other is hotels, bars and souvenir shops.

An interesting place in Mykonos can be found in the west of the city. and it is called “Little Venice”. The fact is that houses are so close to the water that you can dive from the windows directly into the sea. If you are an amateur photographer, this place is a must for visits 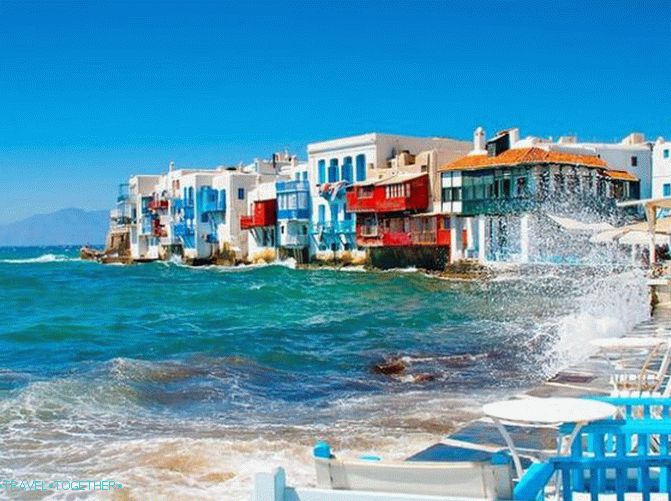 If you decide to create a cultural program, you should pay attention to the Church of the Virgin Parapotiani – The unique creation of Cycladic architecture, which was created several centuries.

You are interested in the history of ancient Greece and know where you were born Apollo and Artemis? Then you need to purchase an excursion to the island of Delos, on which the ancient history of Greece is still alive. A huge number of ancient sights make Delos unique open-air museum.

They go to Mykonos not only to “come off in full” in numerous nightclubs, but also in order to get bronze mediterranean tan and dip in the waters of the aegean seas. Although to combine “come off in full” and “get a tan” on Mykonos is quite real.

You can choose any suitable for you beaches: 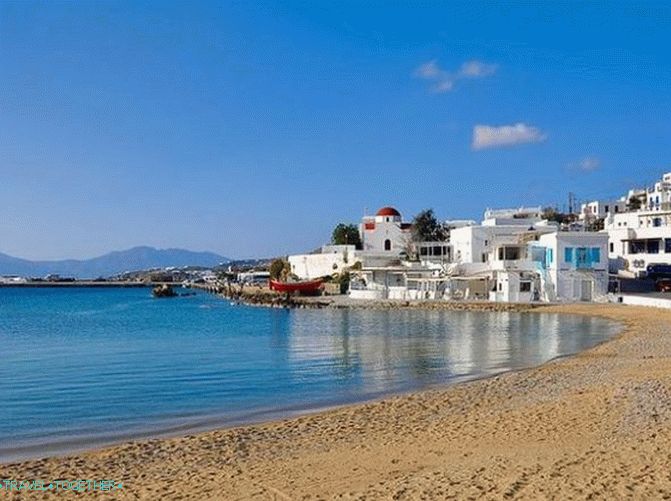 Since Mykonos is very popular with tourists from all over planets, of course, that the island has a well-developed hotel infrastructure. But prices in hotels in Mykonos are several higher than the average in Greece. However, such a pricing policy characteristic of all that concerns the rest on the island.

If you are going to spend your vacation in Mykonos, you need take into account one condition: the island has a very modest size, and the number of people who want to rest is very great, so you should take care of your stay in advance. So, in advance of contacting your tour operator, you successfully book a hotel that will completely satisfy your needs.