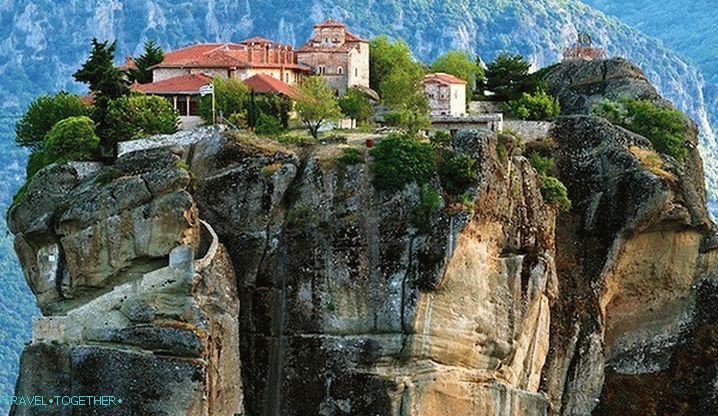 Говорят, что перед строительством монастыря нужно было в течение20 years to raise stones to the top of the cliff. As it really was – riddle!

The sights of Greece are known to the whole world not only its history going back thousands of years, but also the natural beauty, such as precisely include Monasteries Meteora.

Meteora is a very large complex of monasteries. Meteora monasteries are unique, primarily due to the fact that located on the tops of remote rocks. Rock height reaches 600 meters above sea level. First monks here appeared around the tenth century. 1988 was a landmark year in history. monasteries Meteora (Greece), Meteor was included in the list UNESCO World Heritage Sites.

The complex of monasteries is located in the mountains of Thessaly in the northern part Greece, near the Greek city of Kalambaka. In complex includes six existing monasteries: Transfiguration Monastery (Great Meteor), Monasteries of Varlaam, the Holy Trinity, St. Barbara (Rusanu), St. Stephen, St. Nicholas Anapavsas. Rocks on which monasteries are located Meteora (Greece) are considered rare geological occurrence due to wind, water and difference temperatures formed massive, like hanging in the air stone pillars. Hence the name – “floating in the air” (Meteors). 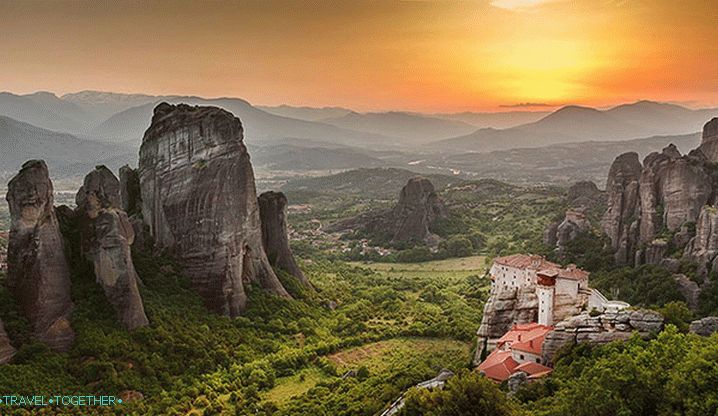 Hermits liking those impregnable, stony, cut off from the rest of the world the tops of the rocks that provided complete security from invasions of every kind of robbers and robbers. Gradually, individual hermits developed into organized monastic community, which grew and strengthened for an account of alms archons and other rulers. In the caves and rocky grooves organized special “prayer places” for making prayers and studying sacred texts.

Excursions to the monasteries of Meteora in Greece

An organized tour usually begins early in the morning. Such the schedule is determined by the distance of the object on the one hand, and The second reason is to catch the heat before noon. In time of the tour tourists are given the opportunity not only admire the stunning scenery, but also visit two monasteries as both pilgrims and sightseers, – a guide accompanying the group will provide complete information. regarding the history of objects, will tell the customs and acquaint with rules of attendance. 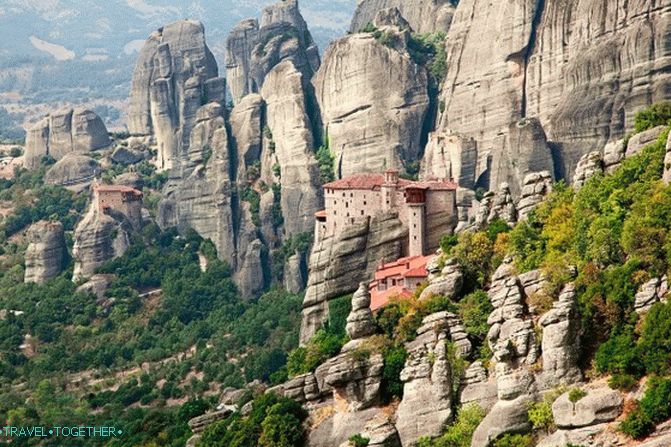 Do not forget that all monasteries are active, so you need take care of your appearance in advance: men in shorts above knees, and women in trousers or short skirts will enter is prohibited.