The main symbol of Kalamata is the fortress. It is located on dominates the city and the history of the building goes back to Byzantine period. But later the changes were made by the Franks and the venetians. The latter set their traditional entrance above the symbol is a bas-relief of a lion. The fortress was of strategic importance. XIX century, and then was seriously damaged during the invasion Turkish troops. Now tourists coming to Kalamata, the first go to the hill. A panorama from here. historical city center. In the summer festivals are held in the fortress. and performances. 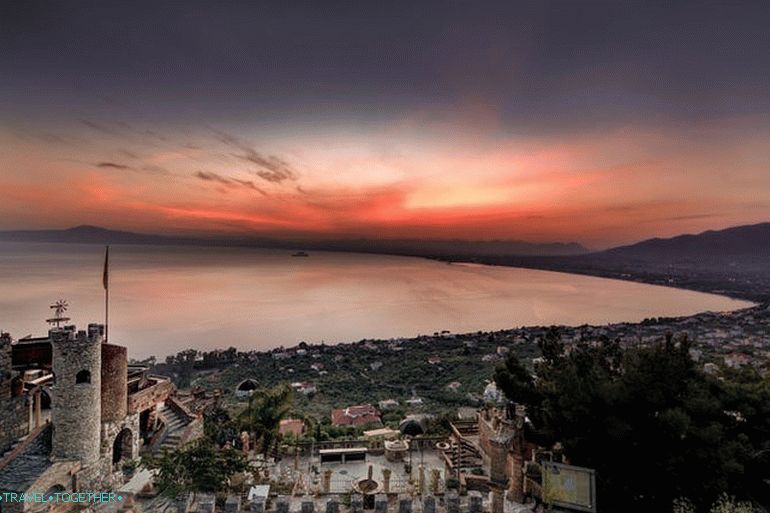 The Church of the Holy Apostles is another decoration of the city. It consists of two temples, built with a difference of 6 centuries. First appeared in XI century, the second relates to the era of Venetian rule (XVII at.). Despite serious damage during earthquakes, The church keeps unique Byzantine frescoes. Generally in Kalamata a lot of different cathedrals and churches – both historical and completely new. 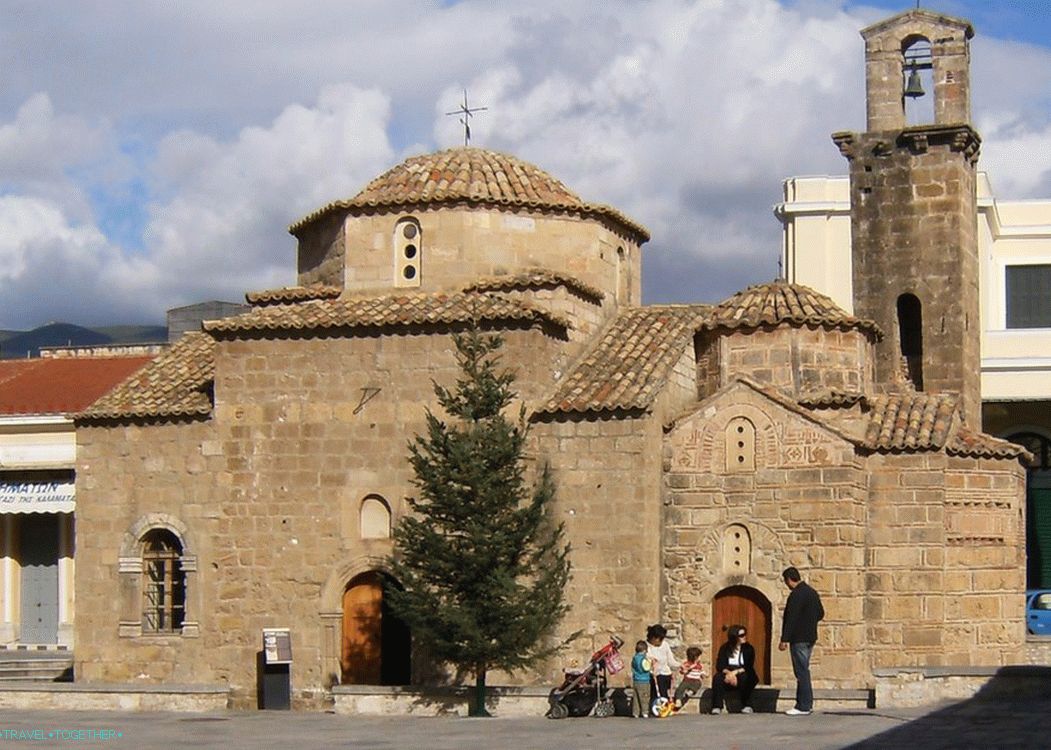 Of interest is the Folklore Museum of Kalamata. It is located in Kyriaku mansion and is divided into thematic halls. On the first floor everything related to rural life, traditional crafts and ceramics, as well as the life of the local population. Second floor dedicated to the press – after joining Greece in Kalamata opened the country’s first printing house.

In the center of Kalamata there is a unique park for Greece, dedicated to rail transport. Here you can see vintage locomotives and at the same time to walk. The park is popular among townspeople as a place to rest.

The main museum for connoisseurs of Greek culture is Archaeological Museum of the region of Messinia. Most artifacts are from the palace of Nestor and the excavations of ancient Messenia. Collected here a collection of ancient sculptures, ceramics, Byzantine frescoes, decorations.

What to do in Kalamata

Kalamata will be a godsend not only for excursion lovers tourism, but also for active travelers. Along the coast you can find a few yacht clubs. There will be both professionals and newbies Yacht routes lead to the bay of Costa Navarino and the city Pylos Those who prefer walking overland should pay attention to scenic hiking trails. Near Kalamata There are many fascinating trails. On the way there are leftovers medieval castles, Byzantine churches, gorges and, of course, lush olive groves. 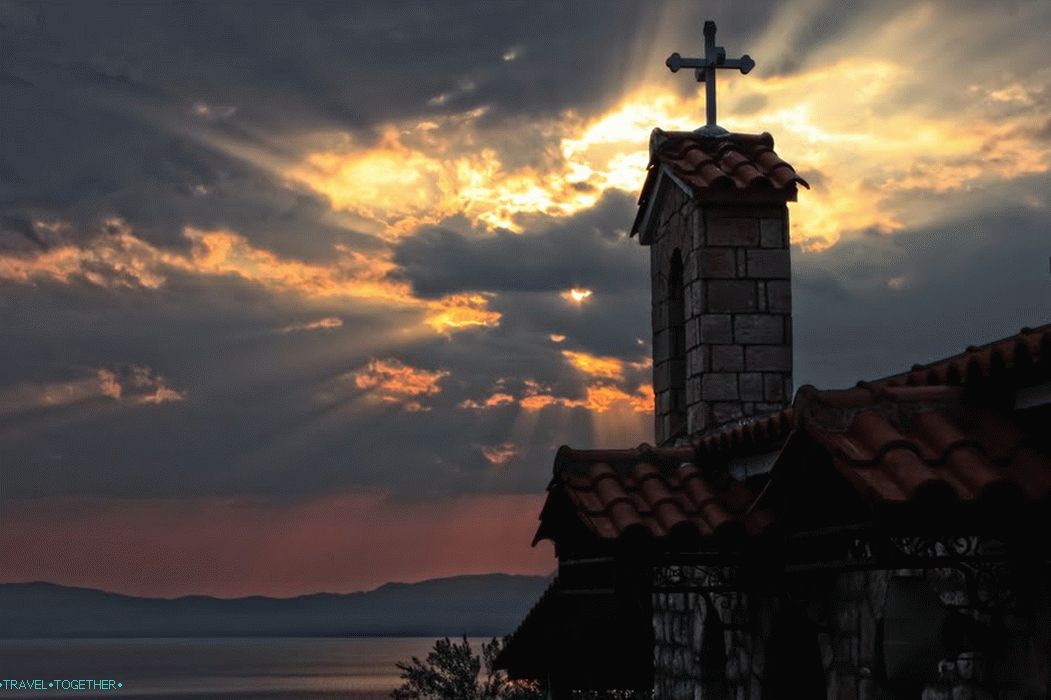 You can not go past the beaches of Kalamata and its surroundings. In fishing Finikunda village will find their paradise tourists with children. Coast, covered with sand, ideal for family holidays. There is snorkelling and fishing conditions, and coastal restaurants in the evening filled with different publics. Someone is choosing a romantic dinner, others like noisy bars. 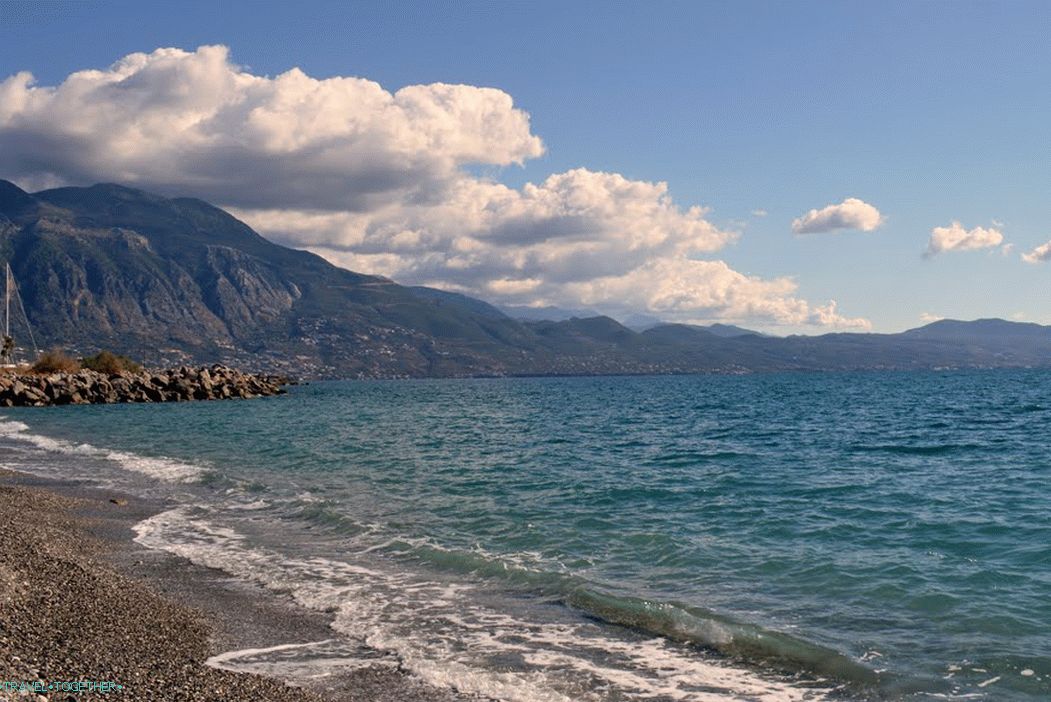 Nearby is the village of Stupa. She is famous for long sandy beach in the area of ​​Kalamata. Near there is another the beach is rocky, one of which is breathtaking. When it comes to beautiful beaches, nothing can make Kardamili competition. This idyllic place is chosen for romantic getaway and meeting sunsets.

Finally, in Kalamata there are all the conditions for a successful shopping. AT The historical center contains the largest stores. There are many souvenir shops for those who prefer to buy original handmade items. Good shops are on the street. Aristomenus. There are modern art galleries, where You can buy something unique.

Restored after earthquakes and decay, Kalamata confidently developing as a tourist center of the Peloponnese. And those who originally coming here only for the best Greek olives, the city conquers its architecture and the mass of entertainment available.