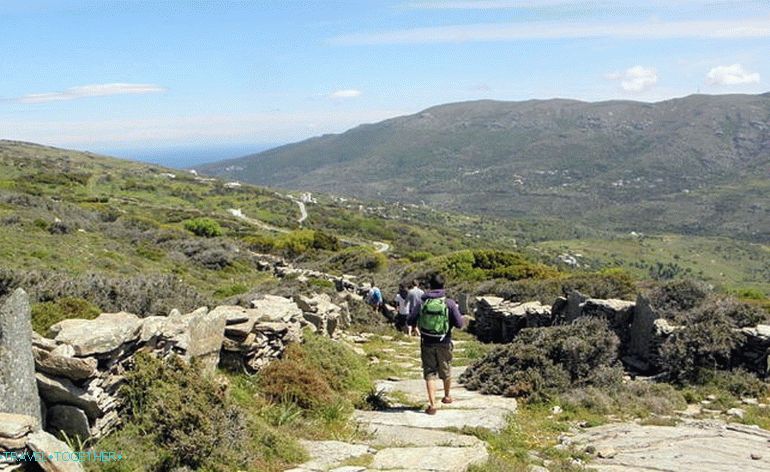 Долгие годы греческий остров Andros оставался вshadows of popular destinations. But soon everything will change – local tourism organization has begun an active advertising campaigns. It will be based on the promotion of the main “resource” Androsa – its trails for hiking. The other day Andros was presented at the ITB in Berlin as an exhibitor at booth of the South Aegean region.

Eleni Polito, Island Councilor for Tourism Development, told reporters: “Here at the ITB exhibition, we promote our nature, our culture. ” the main landmarks she identified the tourist markets of Italy Germany, UK, France and the Netherlands. In the same time It is important to expand the influence in the markets of Sweden, Norway and China.

Andros, unlike the other islands of the Cycladic archipelago, ideal for hiking and climbing – its mountainous the terrain is fascinating variety of routes. In October 2015 The European Hiking Association has marked the island with a special reward that confirms the quality of hiking trails. Андросbecame the first island in Europe to receive an honorary certificate.

Along with the promotion of its routes Andros also focus on attracting interest to the island’s museums, archaeological sites, birdwatching and birdwatching opportunities diving