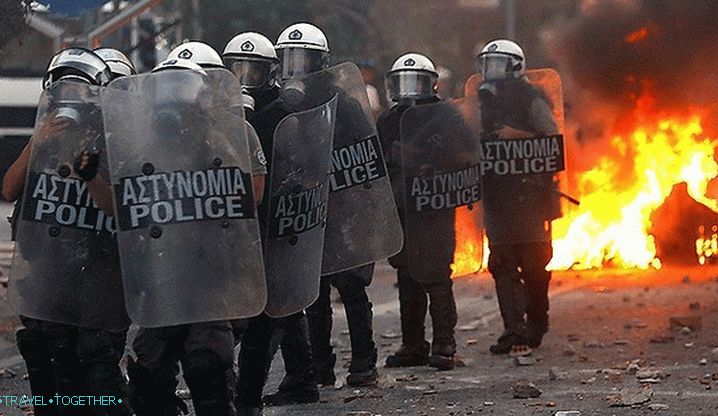 Греция давно считается одной из самых безопасных странEuropean Union. The crime rate in this corner of the Balkans low, so even if a tourist accidentally forgot any valuable thing in a cafe, he is likely to be able to without any problems her return.

But time makes its own adjustments: visa-free travel between countries The EU also has negative consequences, namely the increase in crime among the visiting population. In Athens in recent times one of the central quarters, Omonia, has become unsafe for tourists, as, indeed, and the subway, as well as areas near the objects cultural heritage. In crowded places, thefts have become frequent, markets have a high probability of encountering goods substitution, sometimes fraud with credit cards and exchanges currencies. Militiamen claim that most often by thefts and a deceit do the tourists themselves, or migrant workers who work in inexpensive boarding houses and hotels.

In Rhodes, Mykonos, in the port areas of many cities and in Athens Syntagma area tourists often face deception in cafes and restaurants, so before you pay, it is always better recheck check. Inattentive customers may unknowingly pay for dishes that are not ordered. Men often come across the trap of fake dating when a pretty girl expresses desire to chat and asks to treat her to a cocktail (of course, very expensive). 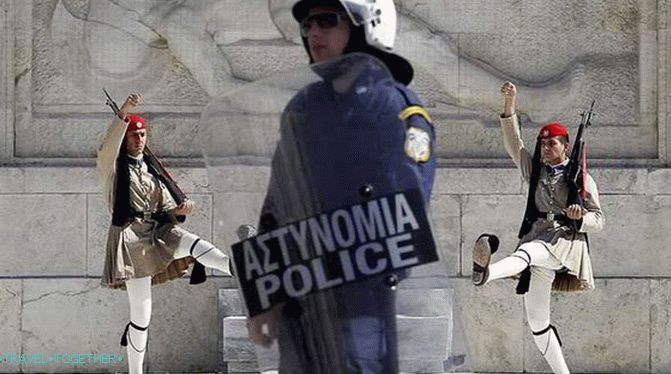 Another familiar type of deception – inflated fares in a taxi. Now, however, it is easy to rein in the driver’s dishonest hand: first, you can call the dispatcher and ask to calculate fare (phone numbers are on the license card) secondly, through the smartphone and GPS, you can easily see the map with the most the best route and hint to the driver that you know what dear is better to go. However, you can argue with the taxi driver if he works for the company. But to prove something to private owners practically unreal. But if a dispute arises, write down his car number: first, you can contact the tourist police and get sanctions against him, and secondly, the taxi driver may be frightened, and in order to avoid trouble, correct the “misunderstanding.” In any In case of travel, it is better to clarify the fare before you sit in the car.

An important nuance that must be taken into account by guests of the country: because of hot climate windows in hotels are open almost all day, but not at all there are lattices. Doors in low-cost hotels put the most cheap, so getting into a room is easy enough. Not worth it think that the jewels in the closet of the hotel room are full security. Given this, hotel owners immediately offer lodgers hide valuables in safe to avoid troubles.

Are Greek resorts safe for women? It’s controversial question: the number of gender crimes here is small and comparable to the level of the Scandinavian region. Could be say that Greece is one of those countries where representatives beautiful sex without fear you can ride alone. But alas the statistics were spoiled by some regions: on the islands of Laganas, Zakynthos, Rhodes and Corfu (Kavos city) level of sexual crime is higher than in the whole country. Therefore, travelers here women are better not to make suspicious acquaintances in bars and not take late walks to “amazing wild beaches” with unfamiliar people.

Once the country’s resorts flooded the local Don Juan “Kamak’ya” (in translation – “harpoon”), which did not give a wonderful passage strangers. Now, however, they can already be attributed to the “endangered “inhabitants of casinos, discos and beaches. They are gradually being squeezed out visiting rich foreigners who, by the way, become figurants of many conflicts.

In the Greek outback, local residents may be biased towards woman traveling alone or in a male company. Some places – kafenio and uzeri – greek eateries “old style”, where women can also be found rarely. Therefore their Visitors may encounter barbs.

Greek Unified Police Service – Elliniki Astynomia, not divided into rural and urban, as in most European countries. In order to contact the police, you must have an identity card with you, otherwise the complaint will not be considered. As is known, many Greeks are well aware English, but communication with the police is often difficult because of the language barrier. Any foreigner who landed a cop the site must immediately contact the consulate, which will provide the assistance of a lawyer. However, it can be difficult to achieve this. how often do the Greek law enforcers “forget” English and the detainee has to be persistent to make call to the embassy. 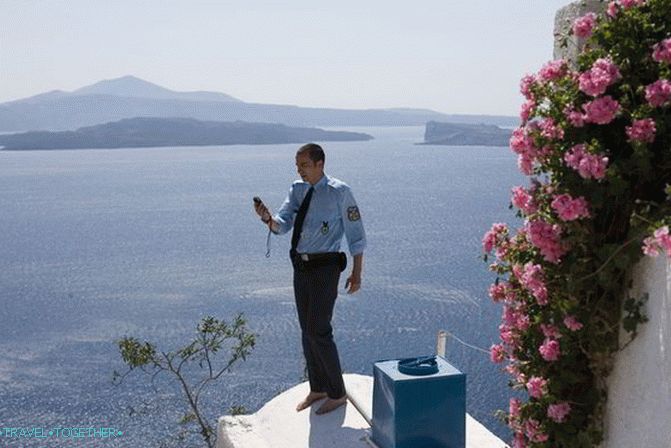 Offices are opened in the most visited places in Greece. police, where you can contact in case of problems with the organization travel and leisure.

Most often, foreigners are in unpleasant situations because non-compliance with the rules of the road, indecent behavior public places or appearing drunk there because of photo and video shooting near the protected closed objects (military bases, important points of infrastructure). Special care on Greek beaches need to show lovers to sunbathe topless: in There are special nudist beaches in the country; territory will not like not to law enforcement, not local residents.

In Greece, very severely punished for consuming and drugs spreading. The trial of such a case may drag on for a year: as you know, the Greeks are a leisurely people, so They do not like to customize Themis. So it’s better not to risk, otherwise you can remain behind bars indefinitely time limit 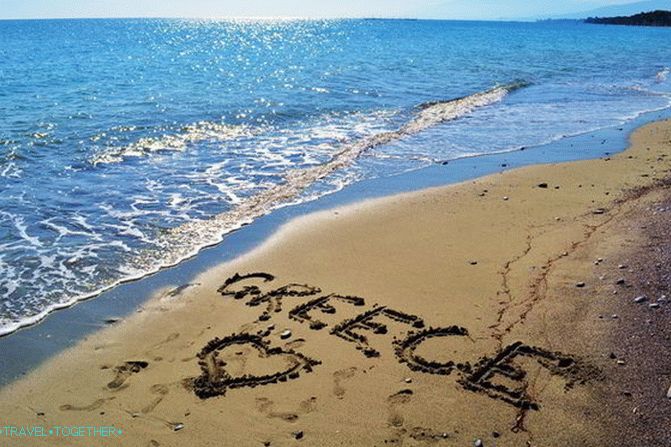 In general, safety tips for tourists in Greece are the same as in any other European country: valuables and large the amount of money is best kept in the hotel safe, with yourself during excursions to carry only the necessary amount per day; in crowded locations and public transport keep track of bags and wallets. Law-abiding tourists in Greece have nothing to fear, the main thing is follow the elementary rules, and then the vacation will be fine!