Elounda has long become a synonym for luxury holidays in Crete. The concentration of expensive hotels and villas here is really great. However, about any rest for the elect is out of the question – this resort will delight tourists with any budget.

Lots of entertainment, pleasant climate and proximity to attractions have made Elounda a resort where vacationers will get everything at once. 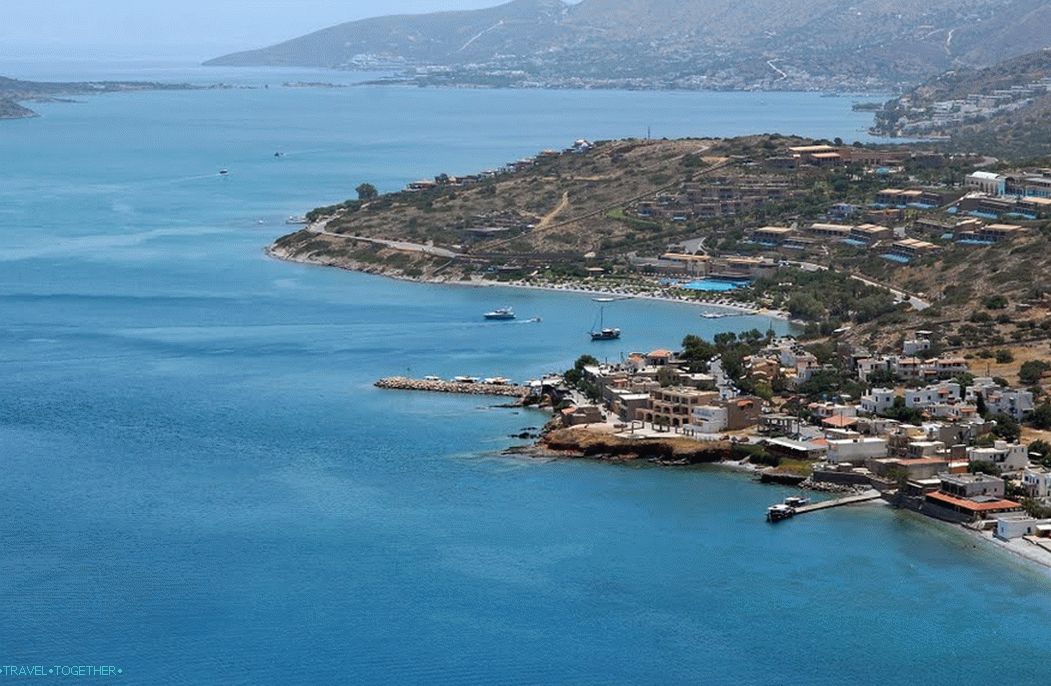 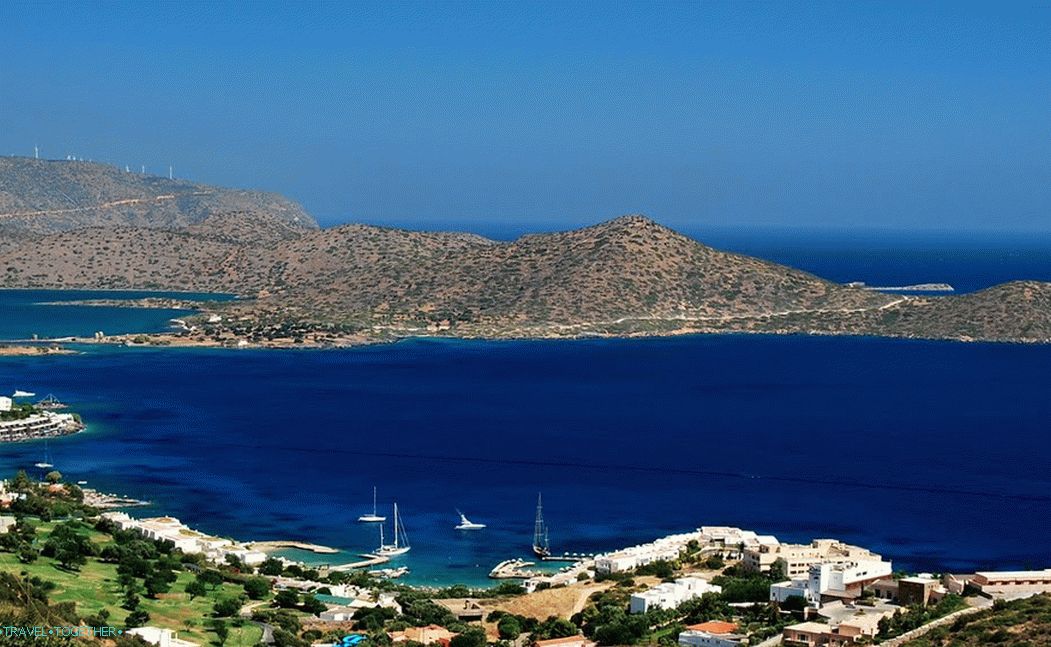 The most popular excursion from Elounda – a trip to the island Spinalonga. However, initially it was not an island. After Venetian conquests part of the Kolokita peninsula artificially separated for protection against attacks from the sea. So the story began Spinalongi, filled mostly with sad events. In the XVI century. a fort appeared here, and when the Turks replaced the Venetians, The island became a haven for the Cretans. But by the XVIII century. Turkish families settled on the island and left it only in 1903. Until 1957 the island served as a leper colony. Today on the empty Spinalongue can explore the fortress, residential neighborhoods and churches, wander the streets and feel the spirit of the island of lepers. 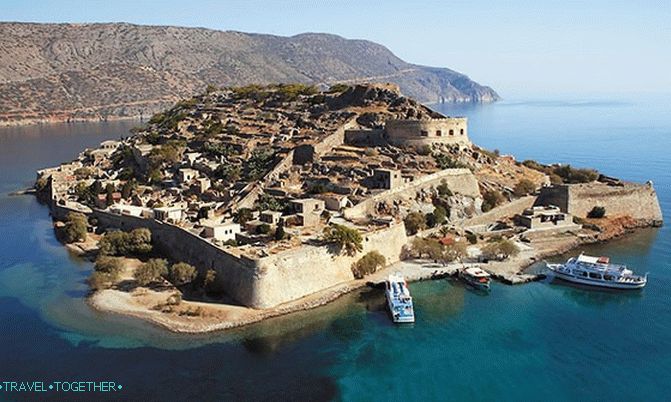 The village is not far from Elounda. Karidi. It is worth to come here for the monastery Areti. Founded in the 16th century, it was from the very beginning one of the richest monasteries of the island. Areti owned a big library and valuable relics, but eventually fell into disrepair. The monastery has come back to life and attracts with its authentic architecture. 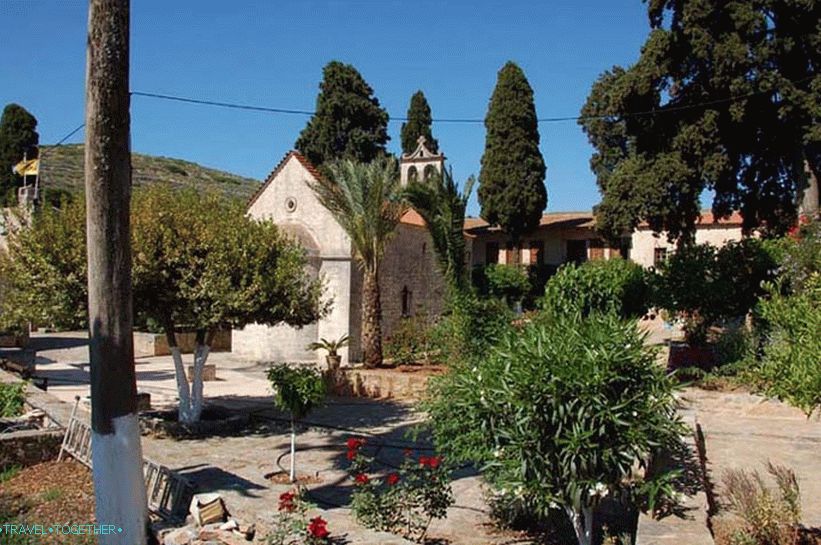 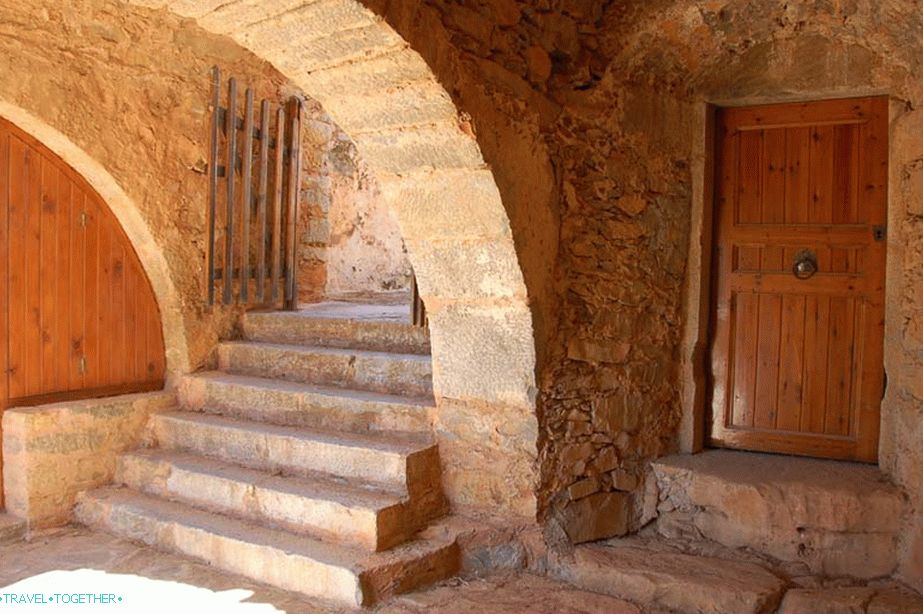 Next to Areti, there is another place worth visiting. it the city of dreros, from which remained the ruins of the sanctuary Apollo, fragments of buildings and squares. The settlement is located on the hill, and over Dreros towers the chapel of St. Anthony. To her worth climb to enjoy the views of Mirabello Bay. 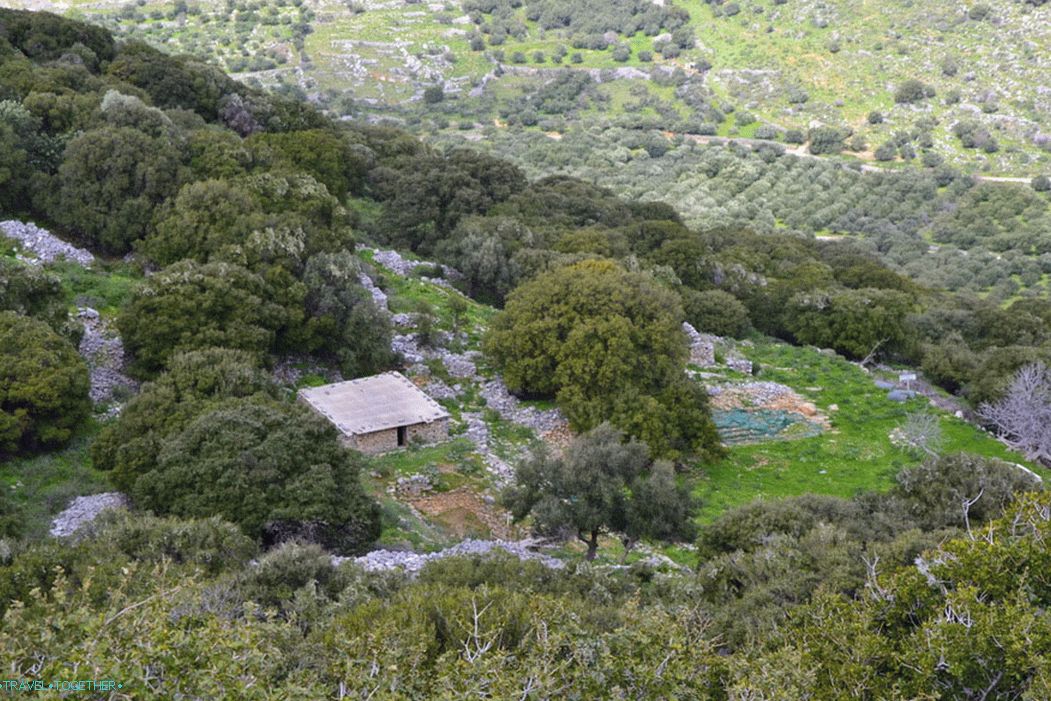 Elounda herself kept the remnants of the once thriving Olus city. True, not everyone can find them. tourist. The fact is that the city sank, and no signs or there are no identification marks in Elounda. However, the tourists are completely calm manages to distinguish fragments of walls that stretch along the sea. Some travel agencies offer underwater excursions for those who wish. come close to ancient olu. 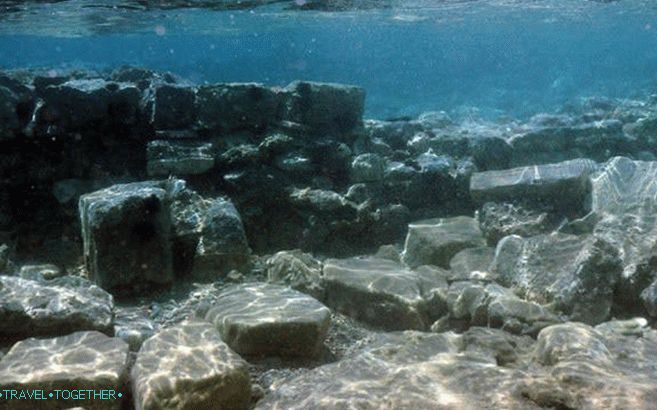 In the bays near Elounda, the sea almost always remains calm. That is why many come here with children, and the swimming season ends in November. The whole coast of Elounda is indented with small coves that form small beaches.

Near the harbor is located Skisma beach with small sand and calm waters. It is adjacent to prestigious hotels, therefore, security and infrastructure are at their best. On Skisme there are playgrounds, there are taverns nearby.

Pigadakya district will also please good beaches. They are inferior in size to Skisme, but are also covered with sand. The only negative – many of them are private and closed to most vacationers. 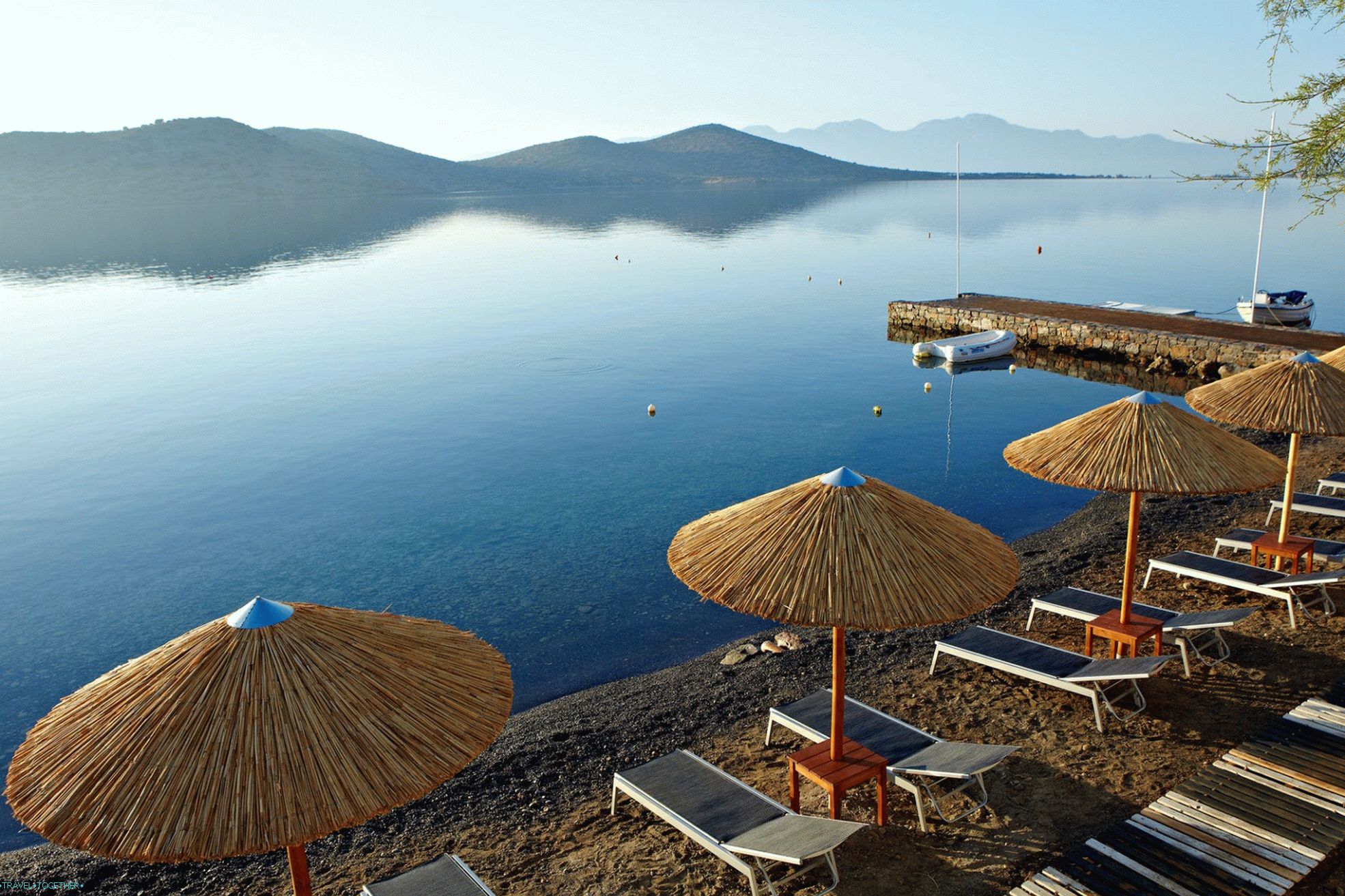 Driros and Khionas – two more excellent beach with views of Spinalonga. They are well equipped: on the coast has taverns, sports fields, work lifeguards.

People come to Elounda who love to show themselves and to other watch. And the main platform for entertainment becomes all sorts of bars and clubs. Their variety will amaze and surprise even the most sophisticated tourists. Among the institutions of Elounda – taverns, where in the evenings they play Cretan music, rock clubs, disco bars, clubs with lounge music, prestigious restaurants and democratic cafes. But worth it pay tribute, in Elounda there are no rampant parties. Miss here It does not have to, but for the stormy fun better to go to Malia.

During the day you can have fun in Elounda with the help of shopping. At the resort there are shops with high-quality leather goods, Cretan handicrafts, clothes and shoes (both democratic and brand). In jewelry stores you can buy jewelry with Byzantine and Minoan ornaments. And in the gastronomic departments to look at the honey, wines and famous cheeses of Crete.

Despite its glamorous image, Elounda is also a place whom the story touched. Someone comes here to rest. among celebrities. And for someone important sights and unique landscapes with which this resort is rich.