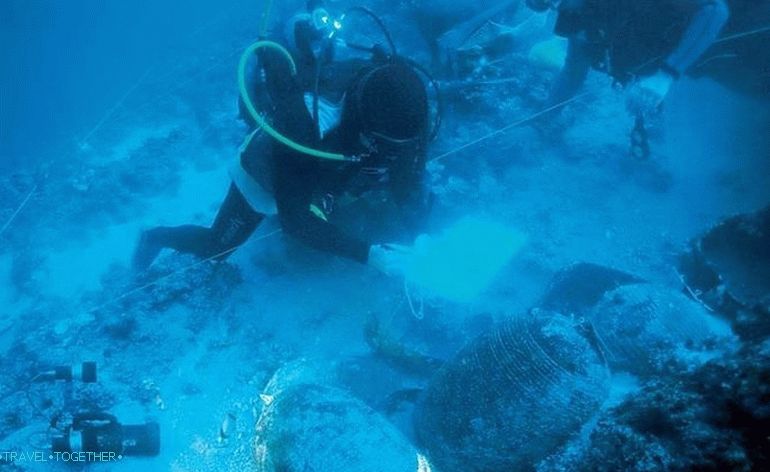 Департамент подводной археологии совместно с ИнститутомMediterranean studies completed work off the coast of Crete. AT July and August, archaeologists examined the sea near the island of Ayia Theodori and beaches Istron and Poros (Elounda).

The result is impressive: it looks like another one has been found in Greece antique city. Numerous fragments of buildings were discovered walls, towers and foundations of two fortresses. South of the find researchers saw walls that may belong to the Ancient Olunde.

“Studies are conducted using topographic and extensive surveys of submerged Minoan objects. All of them are part of a large architectural complex with very durable foundation, “- said in a statement the Ministry of Culture.

Another discovery was the ancient passage connecting Crete with island Kolokita. By size, construction style and quality materials can be judged that all buildings had an important social significance.

Scientists intend to compare the results and clarify the picture topography of ancient Olunda. After processing all the data, they will conclusions about how the ancient city developed, due to which flourished and why it disappeared from the map of Crete.