Is vacation in Greece suitable for people with a disabled bed? the chair? Let’s try to understand the intricacies of this Problems. 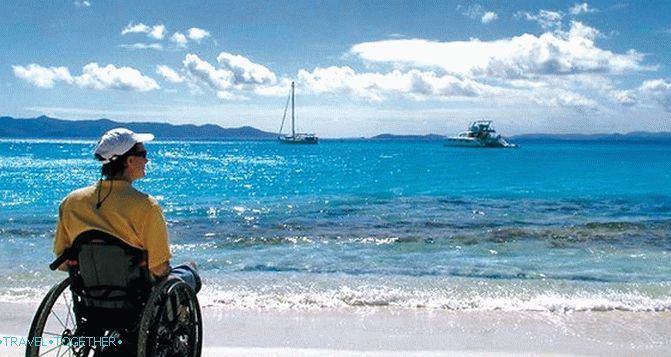 Greece, located on the Balkan Peninsula and having its geography of about 6000 islands, is predominantly mountain country. Many localities are located on mountain slopes and hills. Even in the Middle Ages, such the terrain gave priority to defensive character.

Some cities in Greece are built on the hillsides, for example, most settlements of Cyclades.

It is this hilly-mountainous landscape that can be the first difficulty for a person who has health problems.

Modern architecture of Greek cities can also be unfriendly to a person in a wheelchair. Streets are so narrow that often even strollers barely fit there in size. This problem is most common. in big cities. There you can also face another problem – parking Cars are put so close to each other that they don’t there is no chance of travel between them.

On the islands of the Cycladic archipelago, traditional architecture can also be quite inconvenient: narrow streets rather designed for walking, rather than for movement in a chair. For example, arriving in Santorini on a cruise ship, from port to Fira (the capital of the island) can be reached by cable car. But, rising, you will find a maze of narrow streets, winding between closely located buildings.

Changes in Athens after the 2004 Olympics

After the 2004 Summer Olympics in Athens There are several more opportunities for recreation for disabled people in Greece. For example, the state purchased buses, specifically designed for people with disabilities. The route of these buses passes through the most popular tourist places. Were also Works to improve the road infrastructure of the city: comfortable ramps were made and additional ones were put into operation disabled parking places.

In addition, new rules were established for hotels and restaurants, prescribing to maximize services for people with limited opportunities. Unfortunately today these rules do not perform all institutions.

It is believed that the international airport in Athens is 100% meets the conditions for comfortable and safe stay in it person in a wheelchair. But such good conditions are made far from all airports in Greece. Especially difficult to have on small islands.

A similar situation with ferry companies. There is a pattern: the larger the company, the less will be problems.

In recent years, many hotels have been renovated to comfortable rest of people with health problems. Also in greece There are hotels that are most suitable for the disabled. For example, Eria Restort in Crete and Sirens Restort on the Pelopenes. On the beaches of these hotels even special comfortable slopes have been erected to the sea and there are some other devices that are not in other hotels in Greece. 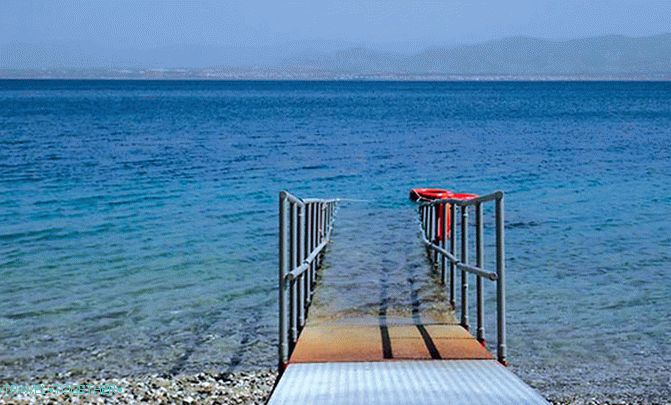 Rounds to Greece for disabled people

Some Greek tour operators offer their services in recreation in Greece for people with disabilities opportunities. They design the tour so that to take into account all the wishes of the client: from transfer and accommodation in the hotel before developing a program of excursions and entertainment.

In Russia, unfortunately, there may be difficulties with the selection tour. Most likely, it will be necessary to develop an individual round taking into account all the nuances. We recommend to contact large companies for which the direction of “Greece” is a priority for example, “Mouzenidis Travel” or “Solvex Tourna”.