Each of us at least once a year tries to relax on some kind of sunny sea coast. Relax forces, improve your health, get acquainted with the life of other cities and countries – It is these simple but inherent desires that all of us push each year. Thousands of people buy train / plane tickets and go to long journeys. Куда мы ездим чаще всего? Of course, in the top three most Popular tourist destinations – Crimea, Turkey and Egypt. But on The Crimean peninsula is a little lame service and infrastructure, and Turkish and Egyptian hotels are already fed up, I want something newcomer. It is not worth long to wrestle with searches, because in within the same Mediterranean, there are still quite a few resorts. destinations – for example, Bulgaria and Greece. And if the resorts of Bulgaria in some ways are similar to the Crimean ones, then Greece is a completely different world, where you should definitely visit at least once.

In the play “Wedding” the classic of Russian literature A.P. Chekhov mouth one of the characters uttered the famous phrase “In Greece, there is everything!” – and it really is! On the territory of the mainland and on numerous islands – hundreds of cities and resorts, in each of which has its zest. Would you like to get acquainted with the history of Greece – Welcome to Athens, Delphi, Crete, Olympia! To admire on a beautiful sunset, take a boat trip on the amazing o. Santorini. And for those who just want to enjoy nature and relaxing holiday by the sea, the perfect place – oh. Corfu. 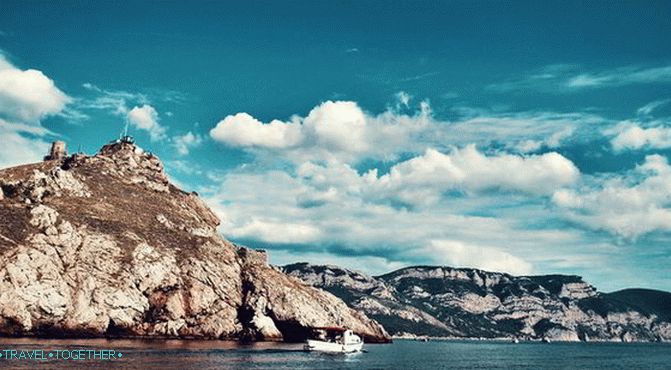 Enumerate everything that a tourist can find in Greece is useless, after all, opportunities for rest and interesting pastime here unlimited But many still doubt. Domestic tourists already accustomed to the standard scheme of rest All inclusive – need just give money to a travel agency, and more there is nothing to worry about – in hotels of Turkey and Egypt there is everything – and food, and entertainment, and the sea is near, and the staff has long learned Russian language. And what will happen in Greece? Of course, many vacationers it is more convenient to live in the closed space of the hotel territory and not why not worry, but is it really possible to call such a holiday real and interesting? Often, tourists in these countries are not even go to the city, do not see the life of the local population, do not have opportunities to get acquainted with the real culture of the country in which they came, because it is often unsafe.

On the other hand, in Greece, tourists almost never encounter problems in communication – even cropping memories from school lessons English or German will help to communicate with the local population, make orders and purchases. And at airports, flight announcements duplicated in Russian. During the tour, all guests with them There will always be a representative number of the tour operator who will help and will prompt if any questions arise.

For those who go on holiday in Greece with children, offers a unique opportunity to demonstrate, for what you need to learn foreign languages. In a tourist trip these knowledge will certainly come in handy, but who among the kids does not want travelling aroun the world?! In addition, children will see that in Europe almost everyone – both old people and young people, who know besides the Greek at least one language that is rarely found in our country.

Some hotels in Greece are already working on the system All inclusive, but, as a rule, it is only worth a rest once try food at a local tavern as they stop eating at the hotel is so tasty and home cooked in urban eateries! It is in the institution for the locals you can enjoy authentic greek cuisine. By the way, sometimes the menu can be found the names of the dishes, duplicated in Russian. 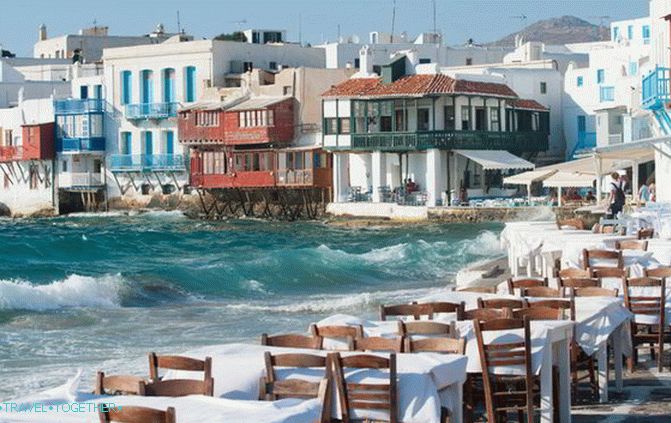 In Greece, rest is not limited to the closed world of tourism. coastal areas – here you can walk in the city until late at night, go to the usual urban cafes, restaurants and supermarkets, dance in a disco and, if desired, even on their own go on a trip to any other city! There is opportunity to get acquainted with the culture of the country and the mentality of local residents – and this is the beauty of this interesting and educational holiday in Greece!