I post some cards that I managed to find in the open spaces – general map of Abkhazia and cities, resorts of Abkhazia, lakes, rivers and mountains Abkhazia. You can see more satellite Google maps, there are very good shot Abkhazia, but on Yandex maps, everything is completely uncomplicated, one can only say outlines. Regular cards and here and there is not very strange.

Photo of Abkhazia and our excursion to Abkhazia in you can see by these links.

I also found a detailed large (2500×1900) geographical map of Abkhazia, this is a snapshot from the Altlas of Abkhazia, since the USSR, so some names are old. The file weighs about 1MB 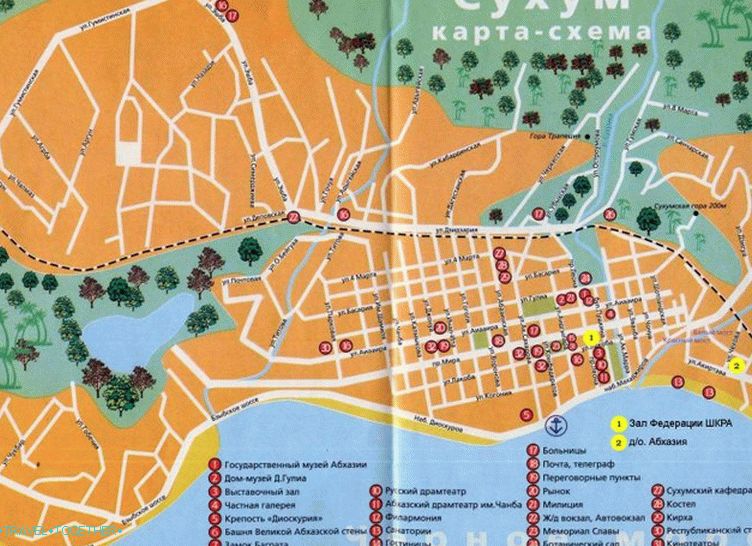 Map of the center of Sukhumi. Abkhazia.

Abkhazia
Here I collected some photos that were not included in the story. about Abkhazia.

Abkhazia
Abkhazia one day … Is it worth it or not? So we thought, sitting

Travel Tips
It is often asked how to get from Suvarnabhumi Airport to Don Muang airport.

Pattaya
In the view of the Russians, Thailand is almost a legendary island. Chung-Chang. After

GREECE
13.07.2014 В любом регионе Греции лето ознаменовано проведением фестивалей,and August is no exception. These
Leave a Reply Cancel reply
Recent Posts
Categories
Recent Comments
Archives
This site uses cookies to store data. By continuing to use the site, you consent to work with these files.