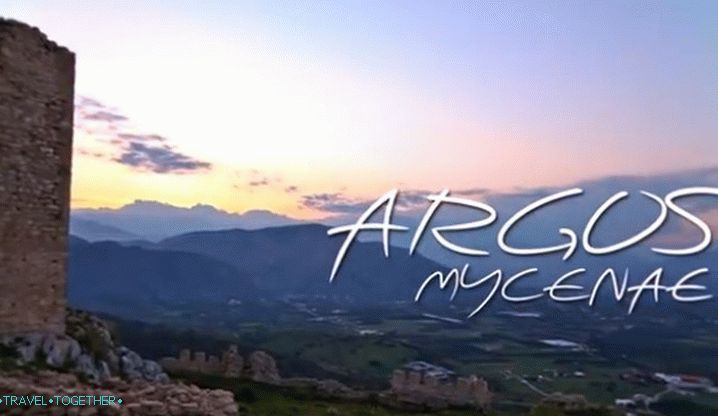 Make it louder and enjoy!

Argos (Greek Άργος) is a city in Greece, on Peloponnese. The third oldest populated city in Europe (after Plovdiv and Mantua).

Geography: The city is located in the center. of the driest valley of Greece, on the tops of the hills of Asp (Prophet Elijah) and Larissa, on which there were two citadels. City was located near the ancient cities of Mycenae and Tiryns, which known by the poems of Homer, as the kingdom of Agamemnon, but in the historical era has already been abandoned, their role as the center of Argolis moved to Argos.

History: The founding of the city dates back to 2000 BC.

The main periods of flowering of Argos are Late Middle Greek, Early Mycenaean, and Geometric period.

The mythological history of the city is closely connected with the king Adrastom and his campaigns against Thebes, which became one of the favorite plots of ancient greek tragedians. “Seven vs. Thebes” – the failed campaign of heroes, in which everyone died except for Adrast. The campaign of the Epigonov is a successful campaign of the children of the lost heroes. One of central heroes of the Iliad of Homer — Diomedes, grandson of Adrastus, king of Argos, dependent on Agamemnon, king of Mycenae.

Like the entire Peloponnese, Argos was captured by the Dorians, while Argos was probably the first center to strengthen the Dorian power in the Peloponnese. The indigenous population of the region lived on the position of the pericae. Royal power in Argos is descended from Temene, a descendant of Hercules. Of the rulers of Argos, the figure stands out Fidona, probably ruled in the VIII-VIIvv. BC. He led an active offensive policy, subjugated Argolis, island of Aegina. After him known tyrants: Perill and Arkhin. Despite on a common Dorian origin, Argos was a permanent military rival Sparta.

In the III. BC. known tyrants Arhin and Lafayes, then Aristippus I, his son Aristomas I. Aristomas I died during conspiracy in 241g. BC. and power passed to his sons, first to Aristippus II, then to Aristomachus II. Aristipp II died in 235g. BC. in the battle of Mycenae with Arat Sikyon.