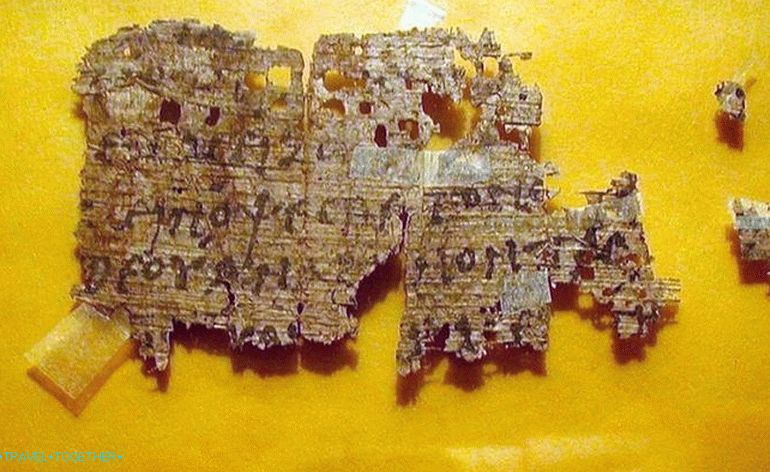 “At first I could not believe my eyes! After all, how can sell similar historical values ​​on this site? And if the manuscript was sold, it most likely would have disappeared into someone else’s private collection “, – says Mr. Smith.

According to some data, the find dates back to 250-350 AD. иcontains six lines of the text of the Gospel of John in Greek with one side and an excerpt of an unidentified Christian text with other.

Currently, the snippet found is not yet cataloged in the official list of manuscripts of the New Testament.

In turn, Jeffrey Smith asked the seller to withdrawing the lot from the auction so that more study the document in detail, for which a positive answer.

It is also noted that the found fragment is the only the well-known record of the New Testament as a separate scroll, and not in form of a code.