Spending the rest of the summer in Turkey is a great idea.

Fortunately, it is well tolerated due to low humidity. There is almost no rain at the end of the summer – they won’t start earlier. mid autumn.

Read more: Weather in Turkey for the months of 2019

Turkey in August: where better to go? Going to Turkey at the end of the summer, you should consider the features climate of this country.

You can hide from the heat of the day either near the sea (while sunbathe undesirable, active sun instead of even brown shade easily “reward” the skin with red spots of burns), or in air-conditioned room or in natural shade.

For a holiday at the end of summer, it is worth choosing a resort, where next to the sea there is a forest or grove. Kemer is ideal in this respect, surrounded by pine trees.

See also: Where is the best place to relax in Turkey?

Alanya – the hottest of the resorts in Turkey.

By the end of summer, the sea in Alanya is warmed to + 28-29 ° C – warmer than water found all over the coast. In this case, you can swim safely. Storms at the end of summer in Alanya do not happen, sea water is safe both for children and for adults.

Every August day in Alanya pleases with a bright sun – precipitation not at all. Relative air humidity – 44%.

The climate in Alanya is dry, even dry. Rain at the end of summer is here does not happen, as well as strong waves.

What to see in Alanya in August? 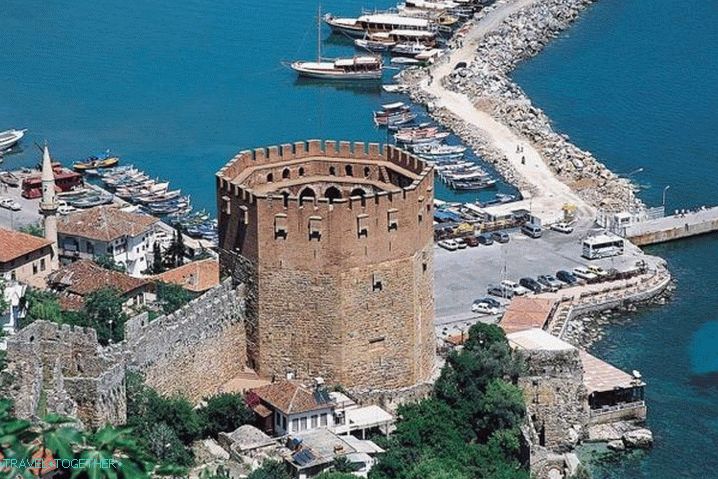 The weather at the end of summer at the resort is stuffy and hot. High air temperature (about +33 ° C) during the day and the lack of coolness even at night not the best way to affect the health of tourists with problems of the cardiovascular system. Going to the beaches is better good night the temperature is kept around + 27 ° C. August, along with others summer months and September, the sunniest month in Side. Relative humidity of air – 42%, precipitation does not fall at all. Visited tourists advise during the August vacation be sure to take sunscreen with you.

What to do in Side in August? 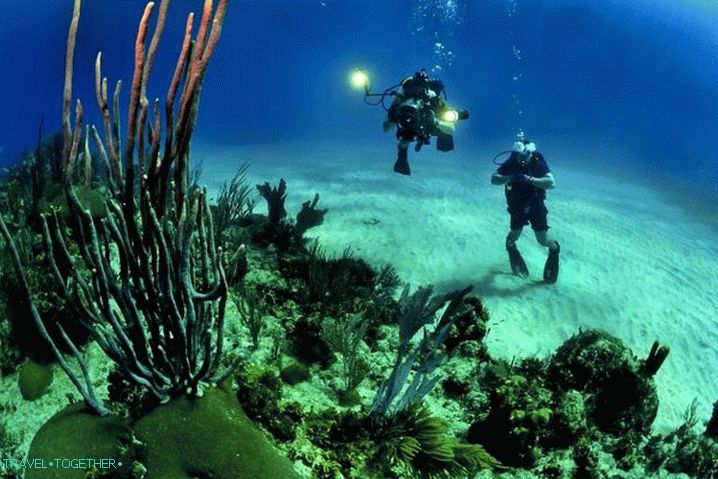 The daily temperature in Antalya is slightly lower than in Alanya – to + 35 ° C. At night it gets cooler, the air cools to + 25 ° C, however, it is comfortable to walk the streets even without a cape. Warm and cloudless nights make Antalya an ideal place for evening walks and romantic encounters.

The pressure in the resort region is almost always high, which provides a complete calm sea and the absence of even a light breeze. Water near the coast is warmed up to + 26 ° C by the end of summer, you can swim with early morning and deep into the night.

August Antalya – it is the whole 29 clear days. Fallout into this time does not fall out, the relative humidity of air – 34%.

What to do and what to see in Antalya in August? 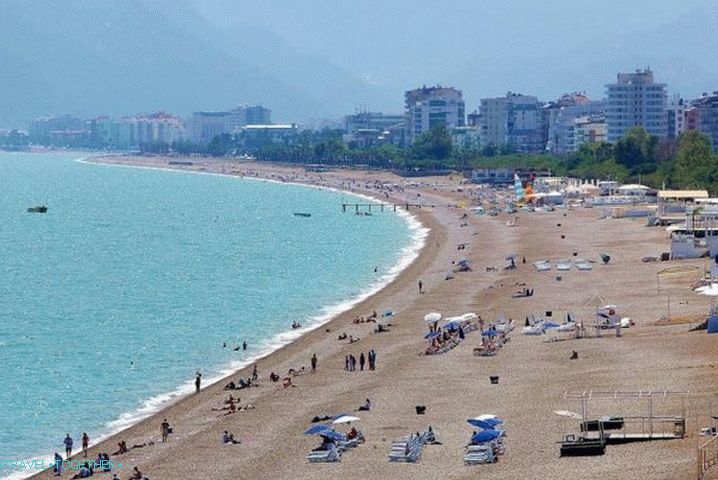 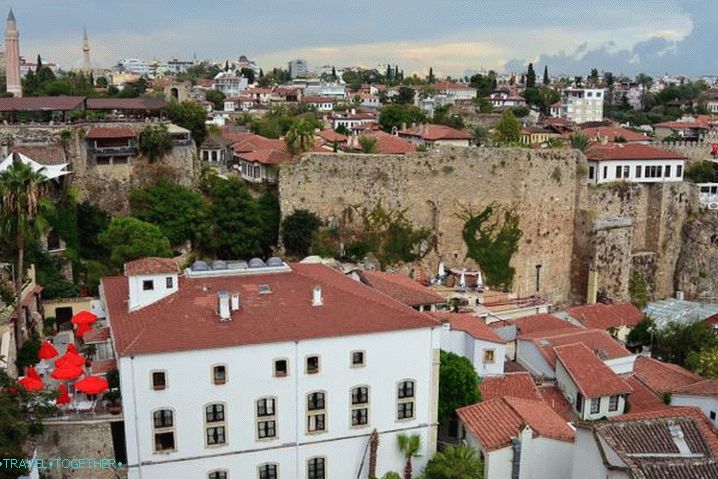 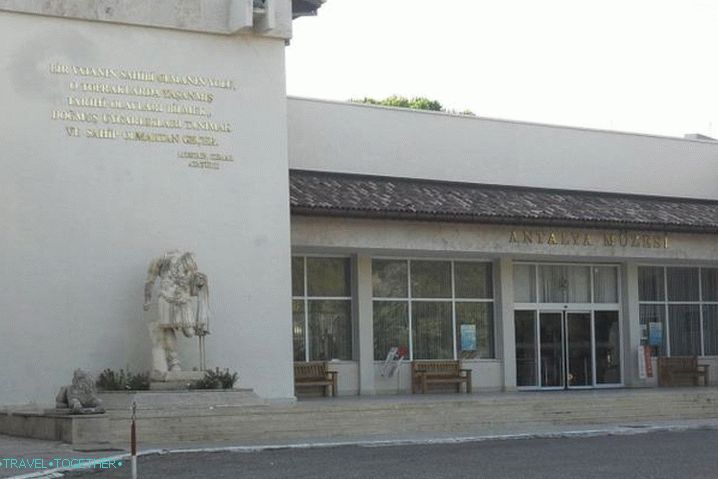 In Kemer, the end of summer, as in most resorts in Turkey – the hottest period of the year. Average daytime temperature rises to + 35 ° C, after sunset it becomes cooler – about + 25 ° C. Below + 22 ° C thermometer does not fall even in the most “cold” days. But in August there is almost no rain, and the sea is the warmest (about + 25 ° C) and at the same time calm. On average, 27 days in Kemer are clear, precipitation falls just 1 millimeter. Relative humidity – 38%.

The heat is transferred normally due to the winds blowing from the sea. – they are refreshing.

What to do in Kemer in August?

All 30 days of August in Marmaris are clear and sunny. No precipitation drops out, relative humidity of air – 40%. In general, the weather in The last month of summer is the same as in July, the tourist season in in full swing. Closer to early September, temperatures can fall, but perhaps strong heat will be in September.

There is no stuffiness, and yet someone badly tolerates heat, we advise come here later. In any case, the sun in this region is less dangerous than in Antalya.

What to do in Marmaris in August? On average, in August only 2 days fall on cloudy weather – 30 millimeters of precipitation fall, which is 3% of the annual norm, and 27 clear days. Relative air humidity – 63%.

It is very hot here, unlike in previous months – from May to July the weather is mild and comfortable. However, this does not deter numerous Tourists – August is at the peak of the season. Best to sunbathe up 11 am and after 4 pm

Burn in the bright sun can be just a couple of hours, so special care should be taken sunscreen and drink plenty of water.

What to do in Istanbul in August? 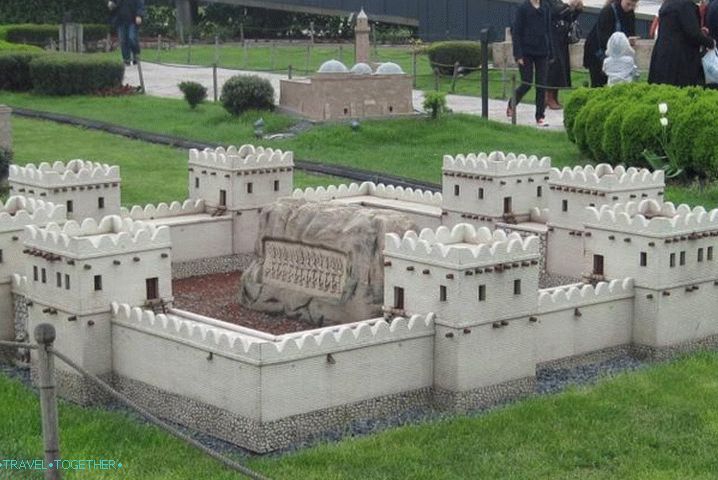 Where it is better to rest with the child at this time?

Going on holiday with a child is worth only if the baby is old enough, quickly gets used to the new climate and easily tolerates heat.

At the end of the summer in Turkey is too hot even for adults. For The first trip with a child is to choose a region with a climate which is less different from the usual and more comfortable. In any If necessary, stock up on sunscreen, goggles and Panama.

For a family holiday in August it is worth choosing hotels with water parks. Water rides will allow you to pass the day and have fun with the kids when the beach is too hot.

What you need to know, going to Turkey at the end of the summer?

It is important to know how much a tour to this country costs at the end of the summer of 2019. years, as well as the cost of flights and hotel accommodation or rented apartment.

Prices for holidays in Turkey in August 2019

Also helpful: Prices for an all-inclusive vacation in Turkey at August 2019

6 tips for those who want to relax in August Turkey