The first metro train passed on the overpasses over the Chao Phraya River (Menam) not too long ago – in 1999. This type of transport rescued actively developing, but built up chaotically, megalopolis from the impending transport collapse. Like all over the world Bangkok metro is the most convenient way moving in a human anthill, allowing to get to his remote corners, bypassing traffic jams. How to use Bangkok metro station and do not get lost in it, it is told in this article.

The metropolitan Thai capital consists of three independent, but types of rail lines intersecting at some stations transport. 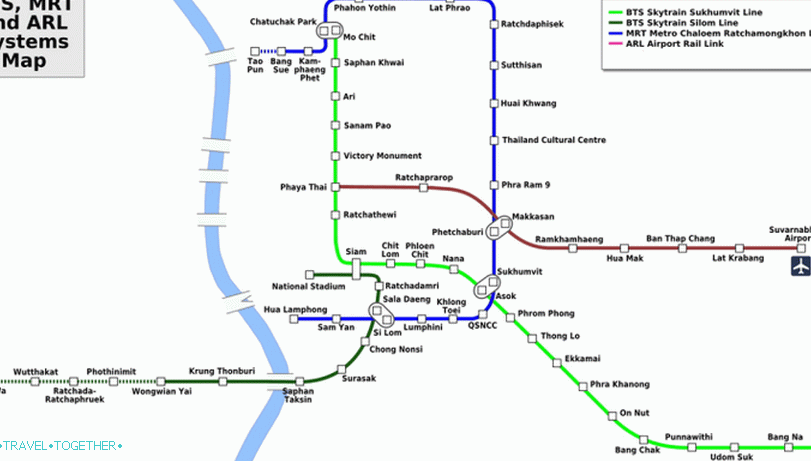 Bangkok Skytrain (go to website) is the pride of the Thais. They built it on their own, refusing the services of a Canadian company. It can use not only to move around the city, but also to sightseeing tour. True, it is necessary to choose the last or the first cars, since the rest of the windows are almost completely sealed advertising. 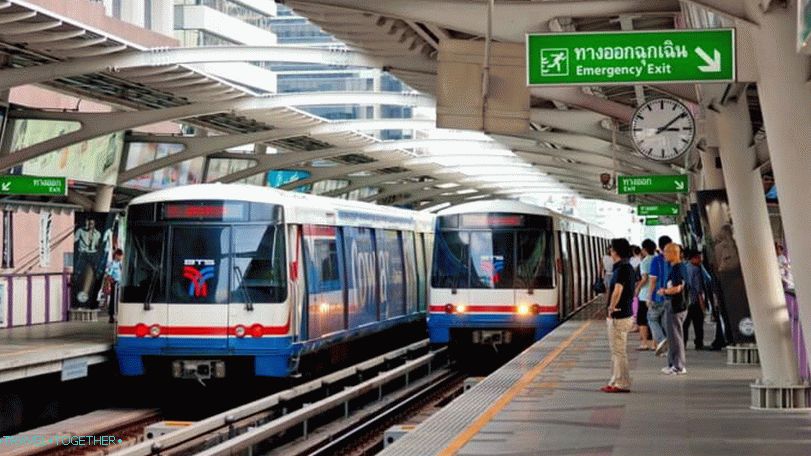 It is worth noting that Thais are not in vain proud of their “Heavenly by train “. His cars, which are somewhat wider than ordinary cars underground, air-conditioned, LCD screens (show commercials and music videos), they move smoothly, without jerking. Stations are advertised in Thai and duplicated in English. language. 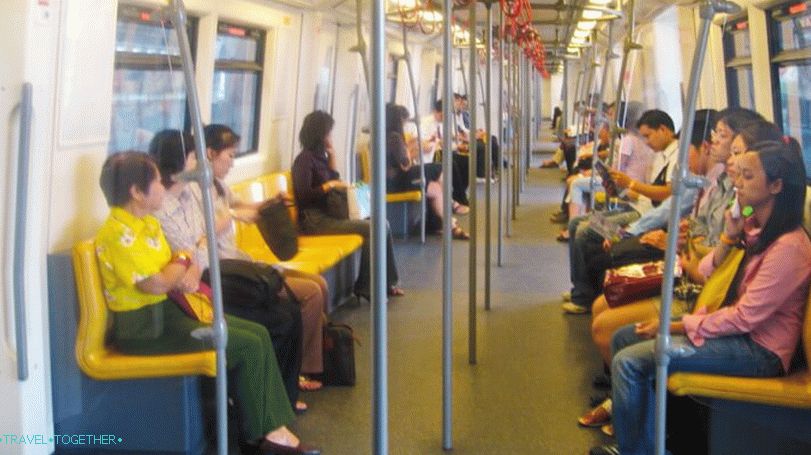 Inside the cabin BST

In the scheme of overhead metro lines BTS is the most easy to understand. Every name stations are duplicated by letters indicating their position relative to the cardinal points, and the number by which one can judge, how far (in kilometers) it is from the city center. Nodular Sky Train Station – Sayam (Siam), where you can go from dark to light green line labeled CEN. If you want to get into Bangkok night entertainment center, then look for S2 (Sala Daeng) on dark green lines. And you can go to the airport, transfer to Station N2 (Phaya Thai) on the City Line.

Tickets for the Sky Train are sold in three types:

Single ticket price (Single Journey Ticket) on BST depends on the distance. Count it not it is necessary, the stations are designed so that between them exactly 1 kilometer. Buy a ticket for the number of stations that are going drive through. The minimum cost is 15 baht and the maximum is 52. You can find out the current price by going to the official BTS website and by clicking on the stations you are interested in the diagram. In return, you will not get only the fare, but also the approximate travel time between them. Travel time is indicated not in vain, a one-time ticket is valid in for two hours, but how many hours the passenger rolled in reality, determines the machine at the exit from the station, which must present a ticket. You can not lose it, as well as to exceed the period trips. The penalty for this starts at 40 baht. 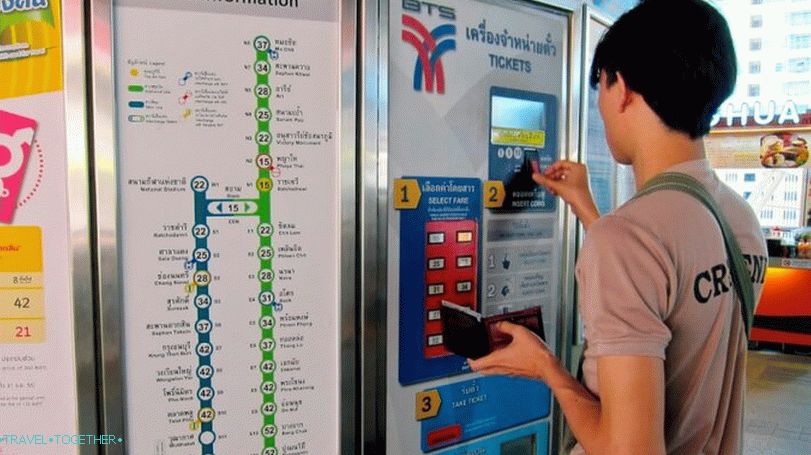 Terminal for payment of the aboveground metro

Eliminate the need to calculate time and distance by purchasing a day pass (One-Day Pass). Him price 140 baht. Note that this travel card Valid only on the day of purchase. Therefore, buy it in 23.00 does not make sense: the metro in Bangkok is working Dos 6:00 to 00:00. 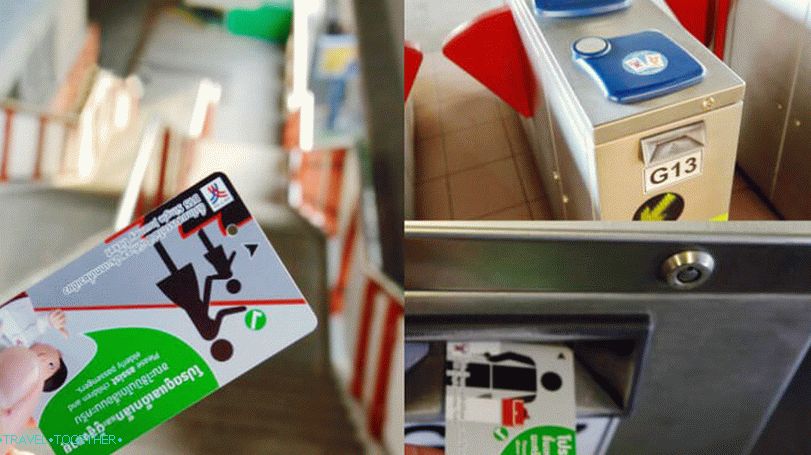 Monthly travel ticket for BST, which is called 30-day SmartPass is a very tricky subject. His acquisition is not gives you the right not to get out of the Sky Train car for a month. With it, you can only make a fixed number of trips – minimum 15, maximum 50 – in 30 days. Pass for 15 trips worth 345 baht, and 50 – 900 baht. There are still gradations of 25 (525 baht) and 40 trips (760 baht). To determine the profitability of the acquisition such a travel card, divide its cost by the average the duration of one trip that you usually make. On the practice has already determined that a travel ticket for 15 trips will be beneficial only if you drive at least once three stations.

Underground subway Bangkok (go to the website) – a good way for a traveler to join everyday life of the Thai capital. It is used by indigenous people in order to make a daily trip from home to work and back. Station architecture is utilitarian, no architectural delights. The train tunnel is separated from the central lobby. transparent sliding doors. At the transfer stations of the station have two and even three levels. 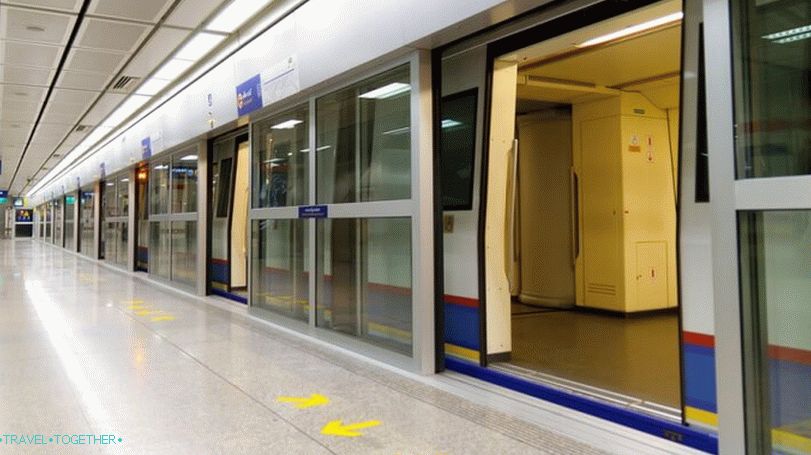 Conveniently, both MRT end stations are south Hua Lamphong and North Bang Sue – are located close to the main railway Bangkok stations. From station Lat Pharo go to the terminal of the old Bangkok’s Don Mueang Airport, where most domestic aviation flights of the country.

Purchase Bangkokanado Underground Metro Tickets separately. They differ both physically and in time of action – on a one-time trip is issued a token that is valid in for not two but one and a half hours.

Inside the MRT cabin

The range of MRT ticket types is more diverse:

The cost of a single trip underground is slightly higher at the time of writing the article it was equal to 16 baht for a one-time trip. But the maximum price (from final to final) in the end is below – 40 baht. Discounts for children at MRT, cheaper tickets for them exactly twice. 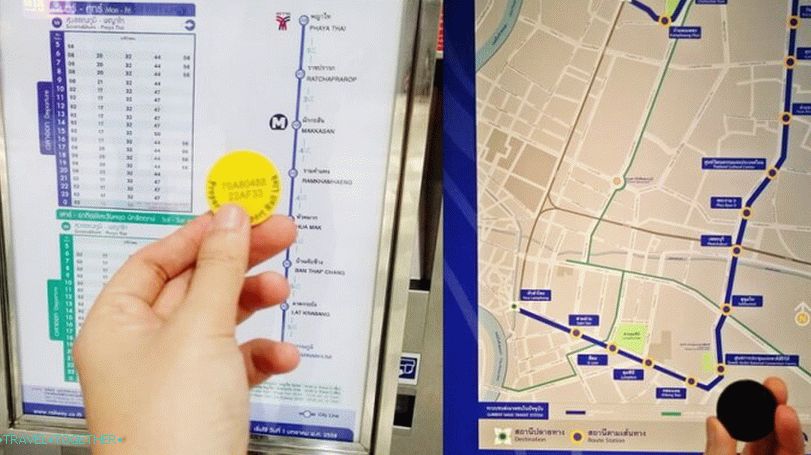 Accumulative Card (Stored Value Card) of the underground metro Bangkok does not give the passenger any monetary benefits, it is only eliminates the need to buy a ticket at the box office before a trip. It costs at least 230 baht, of which 30 is a fee for card issue. Of the remaining amount, 150 goes to pay for travel, and 50 remains on deposit, which is usually removed from fines. Card can top up a fixed amount of 100 baht. For children (under 14) and elderly (over 65) are cumulative cards, sold at a reduced rate.

It gives the passenger the right to use the metro from the moment it openings (at 6:00) before closing (at 00:00). Its cost begins from 120 baht. Don’t assume that you can ride with him all day, not rising to the surface. One ride must not exceed 90 minutes Otherwise, you will be fined 40 baht. Although go out and then again you go nobody forbids. 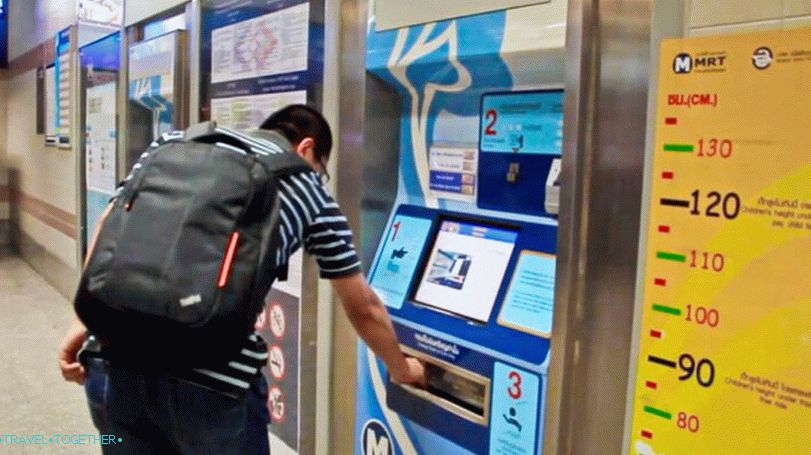 Subscription for 15 and 30 days

The rules in force on the underground line metroBangkoka, those same as above ground. The ticket is presented at the exit. If a a one-time token is paid to another station by distance (even closer), you will be released from the Negone. Cumulative Cards Money for travel are removed at the exit (do not forget to attach it to the reader on the turnstile). Duration exceeded travel over 90 minutes is punishable by a fine of 40 baht. This time enough to drive the entire dark blue line from the end to end.

Bangkok Airport Subway (go to website) for those who gets from Suvarnabhumi airport on their own. After a quarter hours you will be in the center of Bangkok. The whole trip from the air port to station Phaya Thai is 45 baht. One distilled 15 baht (Actual prices can be calculated on the official website). Tickets sell machines that are at each station. There are two type of lines: 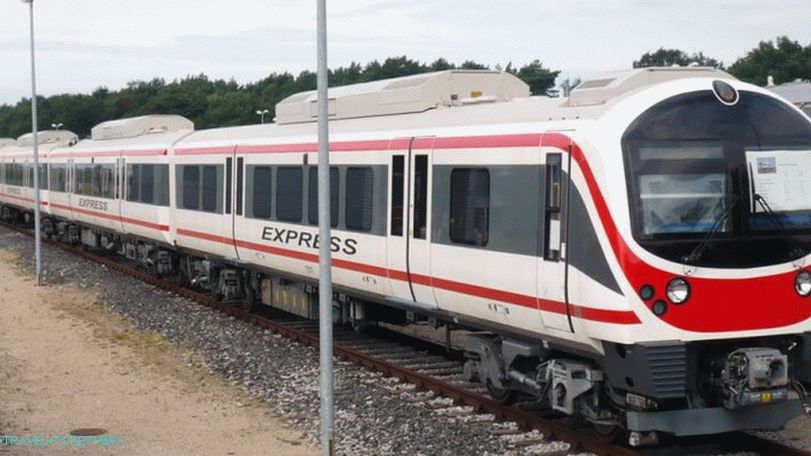 Bangkok
For the first time in my life I saw the aquarium in Kuala Lumpur.

Bangkok
Almost every day we are asked about what is happening in Thailand, is it
Leave a Reply Cancel reply
Recent Posts
Categories
Recent Comments
Archives
This site uses cookies to store data. By continuing to use the site, you consent to work with these files.