The capital of Thailand – Bangkok is almost equidistant from all corners the country and is the largest transportation hub. Within this metropolitan area located two airports – the old Don Muang and a new one, Suvarnabhumi. As well as Hua Lamphong Railway Station, three official bus stations and plus three more commercial boarding site Therefore, to answer the question: “Where can I go from Bangkok “is both simple and difficult. Therefore, in article we will describe the closest directions, which can be reached by by bus or car in just a few hours. 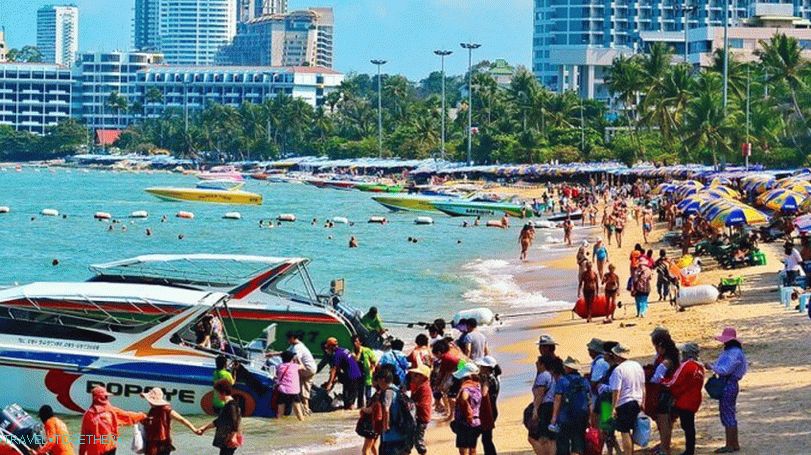 If you decide to go from Bangkok to the sea, then this is one of most popular destinations. Pattaya is not only a city, but rather, a resort area stretching along the coast of Siam Bay for a good hundred kilometers. Its worth is maximum europeanization and very reasonable prices for everything: food, lodging, entertainment and shopping. Unfortunately, the sea is like the main purpose of the trip, here is not too clean, so more it would be right to call this journey “go from Bangkok to beach “. And it really will not disappoint you. Read more, how to get from bangkok to pattaya Many tourists are interested in which islands to go from Bangkok If you move from Pattaya to the south-east, towards the Cambodian border, the first on your way will be Koh Samet. It will suit those who want peace and quiet. Small in size a piece of sushi will quickly bother people active and prone to adventures

Therefore, it is better to continue on and continue to Koh Chang, the second largest island in the country. Its beaches stretch to several tens of kilometers, and the tourist infrastructure developed much better: it is possible to choose a hotel, restaurant or bar. There are many Thai massage salons in Koh Chang, entertainment of varying degrees of extremity is offered and where go shopping. Read more about how to get from Bangkok to Koh Chang. If you are interested in a non-trivial answer to the question: “Where to go from Bangkok, “- then head west to Kanchanaburi province. There are two reasons for this: the virtually untouched nature on the border with Myanmar (Burma) and the place where the events of the film “The Bridge Over River Kwai “. On this border waterway you can live in bungalows on stilts, and also see the so-called Death Railways, who built prisoners of war the British during the Second World War of war. Lovers of ethnographic tourism will remember, for example, excursion to the village of long-necked women. Trip to kanchanaburi quite a popular venture among tourists, it is organized many agencies, but you can do it yourself. No less interesting will be a trip to the north. At seventy kilometers from Bangkok is the ancient city of Ayutthaya, the authentic capital of the kingdom of Siam. It is the largest in Southeast Asian historical monument under the open the sky. Full day excursion in exotic ruins leaves indifferent. Go there for a short time, just two hours a municipal bus that stops at every palm tree. Faster can be reached by rental car, and the most comfortably – on the train departing from the central station Bangkok Another possible trip from Bangkok with the aim of initiation to the history of civilization on the Indochina peninsula. Angkor – ancient city ​​state, founded in ancient times by the Khmer he is in Cambodia, so the trip is doubly interesting. is he comparable to Ayutthaya in size and historical value, however preserved unlike better.

In this direction, from Bangkok buses run daily. Go about nine hours to the city of siem reap. Better if you are on this Scroll trip at least two days.