Sirmione – a city in the province of Brescia in Italy on a picturesque lake Garda Sirmione can rightly be called the pearl of Lombardy and one of the most popular tourist centers of Northern Italy. The historic center of the city is located on a peninsula that is like crashes into the lake. Sirmione will conquer you with its picturesque nature, interesting sights, relaxing atmosphere and delicious cuisine. 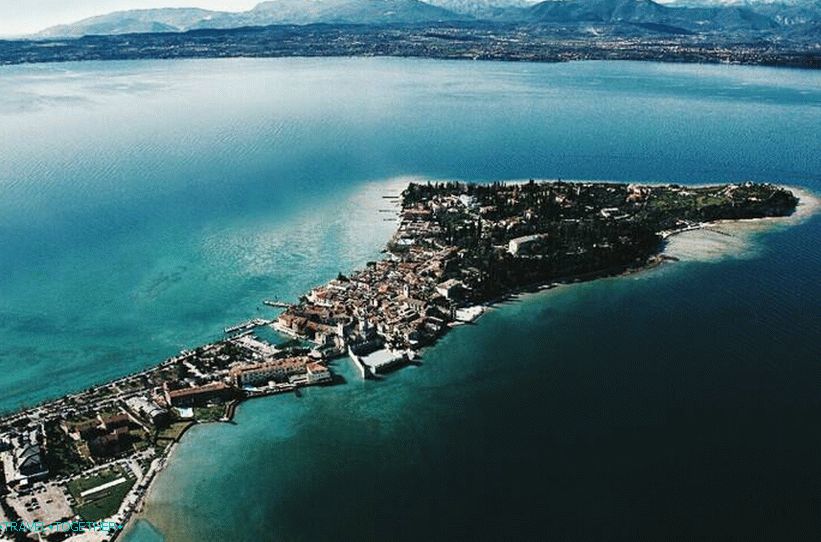 Sirmione is an important transport hub of Garda. If you follow on car, this is the A4 motorway of Turin-Venice – exit Sirmione. Not the problem is getting here by train or bus from most Italian cities. Schedule and tickets see here. -http: //www.trenitalia.com/ 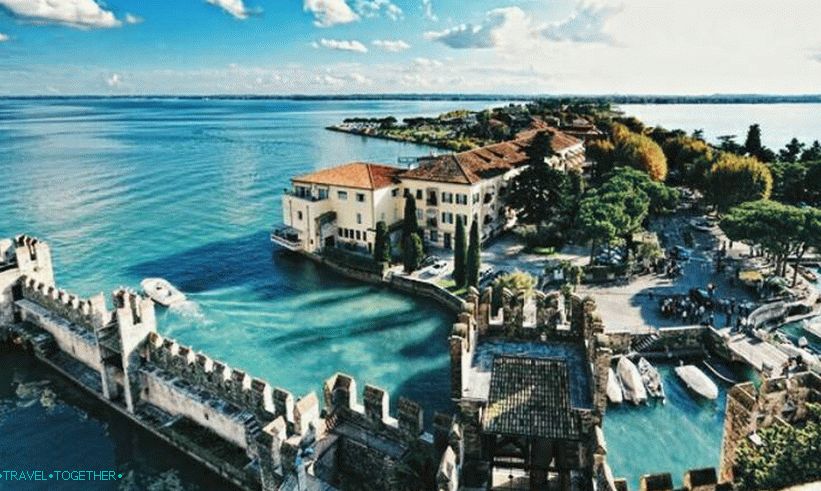 The territory of Sirmione and the coast of Garda was settled already in bronze age. And the Romans turned the city into a place of rest. 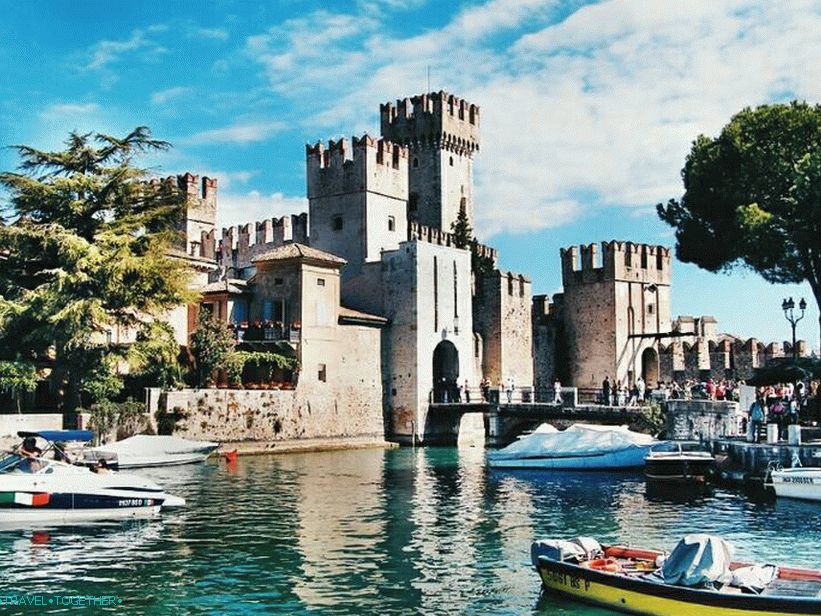 The landmark attraction of Sirmione is the water castle. Scaligers. Built in the 13th century in the lake harbor, it is a true outpost with powerful walls and towers connected by stairs and transitions. The highest tower is 47 meters. It is located on viewing platform. Previously, the entrance to the castle was defended by a suspension bridge. AT The present bridge is permanent. It connects the historical center and new areas.

Bridge through the lake channel in Sirmione

The castle used to serve as a fortified port for Venetian flotilla. It should be noted that the walls protect almost the entire harbor, and the castle itself is unique construction for Europe.

Other famous landmarks are the Grottoes. Cattula. 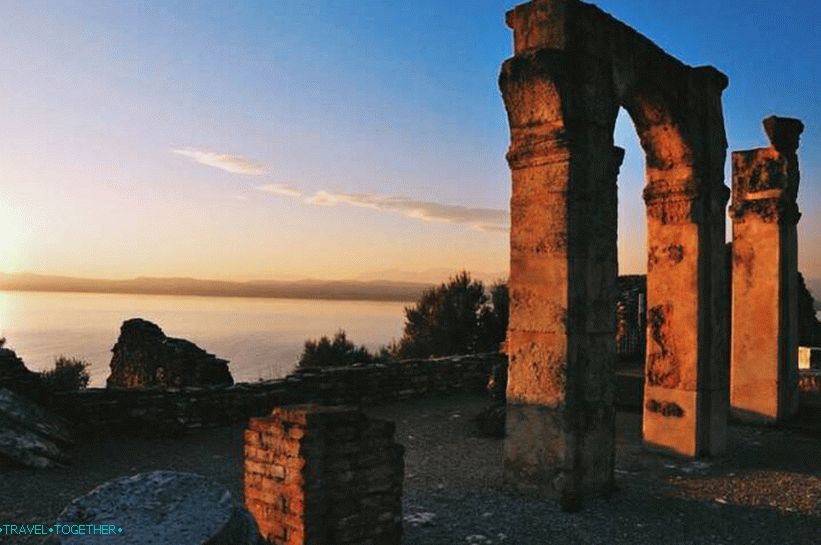 Cattula’s grottoes are a complex of ancient ruins at the very end. Peninsula, built in the period 30 BC. – 68 AD This is one of the largest antique complexes in Northern Italy, discovered in the 15th century. Grottoes they were called because before the excavation they resembled sea caves. This is actually an antique villa, which many associate with the ancient Roman poet Cattul, but there is no reliable evidence that he lived here.

Also in Sirmione you can find some interesting religious structures.

The church of San Pietro in Mavino is an old church built in Sirmione during the time of the Lombards. Although it was rebuilt in 14th century, but the interior has frescoes from the 12th century, as well as Romanesque bell tower of the 11th century. 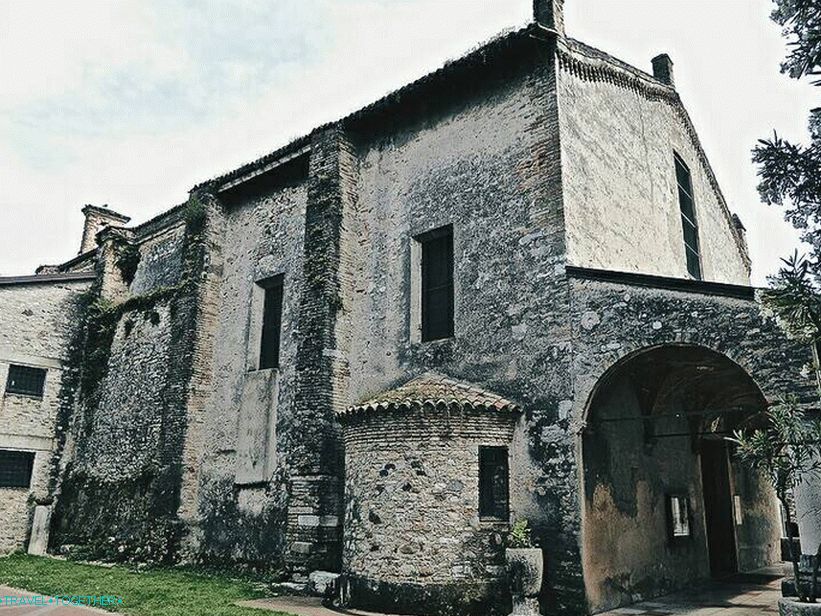 The church of Santa Maria Maggiore is another historic church in Sirmione, built in the 15th century with preserved murals 15 century. 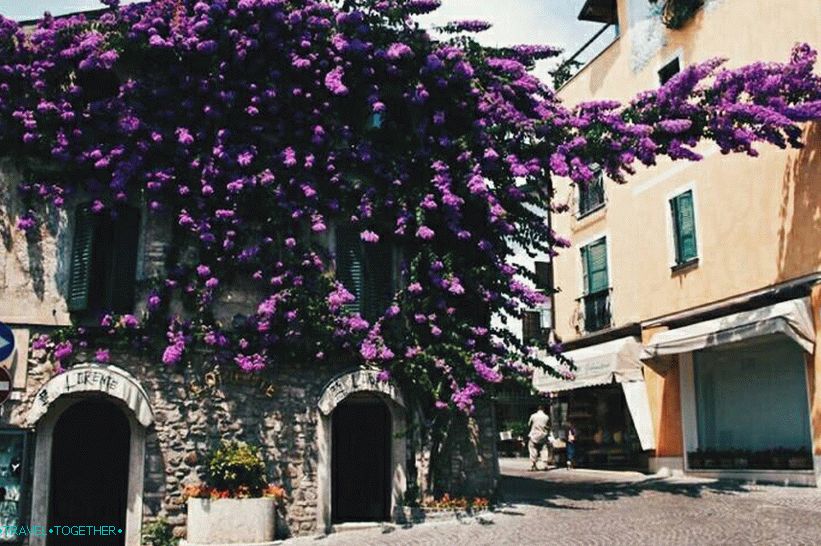 Passing through the bridge in the castle of Scaligers you can get on crowded streets of Sirmione. Here you can find many authentic shops, chic restaurants and delicious pizzerias. AT In general, all for a great vacation and shopping!

Sirmione on the map of Italy