At the very foot of the French Alps is one of their most wonderful cities of France – Grenoble (Grenoble) – the capital of the department of Isere. Such its location contributes to the fact that the city is favorite place of climbers coming here from many others countries of the world. Our impressions of Grenoble.

The climate of the area plays a significant role in this – moderately continental where the temperature in winter does not fall below 10 degrees, and in summer it does not rise above 35. Grenoble, in the opinion French writer Stendal – a city where every street of his ends with access to the mountain peaks.

A bit of Grenoble history

The history of the formation of the city of Grenoble begins in the 3rd century, during the times of the Roman Empire when allobroges (allobroges) (representatives of the Celts) erected on the site of the current city Kularo settlement, which in the 4th century changed its name to Gratianopol (Gratsianopol) (after the name of the then Roman the emperor). After the collapse of the Roman Empire, the city was located in the rule of the Burgundian kingdoms, which lasted until 1032, until the city became part of the Holy Roman Empire. 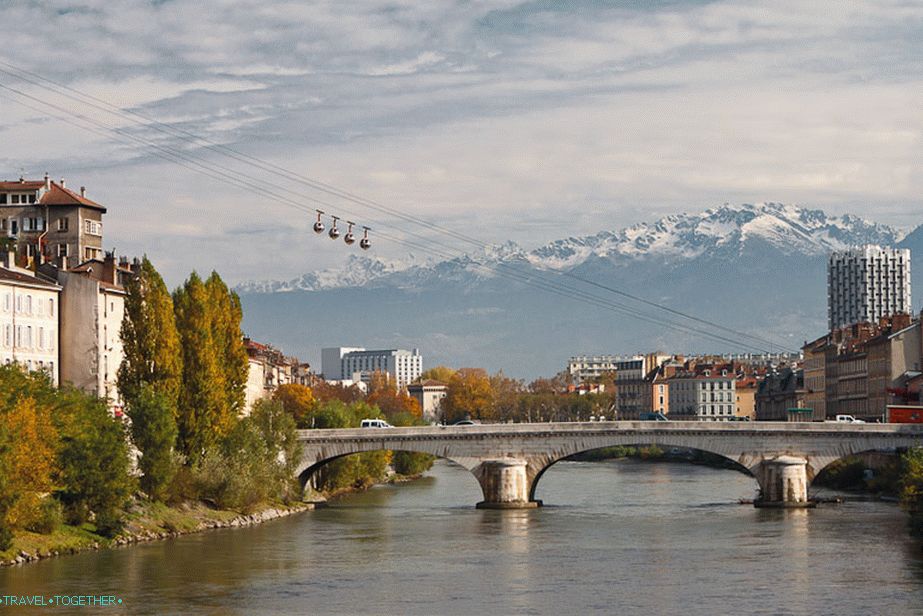 Teleperic Grenoble and the French Alps

It was only in 1349 that this land was sold to France, becoming center Dauphine (Dauphine), which is still there, having survived, in due time the war of France against the dukes of Savoy, the Italian wars and world wars, becoming a fortress and a springboard for defenders of the motherland. It is therefore not surprising that the sights of grenoble city are, above all, a series of ancient fortifications (Bastille) on one of the mountain peaks, and also the museum of Grenoble, which contains rare exhibits on the history ancient Egypt, Greece and Rome. 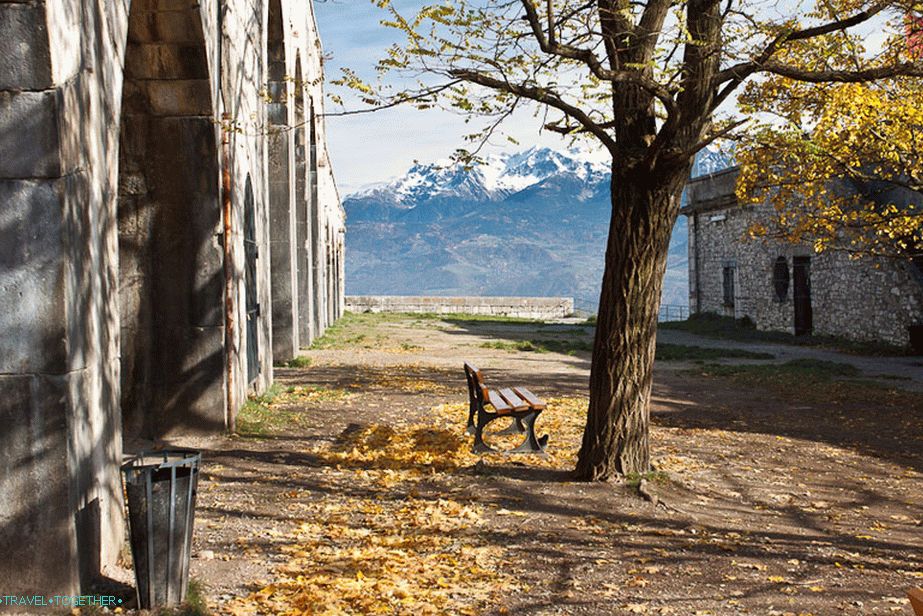 Not to mention also the Museum of Archeology Saint-Laurent, located in the church of the Benedictines, dating from the 12th century.

But not only the military and archaeological heritage of the rich city. Today it is, above all, a scientific and university center. AT The city has 3 universities occupying an honorable place in overall ranking of all universities in the world. It:

It is impossible to ignore the Commissariat for Atomic Energy and Laue-Langevin Institute, where the nuclear research reactor and the most powerful source of synchrotron in the world radiation. 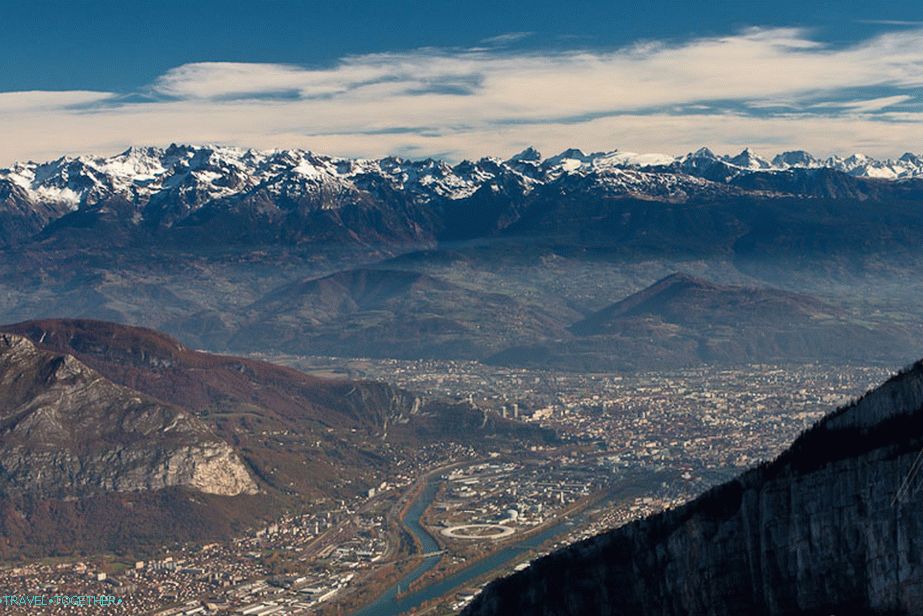 The city of Grenoble and its collider far below

If you are interested in the miraculous sights of Grenoble, then you a direct road to the mountains. We went on a small day trip. on the Alps and were very pleased. Beautiful views, sunrise sun on the mountains and clouds, fresh air, forget very complicated.

Where to stay in Grenoble

Hotels in Europe are better to book in advance and Grenoble is not exception, so I will recommend you or, one is cheaper, the other more expensive, but both are good.

We at one time, these hotels for themselves were selected to be, Where to stay. But in general in Grenoble is full of other housing, find the service is not a problem.

One is cheaper, the other is more expensive, but both are good. And the Bastille there near at all. Do not forget to check discounts on Roomguru service, where you can see prices for the same hotel in different systems reservation. On the example of hotels above:

FRANCE
Bridges of Paris – detailed information from the photo. TOP 10 most interesting and
Leave a Reply Cancel reply
Recent Posts
Categories
Recent Comments
Archives
This site uses cookies to store data. By continuing to use the site, you consent to work with these files.