Originally, King Rama VI built the Palace on Chao Beach Samran (Hat Chao Samran), but the final result was unhappy and decided to demolish it and build a new teakwood with Cha-Am Sea View The location turned out to be very convenient, so Kak Cha-Am is connected to the Bangkok by the Thai Railway, and the area is surrounded by a mangrove forest in which fresh sea air prevailed. 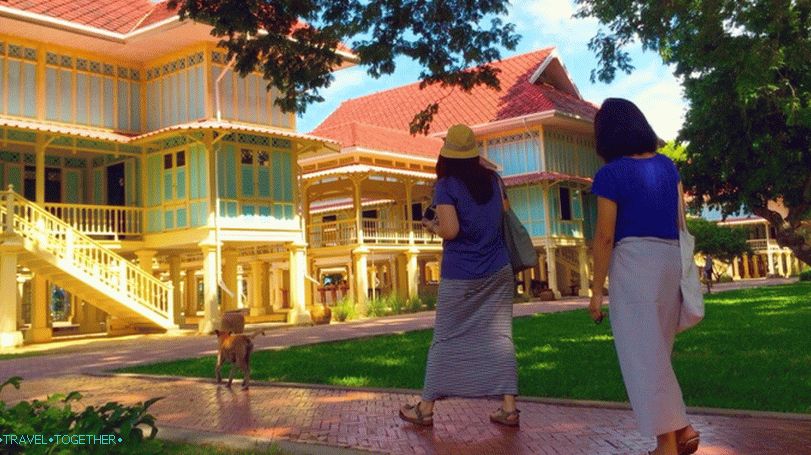 The Royal Palace at Hua Hin is built primarily on pillars and completely made of teak wood. Its very attractive architectural style is completely different from others Thai palaces.

The overall design of the Teak Palace in Hua Hin was designed by the A king in which high ceilings were provided for good ventilation and niches filled with water at each pillar. This was made to scare away ants. To complete the project, The king was hired by Italian architect Ercole Manfredi. 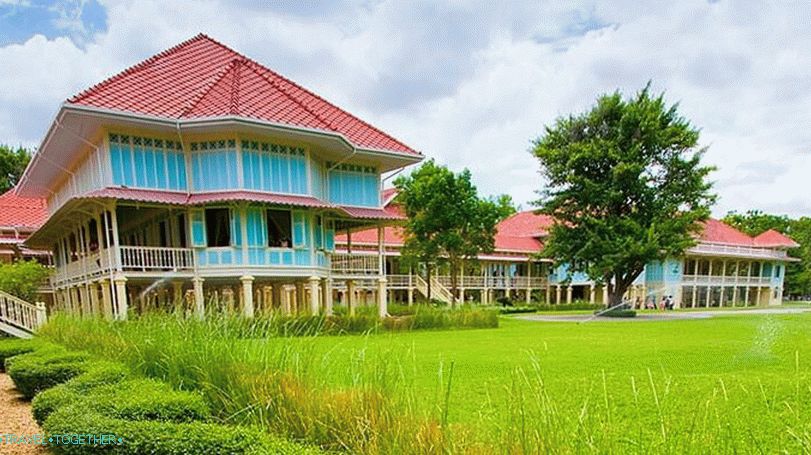 King Rama VI used the Royal Teak Palace as summer residence for themselves and members of the royal family up to his death in 1925.

Description of the Teak Palace in Hua Hin

The Royal Palace at Hua Hin, which is also called “Palace of Love and Hope”, consists of three sections, interconnected by long corridors. One corridor connects to the beach, the second to the King’s private room and the third to Women’s section of the Palace:

After the death of the king in 1925, the Teak Palace in Hua Hin stayed empty. Nowadays it has been completely restored, now This is the main attraction of the city. Heed is still possible see some of the King’s furniture, including, his writing desk with pencils and papers, as well as a sofa and a bed. 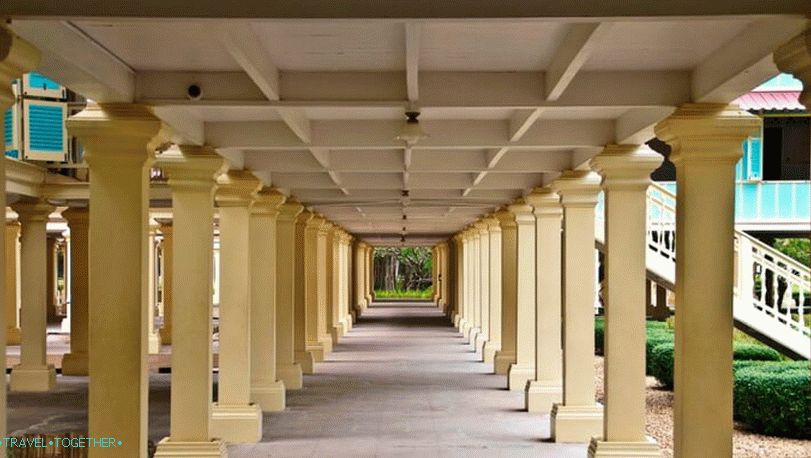 Walks around the Teak Palace in Hua Hin will give you a certain idea how the royal family lived in the 1920s years.After visiting the Palace, you can enjoy a walk along a nature trail surrounded by mangroves.

The Royal Palace at Hua Hin can be visited every day, except Wednesdays from 8 am to 4 pm, on Saturdays and Sundays until 5 pm evenings Until recently, the entrance cost 60 baht per person. In The palace has a certain dress code: indoors is in shorts, short skirts and T-shirts, first you enter can offer sarong. Also, at the entrance to the Royal Palace have to take off their shoes (this is an ancient Thai tradition when entering premises). You can put your shoes in a bag of cloth, which issued right by the stairs, you have to carry it with you all the way. exit.

Shooting inside the Teak Palace in Hua Hin is prohibited. Also for studies of the terrain and the surrounding mangrove forests rent bikes.

How to get to the Royal Palace at Hua Hin

The Royal Palace is located almost halfway between Cha-Am and Hua. Khinom in Petchaburi province, about 10 kilometers south of Cha-Am and 15 km north of Hua Hin in King Rama’s military camp Vi. Here you can easily and quickly get on any Thai taxi or tuk-tuk. Between Cha-Am and Hua Hin runs shuttle buses. orange color that can stay at tikovogo Palace upon request of the passenger. From Bangkok, you get to like a taxi (it takes about three hours) and by train from Hualamphong station to Cha-Am, and from there on a tuk-tuk.

If after seeing Hua Hin attractions you planning to continue your trip to the capital of Thailand, be sure to visit Bangkok’s oldest royal palace, construction of which began in the distant 1782 under King Rama I. Currently, this palace complex is the soul and the heart of the entire Thai kingdom, a Buddhist pilgrimage site and a popular tourist attraction.