Roman Forum – detailed information with photos. Everything Forum attractions, how to get there and location on the map.

The Roman Forum is the heart of the Roman Empire, the main political and community center of ancient Rome. Represents a rectangular square, which is surrounded by the remains of ancient buildings and temples. Roman The forum is located in the valley between the Capitoline and the Palatine hills. in the center of Rome. 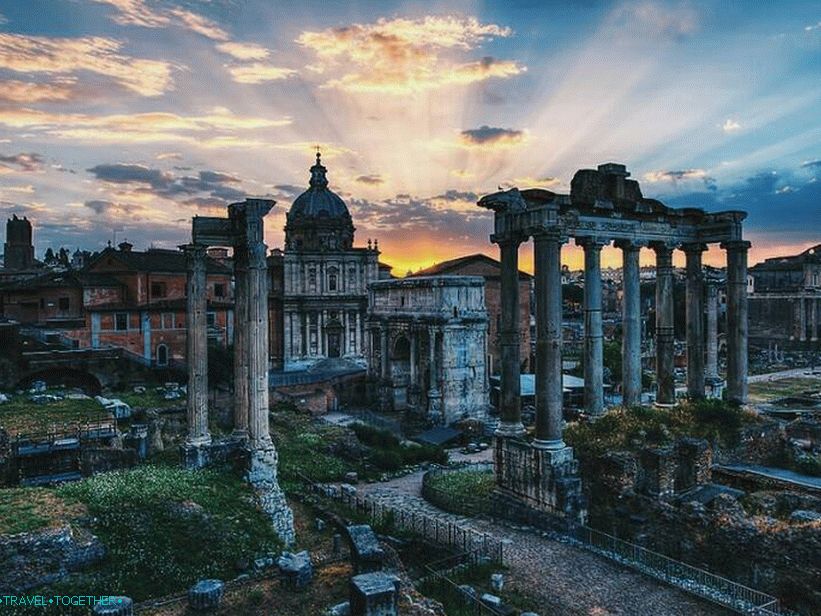 Initially, the place of the future Forum was not populated and swampy and used for burials until almost the 8th century BC Settlement in mainly developed on the nearby hills. Scale reclamation and drainage work was carried out in the time of the king Tarquinia. The future Forum has become a market and venue social events and religious holidays.

In the republican period, the Forum turned into a political and economic center of Rome. Also, the forum has acquired a new look. Were new roads were laid, new buildings were built and magnificent temples, and politicians put monuments in their honor. 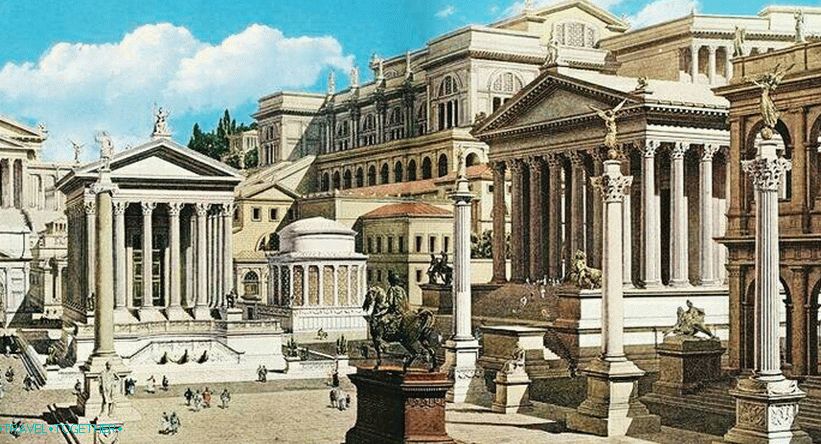 Reconstruction of the Roman Forum

In the 5th century AD, the Forum during the invasion is ready and vandals strongly destroy.

In the early Middle Ages, with the advent of Christianity, steel built temples.

In the 8th century, the Roman Forum completely lost its meaning. Magnificent buildings were used for household needs and construction of new buildings. In the middle of the 9th century, a strong earthquake damaged most of the old roman monuments. Over time The forum has been completely abandoned. It even got to the point that which was the center of a great empire, herded cattle.

Scheme of the Forum: all attractions, entrances and exits 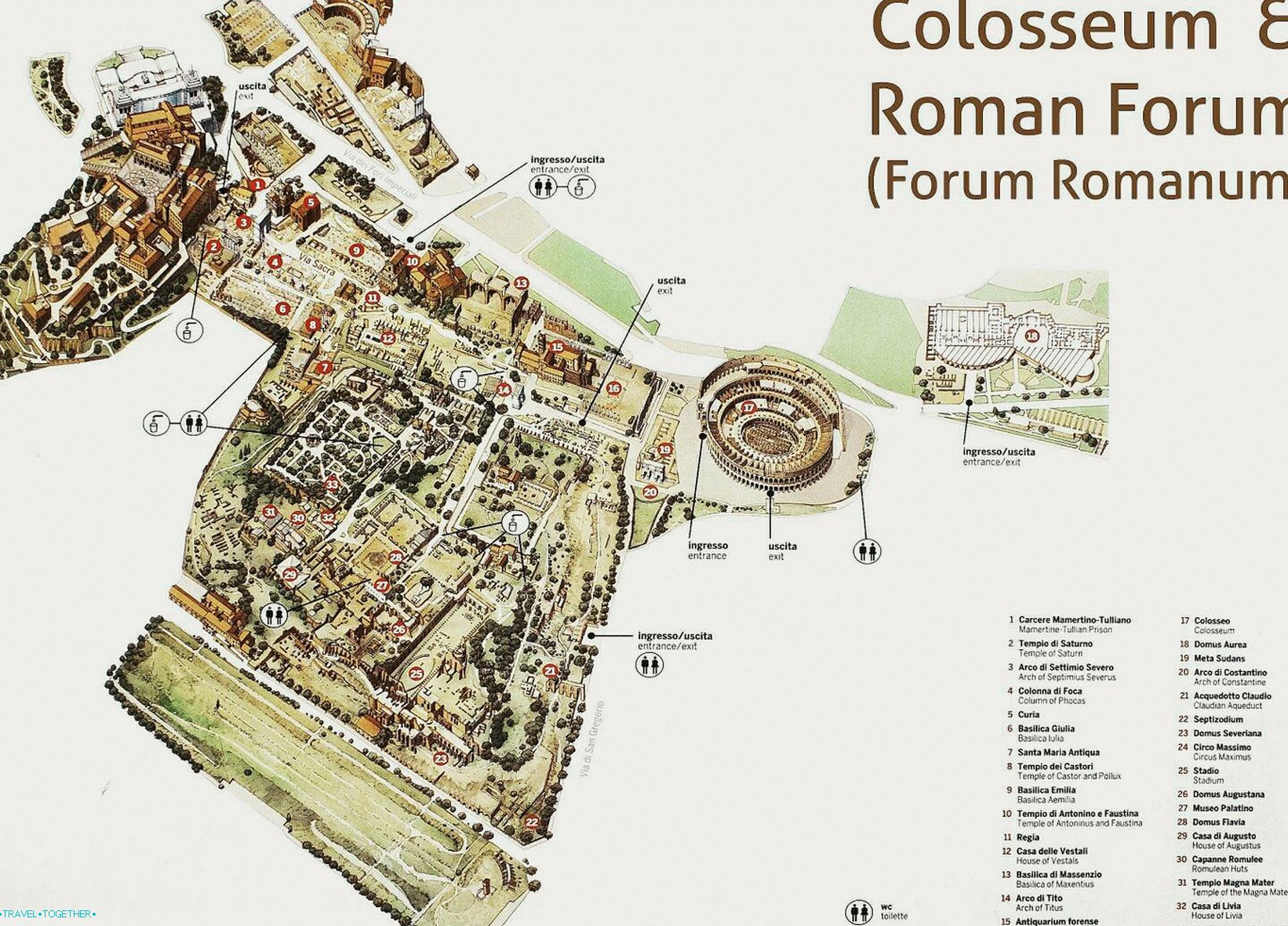 Description of the most interesting sights of Rome the forum

The temple of Saturn – one of the oldest temples of Rome, dedicated to God Saturn It was built in the 5th century BC. In the republican period it also kept state treasury and financial documents. 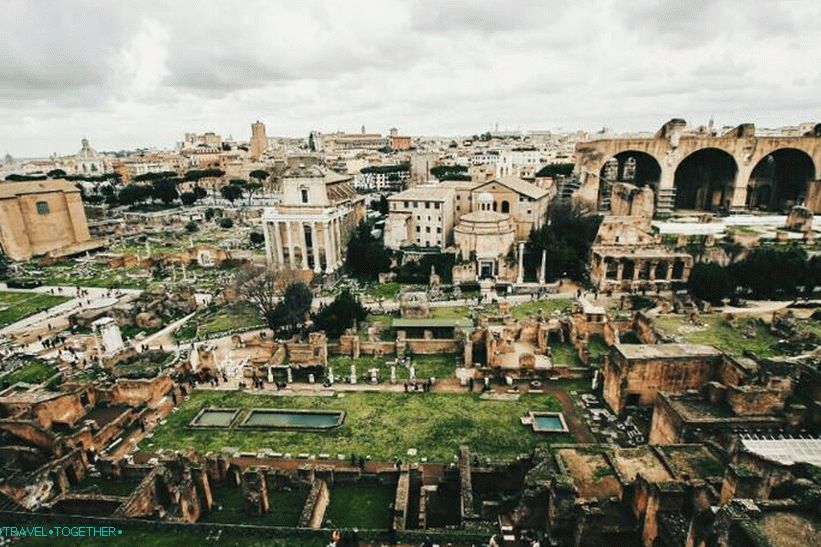 The Triumphal Arch of Septimius Sever – a beautiful arch with three spans, built at the beginning of the 3rd century AD in honor of victories the emperor and his sons.

Column Foka – Corinthian column of the beginning of the 7th century.

Curia is the seat of the Senate and one of the best surviving buildings of the Roman Forum. It is also called Curia. Julia, because it began to build on the orders of Gaius Julius Caesar. First Curia was Gostilia, but how it looked and where it was located exactly not known.

Regia – a structure that is the residence of the kings of Rome. One of the oldest buildings of the Roman Forum.

House Vestalok – the residence of the priestess of the goddess Vesta, who associated with the home. Nearby is the Temple of Vesta, which kept the sacred fire, and kept in the cache empire symbols.

The arch of Titus – the triumphal arch of the 1st century AD. in honor of the emperor Titus

The Colosseum is a symbol of Rome, a colossal amphitheater.

Temple of Venus – the largest religious building of ancient Rome. It was built under the emperor Adriana. This is a large temple measuring 107 x 55 meters, which stood on a high platform. 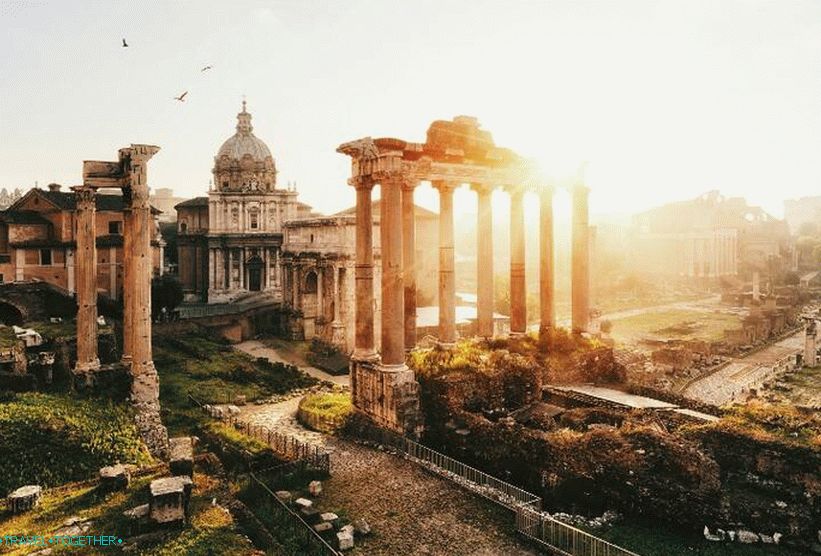 Forum on the map of Rome