Resort life is over, and we were turned out of the room. Now only a tent, independent travel and hitchhiking Turkey True, we did not immediately decide on this, since We did not have return tickets Istanbul-Moscow, and it was still possible fly back the plane from Antalya, put us on the tour. From understanding that you will need to spend another $ 200 on a return ticket, woke up a green creature and tried to resist the continuation our trip. But, by a strong-willed decision, we strangled the toad and resolutely moved from Kemer to the road towards adventure.

We were rewarded for such decisive actions. fast-frozen cargo Turkish gazelle. We were silently put in open body and we flew towards Antalya. It flew since we were driving along mountain serpentines at about 120 km / h. I felt themselves a sparrow, accidentally caught on the wing of the plane. Even eyes it was difficult to keep open when looking at meeting the wind.

Once in a residential area of Antalya, we realized that language barrier is a serious thing. The driver laughs at us, not I know for what reason, and took us to a friend, who seems to be spoke English, but could not help. Apparently not only language barrier, but the difference of mentalities affects. Well, not they wanted to understand that we are hitchhiking, and the bus station is not for us need that hitchhiking is romance and the bus is too much for us simply. After long negotiations, we still hit the track, Leading from the city.

After replacing 2 cars, we were near the airport in Antalya and more had time for our flight. But we are no less firmly drove on, with a guy who works as an animator and speaks good English language. He drove us to the city of Side, which is next to Manavagt, and told where to put the tent, thereby simplifying our task of finding a place. 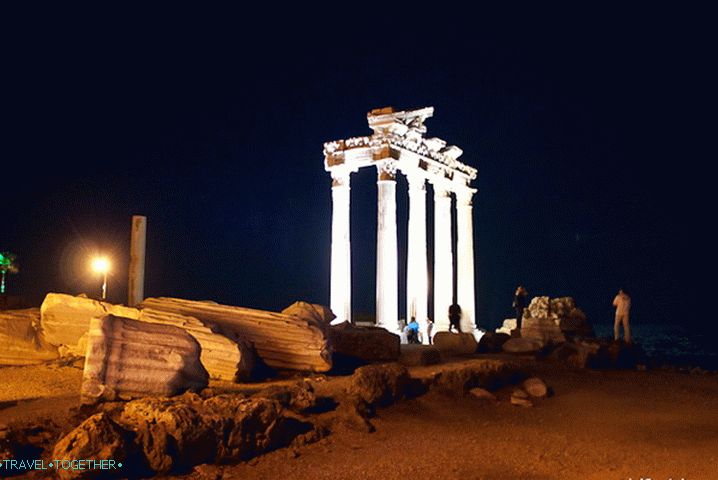 The remains of the temples of Athena and Apollo in the city of Side. 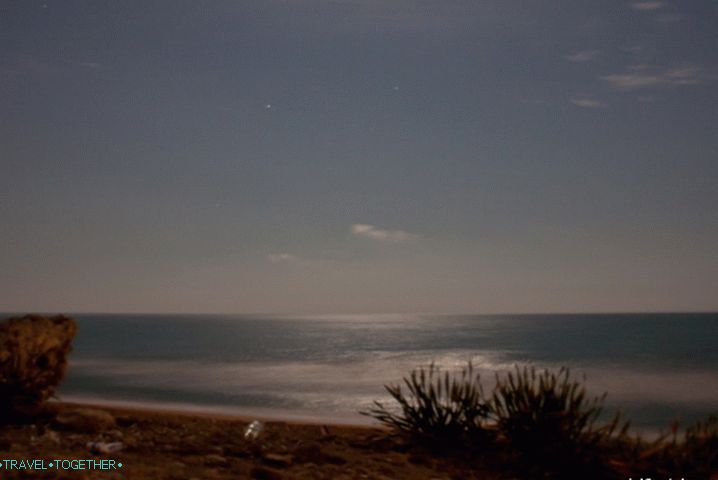 View from Side beach at night.

We broke the tent under the light of the moon. And they were able to rate this place only in the morning. Sand has opened to our gaze. sand dunes surrounded by ancient ruins. No, we saw of course that. everything is in the dark, but in the light of the day everything looked much smarter. Sea 100 meters from the tent. Sandy beaches and few people. The tale is simple. And the beach is free and there is a shower. Me I had the feeling that I was in Europe. 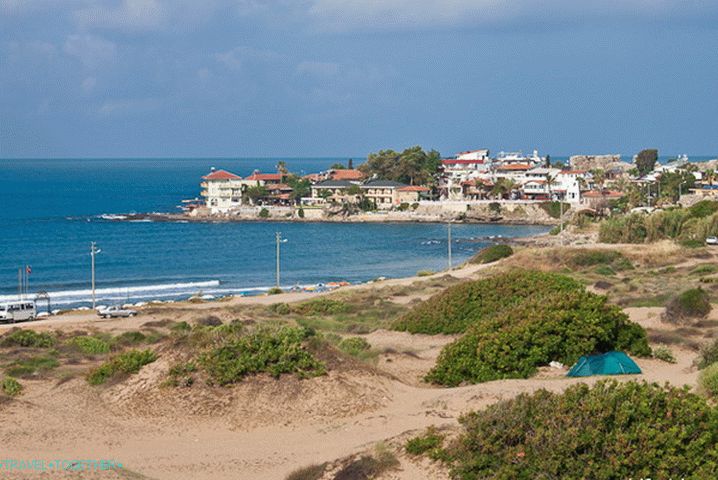 Rest in the city of Side. To Turkey is cheap! Near the town of Side. Turkey. 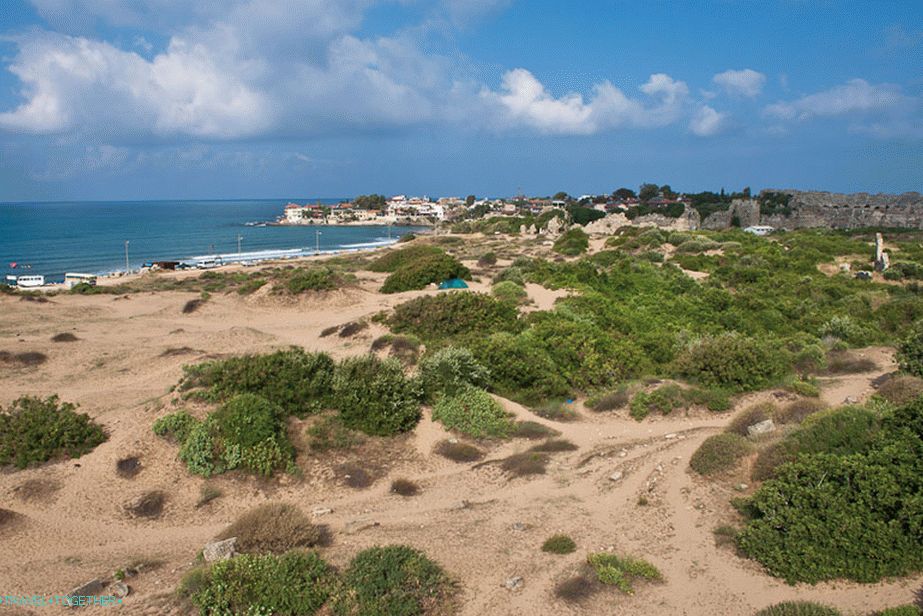 Sand and ruins, what else do you need? 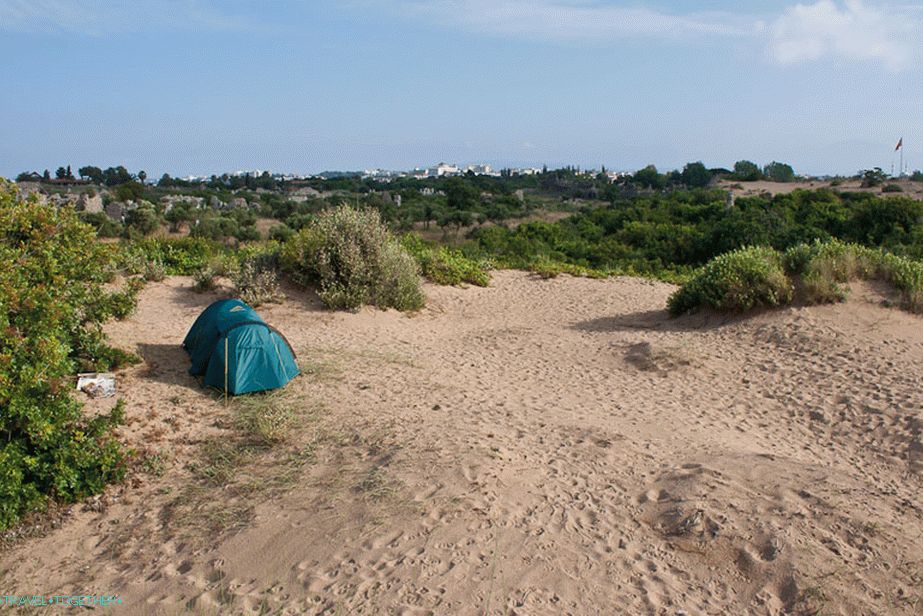 Good place for a tent

Side (Side) – a pleasant resort, the European type. European, because the low Side hotels and narrow streets create such the atmosphere. It also affects that few Russians and You hear English around. Turks speak good here too in English, which is quite convenient. Around the town and inside it there are the ruins of the old city – walls, amphitheater, columns. There are still existing public toilets with a system sewers and roman baths.

Amphitheater in the city of Side. The ruins of the city of Side. Turkey. 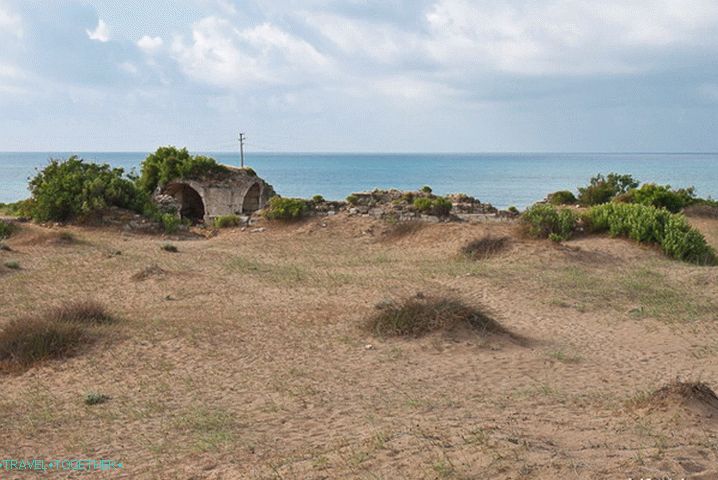 The beaches of Side in Turkey and the ruins on them. On the beach ruins

So for those who want something similar, a direct road to the city Side Not necessarily with a tent, you can and on tour to Turkey in Side, the truth is most likely not cheap Turkey. In the distance is a flag and a mosque 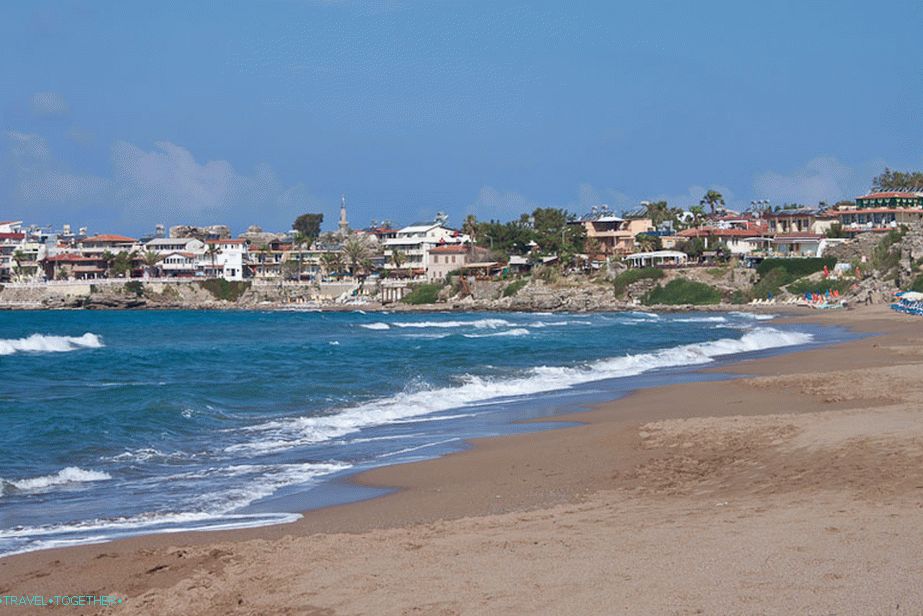 Very reminiscent of a European resort 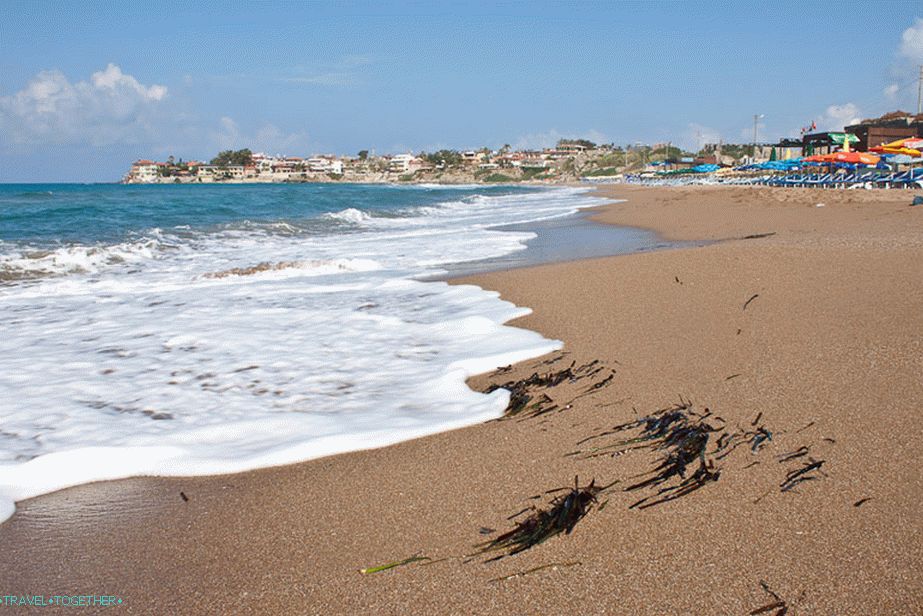 Resort Turkey. The beaches of the city of Side.