What do you associate France with first of all? Croissants, baguettes, frog legs, wine, Eiffel Tower, berets, accordion … Well, it’s time to replenish this list or even rewrite it.

Well, I will not tell, and so it is obvious to everyone that the French very friendly, polite and friendly. Easy conversation on the street. If they see that they need help, without thinking, they help. Or about the fact that by default everyone always greet and smile at stores.

I’ll tell you what we managed to notice, communicating closely with many inhabitants of this fabulous country and having the opportunity to observe their way of life until our independent journey through Europe on car held in france.

Features of the culture of France, as it seemed to us, manifest themselves for example, in the love of its inhabitants for antiques, ranging from small things and ending with old houses. 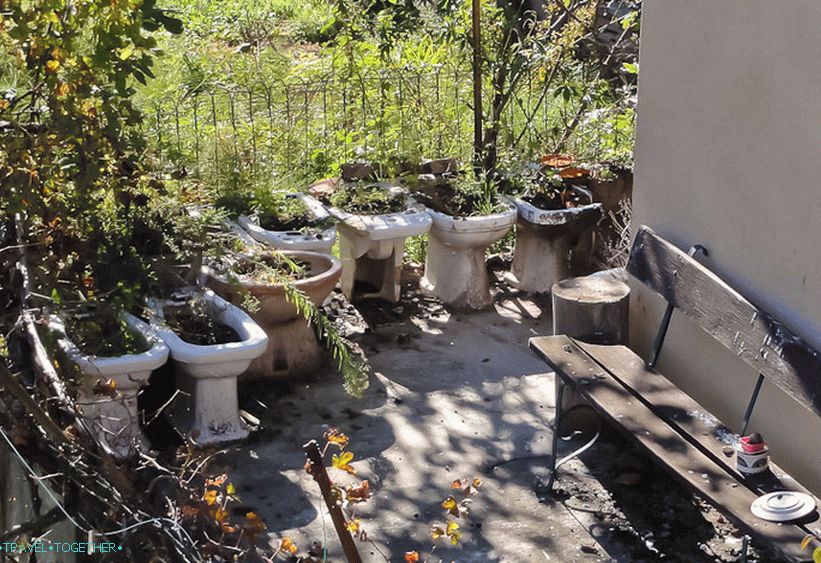 Unusual new use for old things 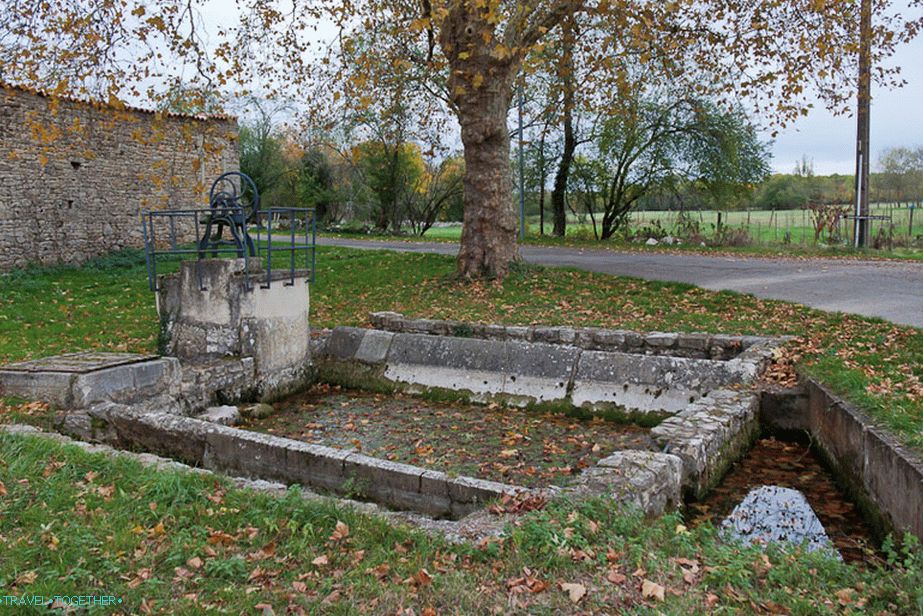 Locals care for all the ancient sites in surroundings

We were fortunate enough to live a few days with friends in an amazing home-museum where the whole interior is harmoniously decorated under old days I really wanted to wear a long dress and swim for this home, imagining himself in the century 19. 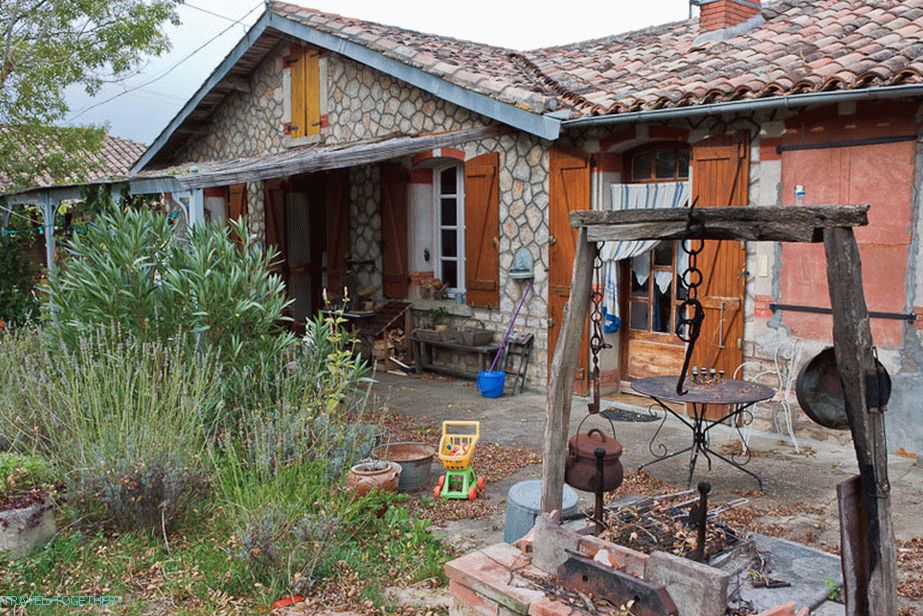 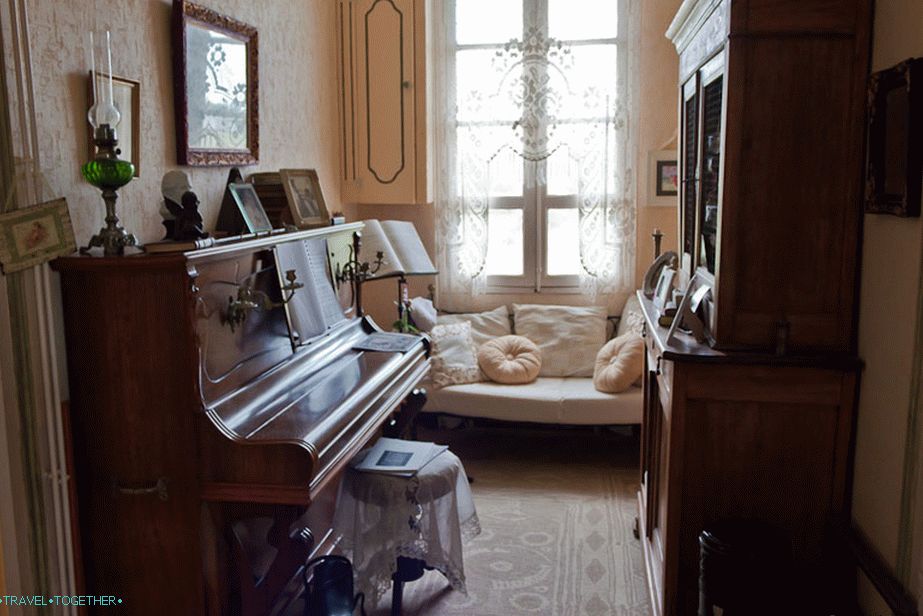 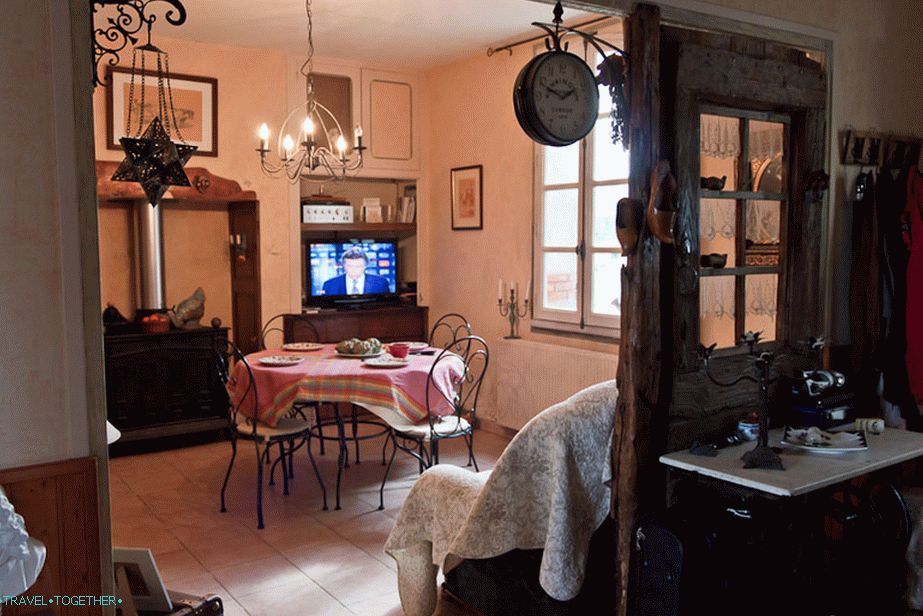 As we were told, in France, even if they want to build a new house, demolish everything except the outer walls, so as not to violate the integrity architectural ensemble of the street. And it also happens that the house looks like It looks very nice, because it is obviously old, but inside everything is very it is simple and it even happens that it has long been without repair, although it also happens on the contrary, the inside is as cute as the outside. And precisely because this desire of the French to keep all the old, it happens that There are whole toy cities with extraordinarily beautiful streets, for which my aesthetic feelings are very grateful to this nation. From the old house left one wall In the old house are new plastic windows – and all harmoniously There are such old houses on the streets of France. 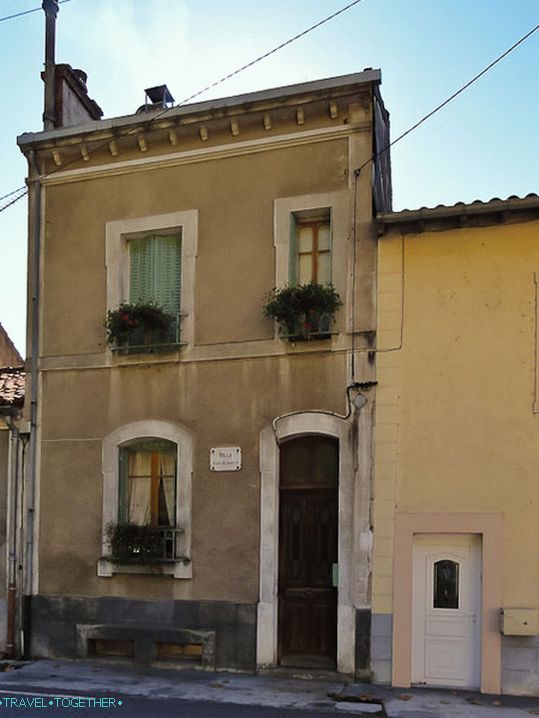 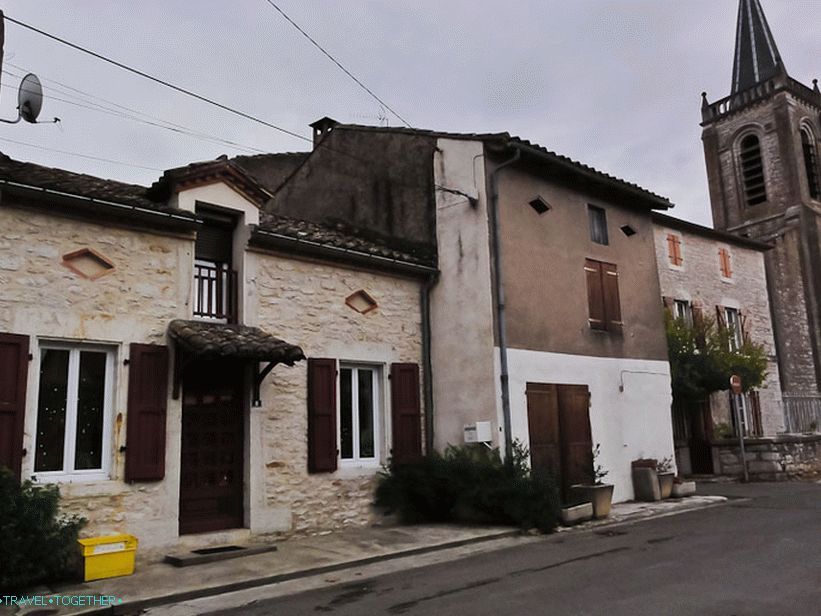 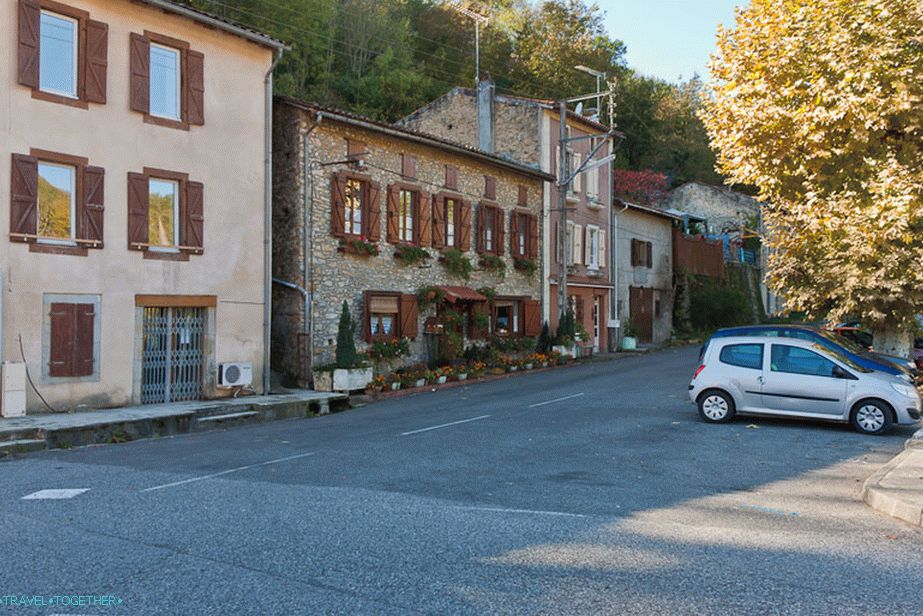 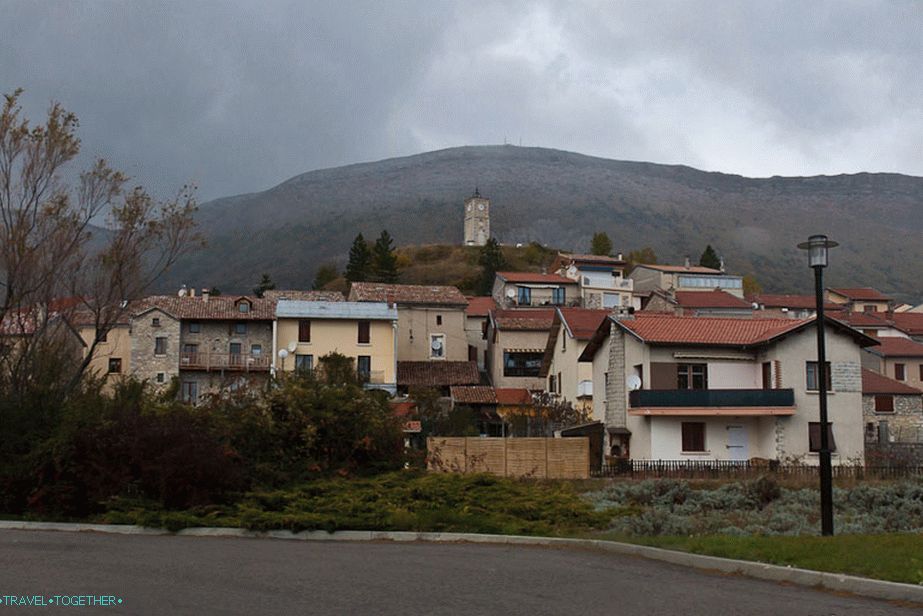 Toy Town in the South of France 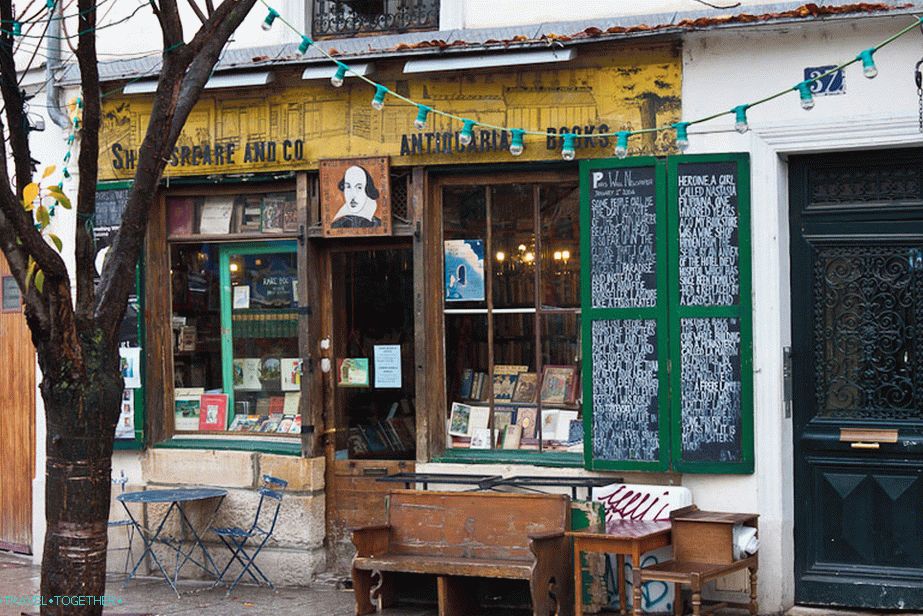 Several times it turned out that we drove into small French towns in the evening hours of 9-10, and there was a feeling that the city is just empty. On the streets almost no one, but due to the fact that all houses have shutters closed, there is no usual glow from windows and, it seems that no one or everyone has been sleeping for a long time. Unusual feeling Shutters on the windows – a very typical phenomenon in France

In France, as we understood, everything that is original is very popular. Hand-made crafts (jewelry, bags, scarves, etc.) are used good demand, and people manage to earn good money on this. 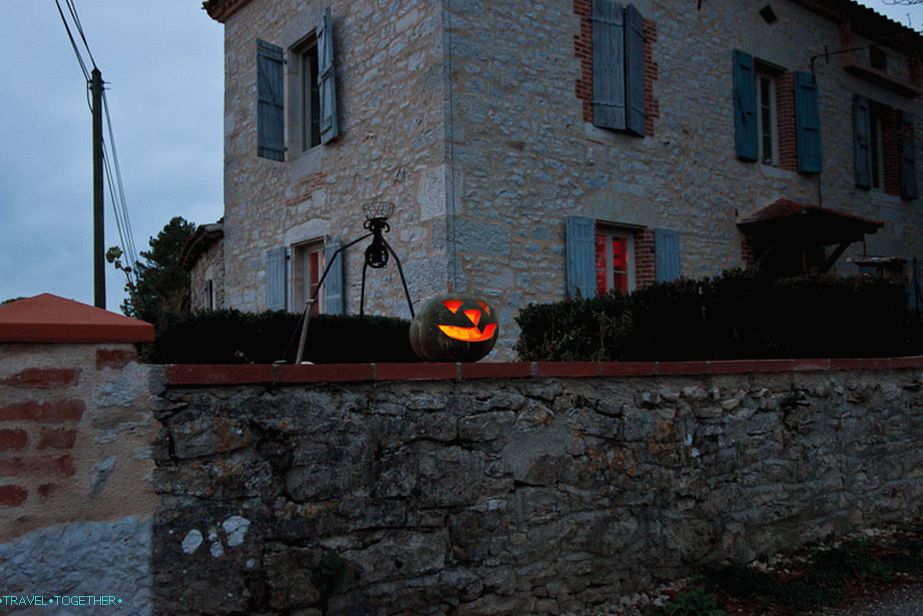 Here’s a funny example of a hand-made 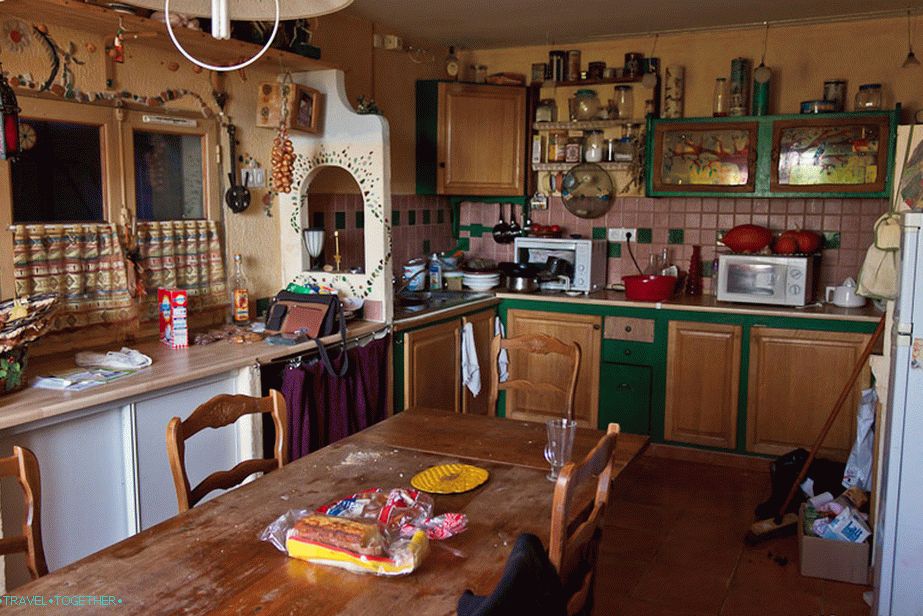 In this kitchen, a lot has been done by hand.

I do not know whether this can be attributed to the peculiarities of the population of France, but we noticed that the French attached quite a lot to food. Almost always and everyone is genuinely interested in what you are today. had dinner and what was for dinner? And they cook, of course, excellent! We visited several French families, and each meal was almost royal. At the same time, we have always forgotten what to eat until dumps should not be, because at the end of the tradition as a dessert there will be cheese, and not one! One of the most delicious dishes we tried in France

There are a lot of cheese in France. I’ll even take it upon myself courage to say that these are some particularities of culture France. According to unverified data there are more than 300 species. And it is not just yellow semi-hard cheeses like ours, they are of different colors, different consistency, different smell, age, and of course – taste! Some of the cheeses are so hard that they are thinly sliced. a special fixture, some so liquid that having opened a pack, they can be eaten only with a spoon. Cheese can be generally write a separate article, but it’s best to just try them. I write, and right as much as saliva flowed. And now I can already with confidence to say: no, the French are not frogs! These are raw foodists, syromany, syrofanaty! For a variety of French cheeses you can sell your soul. This cheese is considered a great delicacy, but we could not there is

Well, bread is also a separate song. He is eaten a lot and varieties of it also Nemer. Only he is all predominantly white, and eat it mostly fresh, and if he succeeded linger in the breadbasket for a couple of days, then before being served to the table, it is heated in the oven. On the street very often one can observe such a nice picture: a Frenchman, chewing on just now bought baguette. Well, about the fact that the French love to sit in a cafe on the streets and so everyone knows. 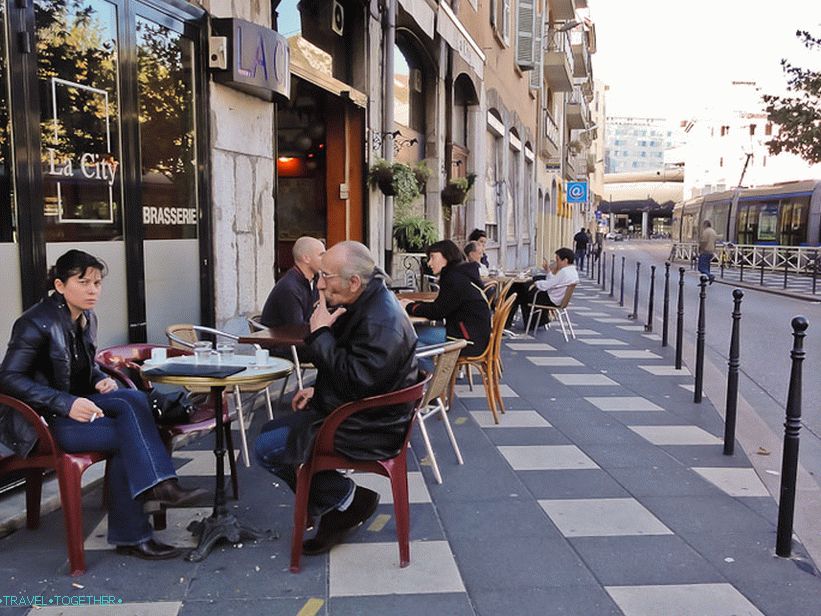 French – lovers to sit in a cafe

We were pretty surprised at how advanced technically, the older generation in France. Our peers parents and older people blog, chat with friends via Skype and facebook, many have touch phones.

Maybe we were just so lucky, but most of those we met us the French somehow work for themselves. Either this is your theater, either it is a master collecting window furniture, or a taster in restaurants, or garden designer, or people generally have their own private small enterprise. And all these classes allow you to conduct decent financially life.

We have not met a single Frenchman who somehow does not would talk to us about politics. Of course now it is very sore subject in connection with the attempt to adopt a new law on pensions, but, nevertheless, a lot of talk about the upstream. Sarkozy is compared to Napoleon and Hitler. But this is already quite other story…

If we talk about the peculiarities of the population of France, well, can not not to mention the crowd of Arabs. And the south of the city, the more of them. how Our familiar resident of Marseille explained to us: the southern climate is closer to them, so they flock there. In the evenings in big cities stroll noisy tipsy companies of this very nationality, from which it is not clear what to expect. You somehow know your face, you know, whom it’s better to get around, but here it is not clear. But we are with such a company faced only once, in Paris at two in the morning, and the guy at this decided to help us find the hotel. Arabs on the streets of Paris Arabs on the streets of Paris

Oddly enough, the driving culture of the local population is very similar to ours. Often do not include the turn signals, passing on red, pruned, although, of course, not as shameless as in Russia. But, just like us, headlights warn about “traffic cops” nearby. Such traces are strikingly frequent.

It may be bold to say so, but it seemed to us that despite all the cultural and national characteristics of France, she very similar to Russia. Take our old lady, make her plastic surgery, or just nice makeup, start it feed as it should be, and help when needed, and she too will become country of love. But seriously, we would just have more order, better social support and a higher overall standard of living, and we we will become the same French, smiling, attentive and polite. At least, I really want to believe in it …

P.S. The article was too big, so how the French live, about their conditions and standard of living I will tell in next article.