Colosseum in Rome – a detailed description of the photo. Interesting facts about Colosseum and location on the map.

The Colosseum is a grand amphitheater in Rome, one of most famous buildings of antiquity. This is a genuine character. The eternal city and one of its main attractions. The Colosseum is correctly called the Flavian Amphitheater – by the name of the dynasty emperors, when they built this community.

After becoming emperor after the despot Nero, Vespasian decided to consolidate its power. For this, he came up with an interesting move – to demolish the palace Nero (Golden House), which together with the park occupied 120 hectares of the center Of Rome and build imperial institutions, and the pond at the palace fall asleep and to build a grand amphitheater for the entertainment of the people.

The amphitheater was built by slaves who were brought to Rome after Vespasian’s military victories in Judea. According to scientists in construction Colosseum was involved labor of 100 thousand. Slaves. Slaves were used for the most difficult jobs – for the extraction and delivery of travertine from Tivoli to Rome (about 25 km), weight lifting, etc. Also over a large group of sculptures worked on the design of the Colosseum, artists and engineers. 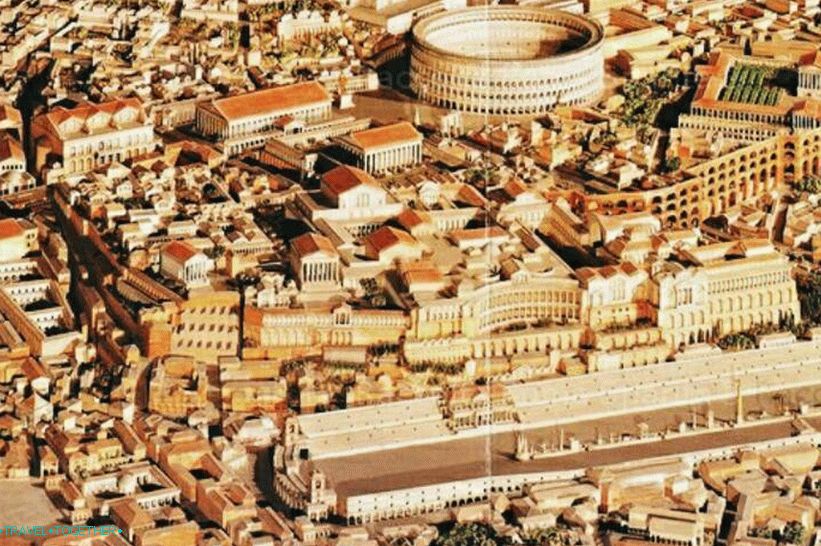 The opening of the Colosseum was a commemoration of grand games. The amphitheater was the center of cruel entertainment shows of ancient Rome for almost three and a half centuries – gladiator fights, animal baiting. Here people and animals died for the fun of the crowd and patricians. Until the beginning of the 5th century, the emperor of the Roman Empire banned gladiatorial fights. It was then that Christianity became the main religion of the great empire. And her one of the most colossal constructions know their most sad times.

The Middle Ages and New Time left strong scars on the amphitheater: first the invasion of the barbarians led the amphitheater to desolation, then he was a fortress for noble families, in the middle of the 14th century, a strong An earthquake struck the southern wall of the amphitheater. Great construction turned into a source of building material – it was broken and dismantled for the construction of new buildings and church councils and palaces.

This continued until the mid-18th century, until the Colosseum fell under protection of Pope Benedict XIV.

Currently, the Colosseum is under state protection. The wreckage, if possible, was inserted into place. Yes amphitheater lost its former internal and external attractiveness, but even such he is just amazing. Despite the protection of the Colosseum still suffers – urban environment, exhaust fumes and vibrations do not benefit to the giant. 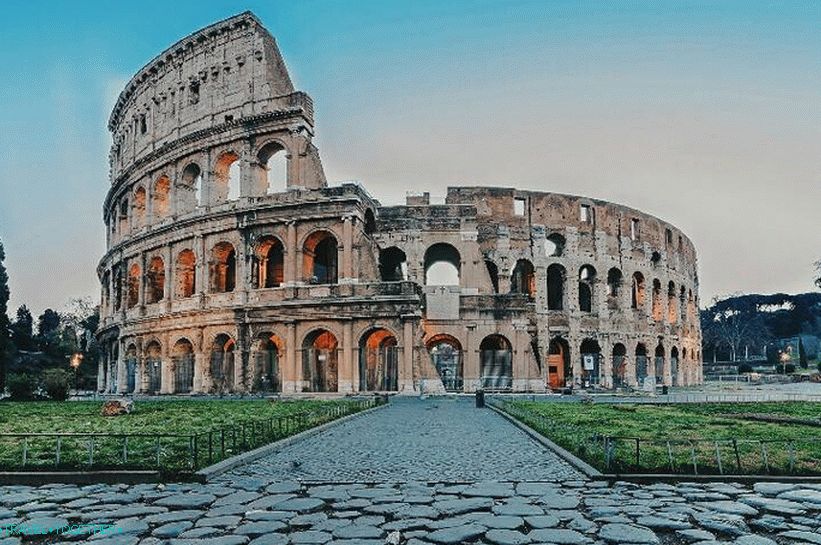 The Colosseum is made in the form of a giant ellipse. This is the biggest the amphitheater of antiquity, striking in its size – the outer axis in length is 524 meters, the size of the site is 85 x 53 meters, and the height is from 48 to 50 meters.

The walls of the Colosseum are built from large pieces of travertine. Amphitheater had a lot of ins and outs. Bottom rows were meant to the rich. People simpler occupied the upper ranks. To protect against scorching the Roman sun were provided for the masts, which stretched giant awning. Interesting facts about the Colosseum 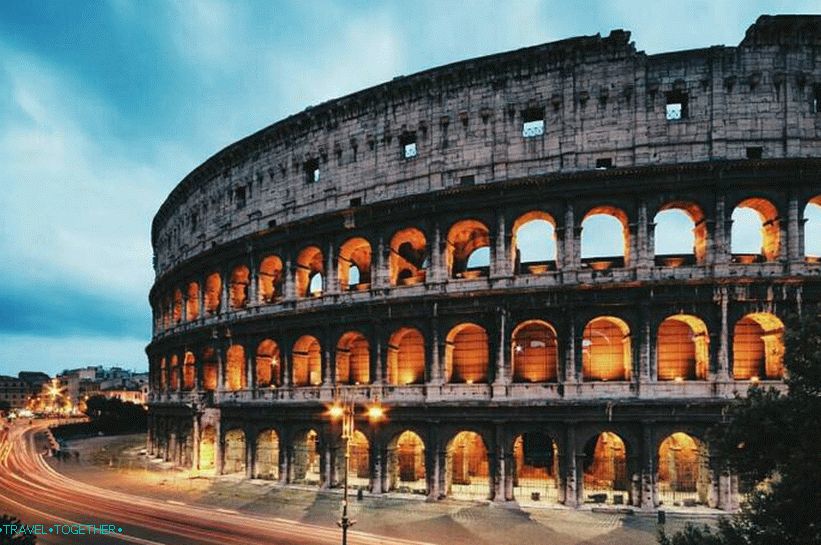 Mode of operation and cost of tickets

Tickets are valid 2 days from the date of first use. According to tickets can also visit the Roman Forum and vice versa. there is little trick: usually long lines at the Coliseum box office, therefore, tickets can be bought at the box office.

Video about the Colosseum

Colosseum on the map of Rome