It was so strange that we drove to fall in love with me in France, but I fell in love purely by chance in Germany. Well, not exactly to fall in love of course, but I would definitely like to get there again, on a long time to look around, see the culture and life, and also understand how the first impression coincides with the second.

We went from Prague to Munich. And immediately after crossing the border with Germany, we felt that something had changed. Autobahn steel more autobanded, trees more green, and the sun more joyful. In fact, of course, everything remains the same, only the roads became free, speed limits disappeared, and the cost of cars around us has changed dramatically – solid new ones BMW and Mercedes. We were even a little shy of our Logan, because that the feeling was as if on a cart we were rolling, well, or on VAZ penny. But the complexes were quickly defeated, and we rushed to the city of Munich, because it was there that the new friend from couchsurfing The first thing we saw in Munich is the imprisonment of the city under cyclists: bicycle paths everywhere, traffic lights for them, parking. Right future city of some kind. A little enthusiastic feedback on Munich, but my dream is to move around the city on two wheels in The name of health and ecology could be realized here. In Moscow I want to shoot myself when you ride a bike, well, so that was faster, until the drivers are crushed, or the exhaust is not poisoned. Solid bikes on the streets Bicycle paths in Munich along each sidewalk

The peculiarity of Germany is that vyskotehnologichnost blends with green areas. This is how I imagine the future, not solid metal, plastic, zakatannost in asphalt and space the ships. It also seemed to us in the city of Munich, and possibly in the whole Germany, everything is somehow correct, pedantic and at the same time exactly square. Everywhere order, field line, buildings with corners, the streets are straight.

The second thing we felt was how hard it was to be backward. 15 minutes were spent on understanding how the Parktrometer works – a device for collect “donations” for parking. And this is not the last time we Immediately did not know what to do. Far away everything went ahead.

Oliver, was the name of the person who provided us the ability to comfortably spend the night was an interesting person a lot of traveling, as well as creative. We are zafanatelyami from designer finds that he applied in his apartment. More we just liked the homemade chandeliers – light bulbs covered colorful photos. 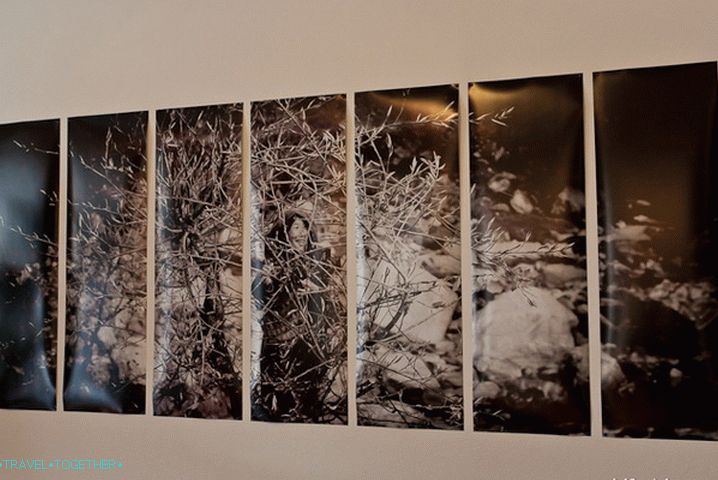 Oli, however, according to him, is not a typical German. But how practice has shown during our entire independent traveling in Europe, we supposedly met all the time with not typical representatives of their nations. However, everything in the world is relative, and how Once you can dispel myths about such acquaintances countries.

We spent two nights in a row talking about life, politics, about what right and what not. And what can I say – I had to teach English. I regretted so much that I understand only 50% of the entire conversation, but our girls knew the language well and were interested in interesting talk, constantly forgot to translate me. We, all of our company

On the first evening we managed to go only to the university. Not even evening, and in the night, arrived late in the day. Why go there? Yes, just It was interesting to see. It turns out that in Germany, these institutions are public, open around the clock and no pass need Anyone can come here, both for inspection and in order to listen to lectures. Fountain near the University of Munich

Returning home, we noticed that road works here lead at night, not during the rush hour, creating traffic jams. And how are they just up thought of this? Moreover, imagine, it turns out, there are cars to take asphalt. This is too fast! What about Tajiks with jackhammers? And how to create jobs, and money for kickbacks? The Germans do not think about people at all. Here are such features of the German economy. Munich street in the city center Where to stay in Munich

Munich is quite an expensive city, so you should look for hotels and Book in advance, on-site there is hardly something you can find. It is best to “walk” in advance on the map and estimate where it will be more convenient. live and what is the price. Here are two good hotels to stay in. recommend:

The reviews are good, the location is good, the metro is near.

P.S. Eh, a great city, I want to go there at least once more.