On the second day, we asked Oliver, the apartment owner, where we stayed what to see in munich and he advised us go to Olympic Park and see the BMW museum, as well as climb Olympic Tower, which we did. Big plus when you stop at the locals, they will tell you much better and how it is better.

By the way, it is necessary to pronounce this famous brand B-eM-Vi (BMW), and not as we used to be clumsy, in Russian – Be-eM-Ve. But this is what Americans generally pronounce Bi-Double-Double, which makes them laugh the Germans. Here you can argue about the pronunciation, but we the German said so, I did not invent it myself.

Read about our first impressions of Germany here – munich city

Where to stay in Munich

Munich is quite an expensive city, so you should look for hotels and Book in advance, on-site there is hardly something you can find. It is best to “walk” in advance on the map and estimate where it will be more convenient. live and what is the price. Here are two good hotels to stay in. recommend:

The reviews are good, the location is good, the metro is near. Or if ready to live in an apartment with the owner according to his rules, communicating with him and etc., then couchsurfing to help.

Olympic Park (Olympiapark in German) was built in the distant 1972 to the Olympic Games. It is located: the park itself and tremendous lake, Olympic stadium and sports grounds, Olympic Tower. And next to it there is also a salon, a factory and a BMW museum.

The easiest way to get on the Munich metro is on the U3 to the station Olympia-zentrum. The Olympic Park is located near the center city, so you can combine with a walk through the old town Munich 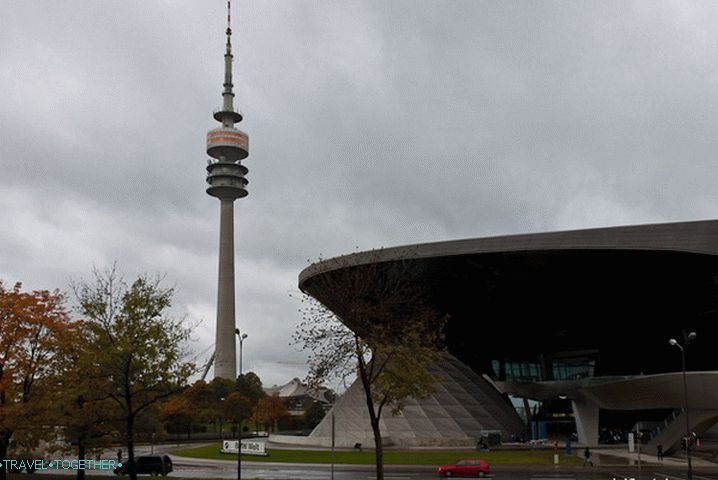 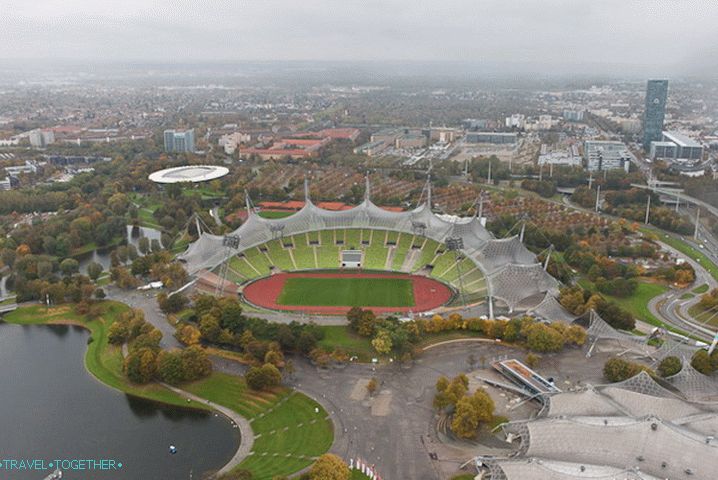 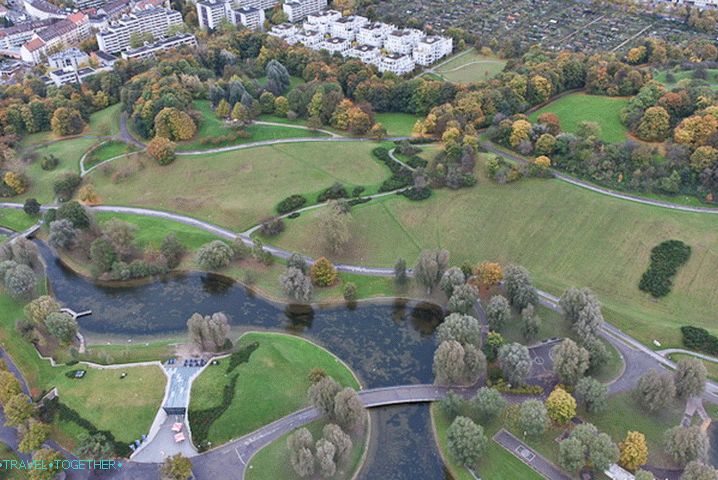 When you exit the metro station Olympia-zentrum the first thing you you will see this is a spaceship aliens who came to learn from automotive industry. It is a spaceship that resembles a pretentious BMW Welt auto show, where you can walk around and share some expensive and good cars, as well as sit inside, introducing himself as such dashing driver, dissecting the vastness of “immense” Germany on convertible. 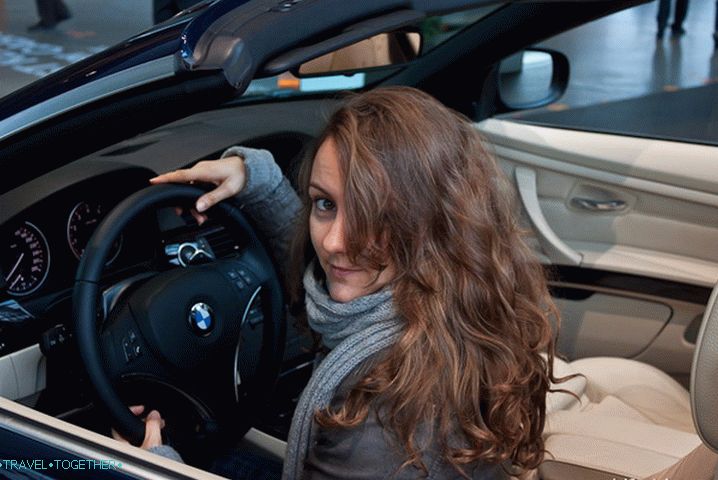 Two floors, on which, besides the cars, are presented, are all different useless and entertaining things, one way or another advertising brand. Although it is not also a BMW museum, but time is here You can spend a lot. Blue things crawl on the floor and recognize passersby If you need a BMW museum right away, then it is in the nearby the building across the road, and there are all models that are released earlier. The entrance fee is 12 euros. A couple of exhibits can contemplate at the entrance next to the cashier. 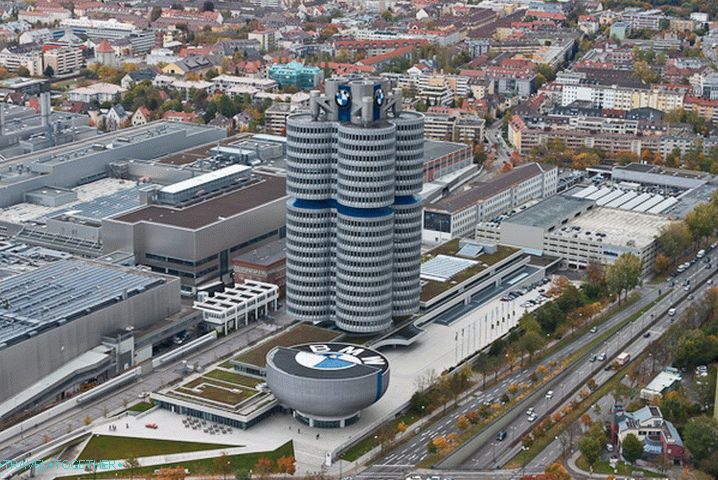 BMW Museum from a height The cost of visiting the BMW Museum BMW Museum – cars at the entrance More interesting, for car lovers can turn up a tour of the BMW plant, which takes place several times a day (10 times, probably), and a couple of times in English. It is better sign up in advance, especially if you want to get on English speaking guide.

The next target was a tall television tower – Olympic Tower (Olympiaturm in German) with a view of the whole city. Entrance to the attraction costs 4.5 euros. I really liked the climb elevator – lays the ears, and inside something and somewhere falls. 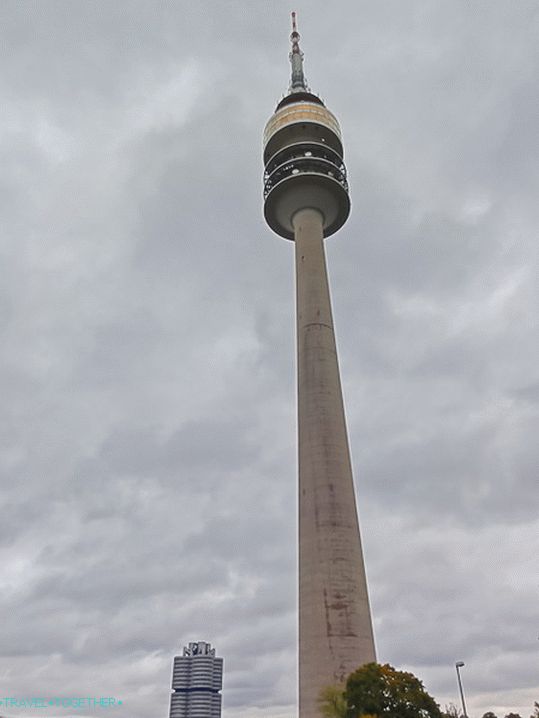 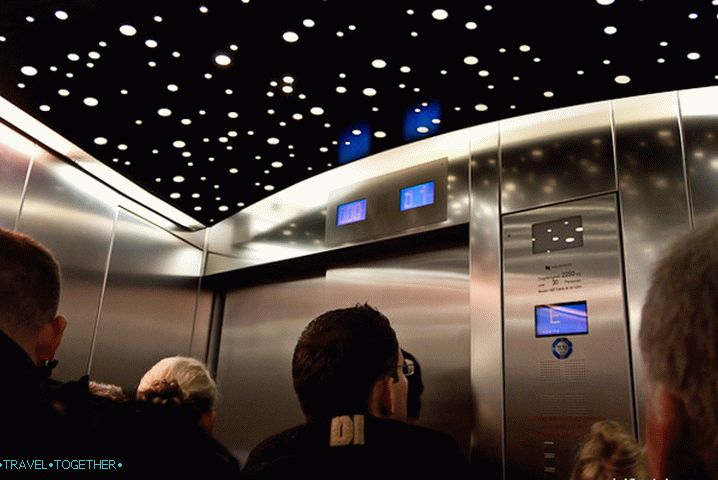 On the elevator to heaven Of course, we were lucky with the weather – it was overcast and walked rain, so we ran out to the open air, took pictures and ran back so as not to wet the cameras. Inside there and covered observation platform. On the fat from the foreheads of tourists glasses put the names of attractions of Munich. The names of the sights of Munich on the glass In the central part of the tower there are several jukeboxes. with posters and posters of celebrities who have visited either the city of Munich, whether on the tower. Machines, by the way, work! we listened to Michael Jackson’s song.