As I wrote in the article about Vang Vieng, around the city is full beauty, and therefore not necessarily to visit thousands of caves around the city. It is enough just to go beyond its outskirts and go eyes looking, enjoying the views, rocks and nature. We are basically so did.

Partially it happened because they didn’t immediately find a normal one. map of Vang Vieng, and partly because I do not really like walk underground. 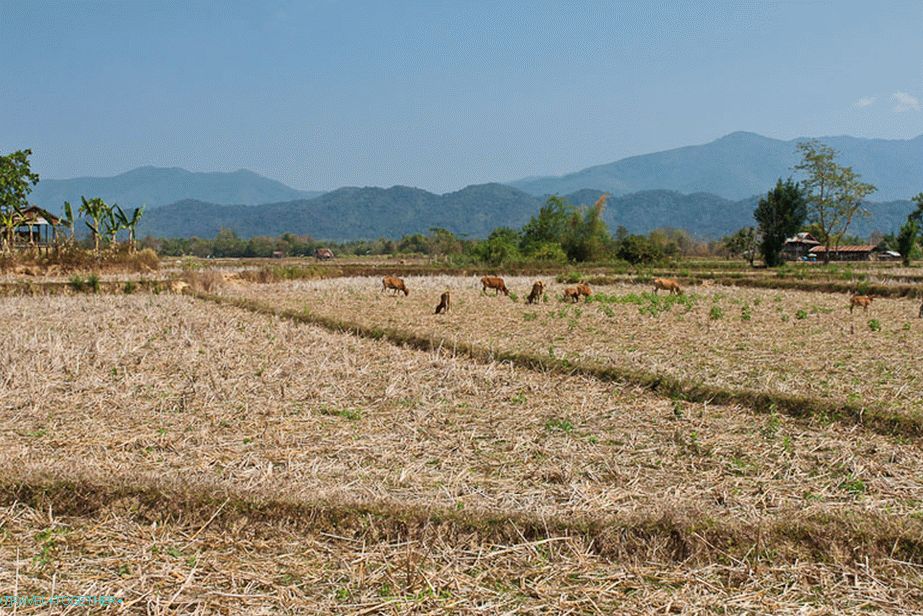 Travel information can be found here Vang Vieng – Guesthouses, what to see, how to get, schedule buses. 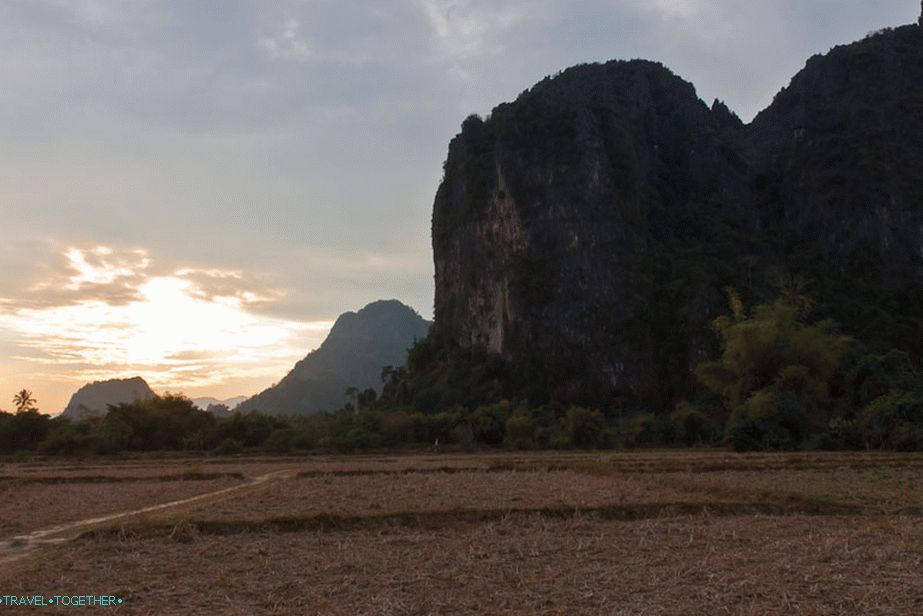 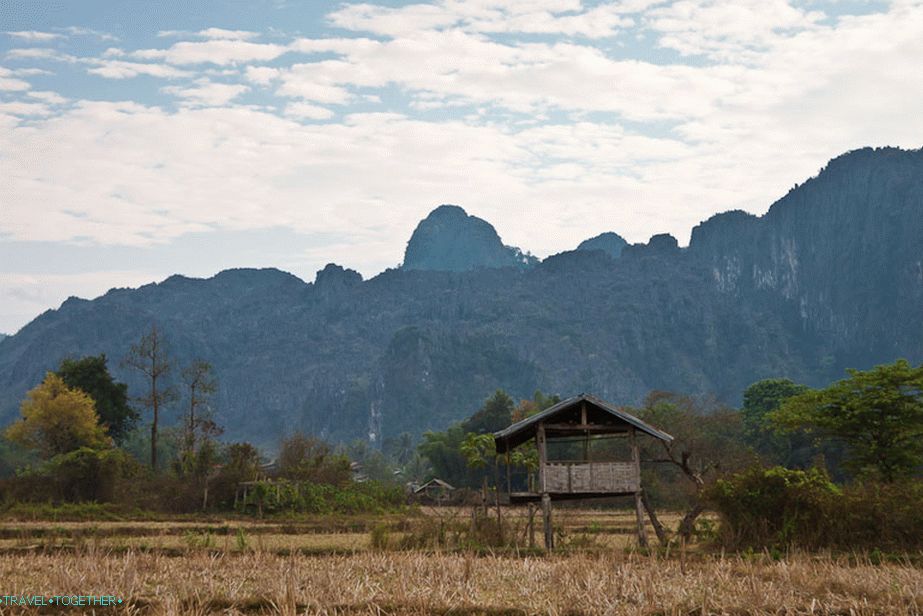 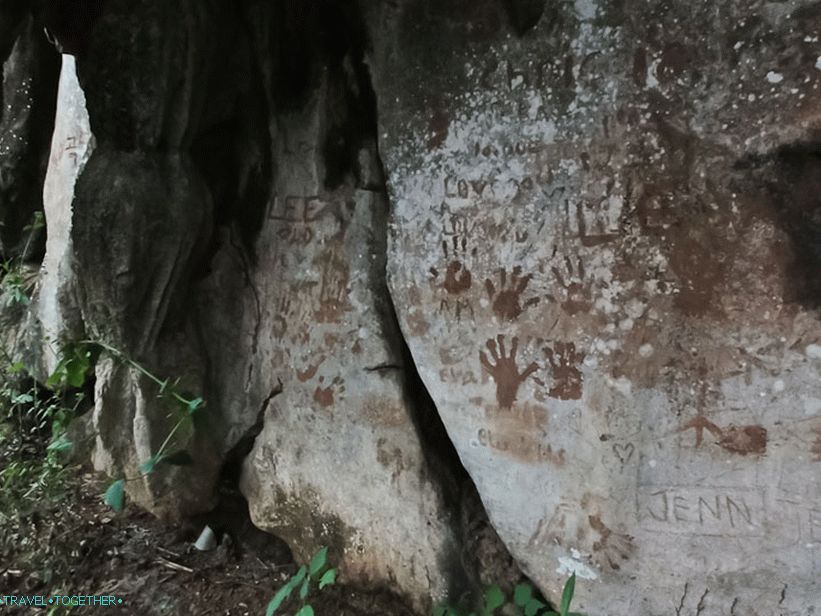 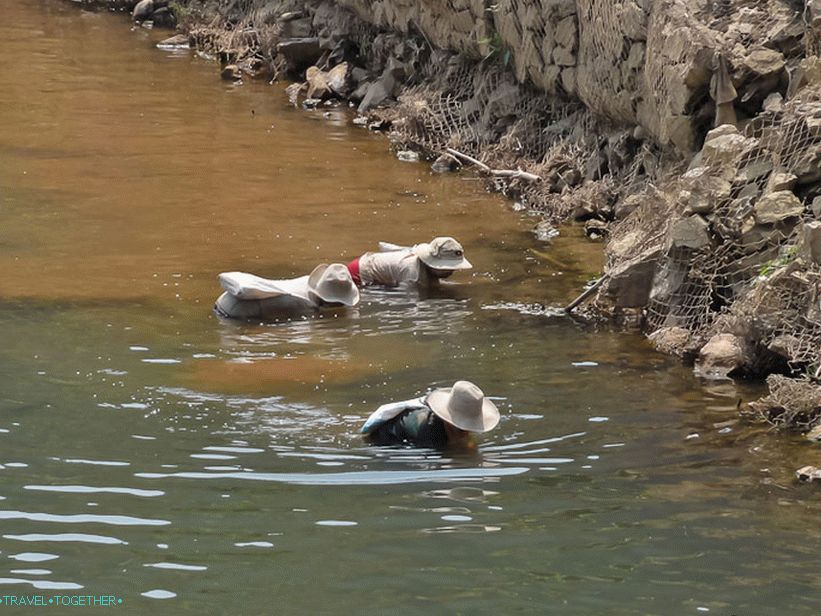 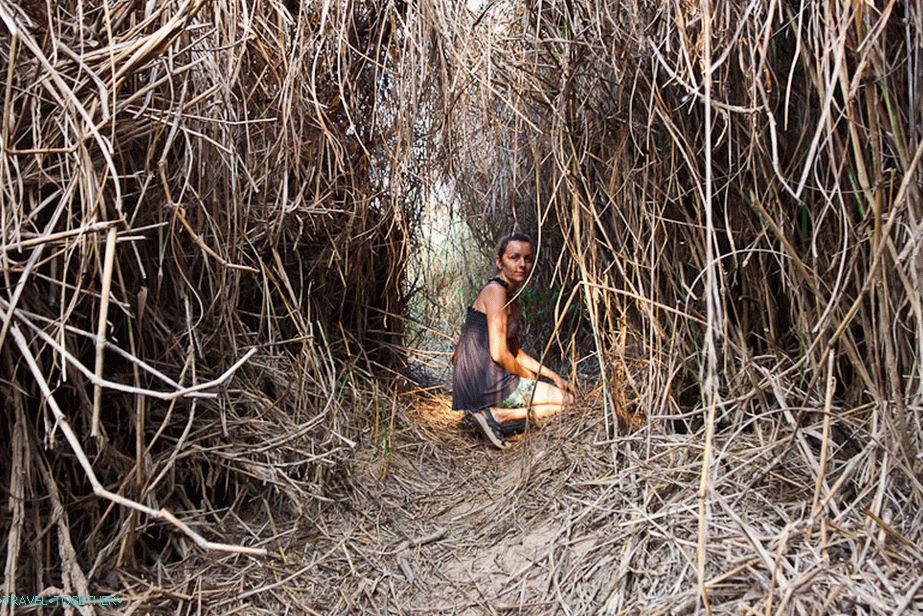 Sometimes around the river here such thickets

On the way, met water buffaloes 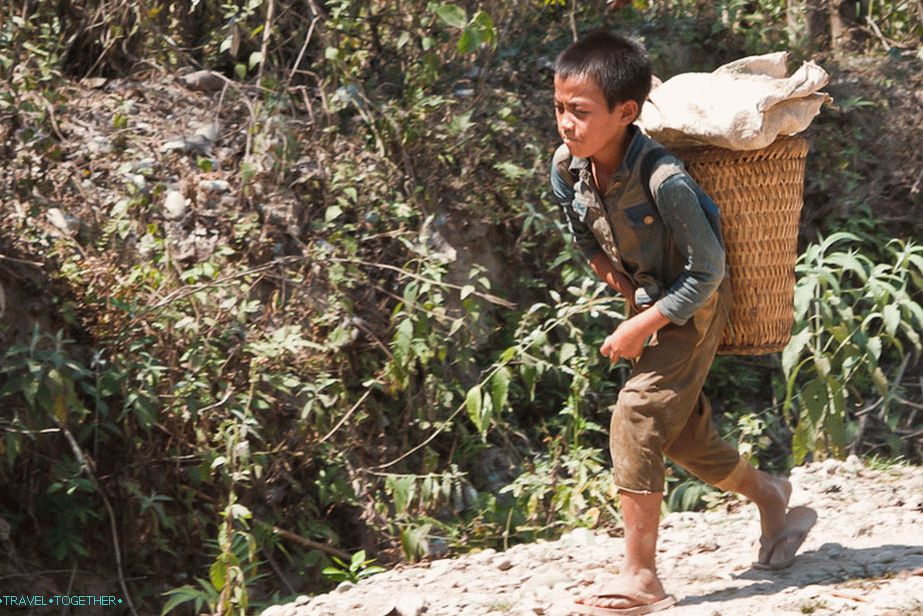 The boy probably pulls more than his weight

By the way, if you go for a walk, try to avoid the main dirt roads on your route. Dust from speeding bikes and so many cars that only a spacesuit can save. 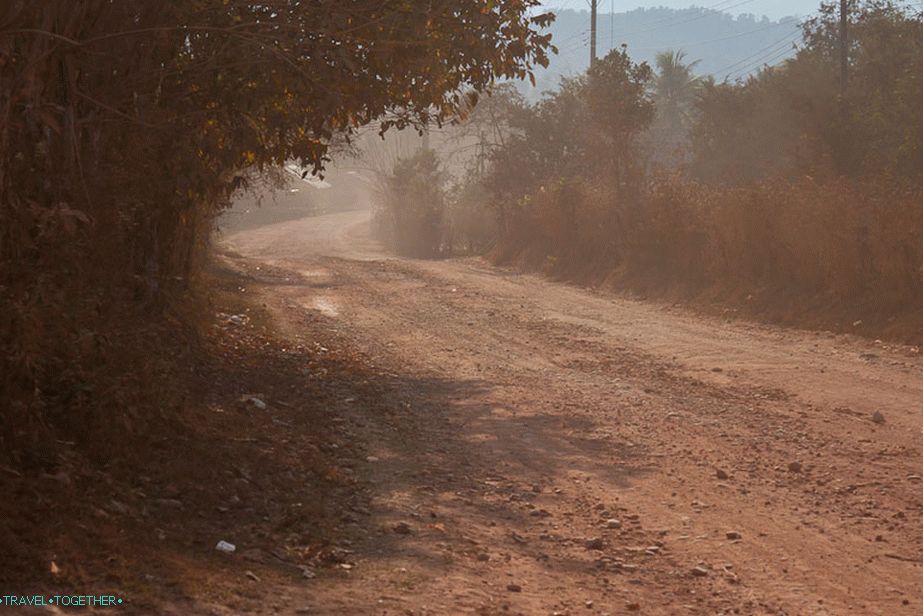 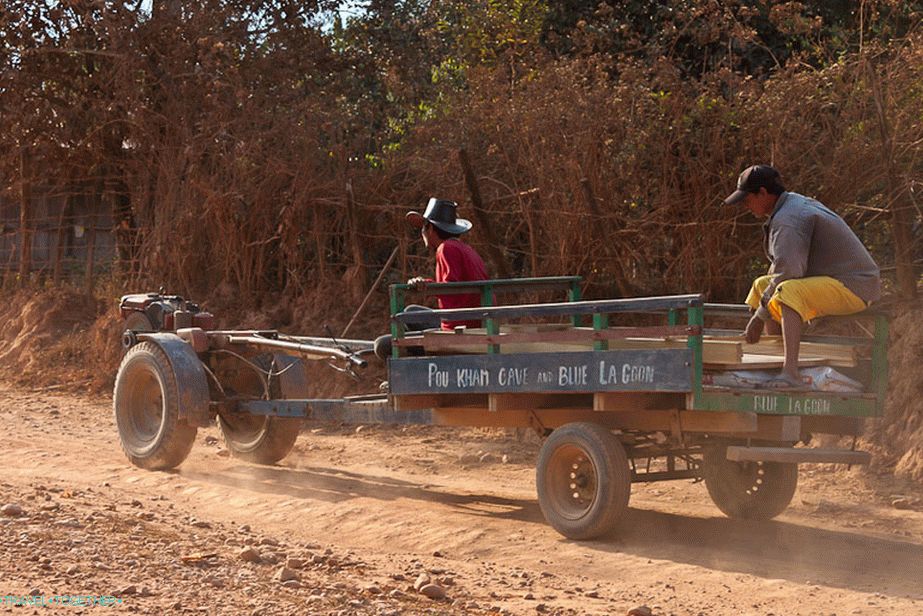 Minibus to the caves

One day of our walks was spent on one of the roads leading somewhere upstairs, and see how it ends. Type mountain trekking (hiking in the mountains). Until the last moment we hoping for a waterfall or something else at the end. However, the gods sent we only have a few mountain views and an excavator. 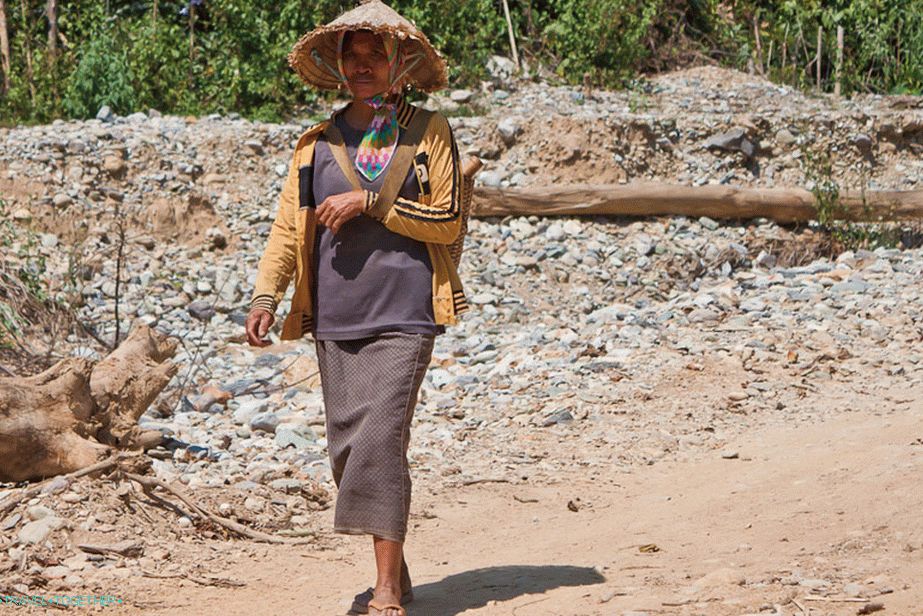 Dumb question, what for you go on this road? 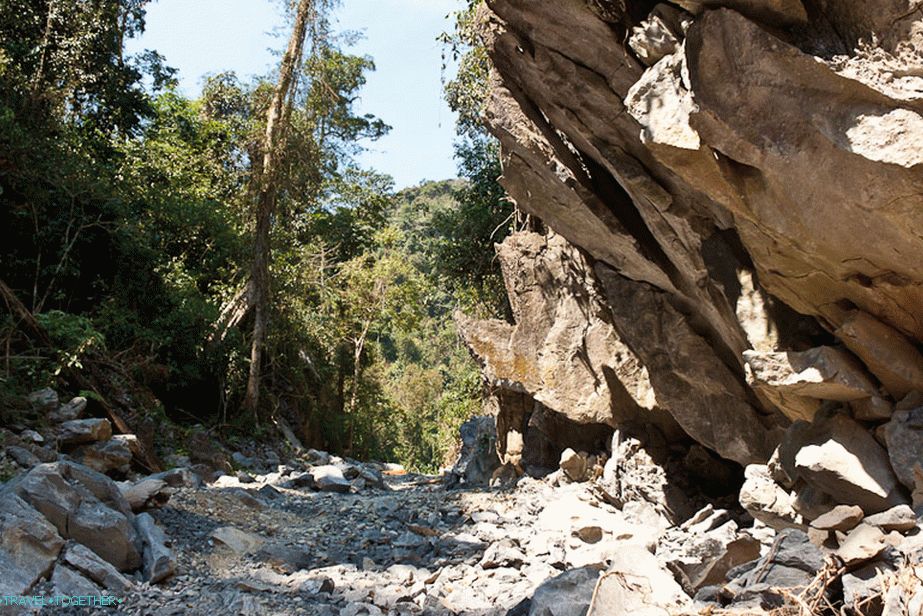 On the way to the unknown 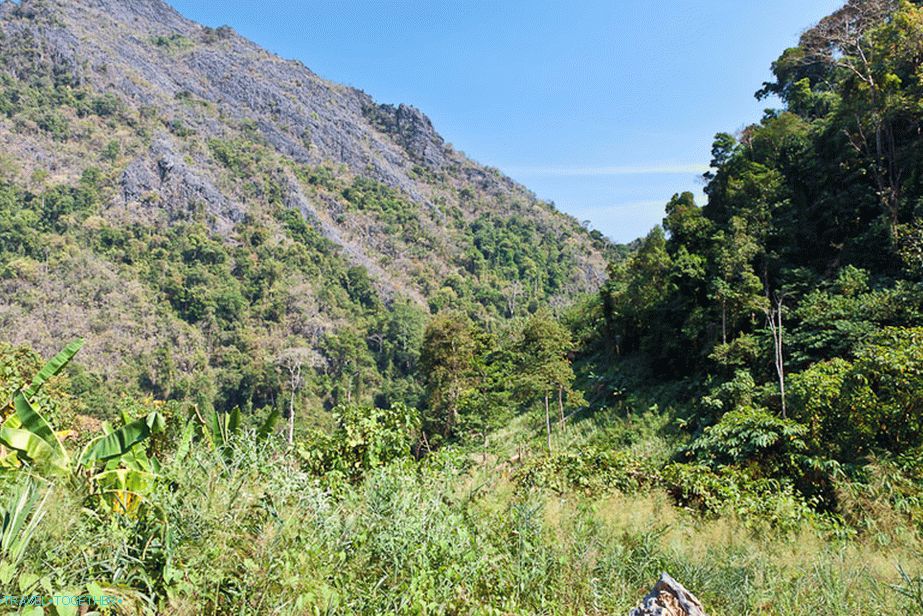 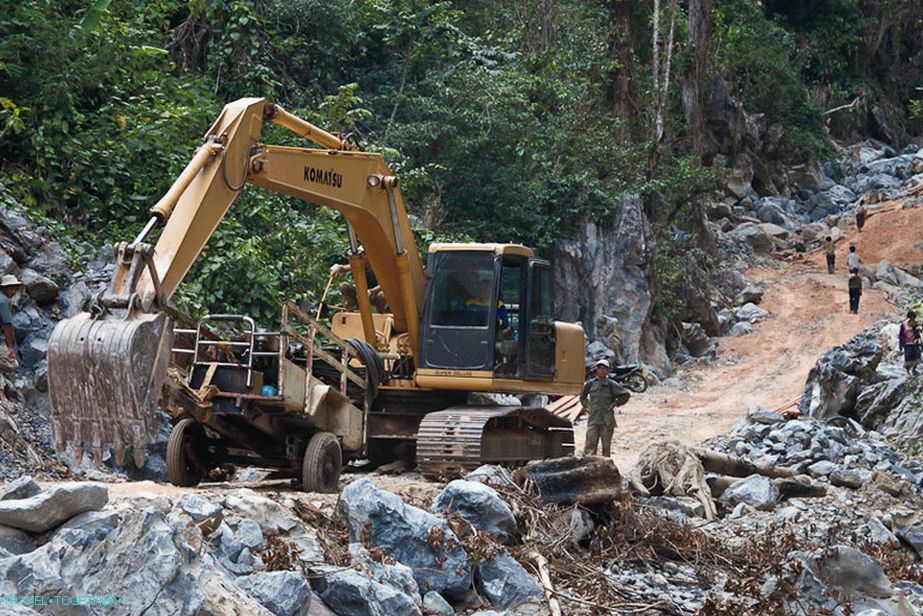 As a reward excavator

Although I am wary of speleology, I’m liked the cave Tham chang cave (Tham Jang Cave). Probably those that it is lit, the tracks are laid. And also due to the fact that next to there is a lagoon with blue water and a small cave in which you can to swim in A long staircase leads to the cave entrance, and you can see the whole vang vieng. The cost of visiting 15.000 kip (60r).

By the way, if you were in Abkhazia in the New Athos cave, then Tham Chang Cave is like her, only on a smaller scale. 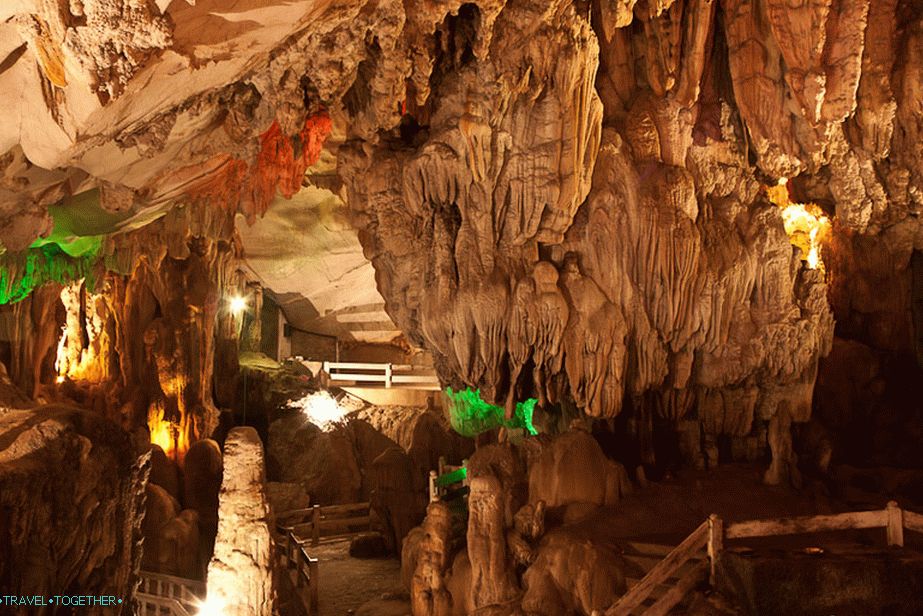 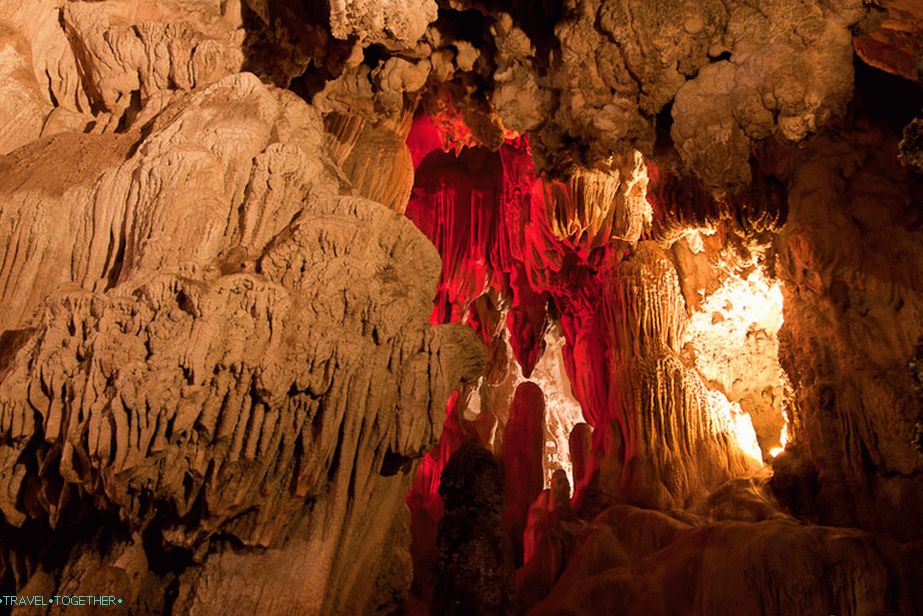 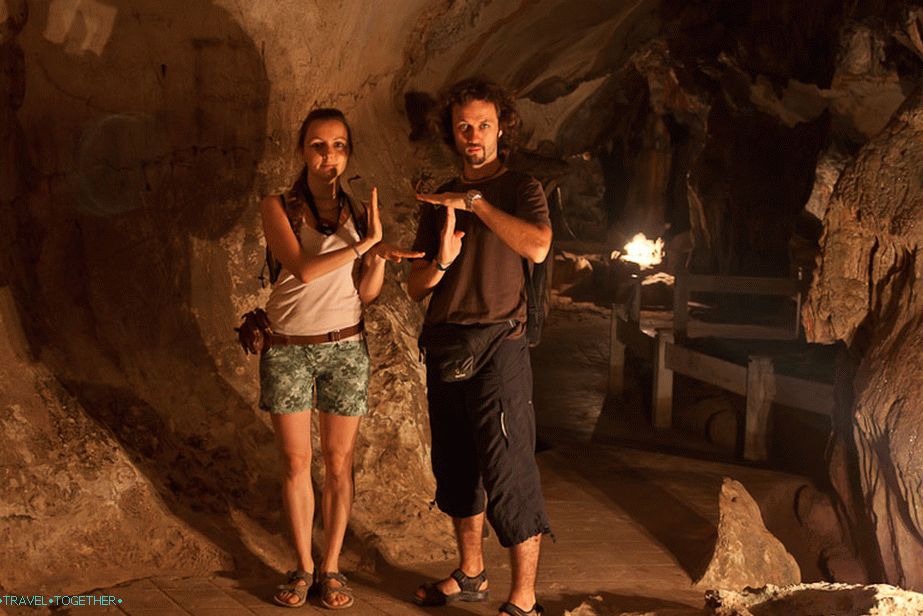 Trying to portray our LT logo View from the gazebo in the cave of Tham Chang Cave 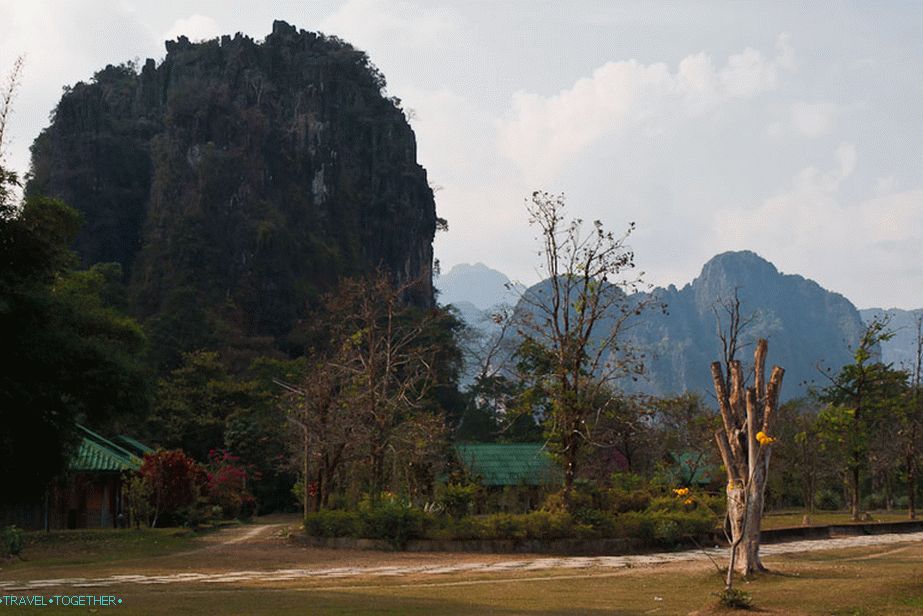 Next to Tham Chang Cave 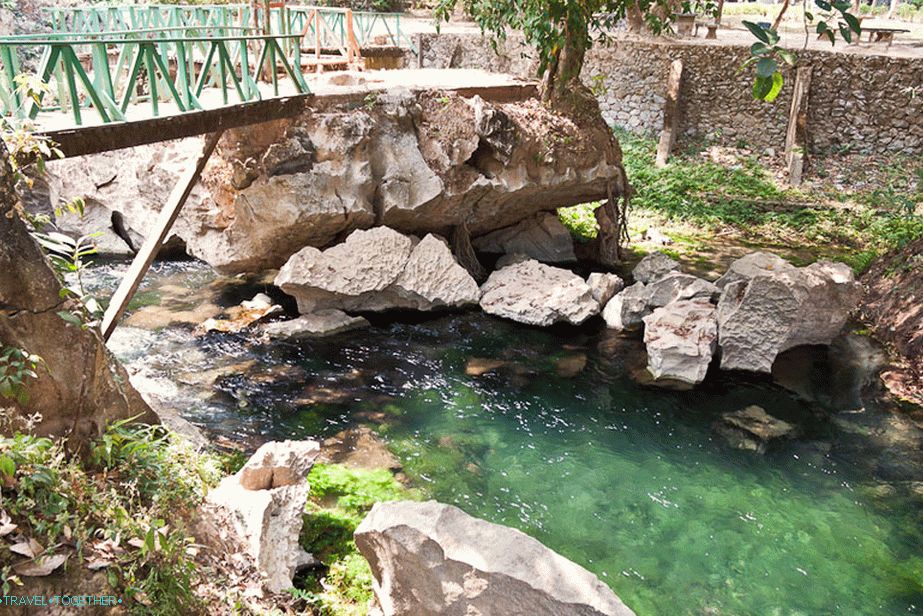 River flowing out of the lagoon Near Tham Chang Cave there are mini caves Yes Yes. It is pseudo. And all because Lao poor people, and they need money to somehow earn. So, there is a popular place. Blue Lagoon (Blue Lagoon), and right next to her cave Poukham Cave, and so many go there first. How to lure to yourself a stream of people? Very simple, you just need one of turns to put a sign that says Blue Lagoon, and part your tourists. Of course, we bought too.

At the site, we were surprised. Is this puddle the Blue Lagoon? And this the same cave that is so praised? So beware. A good card to help you. Next to the pseudo Blue Lagoon Next to the pseudo Blue Lagoon

Everything else turned out that we forgot our flashlight at home. Have we were only a glowing phone with us, but a flash camera. True, they didn’t help us much, so we don’t began to go deep into the cave and retreated. Plus to us mooing Lao children, apparently offering for denyuzhku to lead us with a flashlight through the cave. But we did not dare, since they did not understand in their native language or in English due to problems with mental development. Generally it is normal, so children to exploit, especially with problems ?! Save and finish your story. Later we tried climbing natural relief (oh, I want more!) and kayaking to Vientiane.

LAOS
If it were not for this map, I would not know what we would

LAOS
Having received a double Thai visa, we realized that in Vientiane to do nothing

LAOS
It has long dreamed of trying to rock climbing on natural terrain. Before that,

LAOS
In short, to answer the question whether you need a visa to Laos, the

LAOS
In Vientiane, I came to do a one-time Thai visa. And me very much
Leave a Reply Cancel reply
Recent Posts
Categories
Recent Comments
Archives
This site uses cookies to store data. By continuing to use the site, you consent to work with these files.