There is only one international airport in Prague. Called by name Vaclav Havel, and before he was called the airport Ruzyne. He is also often called Ruzhin. Located in the administrative area of Prague and officially refers to urban infrastructure.

From the center of Prague to the Václav Havel Airport is about 20 km. Like would be close, but if the roads are blocked with traffic jams, then you can go and long. Unfortunately, getting to Prague Airport is only possible at motor transport.

The first airport building in Prague was built in 1937. This the information has no practical meaning, but I wanted to you knew this date. After all, if, for example, take the largest airports Moscow, the Sheremetyevo was built in the 53rd, and Domodedovo – in 54th

And even the oldest Moscow airport Vnukovo was commissioned first buildings only in the 41st year, four years later Prague citizens. The Czech Republic is a nation of aviation pioneers, which is not surprising – the guys there is not a single exit to the sea.

Ruzyne Airport consists of four multi-storey terminals, where only the 1st and 2nd are considered basic, therefore the further description It will be built around these two. 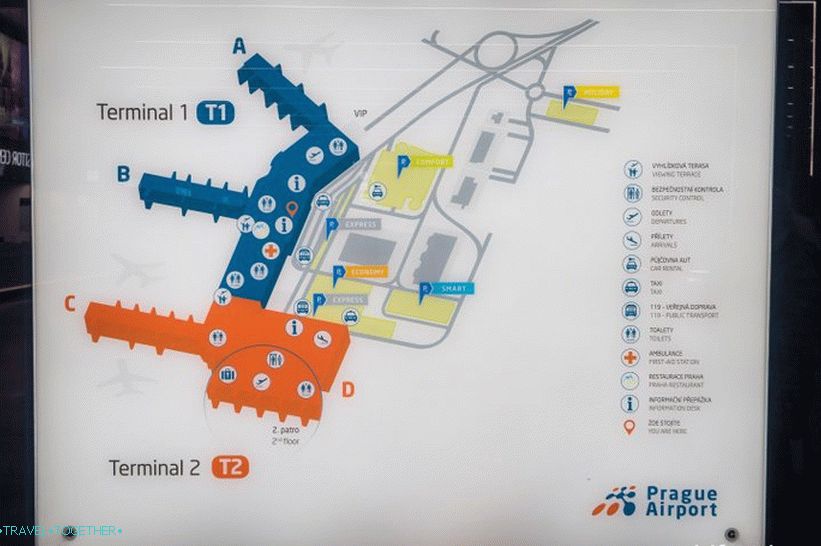 The airport is modern, spacious, with well thought out. logistics and bilingual labeling of all services, services and routes. You can’t get lost or get lost here.

Luggage storage is located in the transition between Terminals 1 and 2. Works around the clock. Price 120 CZK per day.

Baggage packing on the machines costs CZK 130 for the overall dimensions and 250 CZK for oversized, such as skiing, non-folding wheelchairs and other snowboards.

There are 2 showers. In Terminal 2, it is located on the third floor, next to Erste Premier. The key to the shower you need to get at the reception lounge, there will be given a towel and asked for a deposit of 10 kroons, which is then returned. In Terminal 1, shower refers to Rest&Fun, это в здании между терминалами 1 и 2. Цена 99 крон за30 minutes of use by one person.

In the transit zones of both terminals, on the 4th floor there is a private room for parents with children. Changing tables, play area, Microwave for heating baby food.

In Terminal 2 there is a zone for active games and chess with large-scale figures. 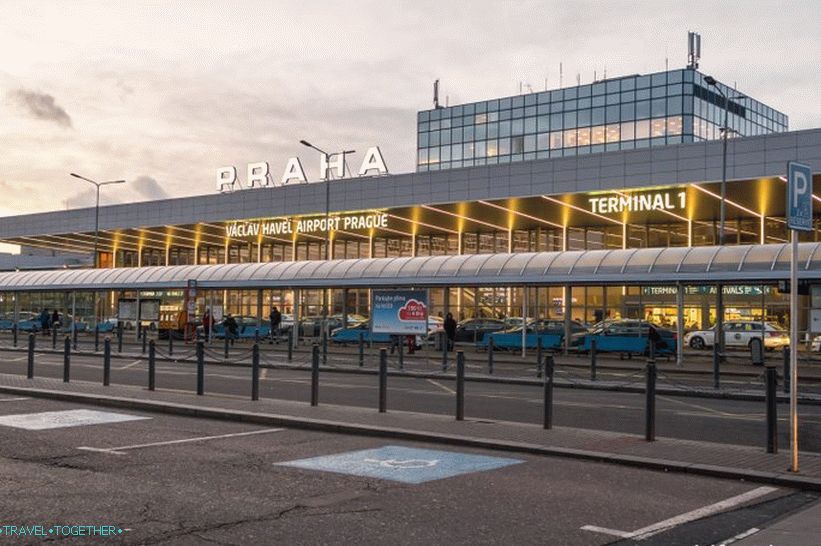 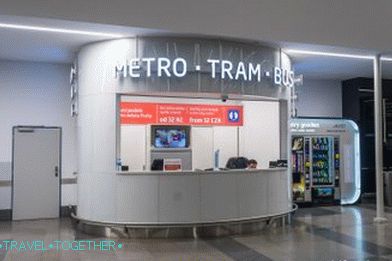 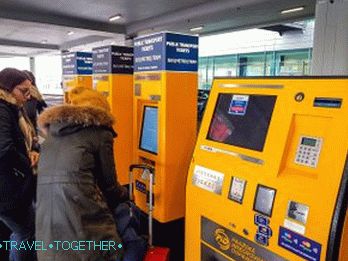 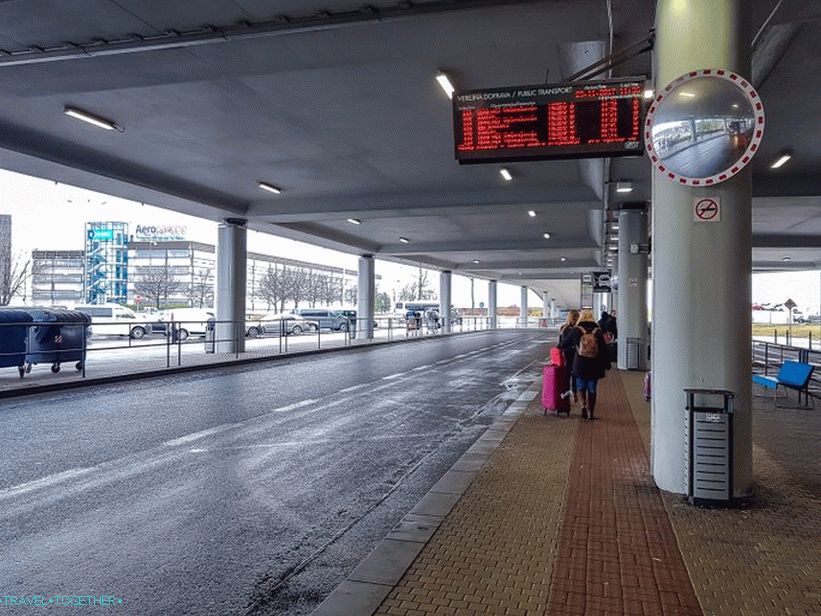 At the bus stop electronic scoreboard

In Prague, while only promising the start of construction of railway lines, which would connect the city with the main air port of the Czech Republic. So that the only way to get to the airport and leave it is motor transport.

Airport buses run from the airport to the main railway station in Prague. Express. Travel time is 25 minutes. Express stop – before exits from terminals.