In Phuket, as in many resorts in Thailand there are almost no places where you could just walk, without reference to shopping or overcoming obstacles. Just a beautiful place, with comfortable paths, in silence – as we are used to in Russia. Therefore, on Thai resorts, walking lovers often walk along the beach, if the depth and friability of sand allows, well, in some completely small parks and squares, if any. But there is a Phuket Park named after King Rama 9 – a great, cool, with a good idea. A cycle path, 4 km long with markings, is laid around it. mileage, and in general it is focused not only on walks, but also on playing sports.

I could not find the history of the creation of the park in the network, because basically All links lead to the eponymous park in Bangkok. But in 2014 Royal Park named after Rama 9th existed, and according to reviews visitors, already then demanded repair and restoration. At the moment of my visit in january of 2017 there were in full swing building work, and perhaps such activity was associated with sad the events of last year when the King of Thailand passed away whose park was named. Because of the large-scale work did not work take beautiful pictures, but – than rich.

By the standards of the island, the Royal Park Rama 9 in Phuket is very big, green, with tall trees, in short – is where to roam The declared area is about 1 square kilometer, but according to my feelings – all two.

There is also an opinion that the park is too open and there is not enough shrubs, sometimes depressing grass, scorched by the sun and (possibly) due to lack of watering. But unfortunately, this park in Phuket there is no alternative, so Royal Park is the best (because only) place on Phuket for walking and jogging. Although jogging is still suitable track around the lake near Wat Chalong (no trees at all) and the embankment around the lake on Nai Harn. 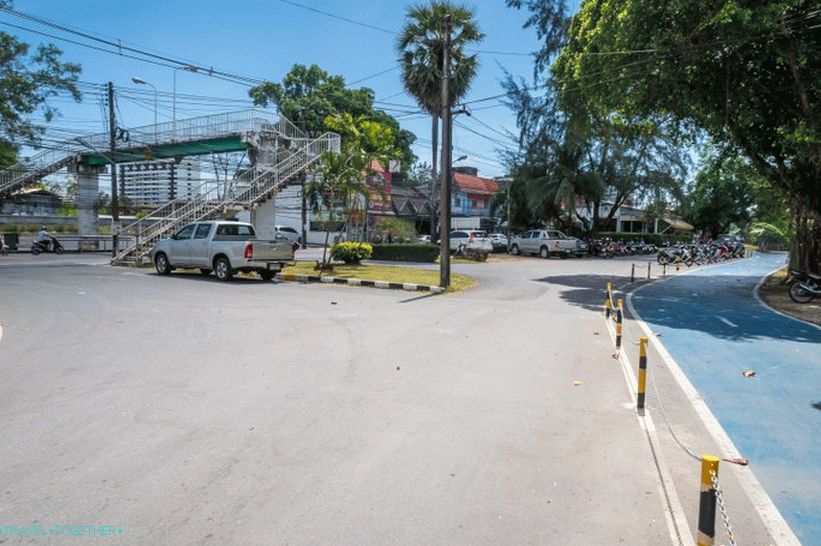 View from the entrance to the park on the track 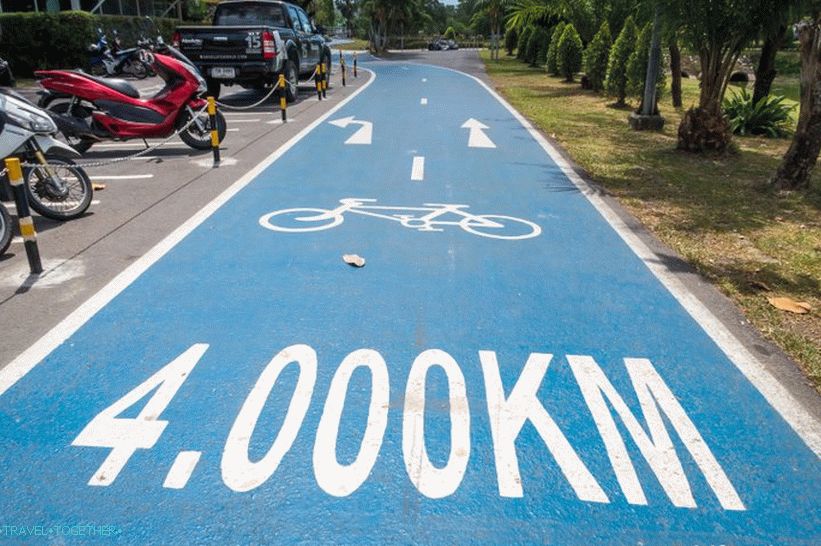 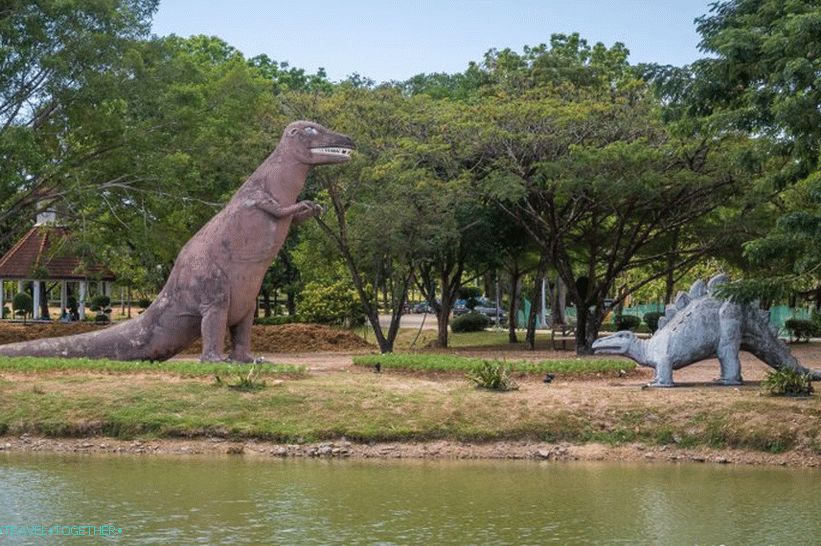 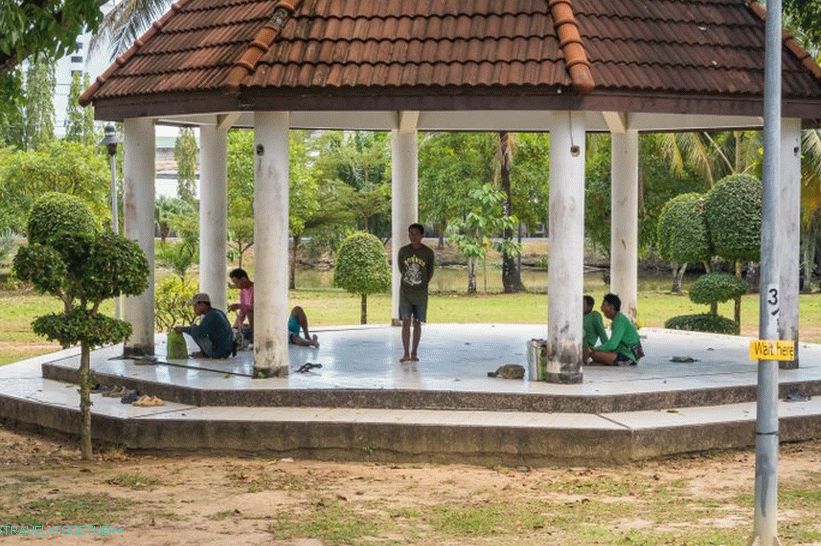 When I came here, the Thais upgraded one of the ponds in the center of the park. Part of the territory has been dug up, concrete blocks are lying around but most of the park is ready. No idea how long it is here. construction continues and how much it will all be tightened. The park’s idea is very good, let’s wait for implementation work results. I went down this place even in unfinished form, here even in the heat it is somehow good, everything is blown by the wind. Although, if evaluate it in comparison with other parks that I happened to look during their travels then royal park frames 9th in Phuket is not at all royal.

City-yes. Plain, without pathos, regalia and architectural features. The whole park is a sanitized (but not Landscaped) Phuket site, with no signs of any decorative plantings, tropical delights and riot of colors. Simply combed and trimmed piece of jungle, several ponds, network walking and cycling paths. On the territory there are several stone fat, caught in a small number of shops, there is unpretentious playground and street simulators. Simulators are or very ancient, stylized as logs and hemp, or more modern, to which we have become accustomed. 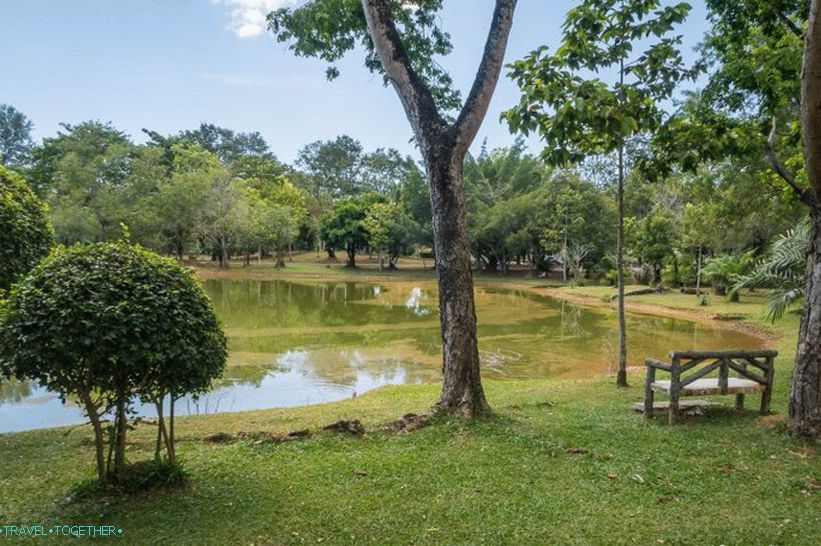 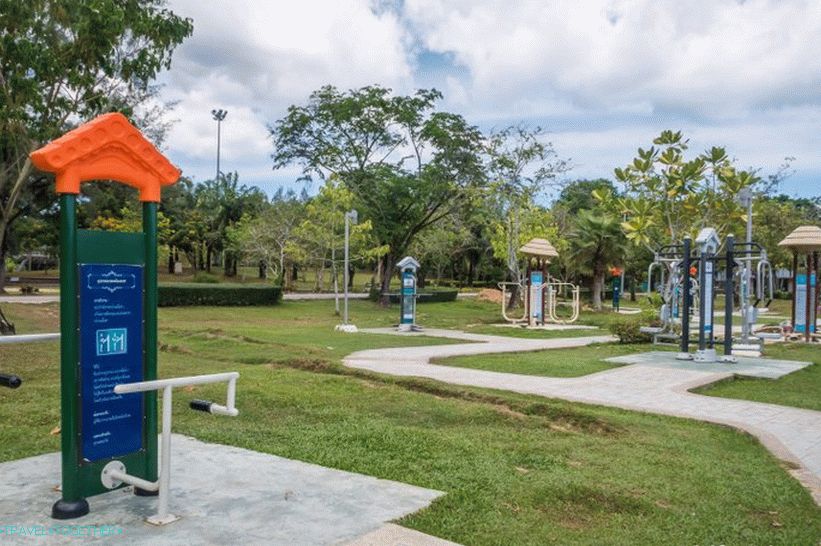 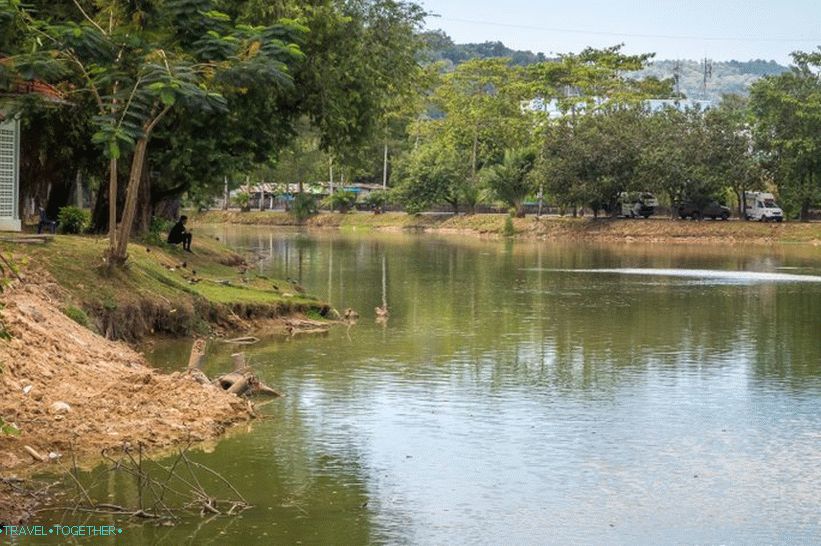 Admission is free, opening hours – in the daytime. At night, too, can come, but will not look at that, but the Thai adolescents cuddle you interfere.

The location of the park is such that neither specific points nor natural There are no sights here. Simulators are all designed to work with its own weight.

If you look at the map, it’s quite obvious where the parking is and where entrance to the park. Focus on the point that I pointed to map below. She stands on the turn from the road you will go, there is still a pedestrian overpass. That’s about it will be entrance to the park and a long parking lot.