We traveled here recently with a friend with a tent on the Oka to reboot. And he had to, and me. Just stay in the lap nature, make a fire and spend the night in a tent. In fact, in myself we didn’t intend to preserve the reserve but we passed by a signpost and I didn’t I could drive past, because there is nothing to write about then

Hence, this post. I must say, you can go, but expect something from this unusual not worth it. Also it will not be interesting for small children, I think it’s necessary to go there with him not earlier than 5 years, and better still later.

Prioksko-terrazny reserve was created to study plants (therefore it is biosphere), which in theory should not be, The band is not the same. Part of the plants listed in the Red Book. A little bit later in the reserve they also began to breed bison, joining to the international WWF fund program. Actually, he became bison known for not every idle traveler or office the employee will go to look at the grass and stuffed habitual animals in the mini-museum.

So this is not a contact zoo, not an amusement park, it’s just a forest with a huge pen for bison a large area is not always possible to see. It is worth going here with educational purpose, but not with entertainment. Otherwise the trip does not justify itself, and what they say some reviews in the internet.

Separately, I want to say about young children who will be here is boring. The tour takes about 2 hours, which includes a visit a small museum, moving along a normal forest road to kennel with bison (about 10 minutes to go), inspection of “duty” animals, and possibly an inspection of the bison themselves. All this is accompanied stories about why nature reserves are needed, and who such bison are. I’m sure the little child will not understand anything from the tour, therefore need to go already with those who are ready to listen to the encyclopedic information. Adults are also useful for self-education.

In 1948, there were only 48 bison left in the world, that is almost extinct species. Listed in the Red Book. Now their more than 4 thousand thanks to the efforts of nature reserves participating in the program, including the Prioksko-terrazny tried. Its they produce bison in the Vladimir region, Kamchatka and somewhere. That is, not in the Moscow region, do not expect to meet in our lands, there are too many people.

The reserve itself is not fenced, so it should be necessary free exchange with the external environment. But every family of bison is contained in a separate pen, each of which is about 25 hectares. That is, too as close to nature as possible. But from here follows and not very a pleasant conclusion – not the fact that you see these bison, they are request to the fence are not suitable. Therefore, so that visitors do not Were upset, there is a “duty” bison and a “duty” family of spotted deer immediately after entering the territory of the bison nursery. They are for all and otduvuyutsya. 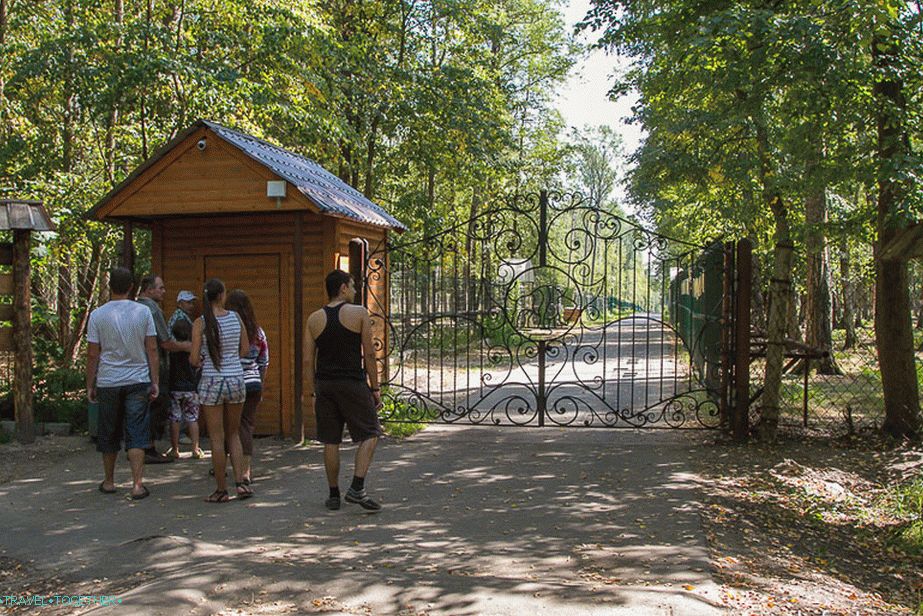 Entrance to the bison nursery 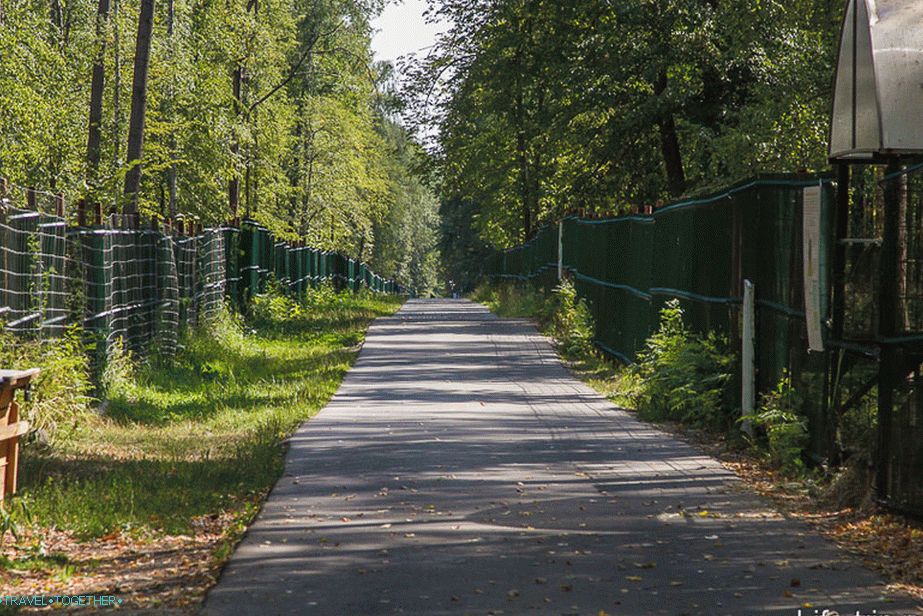 The road along the pens inside the nursery 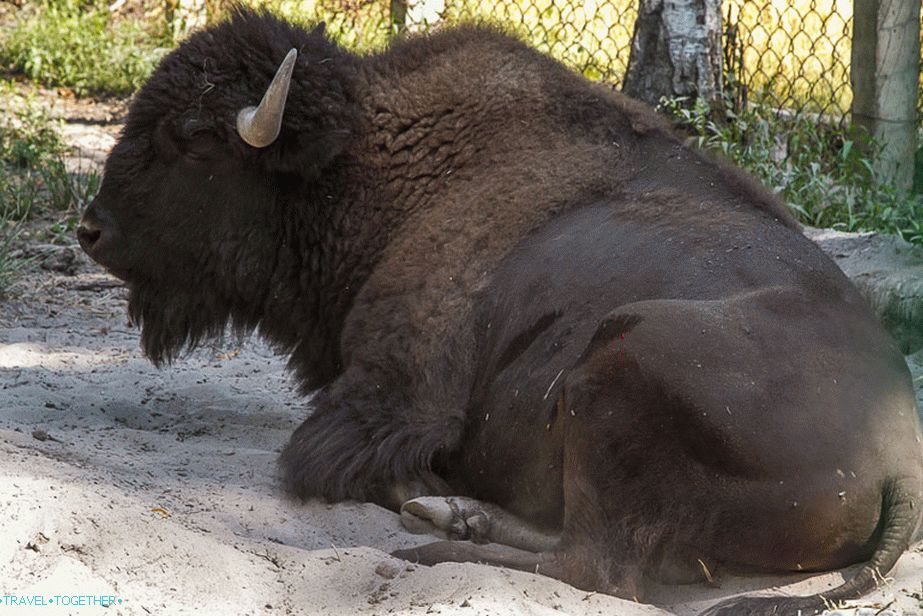 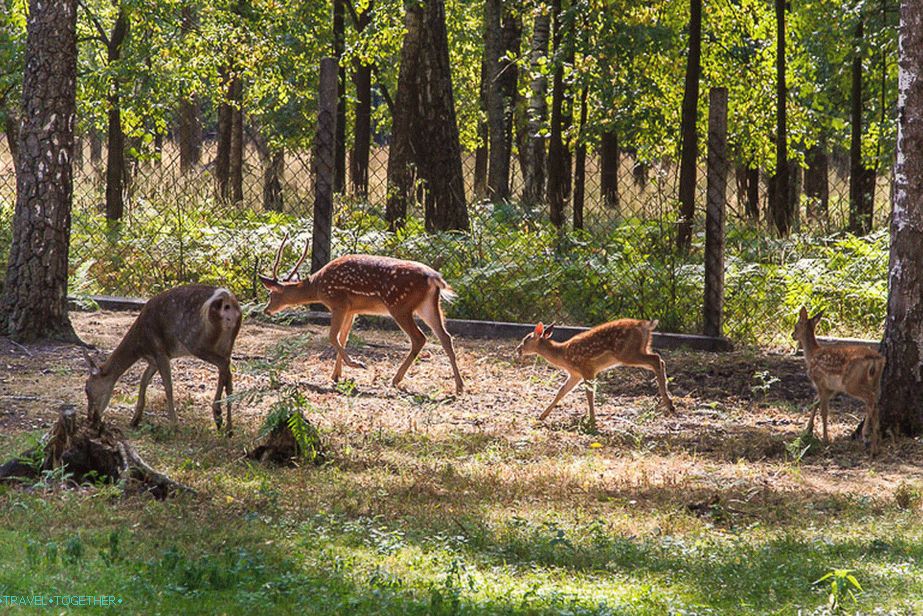 The guide immediately warned us not to count on spectacle. However, we were lucky, and when we were at the feeders, all bison were assembled, regaled. Choose a tour time, either the most morning at 9.00, or the latest at 15.00, then there is a chance to see all the families. 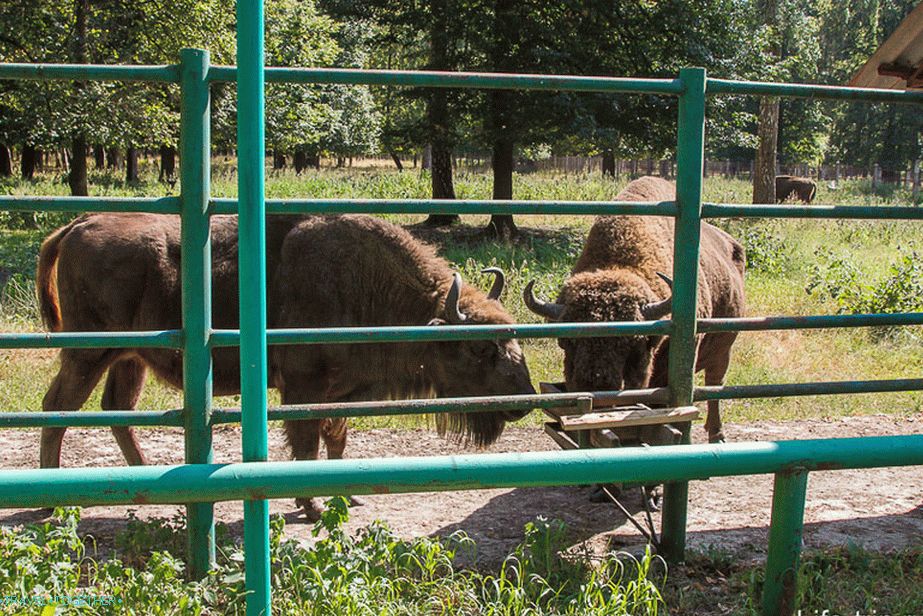 Bison at the feeder 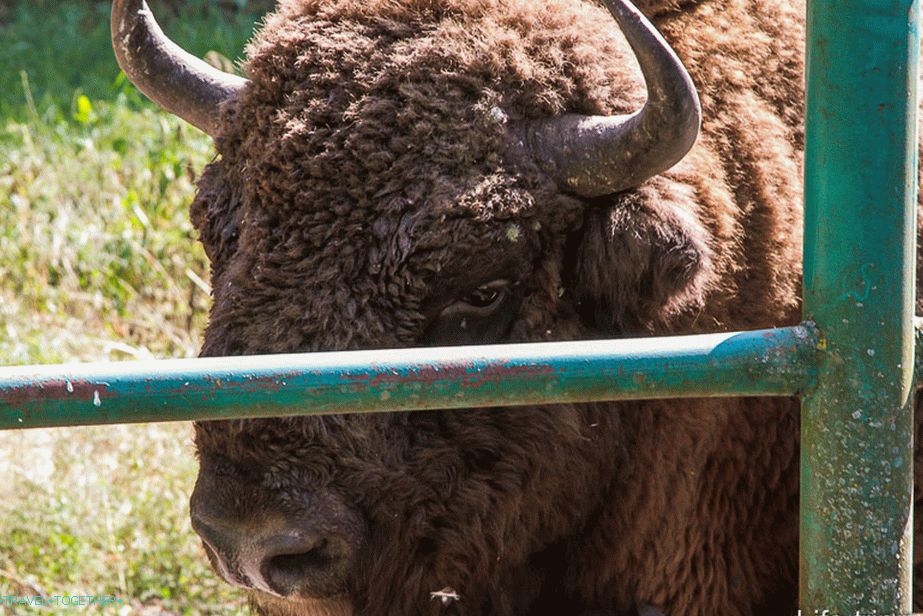 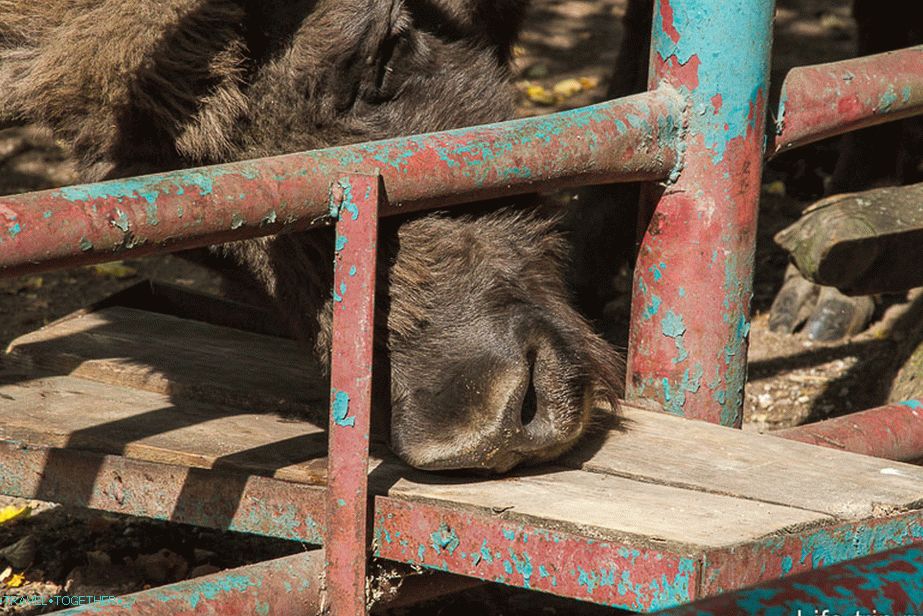 Eats to the last 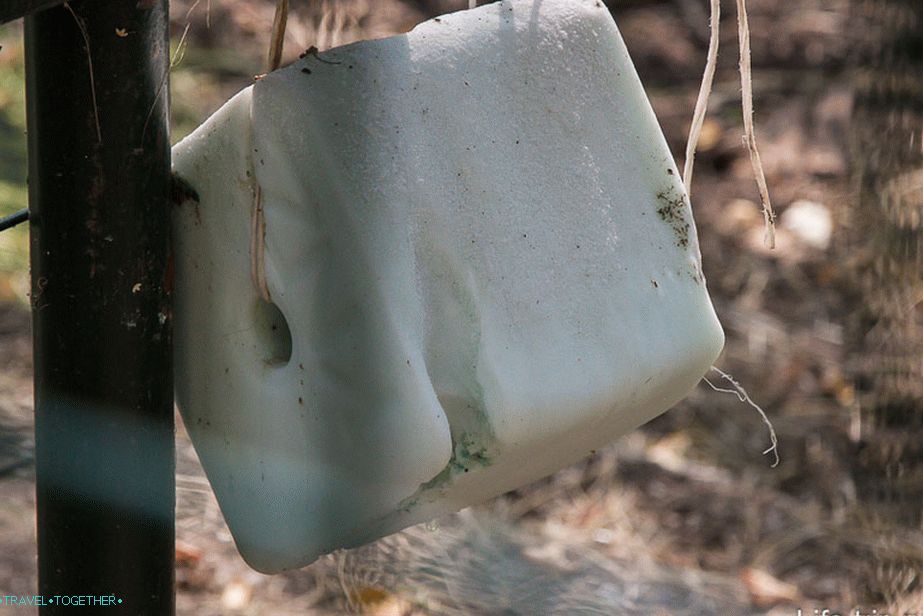 Bison are very powerful animals, as someone said, specific. Weigh under a ton, accelerate to 60 km / h, jump two meters fence. To make it easier to understand what it is, there is good Comparison with the Lada, they also drive 60 km / h and weigh the same. Just imagine how the Zhiguli fence jump, it will immediately become clear What kind of animal is this? 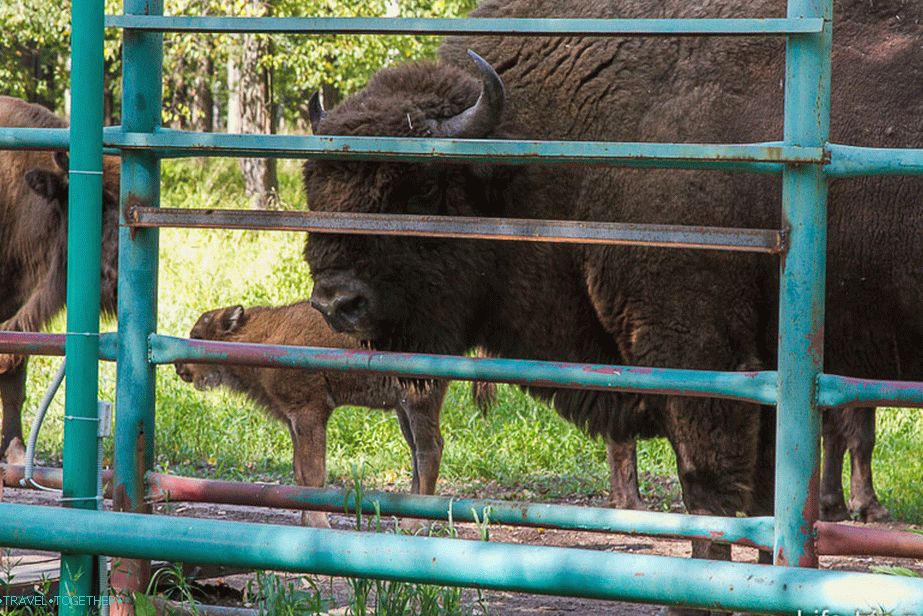 And this is a large object, the very Zhiguli

Money at the reserve is not enough, so the last 10 years the program “Adopt a bison”. Anyone can take custody of bison, paying for its maintenance – about 50 thousand rubles a year. For that you will receive moral satisfaction, the opportunity to visit him in during this year, and also be able to give it a name starting on “Mu”. According to the rules of the international program, each country has its own first two letters. I wonder why Russia got exactly “Mu”? 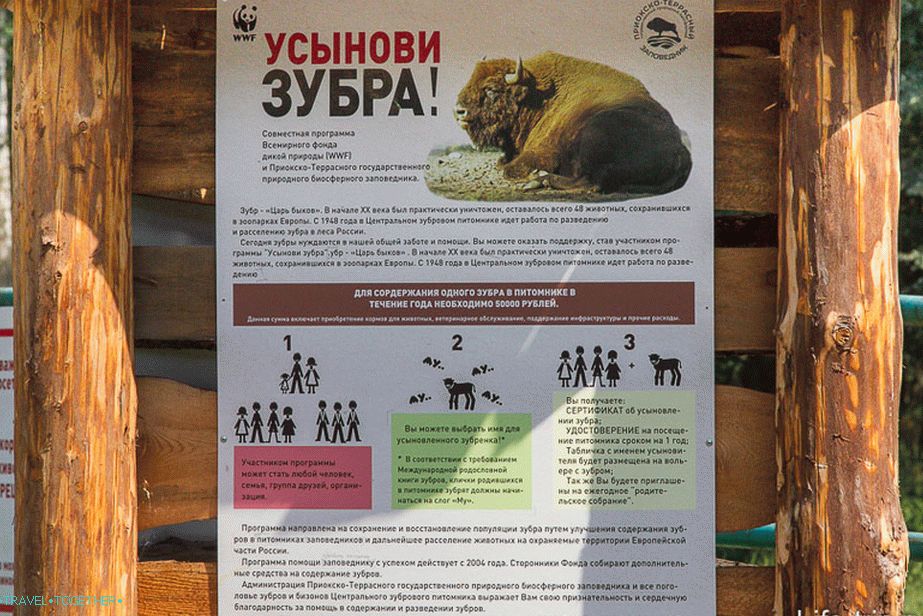 Anyone can contain bison – 50 thousand per year 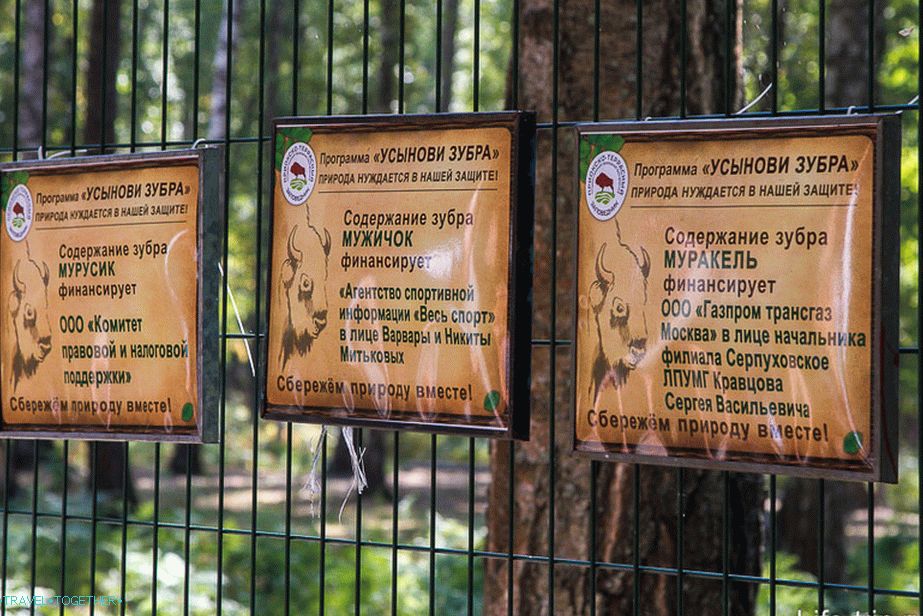 In Russia, all bison should be called with MU

The museum is located in the reserve near the box office. Usually they lead to it either before the excursion, or after. Frankly say boring museum. A pair of halls with animal carcasses and information stands. about the reserve. On the other hand, so that there could still be no mammoths with dinosaurs. The last place I’ve been is Kharkiv Museum of Nature, that’s interesting there. 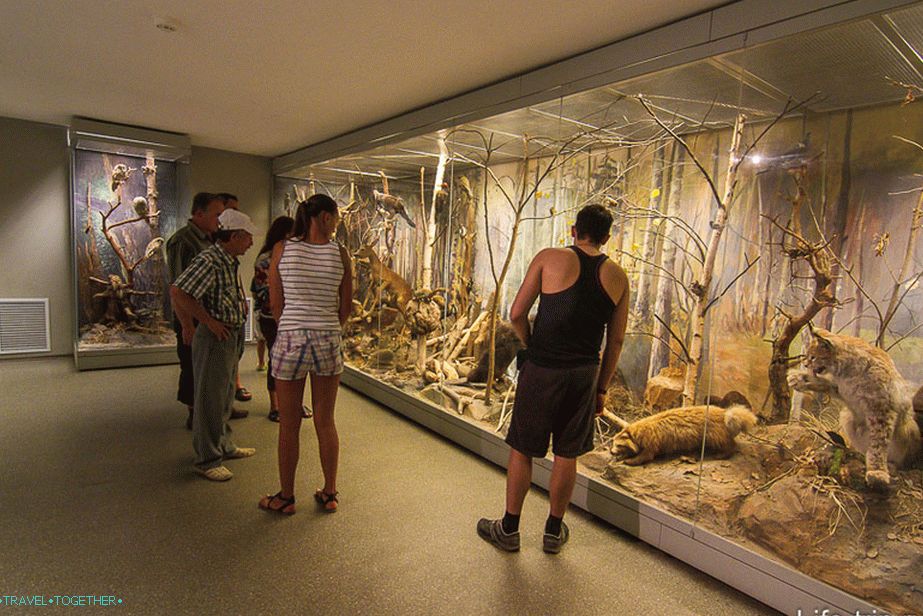 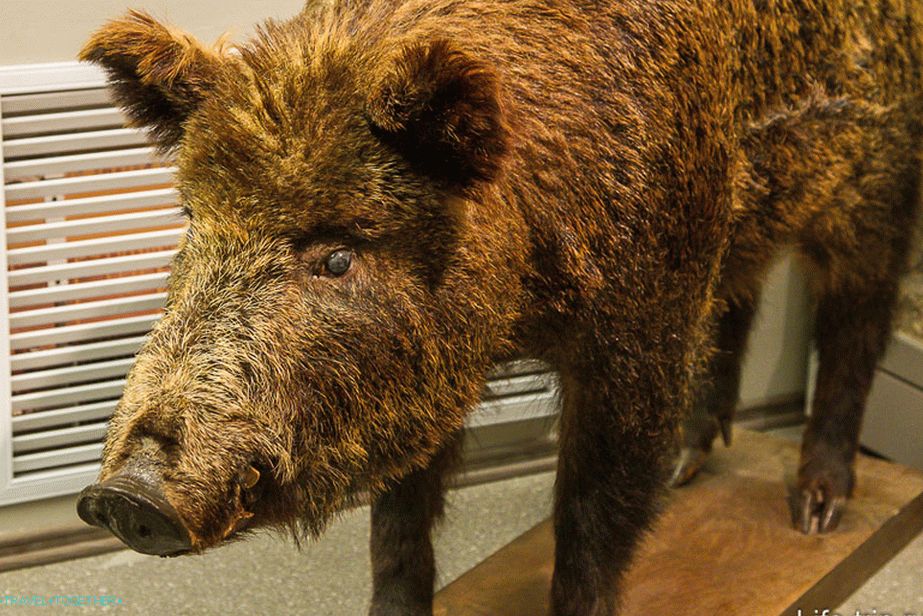 Stuffed boar in the museum 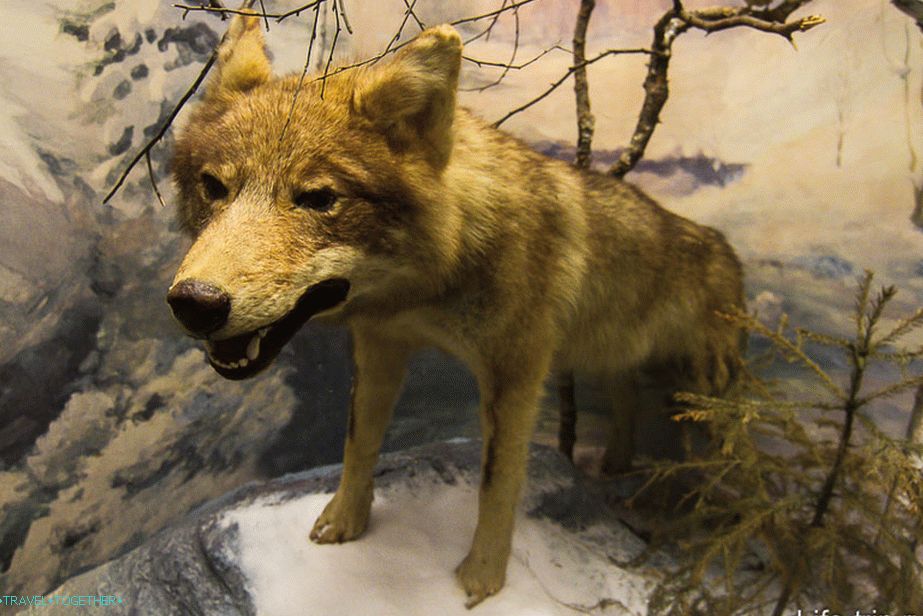 The wolf is rather formidable. 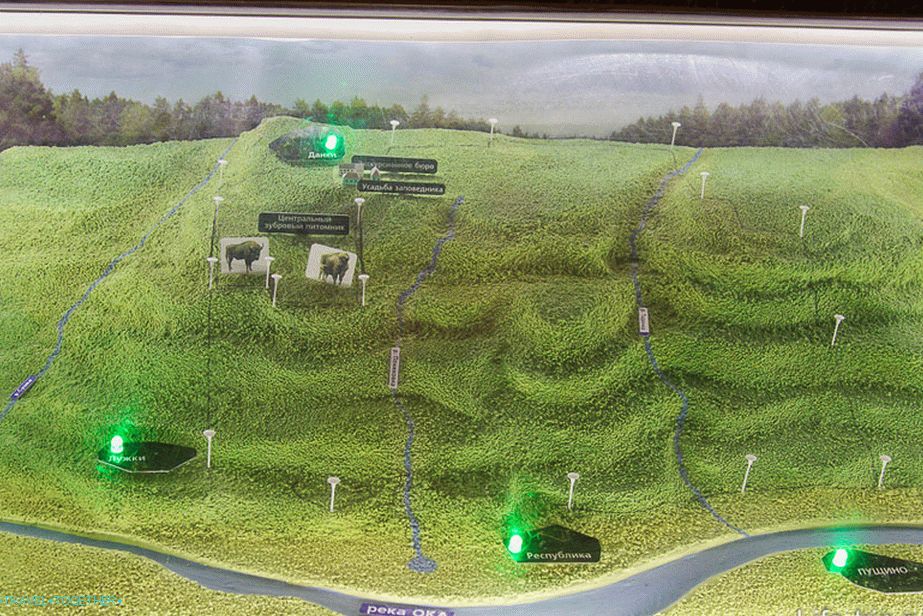 The stand clearly shows why the reserve is terraced

The official site of the reserve

The cost of excursions in the reserve 300 rubles per adult, 150 rubles children’s ticket. Or 1500 rub, for individual service. Also It is said that this price is valid for groups, not less than 4 man, but when we asked how to be, if there are two of us, and the group is not typed, we were told that nothing, let’s go at the usual price. And without guide bison can not be.

Tours are held once an hour. The first tour is at 9.00 am, the last at 15.00. We were on weekdays in the summer, and groups were recruited without problems. At the weekend, more people. On the territory there is a cafe.

How to get to the reserve and map

In principle, if you look at the map, then everything will become clear. You need go from Moscow to Simferopol highway, and turn on the sign on Serpukhov and Danki. This turn will be right off the track, but you then you need to immediately left under the bridge. Passing Danke, you will see on the right side of the road is a large oak sign, drive past is impossible. 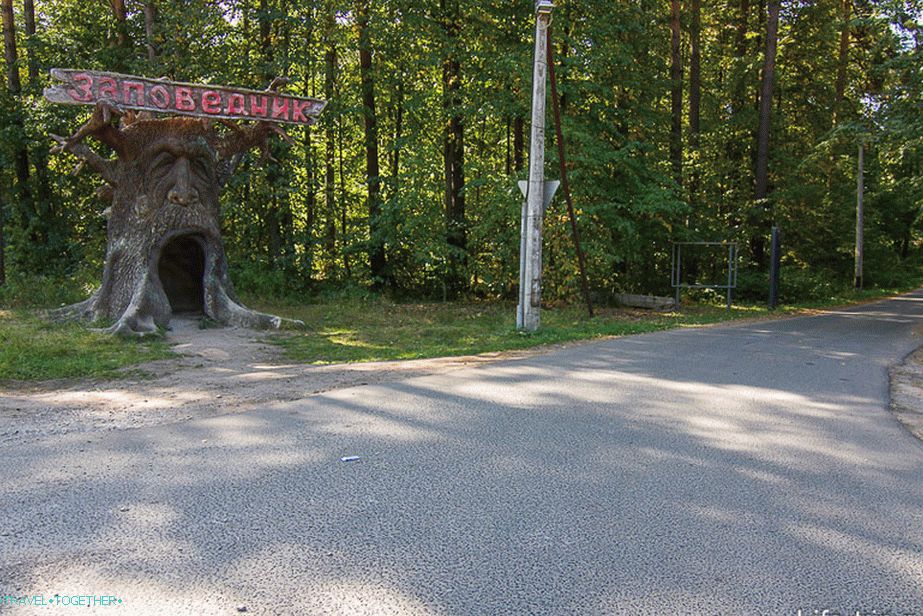